17. To give or not to give, that is the problem 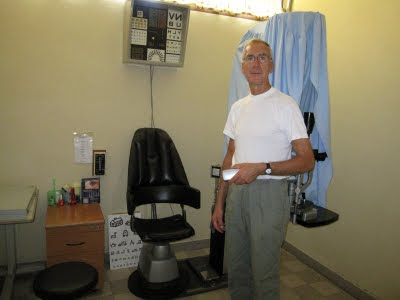 There are many charitable institutions, organizations and funds that provide help for Papua. One very private programme is by Dutch specialist, who since 1990 gives courses in eye examination for in an ophthalmology clinic of the Catholic Dian Harapan Hostpital of Abepura. Since nearly twenty years he comes yearly for period of 6-8 weeks.
We also met Tio Aritonang, daughter of my dear colleague Jan Aritonang, the Chuch historian of Jakarta. Tio worked first in Jakarta at an international NGO, then in Ternate, then in Aceh (with Cordaid), then in Poso, while she is now in Jayapura, working for CARE in a programme of two year that aims to provide good toilets and sanitary conditions, including removal of waste in one district. She is here with her young husband and their daughter, born in January 2009. Mrs and Mr Steenbrink, not yet grandparents, were allowed to accustom themselves to holding young borns during their visit to our hotel. 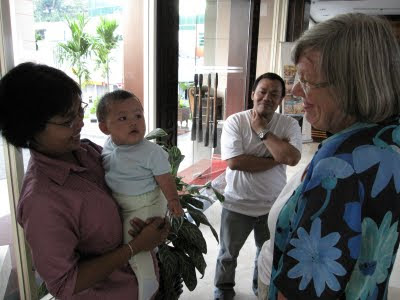 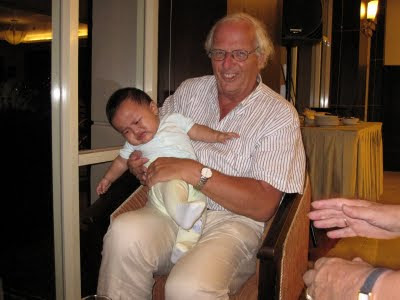 A peculiar message in the Cenderawasih Post. The district officer or bupati of the Balim vlley had given six cars to each of the major Christian churches in his region, in order that they should be able to work in the best possible way.
To quote literally: Harapan kami, gereja bisa menjadi mitra kerja pemerintah dan jangan gereja hanya mengkritisi kinerja pemerintah, tapi mereka ikut menentukan langkah kebijakan pembangunan secara bersama, according to Wempo Wetipo, Bupati of Jayawijaya. In translation: It is our hope the the Church will be a true companion for the work of the government and let the church not only utter criticism about the activities of the government, but they should join in the formulation of the policy of our common development.
This is a clear statement about the purpose of government help to churches: is it wise/necessary to receive this help?

In the same time there was a long debate about famine (or not) in one of the mountain regions. Some commentators in the Franciscan monastery of Sentani stated that the churches now receive rice at Christmas in order to give that to the needy and to their members. The result of this free gifts is sometimes that people think that they receive food and therefore should not organize their own gardens and plant sago or potatoes. Giving may kill the wish to be responbile and thus creates dependancy.
We discussed this already immediately after arrival, coming back in Amsterdam, with Floris and Inge. Inge (not here on the picture) has since long been active in ICA, an Institute for Training of Cultural Assistance. Between giver and receiver there must be a clear understanding of what is the best for the receiver! 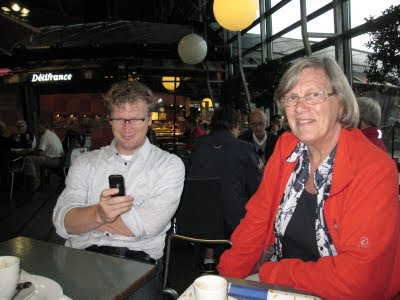