3. Gunung Kasih, The Mountain of Love in Minahasa. A sign of gratitude for the escape from religious strife.

Minahasa once was called the 12th province of the Netherlands. Nowhere in Indonesia the Dutch language was so popular. Many of its citizens entered the colonial army. Dutch was popular in education in the colonial period and the vast majority of the population had embraced the religion of the coloniser, Christianity. An other aspect of Minahasa is that it was in the early 19th century so oppressed (through compulsary crops of coffee to be sold at a low price, read again the beginning of Max Havelaar) that the population had no other way than just to give in to Dutch demands.
Whatever it may be, Minahasa was quite lucky during the economic crisis of the period 1997-2002: its coffee brought many more rupiahs, thanks to the devaluation of the Indonesian currency.
When in 1999 the Ambonese civil wars started, many refugees came to Minahasa (also from Ternate and other section of Halmahera). There were Protestant and also some Catholic militias who wanted to fight back. During a walk through Jalan Sam Ratulangi we saw a sign of the LC Legium Christum or the army of Christ. It could have turned into a violent group, but finally it was not more than a group of Catholic youngsters who now control the surroundings of the Catholic Churches at Christmas and Eastern, often together with Protestants and Muslims. They have some kind of uniform and seem to be not too active for the rest of the year. 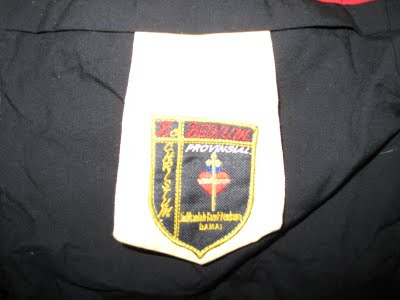 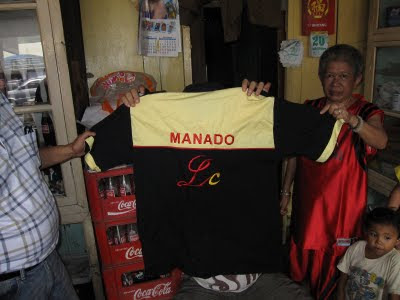 In this weekend the Legium Christum held its national convention in Surakarta and the local leader was not present and could not be interviewed.

In 2002, as an act of gratitude because the inter-religious wars had not reached, a former governor started the building of an exceptional place of pilgrimage, Gunung Kasih or the Mountain of Love. Amidst a stunning nature reserve, a steep hill with many volcanic outbursts, a way of the cross with fourteen stations was build. On top a plateau was decorated with a common room and a row of five place of worship: from left to right a Catholic Church, a Buddhist and a Hindu shrine, a mosque and a Protestant church. Standing next to each other as a monumental act of grace to God that interreligious harmony was kept in this region and not disturbed through militant groups as elsewhere in the region. 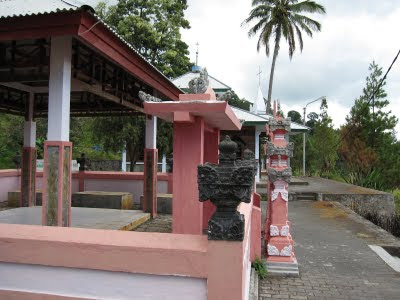 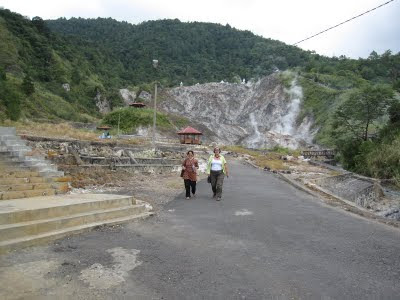 Above Paule Steenbrink-Maas (right) with Kemerlien Ondang, writing a dissertation on the role of women in the interreligious discourse of Indonesia. On top a view of the Balinese-Hindu shrine in the centre of the row of five place of worship. Below an impression of the natural forces present in this special location. 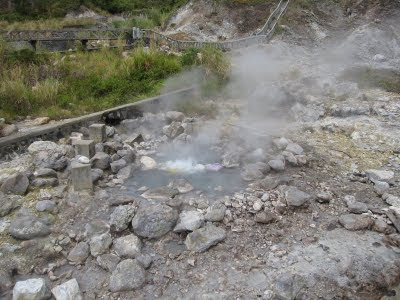