16. Henk van Mastrigt, a friend of Saint Francis and Butterflies of Papua 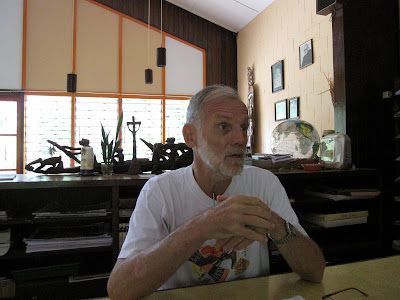 One of our interviews in Jayapura was with the Franciscan (lay) Friar Henk van Mastrigt. Born in 1946 he studied business administration and economy at the Erasmus University of Nijmegen. In the early 1970s he entered the Franciscan order and was sent to Jayapura to serve as the economical manager of the diocese. He found many people of good will, trule devoted to their work, but a financial mess. This was no exception: of all the Indonesian dioceses only Jayapura could claim that it had a professional accountant and economist as the bookkeeper. It took him several years before the administration of the diocese was such that he had an overview of obligations and income. He esteems that, like Manado, but much different from Ambon, the financial state of the diocese is well in order. The rich parishes of the pendatang or recent arrivals support the poorer parishes of njativa Papua people. Besides, especially some of these people of the mountain regions in inland Papua like the Dani of the Balim valley consider facilities like churches, clinics and schools only their 'own' when they have paid for it. They are quite proud people and do not like to be dependent. 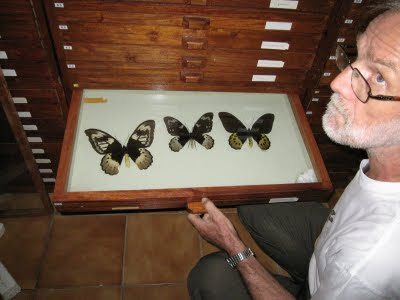 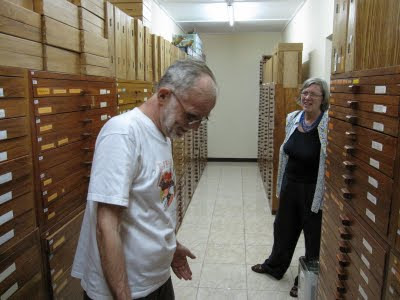 Van Mastrigt has developed a special sense for the beautiful and very rich nature of Papua and concentrated in his environmental work on the inventory and classification of butterflies. He has specimens of some 60,000 butterflies and cooperates with international wild life organizations as well as with the department of biology of Cenderawasih University. It is all in the parish house of Saint Francis Church of Jayapura in fully airconditioned conditions with good modern equipment and some extra staff. Saint Francis will like to see this love of nature with some member of his order!
Gepost door Karel Steenbrink op 02:27