18. I Nyoman Paskalis and the Legacy of the SVD Order in Bali


Our long trip to East Indonesia ended where it began, in Bali. We arranged again the good hotel, nice swimming pool, beautiful envinroment in statues, images and plants. Still, we made some trips. First to the Protestant hotel annex church, Dhyana Pura (see a History of Chriatianity in Indonesia page 738-9. This was quite a deception, because it is very Calvinistic: no statues in the church, very few images and more a rich Western style church than a masterpiece of Balinese architecture. No 5 below is an image of the visitation, a must for us to give to Marianne Papavoine, born on 6th June sometime ago.

Much better was the day-trip offered to us by SVD priest Paskalis I Nyoman. We visited the new Cathedral, a truly grand cathedral, full with statues, white marble against these nice small red Balinese bricks. The cathedral has a great basement for parking, because Denpasar has become a great town. 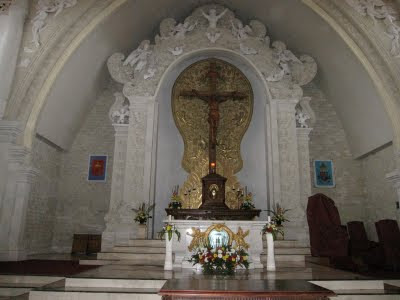 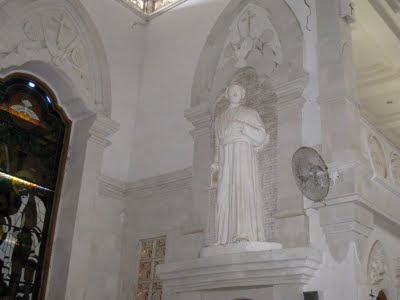 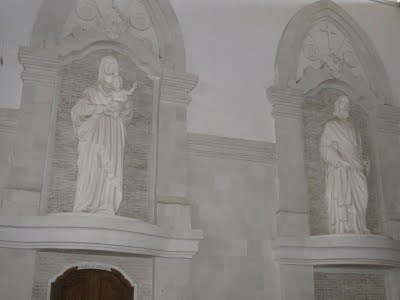 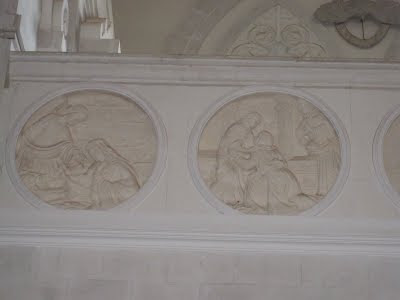 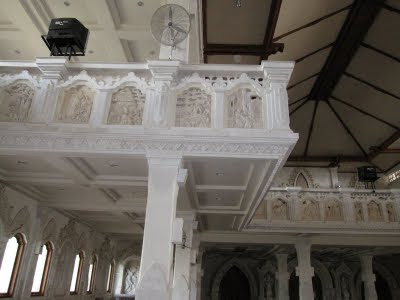 Second place was the SVD parish Church of Saint Joseph. In grand design similar to a small church, but in details so rich and very Balinese. Notice the kayun with the two first human beings, but also the eye of God! In the midst of traditional Balinese framing there is a kitsch copy of Michelangelo´s pieta. 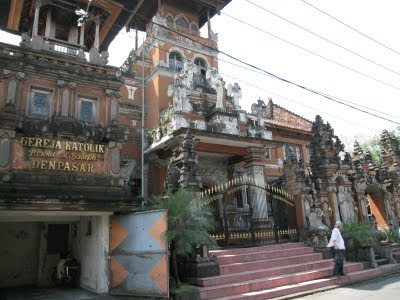 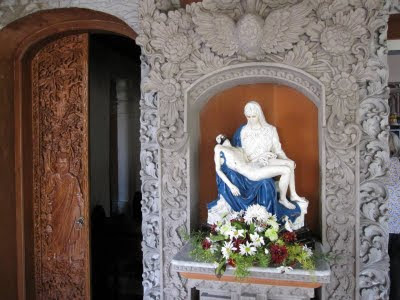 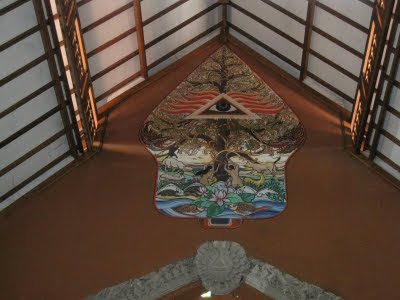 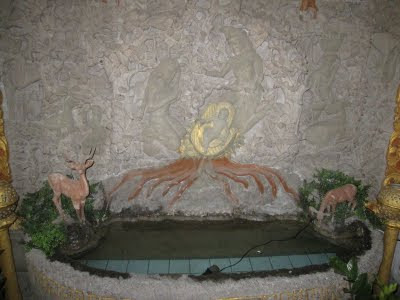 A third and last place to be shown here)we saw many other chapels and churches with Father Paskalis' is the first church, built in the style of an open pendopo, no walls, the sacred place is in the wall itself like the tabernacle, also for the sacred scripture, because in Balinese temples Holy Scripture is not shown openly for alle believers. There is here, in the Catholic/Balinese village of Tuka, just north of Den Pasar, once a month a Mass in Balinese. Further Indonesian has gained a place of prominence instead of Balinese. 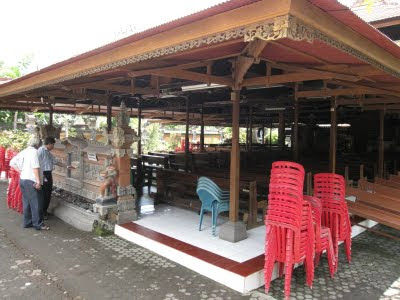 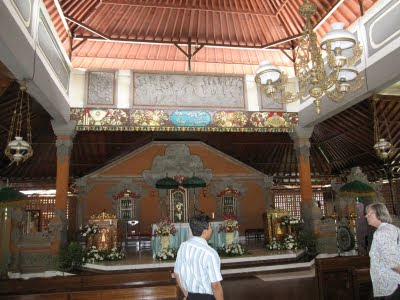 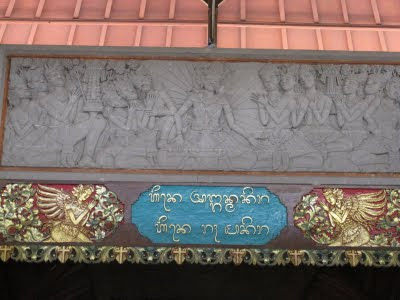 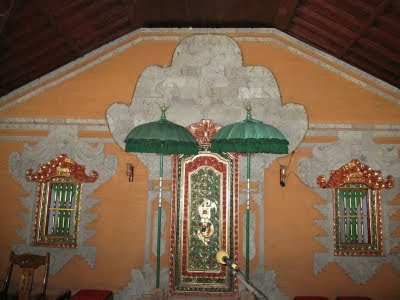 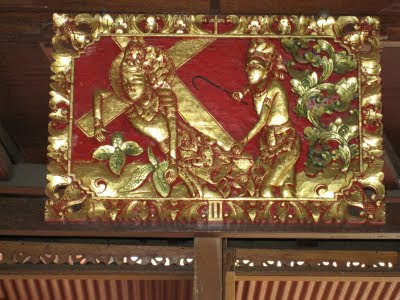 Not yet enough pictures! The parish house of Tuka is also the SVD centre for the whole of Bali. The religious orders loose more and more their dominant position, that they held until the 1980s. Since then the diocesan clergy has taken over most of the routine pastoral work. The SVD in Bali hope to retain two centres: this one in Tuka and the Northwestern Palasari with the Catholic village that started in the late 1930s. In Tuka and Palasari it is native Balinese Catholics, while in other places its is mostly pendatang, Catholics from Flores, Java and other parts of Indonesia in the flock.
Besides these two Balinese centres, the SVD still have a foundation for schools, from primary tot high schools. For the time being, they will takle care for these institutions as well and our friendly host, Father Paskalis I Nyoman, is the caretaker for this foundation.

In Tuka the SVD take care for the best library of things Balinese, started by father Simon Buys and Father Shadeg. Unfortunately, its location is quite isolated not so easy to reach, but amidst one of the most beautiful sceneries of green rice fields!

Finally, below, the Virgin killing the devil in the form of a truly Balinese naga. 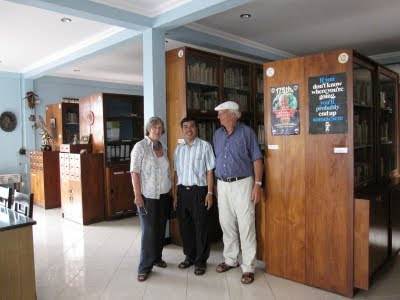 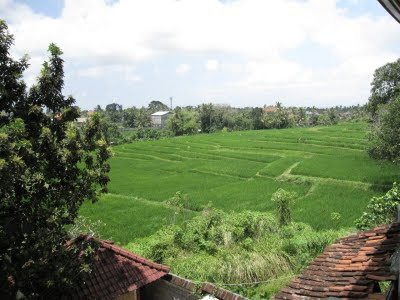 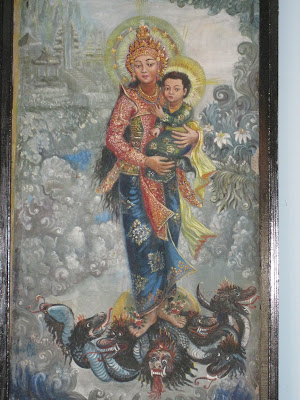