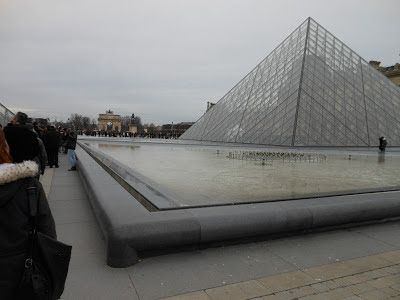 3-4 February I was in Paris for the evaluation of IISMM, the Institute for the Study of Modern Muslim Societies, a cooperation of French scholars. I took the opportunity to see also the new section of the Musée du Louvre, L'art de l'Islam. There was long row op people waiting at the entrance, but it was a quick procedure because the first Sunday of the month it is free.
The name is quite significant. There is in Paris already a nice collection of Islamic Art. But this is in the Institut du monde Arabe. That was the condition 25-30 years ago: not Muslim, but Arab. Since then politics, culture, discourse has changed and it is not Islamic Art that is important! 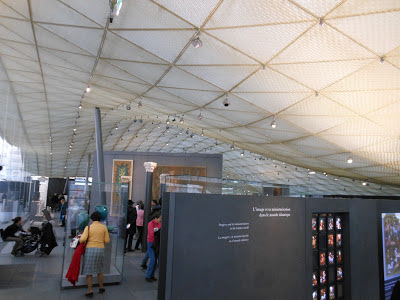 The exhibition is on two floor: the upper floor was until recently the last open square in the middle of the oldest part of the great palace. In fact it was the central square of the mediaeval castle. Now a basement has been made as an extra floor below the ground and above this ground floor a giant construction like a bedouin tent has been placed to cover this floor.
The collection has seldom special Islamic flavour: it show the usual art pieces of the affluent: glass work, decoration, lions and birds, beautiful carpets. It is divided in periods and geographical region. But nothing about Indonesia or Southeast Asia in general. Even in the chronological division this region has been forgotten. Curious, but very French! 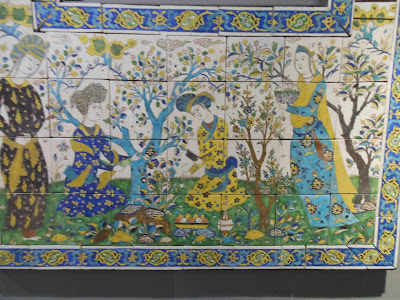 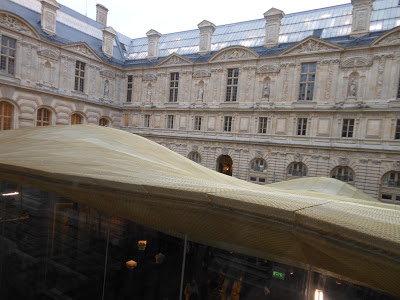 Above a Persian garden with ladies that very Chinese! Below the view from another section of the museum on this central square of the old castle with the tent covering the exhibition of Islamic art. 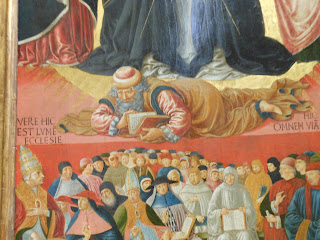 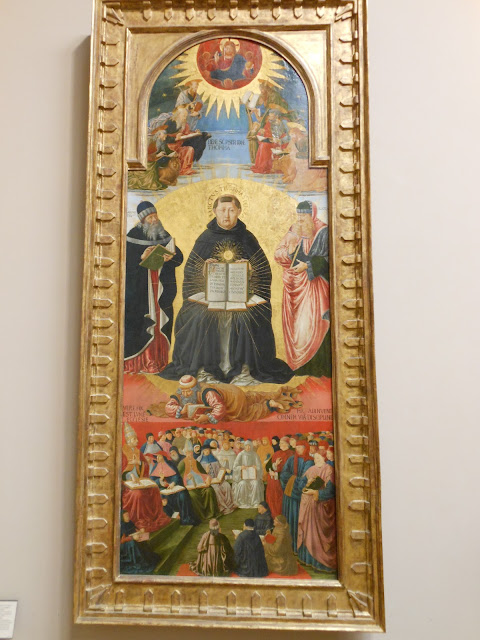 I found also the painting of the Triumph of Thomas Aquinas over the Arabs, where Ibn Rushd = Averroes is painted as having said: vere hic est lumen ecclesiae, He (= Aquinas) is  truly the light of the church.
Gepost door Karel Steenbrink op 00:13 Geen opmerkingen:

Crossing the boundary of death: the persisting hope of Anton Houtepen 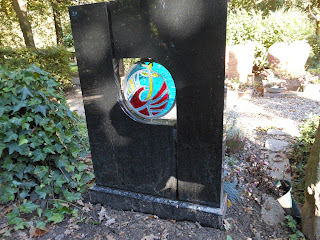 A few months ago we visited the grave of Anton Houtepen. It is an unconventional but very moving and meaningful monument: the black stone has a true heart in the middle, a stained glass piece of art with the symbol of the ecumenical movement, a sailing boat, the cross, the symbol ot the World Council of Churches. Like Jesus amidst storm in sea, hope and trust. 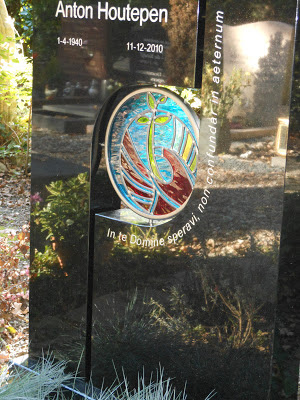 The text is quite simple, just Anton Houtepen,  April 1940 and 11-12-2010. Those present still remember the heavy snow, the wonderful walk through a park to the graveyard. Silence, white snow and this powerful Latin text of the glorious hymn Te Deum. It simply reads: In the Domine speravi, non confundar in eternum. It is taken from Psalm 30, also in the last verse of Psalm 70: Lord, in You is my hope; I will never be disappointed. .. It was quite difficult to make a good picture of this monument. The black marble is shining and in some picture I stand here at the grave, broken, as we were at his untimely death. 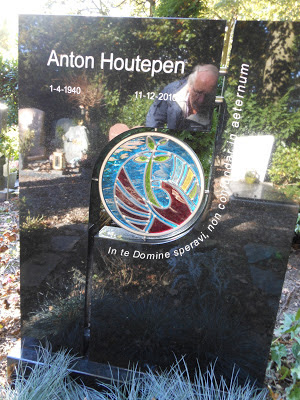 The day we visited  the grave, was again one occasion when Hans Küng was in the news again because of his protests against the lasting Vatican policy about or rather against debates on celibacy, the central position of Pope and Bishops in the Catholic community. Küng wanted that the Pope should be deposed because of 'Putinism' ruling like the Russian President Putin, as an absolute ruler. What should Anton Houtepen have said about the present state of the Catholic Church, in Rome and in Utrecht?
Also in the field of his first research, the papal infallibility, Küng was more radical than Houtepen. Anton wanted to give it a true and mild hermeneutic interpretation, as a side-step, only to be used in uncontrollable situations the pope should have full authority. But this was for very restricted occasions only. Küng was more radical: he found the whole Vatican I a mistake and the teaching of the infallibility as a wrong decision. 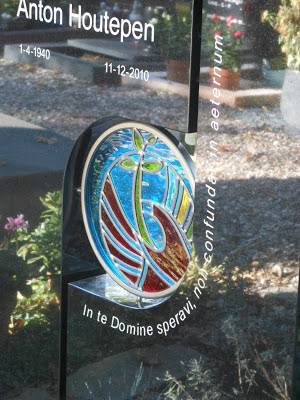 We also passed by other graves in this graveyard. Quite prominent is the memorial for Cardinal Bernard Alfrink. There is also a monument for the very conservative promoter of Latin Liturgy Father Winan Kotte who also had a text in Latin on his grave, ab eterno requisivi Dominum, I have sought God from eternity..

Anton, here in the cold ground of Barbara´s Graveyard waiting for the Great Festive Meal in the end of times? We are not so assured about all these future promises, but with Eelkje and all old friends of Anton we still enjoy the days of Lord here on our earth.