Many mental versions and images of the Trinity

In the journal of the Yogyakarta Protestant Theological Faculty, Gema Duta Wacana Gerrit Singgih wrote a nice review of the Indonesian translation by Tom Jacobs of a small book (128 pages) on the Trinity by Herbert Vorgrimler. The German title of 2003 is Gott, Vater, Sohn und Heiliger Geist, but Jacobs/Kanisius published it in 2005 with the title of Trinitas, Bapa, Firman, Roh Kudus.
As a biblical scholar Singgih is quite keen on the difference of approach between the more philosophical and the scriptural analysis in the book. The variations in the Gospel of John (where Jesus declares himself united/one with the Father, but different and even obedient in other places) are not seen in the dogmatic doctrines.
Singgih mentions that Vorgrimler quotes a ban on the icon of Rublev by the Vatican in 1750: it should lay emphasis too much on the inter-Trinity debates and relations that are basically unknown to us. 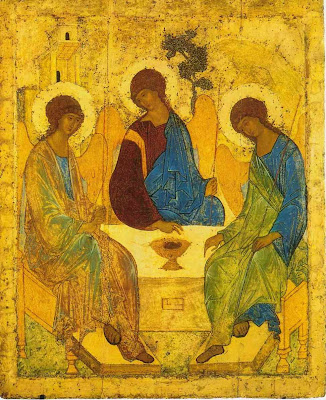 If this icon shold not be seen as an image of the Trinity, then the image by Iko/Schmutzer for the Catholic Church in Ganjuran should be banned surely: it gives the Trinity an even more human face with two bearded (father and son) and the Holy Spirit more or less like a young lady! 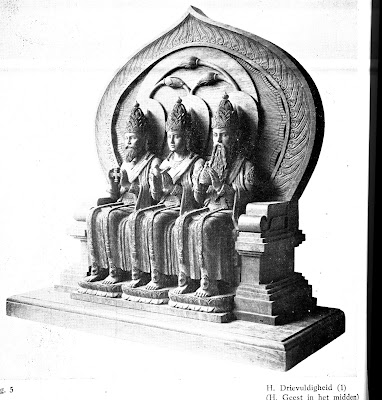 The founder of the SVD, Arnold Janssen, had a great devotion to the Holy Spirit and was sometimes irritated by the popularity of the image of Jesus with the Sacred Heart on his breast and he wanted to have a statue of the Holy Spirit, also as a full sized man, but with the dove in his hands. It was made for one diocese in China with Vatican permit, but this was later even withdrawn.

Singgih himself mentions that in Taizé the Rublev icon was very popular. He pleads for a postmodern tolerance: because we do not know much about the inner life of the Trinity, we should realize that Christians in Indonesia live in a country where Muslims are quite sensitive and even negative about Trinity-talk, but among Christians a greater variety of opinions in this respect should be tolerated: not one precise doctrine, but rather many devotions, such as people like it.
Gepost door Karel Steenbrink op 22:16 Geen opmerkingen:

It took some time, but now my article on Buddhism in Muslim Indonesia has been published in Studia Islamika, Indonesian Journal for Islamic Studies, volume 20, 1:1-34. I tried to include here the Powerpoint presentation with the images but I was not successful. Anyway I copy here three of the PPT slides. Those interested can send a request to karel@steenbrink.nu for the full presentation. Enjoy the visual besides the text! 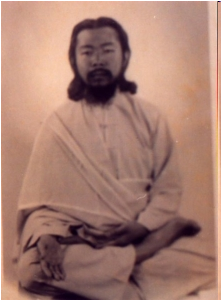 This is Tee Boen An, later renamed Bikkhu Ashin Jinarakkhita. 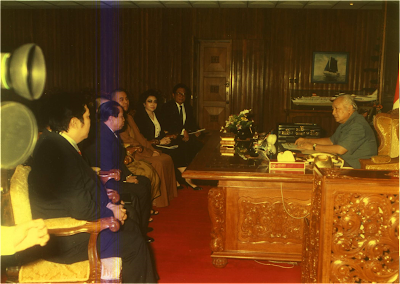 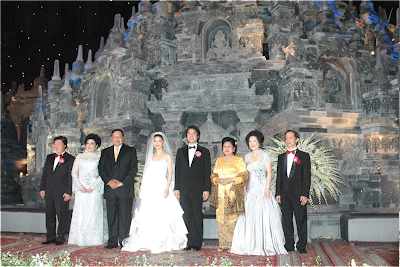