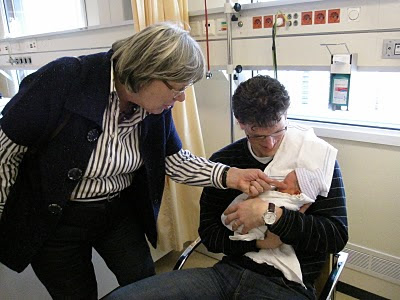 Dear readers of this weblog, friends and those interested,

On 18 December our first grandchild, Sophie, was born to our second son Stijn, married to Irene Vink. The birth was somewhat premature, after only 34.5 weeks of pregnancy and mother and child had to stay in the hospital. But everything seems to be OK. We are very happy with this new member of the family. It was for us also the ultimate sign of our old age, or rather of our maturity: more than ever before we realize now that the younger generation has taken over the responsibility to steer the dynamics of life.
This year we have several times realized the limits of life: Paule had a severe accident, while coming back home from down town Utrecht on her bicycle. It was perhaps a typical Dutch accident, with only bicycles involved, but in a crowded street. She had a severe concussion of her head, was for more than one hour unconscious. In November she had to undergo an operation to remove cataract in her left eye. It was very successful. For the rest we stayed healthy and even were able to travel during one month (17 August until 17 September) through Indonesia: Minahasa, Ambon and Papua, new areas for us and quite primitive as to lodging and travelling. A long report is in the weblog http://relindonesia.blogspot.com/. Karel is still active in teaching and writing. A new experience was a course in Islam for Hibernia College, the Open University of Ireland. He was teaching at HOVO, courses for retired people, where Islam is a hot topic nowadays. He accepted a series of courses to substitute for one year a colleague at Kampen Theological College. We went together to a wonderful conference about the Gülen Movement in Potsdam, near Berlin and had time enough to visit the palaces and museum of these places. Karel even went to a conference in good old Montreal with a paper on “Buddhist in Muslim Indonesia”. But much of our free time is dedicated to research on the history of Catholics in Independent Indonesia. The trip to Indonesia was for this purpose and we found thrilling new archives and many resources on the subject and this certainly will become another thick book, if we have good health long enough. Paule is quite busy with the family magazine Steenbrink Times and accepted a similar job for the ecumenical congregation of St. John’s Church in Utrecht, where Karel is still singing in the choir.
Floris and Inge lived this year their first full year in the new house in Amsterdam and they enjoy the garden, the greater space in the house and their new environment. Floris had some hectic periods with his company Cisco, when on the national level problems arose in the telecommunication system. Inge does much travelling to difficult countries (Bosnia, Georgia, Romania) to instruct former communist countries in the mechanism of civil society and volunteer work.
So, all in all, we are glad with life, count our blessings and wish the same for you, Karel and Paule Steenbrink 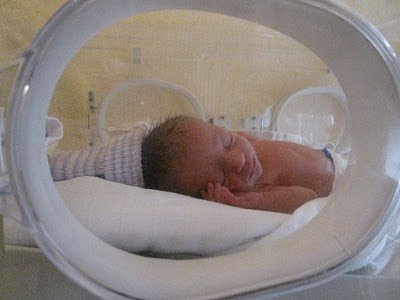