In the small town Culemborg in the rural central region of the Netherlands, commonly called 'between the rivers', a small community of Moluccan people live in Diepenbrochstraat. There is a much larger group of people of Moroccan offspring, some sources even mention 20% out of a population of 27,000. Since 1993 there have been some clashes between small groups of Moroccan and Moluccan youth gangs.
In early September 2009 there were conflicts, about a damaged car. Earlier about two Moroccan children who were removed from a playing ground. Stones were thrown in houses. New Year's night 2009-2010 a group of five Moroccan attacked a Moluccan house, driving backward while some people were standing in front of the house. The fence before the house was damaged. Two Morrocan youth were taken out of the car and seriously hit by the Moluccan men, before police arrived.
Also on 2 January 2010 there were riots between the two groups. Stones and Molotov cocktails were thrown to houses, but no serious damages other than broken windows occurred. Special police forces now are in the region.
One comparison with the Moluccan wars 1999-2004 van be made in this respect: the weak position of religious leaders. Police had asked mosque leadership to convince the youth to refrain form these actions, but they had no influence at all.
Major goal of violence was the restoration of prestige. Expression of a culture of shame or at least a culture where people do like be proud of their influence and power albeit in a very small circle. 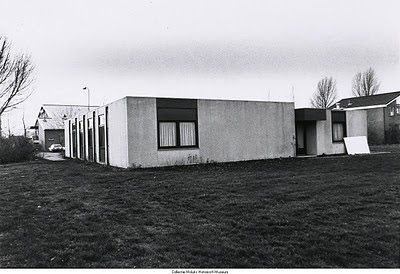 Above the very modest Moluccan Patasiwa Patalima Centre of Culemborg. The Geredja Maluku is somewhat better but also needs restoration. There are plan to build a new church and attach apartments for older people. The Moluccan group has many older people who want to stay in the own environment.
Gepost door Karel Steenbrink op 00:26 Geen opmerkingen: