The Pilgrimages of Albertus Laksana


Albertus Bagus Laksana SJ, Journeying to God in Communion with the Other. A comparative theological study of the Muslim and Catholic pilgrimage traditions in South Central Java and their contributions to the Catholic theology of communion sanctorum, Doctoral Dissertation, Boston College, 2011, 663 pages. UMI Dissertation Publishing no 3499300.

Indonesian Muslims, especially in the Central Javanese plains, cherish a large number of shrines. Some are small, but there are also elaborate monuments that attract thousands of pilgrims once in 35 days, at the concurrence of a Muslim day in the schedule of the 7-days week and a traditional Javanese day within a week of five days. This calendar already shows the characteristic of these Muslim shrines: they are also related to pre-Islamic traditions and important figures. Laksana gives detailed historical and modern descriptions of three Muslim shrines in his first part. They were created over a long period of time: the shrine of Tembayat is centred on the grave of the first preacher of Islam in the region, around 1550, while the shrine of Turgo Hill is a quite recent ‘invention’ of the 1980s. The second part (187-426) is a substantial description of three Catholic shrines, all created between the 1930s and the 1990s. 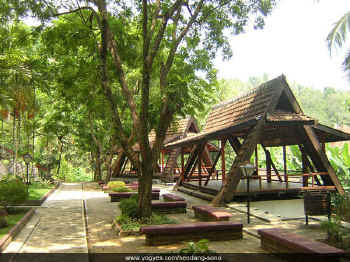 Architecture in Sendang Sono by Yusuf Bilyarta Mangunwijaya: no big cathedral, but many small places to talk, chat, pray in the pleasant cool mountains close to the big Sono-tree where water is pouring down.

The first is a Catholic place of pilgrimage, called Sendang Sono (Pond of the Sono Tree). This is an adaptation of an existing well, high in the central mountains not far from the ancient Buddhist Borobudur temple. In this well the first larger group of Javanese Catholics were baptized by Father Frans van Lith in 1904 and already in the 1930s a stream of pilgrims started. 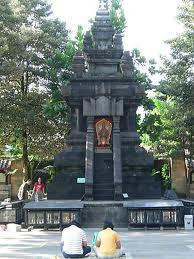 Like a small Prambanan temple, built in the late 1920s as a Sacred Heart shrine: Ganjuran.

In Ganjuran, not far from the southern beach of Java (traditionally a sacred place where the Goddess of the Southern Ocean is venerated), a shrine was built in 1930 for the Sacred Heart of Jesus in a style that was more or less a copy of the Hindu shrines near Prambanan. The initiator was a pious and rich Dutch owner of a sugar plantation. After 1950 this place was more or less neglected, but in 1988 the Indonesian priest Gregorius Utomo started a revival of the shrine that was very successful and since then the celebration of the procession in June (Sunday of the Feast of Holy Heart of Jesus) has become one of the big events among Catholics of Indonesia. Water was found at the place of the shrine and some miracles took place. 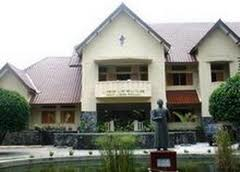 The third Catholic shrine is in the town of Muntilan where the first missionary Frans van Lith, the first martyr, diocesan priest Sanjaya, and some other ‘ancestors’ for Catholicism in Java have been buried in graves that resemble the Javanese Muslim graves. In 1935 it was forbidden by the Church authorities to pay visits to these graves, but after the 1960s they were gradually opened for pilgrims and in the 1990s a museum for the early beginnings of Catholicism in Java was built, a monument for the pioneering missionary and for the martyr of 1948 (who died amidst the war of independence against Dutch colonialism). Laksana pays much attention to the hybridity between Javanese-Muslim traditions and Catholicism. This is not only found in the architecture and some rituals (burning of incense and offerings of flowers on the graves, holy water to be taken home, pilgrimage as a method to seek material gain, marriage partners, pregnancy, healing from diseases), but also in the uttermost purpose of pilgrimage that he defines as a quest for tentrem (peacefulness) and slamet (integral wellbeing). I found it striking that these are all this-worldly goals. The Virgin Mary plays an important role in the shrine of Sendang Sono, also called ‘the Lourdes of Indonesia’, but the person of Jesus remains quite vague and not elaborated even in the Sacred Heart shrine of Ganjuran. Is this a reflection of the Muslim environment where an emphasis on Jesus as son of God is not really appreciated?  The third part of the dissertation wants to apply the proposal of Francis Clooney for a comparative theology to the two series of places of pilgrimage. This is done in two concluding chapters: chapter 8 elaborates the conflicts (Catholics as a remnants of colonialism and as traditionally anti-Islamic) but also the possibilities of sharing a spiritual milieu, a common culture of devotion. Laksana considers a true Indonesian Christianity as the result of ‘religio-cultural negotiations and interactions between different entities such as Islam and Christianity’ (440). From the first foreign missionaries this acceptance of Javanese elements has been a consistent strategy, but during the last decades it developed bottom up, slowly and in a natural way. The places of pilgrimage are also the places to remember the pioneers and saints in Javanese Catholic history. Laksana notes with some regret and envy that ‘in a rather stark contrast to Roman Catholicism, Sunni Islam has no official list of saints’ (490). Therefore the role of saints can develop more easily. In a very long last chapter 9 (504-596) this comparative theology is further developed in the idea of communio sanctorum. Already on p. 468 Laksana compared the Muslim idea of isnād (some kind of ‘apostolic tradition’ in preserving the memory of the Prophet and the first generation of faithful) to the concept of the more general communion of the faithful. In the last chapter we are no longer in Indonesia, but in a broad group of Christian theologians (especially Elizabeth Johnson, but also Louis Massignon, Yves Congar, Jürgen Moltmann, Henri Corbin) and Muslim mystics like the great master ‘Ibn ‘Arabī, besides Al-Hallāj, Al-Ghazzālī and others. There is still an echo of Pope Benedict XVI about his visit to the Great Mosque of Amman, Jordan, where he stated that all places of worship ‘from the ancient to the modern, the magnificent to the humble, all point to the divine, to the Transcendent One, to the Almighty’ (438). 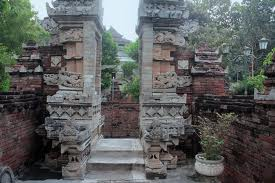 In the concluding chapter Laksana again and again stresses that ‘double visiting’ (pilgrimage to a sacred place of another religion) will enrich and deepen the understanding of one’s identity, will produce peace of heart, but a Catholic will always pray as a Catholic. Here I had two basic questions that I like to illustrate with two personal anecdotes about these shrines. The first question is about the anti-pilgrimage tradition in both religions. Protestant Christians, but also quite many Catholics as well as many Muslims have fundamental problems with this practice of popular religion. In the mid-1980s I was teaching at an Islamic University in Yogyakarta. With a Muslim colleague I visited the grave of Tembayat. Below the hill where the saint is buried, a row of women sold incense and flowers. I bought a sachet. My Muslim colleague, a modernist, reproached me: ‘We come here for observation, not for participation.’ I replied that I was brought up in a Catholic tradition and loved pilgrimages with all the folklore. He smiled, but could not understand this mixture with a Western Catholic. This opposition to pilgrimages and to popular religion in general in many circles of Christians and Muslims is fully absent here. Is comparative theology some kind of ‘seek and you will find?’ but only after seeking your favourites also with others? The second and even more basic question is about the sometimes quite artificial division between the major religions. There is perhaps no other country in the world where this division has become so strict. The Indonesian constitution has the formula that the nation is built ‘upon the belief in the One and Almighty Divinity’. This means in practice that atheists and heretics are illegal in the country. For acts like marriage, but also to get an identity card or a drivers’ licence one most declare one’s religion with a choice out of six recognised religions (Muslim, Buddhist, Hindu, Catholic, Protestant, Confucian). There is some protest in the country about this simplistic reduction of religion to six big players only, but I have the feeling that some churches and the Council of Muslim Scholars love this state protection of their monopoly. I once received in Yogyakarta the request of a parish priest to support a good Catholic and jobless carpenter. The man did some reparations in our house and built a fine miniature Javanese house for our Christmas nativity scene. Later I met this ‘pious Catholic’ again among many thousands in the Muslim shrine of Tembayat. He felt ashamed and only said to me: ‘Oh sir, I still have no job!’ Shrines, sacred wells, healers, often are not restricted to one major and official religion, but escape these too simple categories. The fine book and thorough and sophisticated description by Laksana is also the starting point for further questions about religious identity and loyalty. – Karel Steenbrink, IIMO, Utrecht University.  (This review was originally written for the journal Exchange and you are invited to read the whole issue of this academic journal of our institute).
Gepost door Karel Steenbrink op 07:55 Geen opmerkingen: