The rupture between Fethullah Gülen and Tayyip Erdogan: in 2010?

Prof. Simon Robinson is an Anglican priest, professor of spirituality and ethics in Leeds. He teaches mostly in business schools about management, leadership and qualities or even virtues like sincerity, responsibility, transparancy, and fight against corruption. He was in Amsterdam at the invitation of Dutch Gülen people to present his new book:The Spirituality of Responsibility: Fethullah Gülen and Islamic Thought. At some moment I had the impression that he is close the the Indonesian/Dutch Jesuit priest Paul de Blot de Chauvigny who also teaches ´business spirituality´ at a business school (in his case Nyeveldt Unjiversity).
Robinson's key concept are Responsibility, integrity, truthfullness (when seeking in the Aristotelian code of ethicsal conduct for the right virtue). He is more in dialogue with Aristotle, and Ricoeur than with Gülen, but applies his theoretical tools also to an interpretation of this Muslim scholar.
Gülen had summoned his followers to vote in favour for the Turkish Constitutional Referendum of 12 September 2010 (exactly 30 years after the coup of 1980 which resulted in a very undemocratic constitution). This support was given notwithstanding Gülen's disapproval of the way (other) Turkish humanitarian organizations had tried to bring aid to Gaza. Thieir six ships with more than 600 people supporting the action was attacked by the Gaza flotilla raid on 31 May 2010, causing nine people dead. The dispproval by Gülen of this Turkish action was, that it was against the strategy and rulings of the Israeli government. Robinson's conclusion: Gülen does not want to shock any government also not the present Israeli government.
Although Robinson is already since about ten years an active person in contacts with Gülen people, attends conferences, and now writes a book on him, I found it not a strong thesis. I still see the Gezi Park protests rather as the beginning of the estrangement between the two figures. 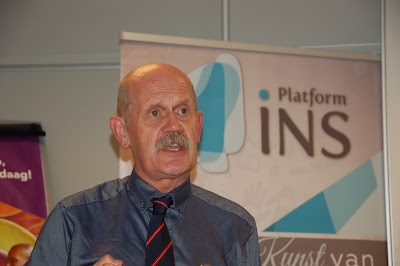 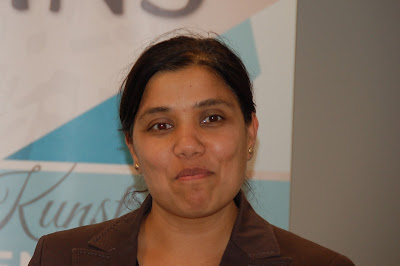 Above Simon Robinson and below Shanti, who was the leader of discussion during this evening. Shanti is of Surinam/Indian (Hindustani) origin. Platform INS likes also the have paid staff on non-Turkish origin. Their major goal is the promotion of a harmonious soecity with the slogan: kuns van het samenleven, or 'The Art of Living Together'.
We had a major discussant from Baltimore, Prof. William (Pim) Valkenberg who has published 'his book' on Gülen in 2015: Renewing Islam by Service, it has more precise historical and theological methodology. 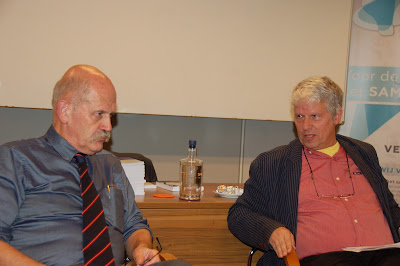 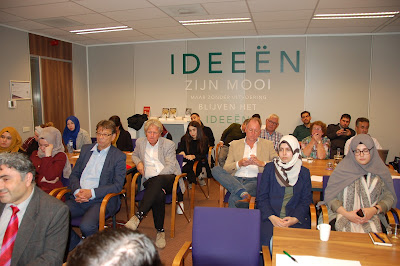 In the discussion some 50 people were present, a good mixture of Turkish and Dutch origins. In the business school terminology the idea of 'leadership' is quite important. There were many references to Shakespeare and British/Danish kings (Hamlet, William V), but I wanted also to know how it is with individual choices, while Fethullah Gülen in his four-volume book on Sufism again and again stresses that for the spiritual path the student should decide about a teacher and be obedient to this person. How is this in the Gülen Movement? Who was the teacher of Gülen himself?