Wilfred Cantwell Smith, Mohamed Arkoun and the fight against simple use of 'religion'

This year I have been writing quite a few articles for Indonesian magazines. First an article was published in Studia Islamika (UIN Jakarta) on 'Buddhism in Muslim Indonesia'.  Then I wrote an article on Ayu Utami for Wacana (Humanities, UI), on Qur'an Commentaries by the Corpus Coranicum and Angelika Neuwirth for Al Djami'ah (UIN Yogyakarta). I also wrote an article on religious education for a special issue of Eureka (Christian University of Kupang, Universitas Kristen Artha Wacana).  It had the Indonesian title Pendidikan Agama OK, Katekismus NO! Or Religious Education is OK, but catechisms not. 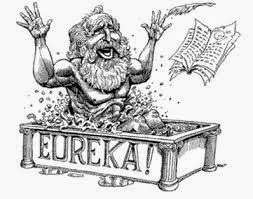 In the article I start with Wilfred Cantwell Smith who wrote in his book The Meaning and End of Religion, p. 175 that '“On the verbal plane, I seriously suggest that terms such as Christianity, Buddhism and the like must be dropped, as clearly untenable once challenged. … I am bold enough to speculate whether these terms will not in fact have disappeared from serious writing and careful speech within twenty-five years.”Well, the learned Canadian could give good argument for his thesis, but it is now more than 45 years since he wrote this comment and religion is still more often used than before, also in religious discourse.
I could have added one authority for this statement. Mohamed Arkoun once told the anecdote that he was given a speech in Jerusalem, when he was interrupted by a bearded and angry Palestinian Muslim who said that he did not agree with the liberal interpretations by Arkoun, because 'You say such and such, but Islam says...' Armoun answered angry: there are many interpretations of the Qur'an and of many Muslim doctrines, so, you only may say: 'The Qur'an says such and such and according to my interpretation this means...' Never you should say: 'Islam asks us, Islam says, Islam teaches...

Catechisms are quite severe and simple summaries of religious doctrine and they can work as hindrances for a dynamic and free interpretation of any religion. One may see this with the Catechism of the Catholic Church that was published in the 1980s by the Vatican and is used quite often in Indonesia (as well as the new Code of Canon Law) to formulate Catholic doctrines.  One protester against such reification (reduction of religion to a dead thing, in Latin res, the word used by W.C. Smith), was the priest Mangunwijaya who wanted to give children training in the development of spiritual feelings. He is the hero in my contribution for the Kupang Journal Eureka. 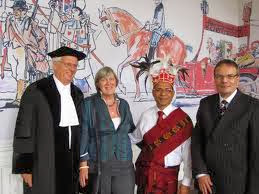 My former Ph.D. student Dr. Fredrik Y. Doeka is the editor-in-chief for the journal Eureka. They need the journal and foreign authors in order to get government recognition. On this picture he stands after his doctoral examination in Utrecht. From right to left: Dr. Freek Bakker, Fredrik Doeka, Mrs Pauline Steenbrink-Maas and I myself.  May critical and indepent, creative thinking flourish, also in Kupang!
Bibliographical Reference, Karel Steenbrink, Pendidikan Agama OK, Katekismus no!, in Eureka. Jurnal Teologi Kontekstual, vol 1 no 2, April 2013, 103-122
Gepost door Karel Steenbrink op 07:42 Geen opmerkingen: