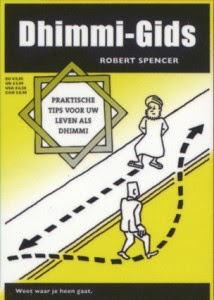 My first ecnounter with a writing by Abdullahi Ahmad An-Na'im was on the campus of UIN (then still IAIN) Sunan Kalijaga in Yogyakarta. There were two heaps, each with some 20 copies of the translation of his book Dekonstruksi Syari'at. It is a well written argument for a reinterpretation of shari'a formulations, especially with regard to women and religious minorities. Basic idea is that the rulings of the Qur'an are partly from the prophetic period in Mecca, partly from the Medina period of Muhammad's life when he was a politican and had to make compromises.
Recently I bought the latest book, Islam, and the Secular State. Negotiating the future of Shari'a (Cambridge, MA and London: Harvard University Press 324 pp.). I was somewhat disappointed by the content. First about the general or international thesis of the book: An-Na'im does not want to see Islam as a 'pure' religion with prayers, rituals, concentrating on the idea of God, general rules of ethics. He wants to reject the secular society where religion is an individual affair. Why? That is not absolutely clear. It is more or less a deliberate choice that has been made outside the perspective of the book.
An-Na'im makes a sharp distinction between state en community: the territorial state must be secular, but the communities that live in the state and form together iyts society are welcome to live according to (renewed) shari'a:
As a Muslim I need a secular state in order to live in accordance with Shari'a out of my genuine conviction and free choice, personally and in community with other Muslims, which is the only valid and legitimate way of being a Muslim. Belief in Islam, or any religion, logically requires the possibility of disbelief, because belief has no value if it is coerced. If I am unable to disbelieve, I will not be able to believe. Maintaining institutional separation between Islam and the state while regulating the permanent connection of Islam and politics is a necessary condition for achieving the positive role of Shari'a now and in the future. (268)

An-Na'im did field work in three countries: Turkey, India and Indonesia. In all three he found many differences among present-day Muslims about the idea of sharia law. In Indonesia adat and therefore law is still very important. There is a trend towards more Wahhabi style strict interpretation of sharia, but also defence of Pancasila. His research in Indonesia was based on FGD: Focus-group discussion, organized by LKiS in Yogyakarta and they all reflect a wide variety of perspectives. There is 'constant negotiation over the role of Islam' (251) and no consensus about the outcome. Some 'confuse idealized Arab culture with Islam itself' (253) and there is application of sharia law in Aceh (257), but again here: widespread ambivalence among Indonesians. Nurcholis Madjid is often mentioned here, also his Islam Yes! Partai Islam, No! In short, no clear way out of the many debates about the theme.

The illustrations on top is about a 'dhimmi-guide' composed by right wing politicians who are afraid about the future domination of Europe by hardline Muslims.
Gepost door Karel Steenbrink op 05:11 Geen opmerkingen: