Kyoto, day 2, Jafar Suryomenggolo as a spohisticated guide into artistic but simplified religiosity 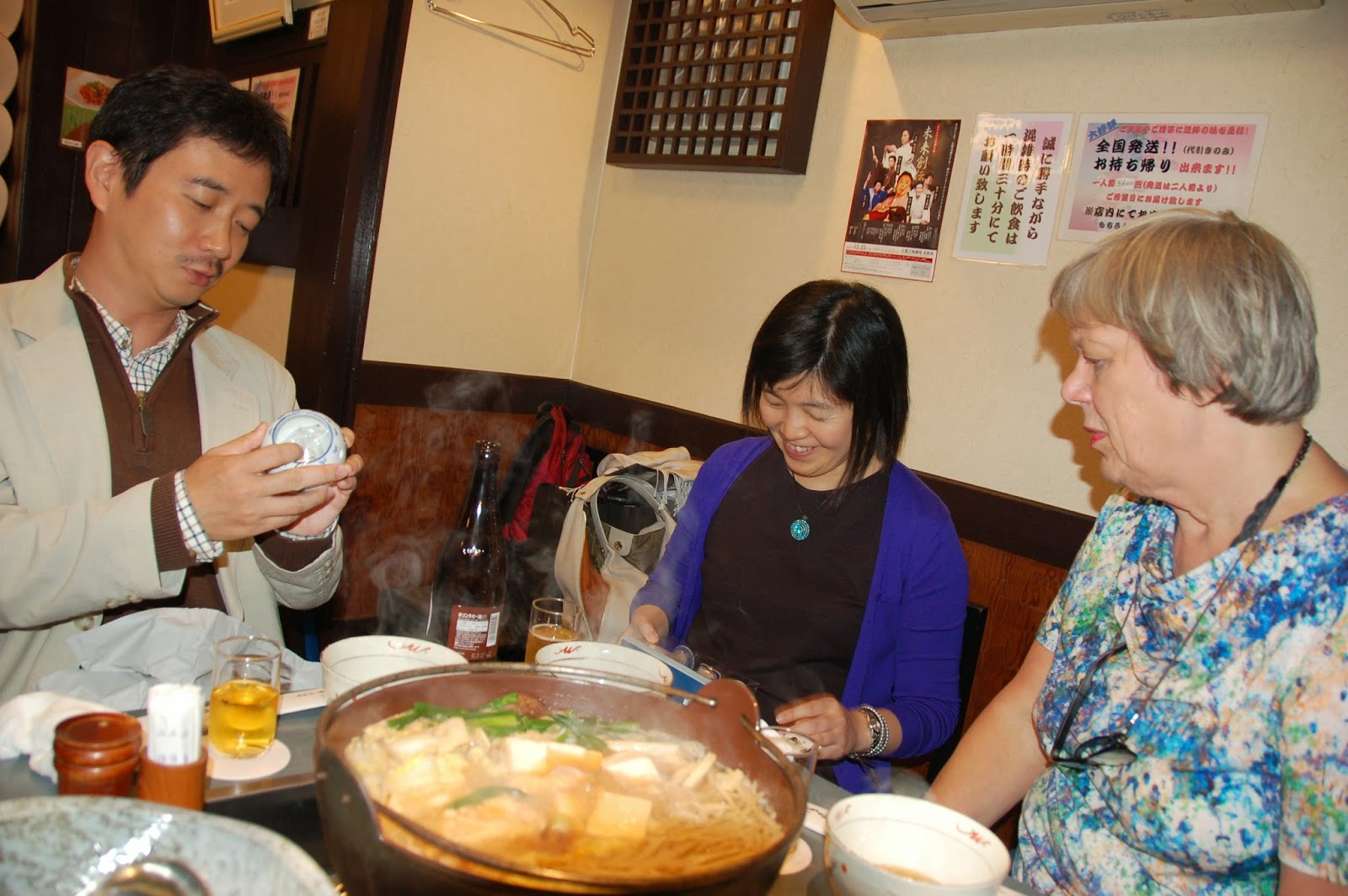 The evening of the first day we had a meal in the crowded entertainment area of Kyoto, close to the great canal. We were invited by Prof. Okamoto and his wife Yenni Kitamura. Like so often with Japanese who studied Indonesian, conversation was not in English, but in Indonesian. Okamoto has done research on politics in Banten and Gorontalo, but now prepared a study of transsexuals, or waria in Surabaya and Malang. His wife concentrates on Chinese in Indonesia. Southeast Asian Studies in Kyoto has four Indonesian speaking staff: the largest single institute of its kind in Japan.

The second day in Kyoto was Sunday  19 November. Yasuko Kobayashi had to go back to Nagoya, but she presented Jafar Suryomenggolo to us, the guide for this day. Jafar has written a PhD in Kyoto on trade unions in the early period of the Indonesian Republic, 1945-1948 and is since working on post-doctoral research about activitists for rights of the working class in late Soeharto-period and the earli Reformasi. He is a truly leftist guy,does not like religion too much and definitely not the abuse of religion for fun or commercial or political goals.
He brought us first to the Yasaka shrine in Gion, southeast Kyoto. We found the colour of the entrance somewhat kitsch, not red but smiling orange. It is a long series of smaller and larger chapels and temples, for various material needs. Like we saw in India, some trees and other places are full with small papers with wishes. 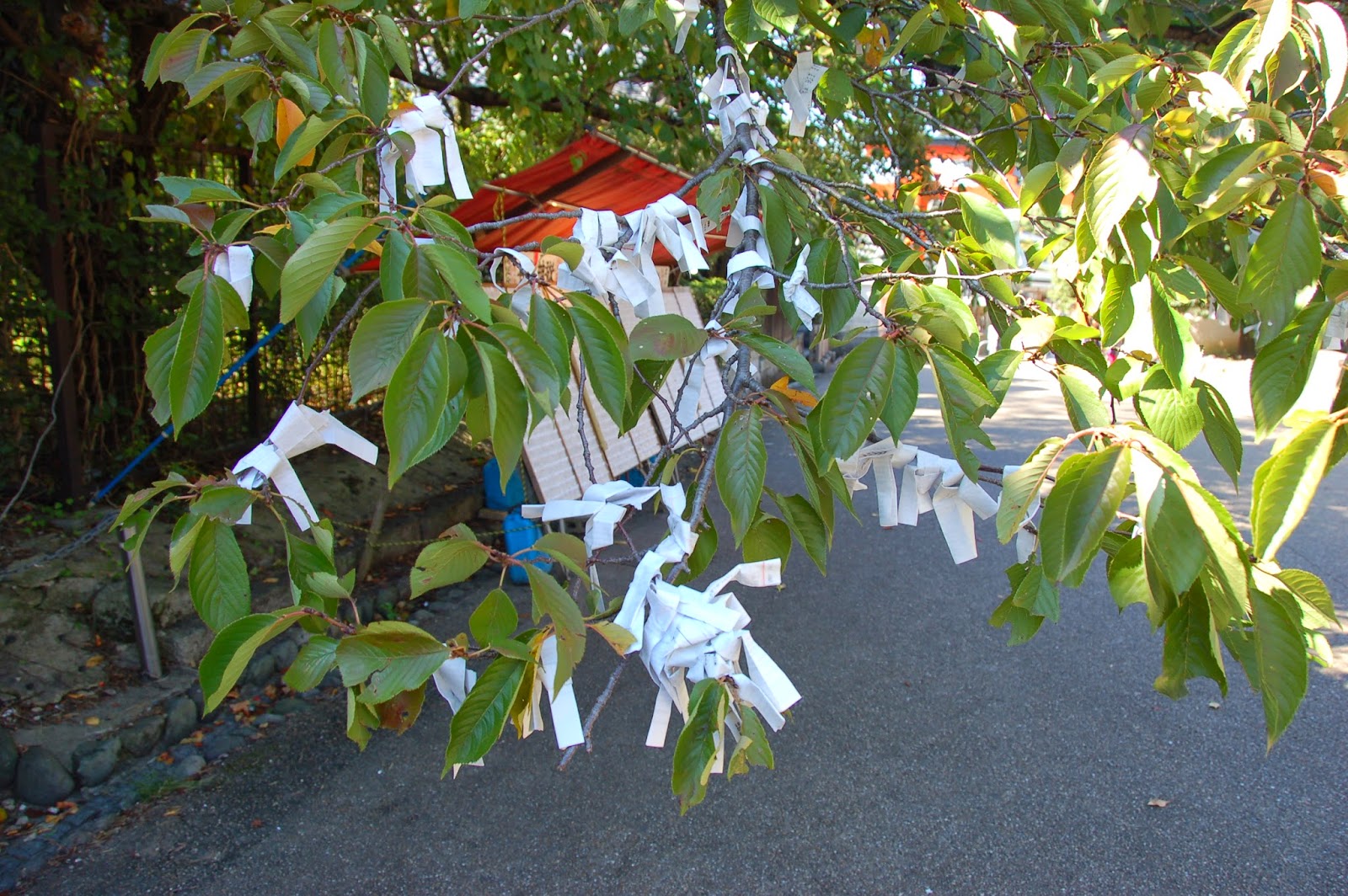 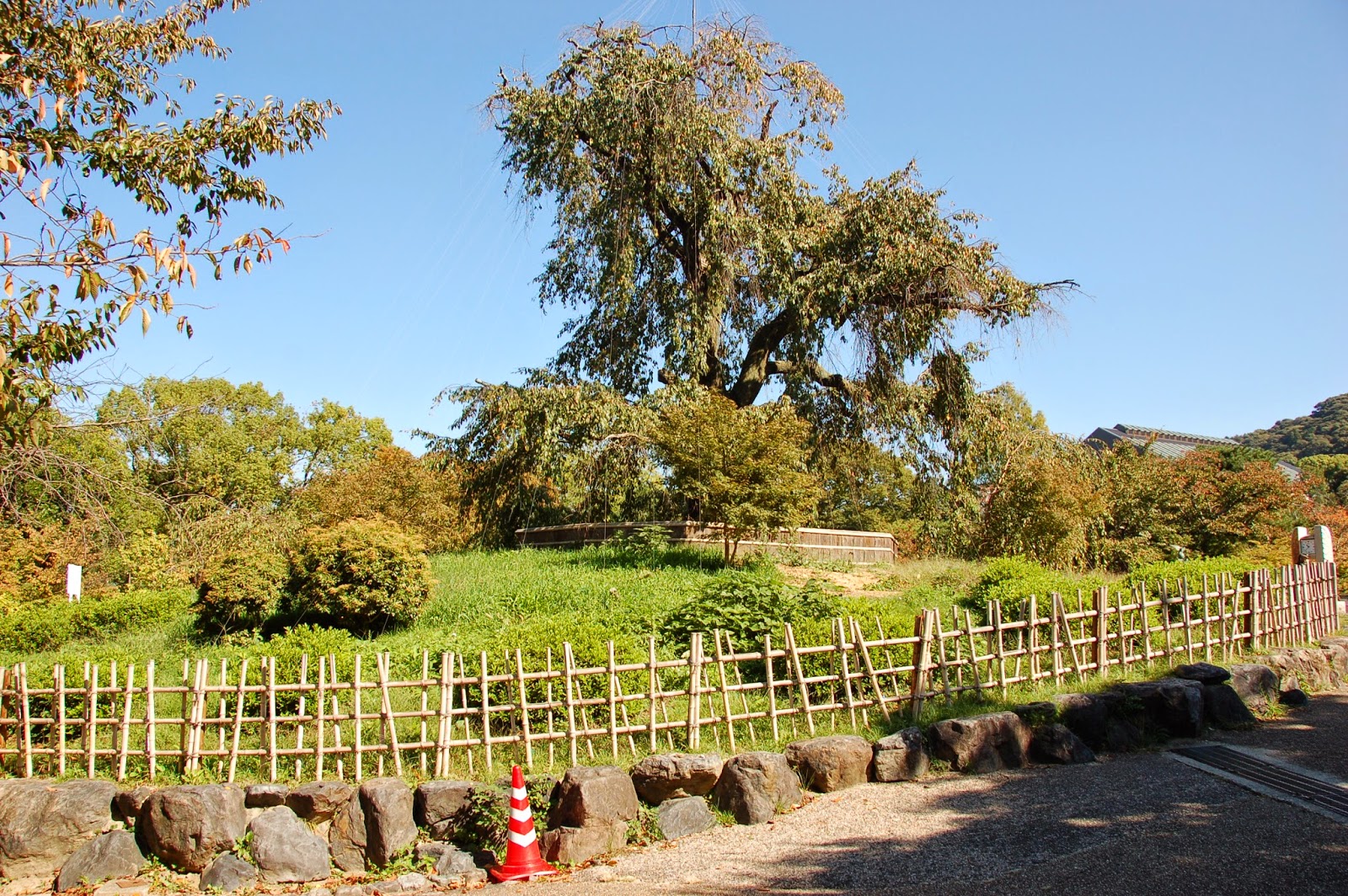 Two quite different trees in the Yasaka shrine. Above a prayer tree, with many leaflets with individual prayers (religion is not a communal affair, with church or shrine services, lead by clergy, but an individual affair). Below there is the oldest cherry tree of Japan, still flowering every spring. Spring and autumn are the two magical seasons. Unfortunately we were somewhat early for the true colour of the autumn trees, set in fire with yellow and red. 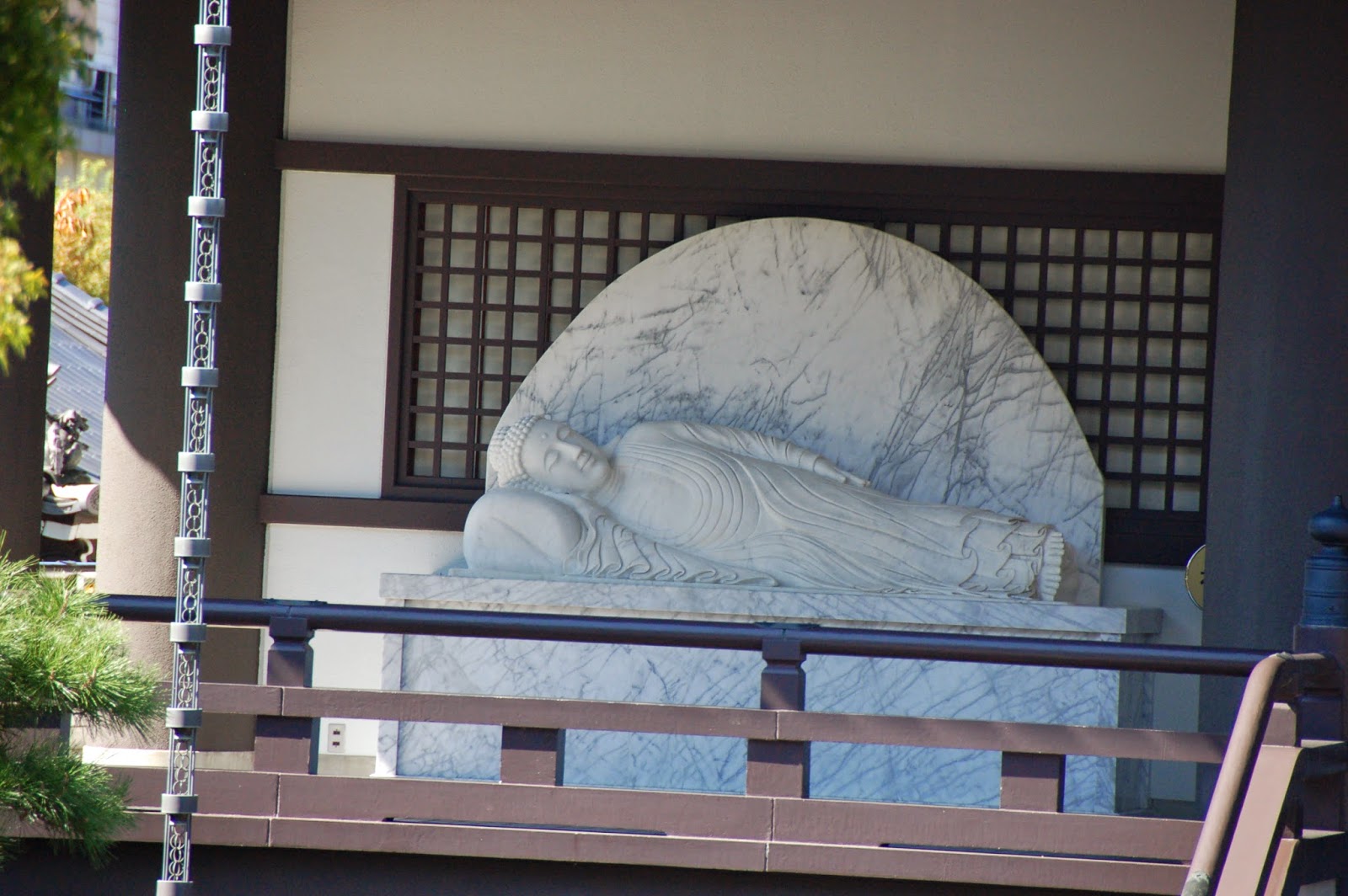 There is a clear distinction between Shinto shrines and Buddhist temples. This is a modern statue of the sleeping/dying Buddha, entering Nirwana. 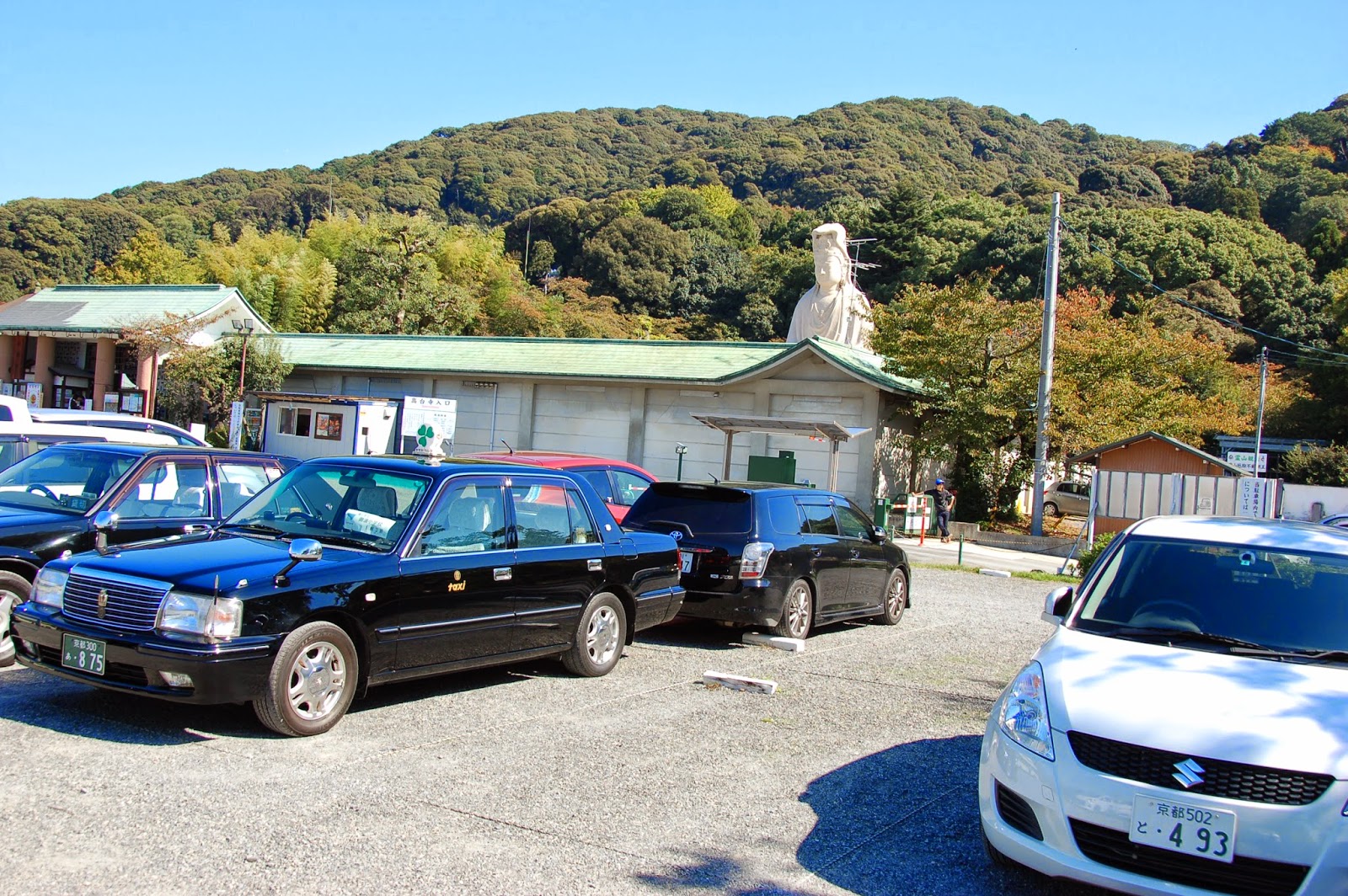 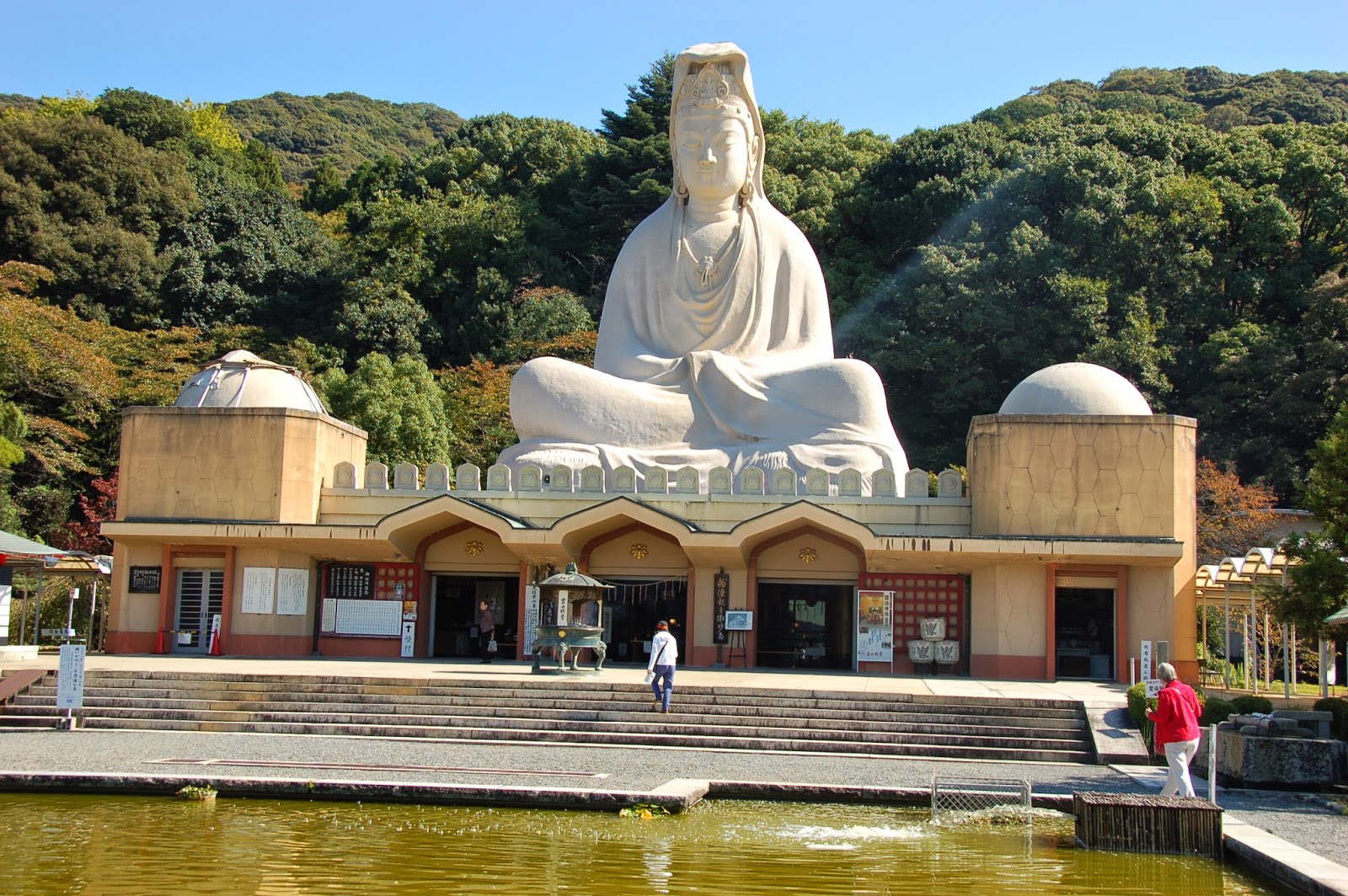 After Yasaka shrine we walked to the more touristic shopping and restaurant streets of Gion in Kyoto, but then we saw the Ryozen Kan-On. Jafar wanted to prevent us from entering this place, because it was the absolute wrong nationalist ideology. No religion at all, but a mistake and wrong. According to the leaflet that we received it was erected in the 1950s 'in commemoration of those Japanese who sacrified themselves in the last war for the establishment of a peaceful Japan..' Unveiled on June 8, 1955. It is not stone, but just concrete, but looks impressive. Below the statue there is a prayer hall where a monk was reading texts. Incense could be burnt. We had to pay for entrance. Later in Tokyo we found at the Yaskuni Shrine that they were called 'divinities'.  Here it was somewhat more sobre, though still in good memory of the war.

By far the largest temple is the Kiyomizu-temple, a huge chain of chapels and shrines. Al advertising the happiness to be found here by touching statues, drinking water, writing prayers for a god. Many young people, laughing, chatting, sometimes also for a few moments serious praying. This is a true place of pilgrimage, seriousness and fun together. 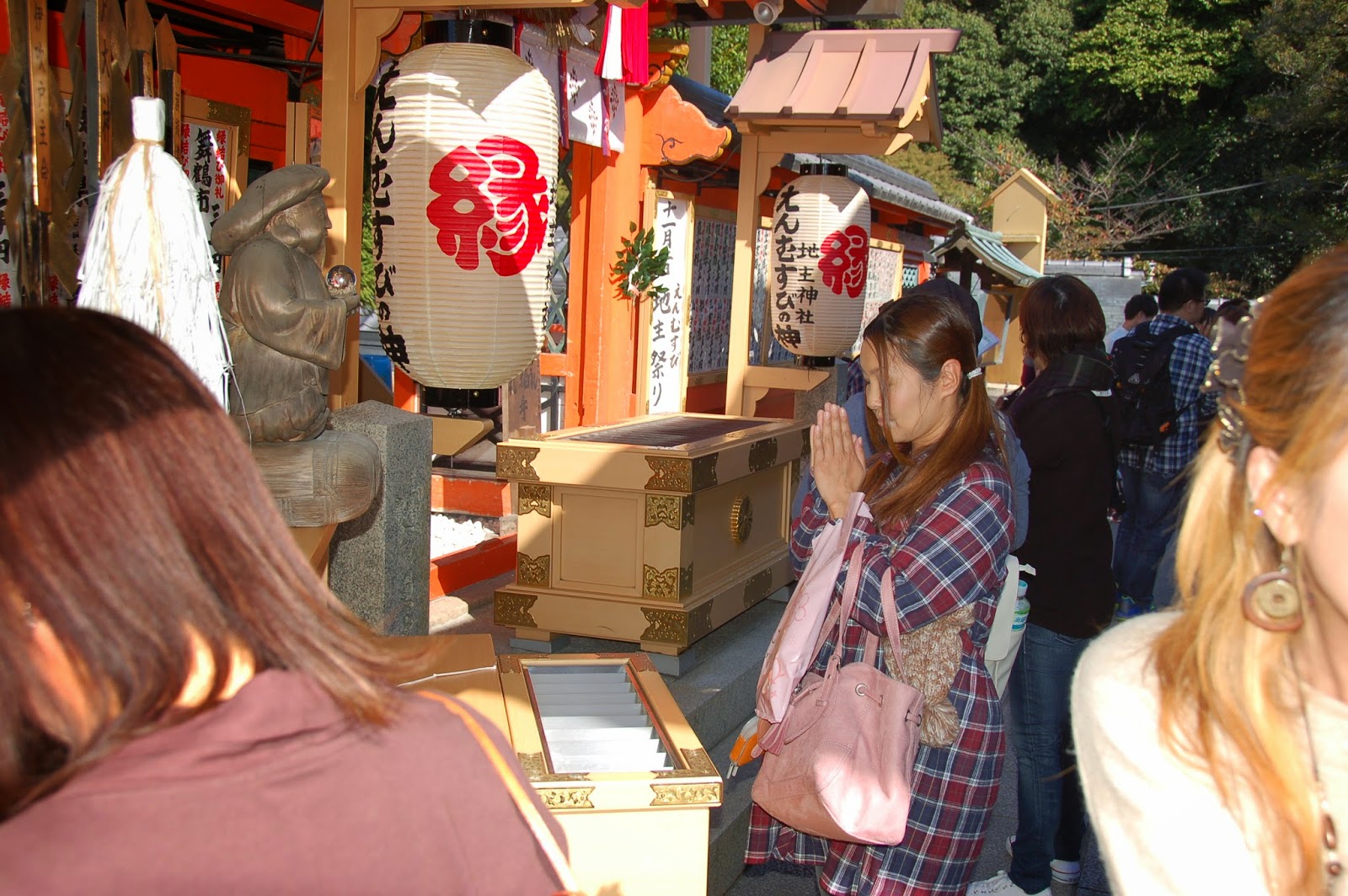 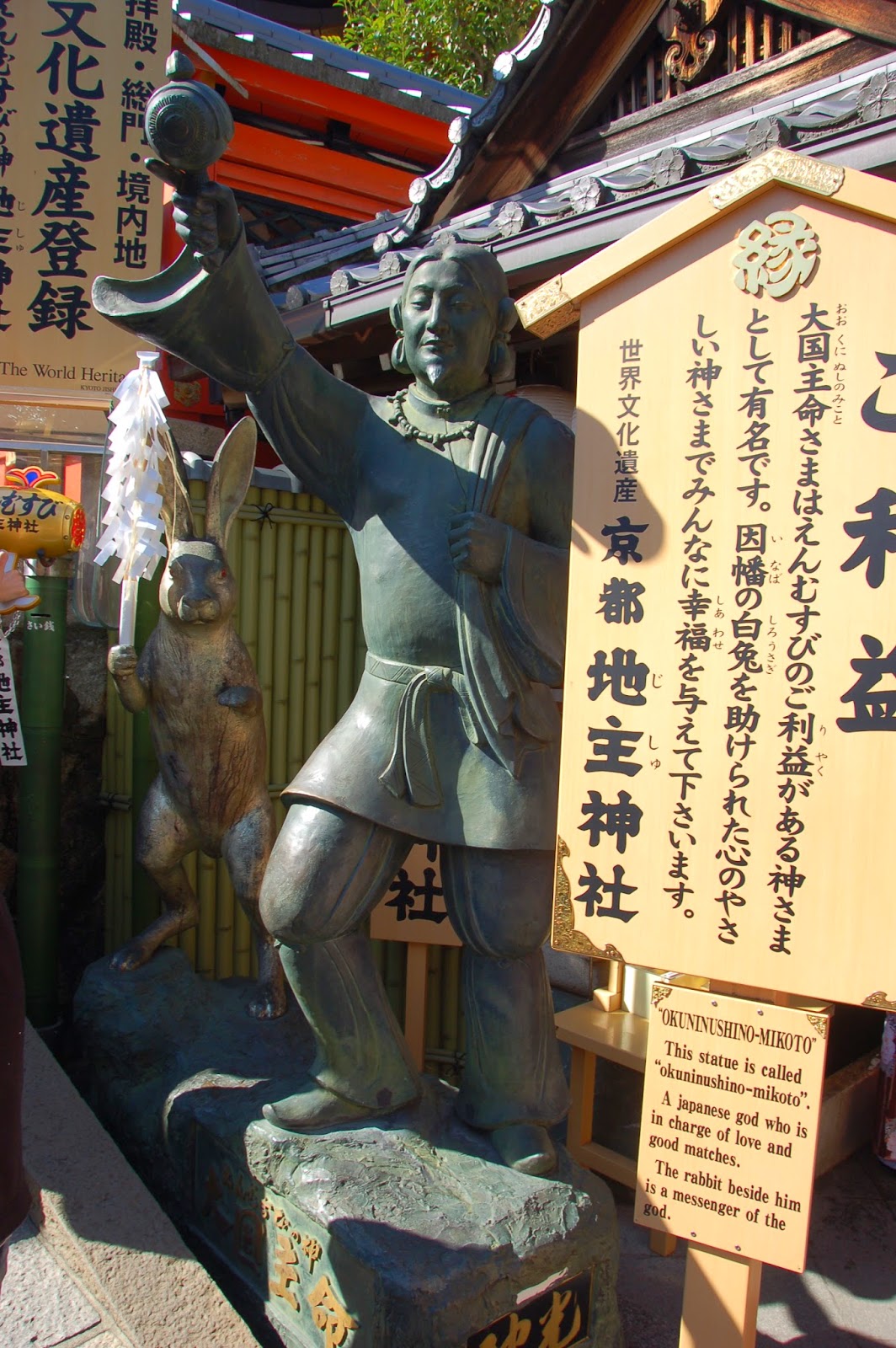 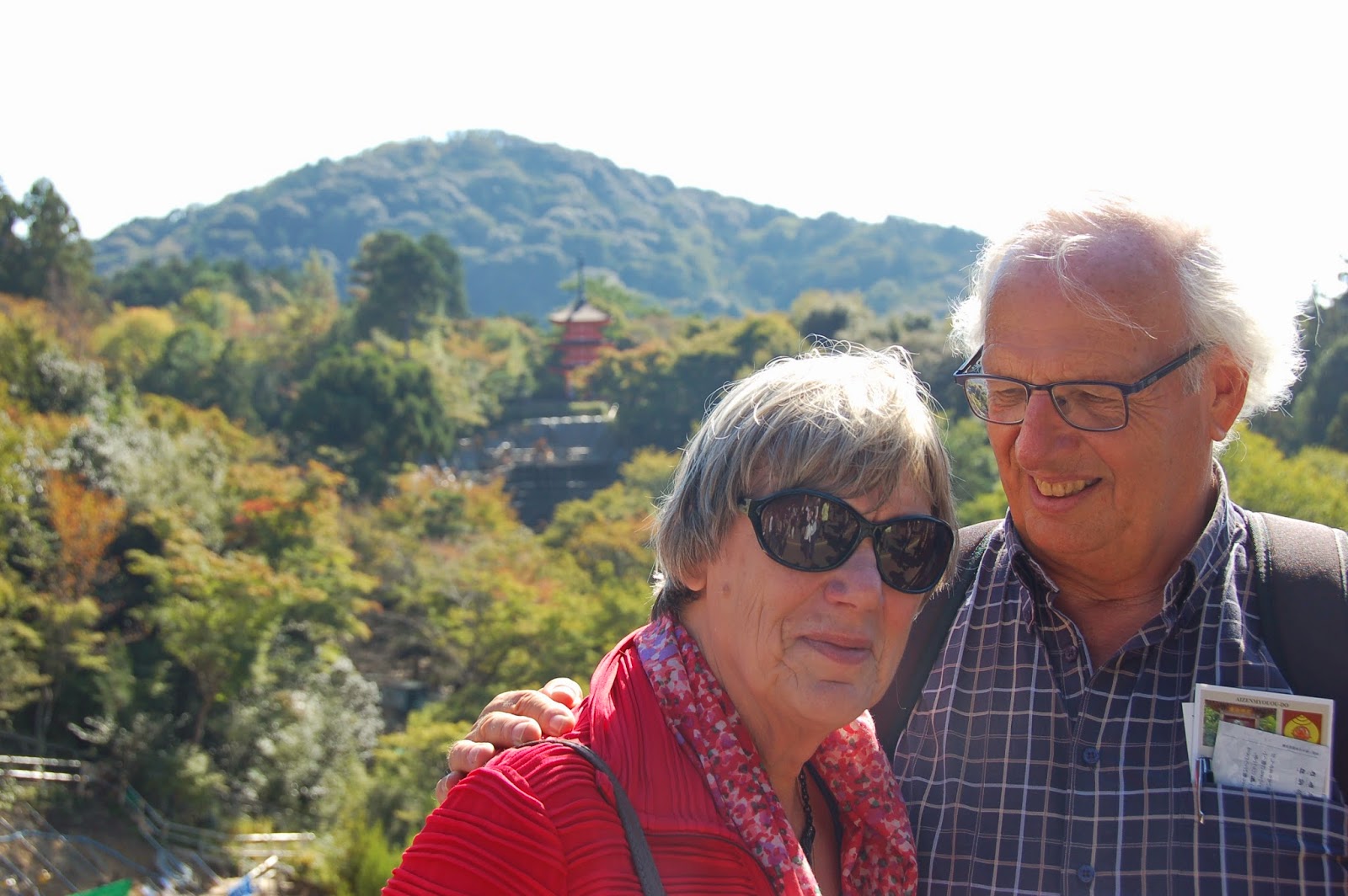 The Kiyamizu-temple is, like so much in Kyoto, places against a spectacular background of hills. From north to the south a canal/river runs through Kyoto and on both sides the valley stretches one-two kilometre before quickly changing into nice forest. Well, Mas Jafar Suryomenggolo had seen it already very often, but was patient and liked to discuss the stupidity of religion in general and especially the Japanese variant of it.Thank you, Jafar!

Want To Increase Your ClickBank Banner Traffic And Commissions?