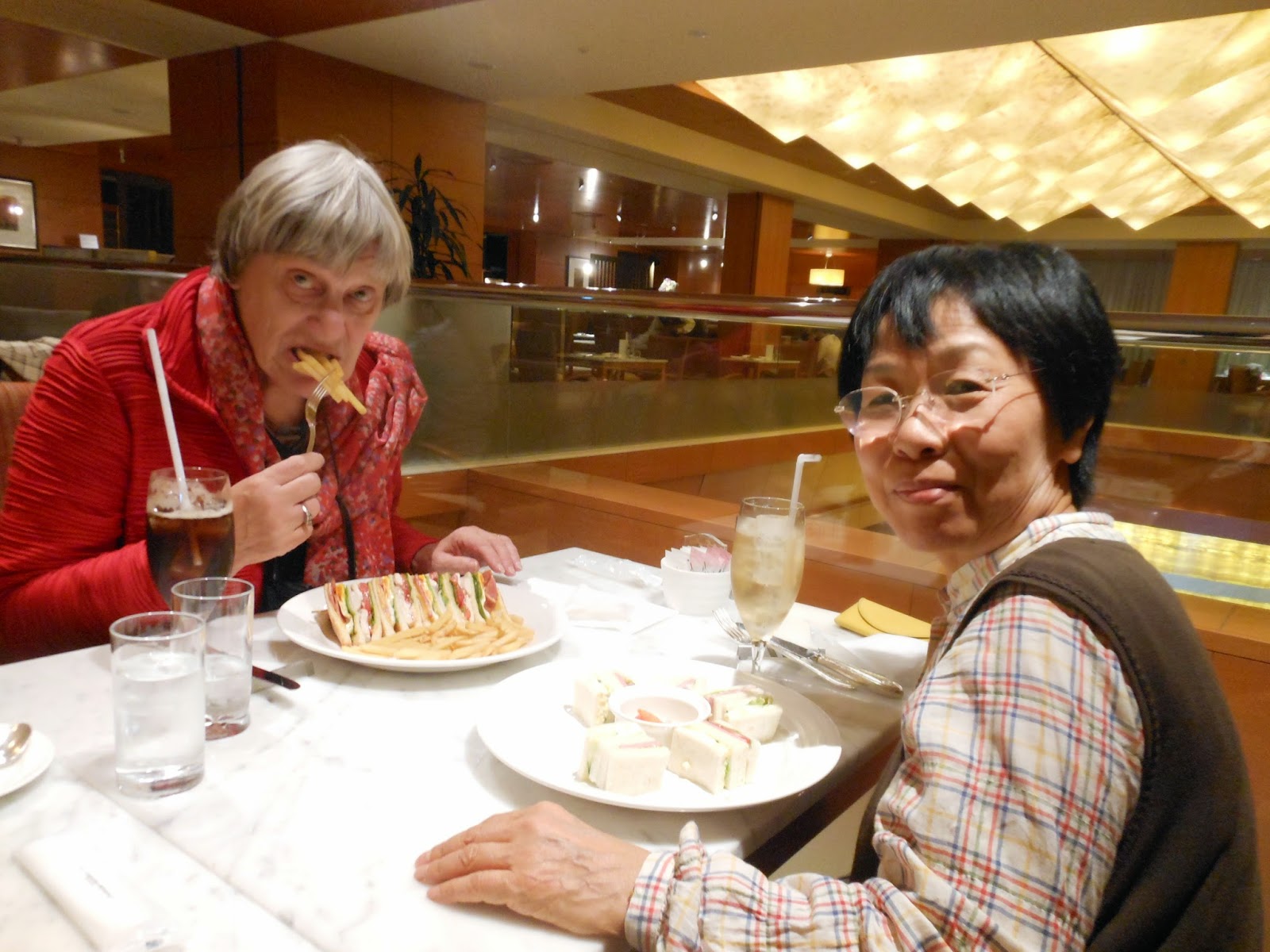 After a flight of 12 hours we arrived in Osaka and took our first train in Japan to Kyoto where we met Yasuko Kobayashi, the great inspiration and organiser of our trip. She had invited me for guest lectures in Nagoya and Tokyo and also facilitated our extra journey to Kyoto. We we received in the Westin Myako Hotel, according to one book also a place for Queen Elisabeth! Our first lunch was still Western style. Yasuko, always busy and fast, took us to the start of the Philosopher's Foothpath. She is always very keen on networking, keeping contact with colleagues in the three major centres for Southeast Asian studies (Kyoto, Nagoya and Tokyo), but most of all with her many students. She had to go to another meeting that first day, after lunch in the Westin Myako. She dropped us close to Ginkaku-ji, the Silver Pavillion, so called because it was planned to have a silver roof (that never was put on top of the romantic building). We followed a small canal, just like Kali Mataram in Yogyakarta: fast, clean water, streaming along the road. 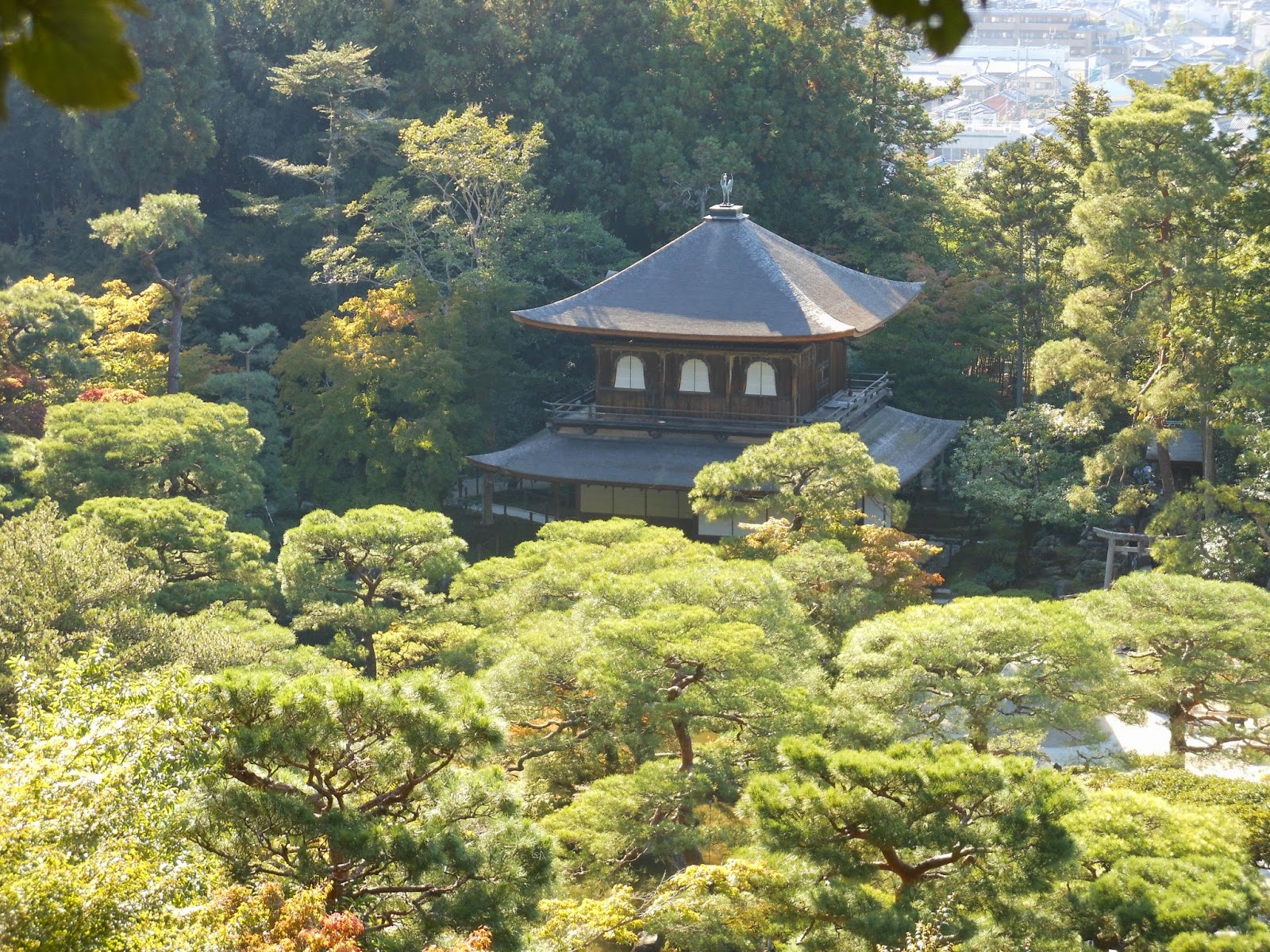 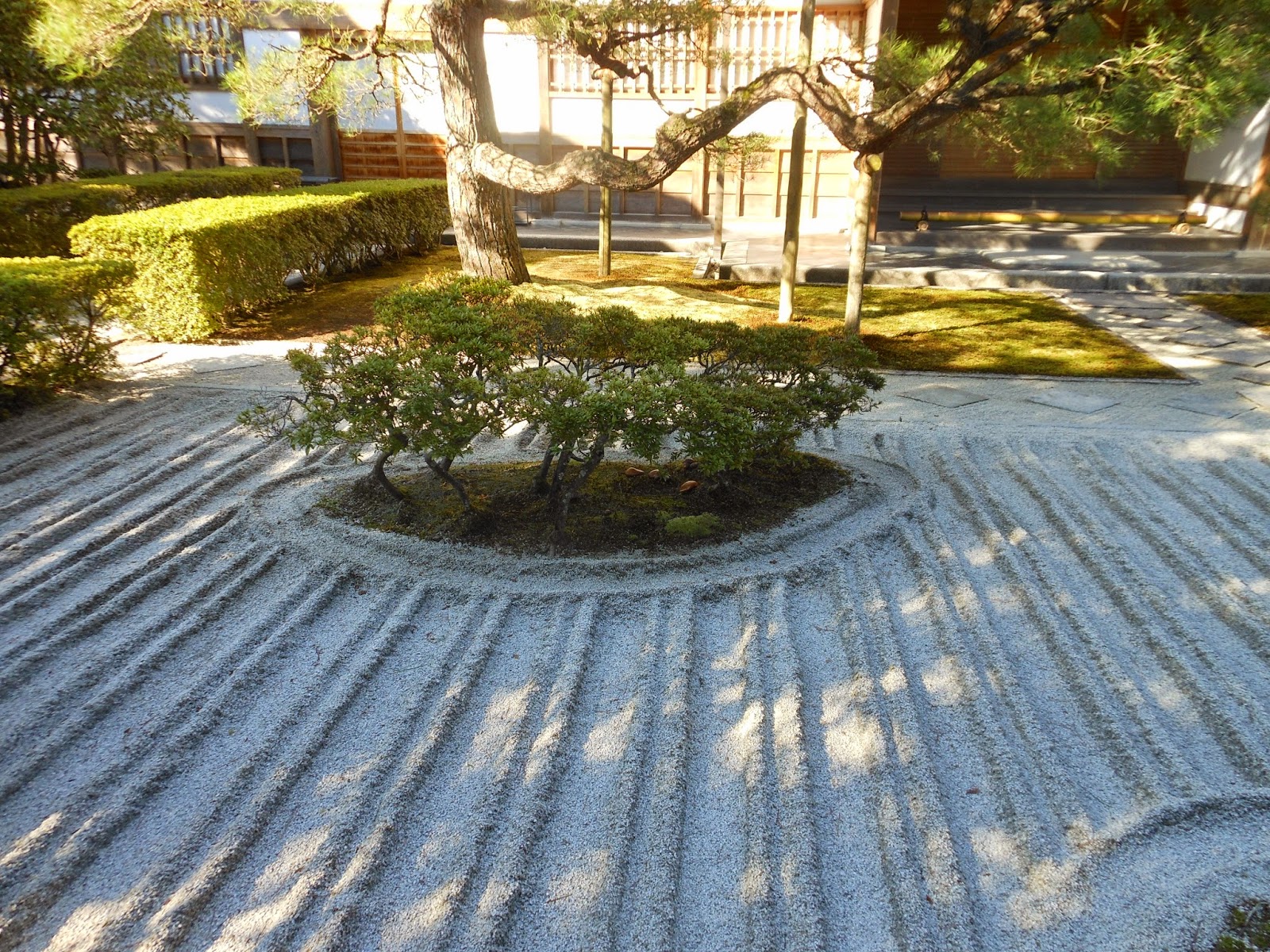 I
In Dutch the picture below is called aangeharkt in the meaning of well-organised, clean, neatly done. It looks like nature, but under control or even human discipline, like the tea-ceremony (for which the pavillion has been built).
The philosophers-path is 2 km. Somewhat more to the East, higher up the hills, there are small streets and many temples. In one we saw modern paintings, nearly the vague style of Rudolph Steiner, with a lady, smiling, willing to explain colours and figures. But communication often proved to be somewhat difficult, because of the lack of ability to speak English. 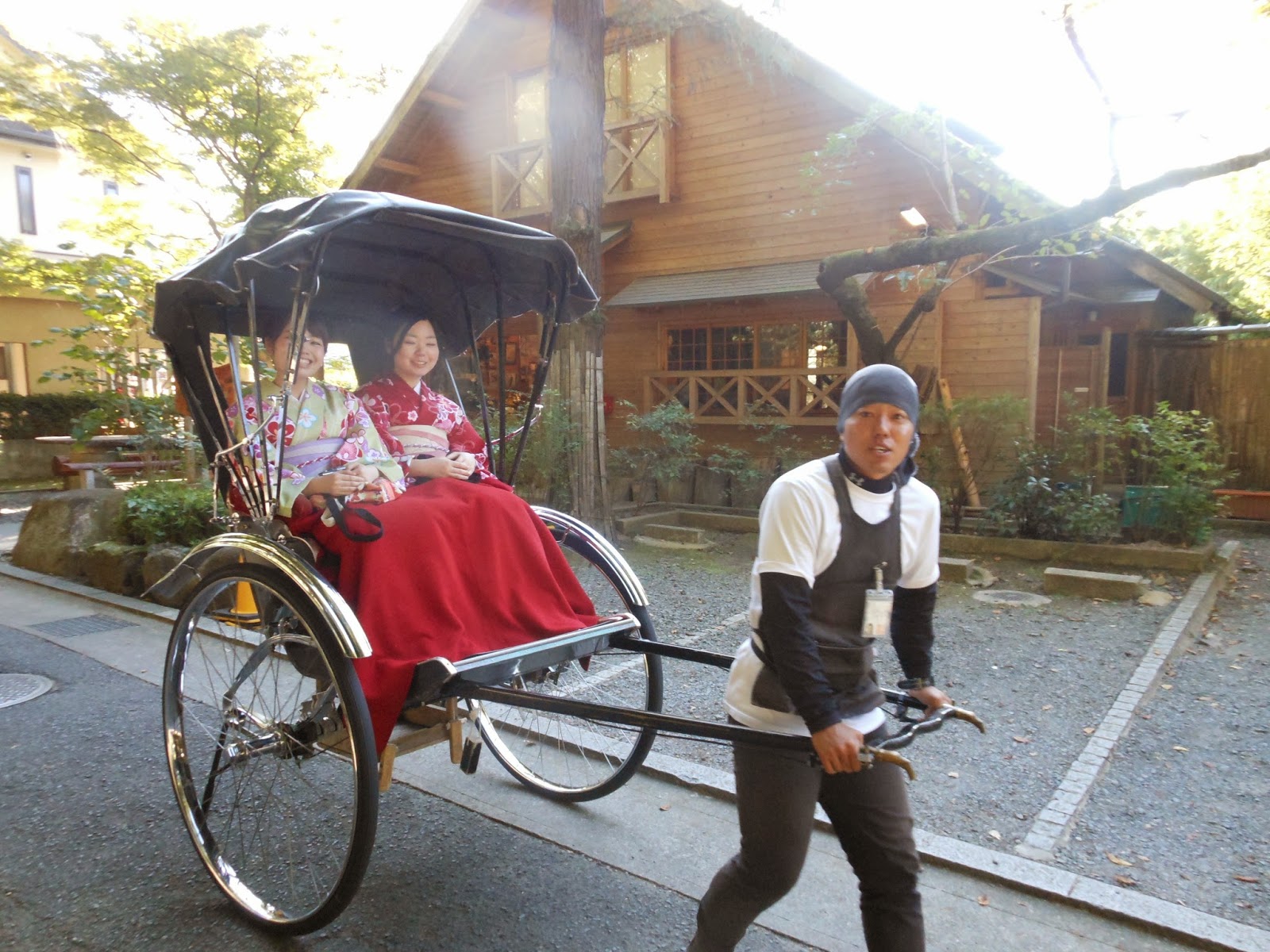 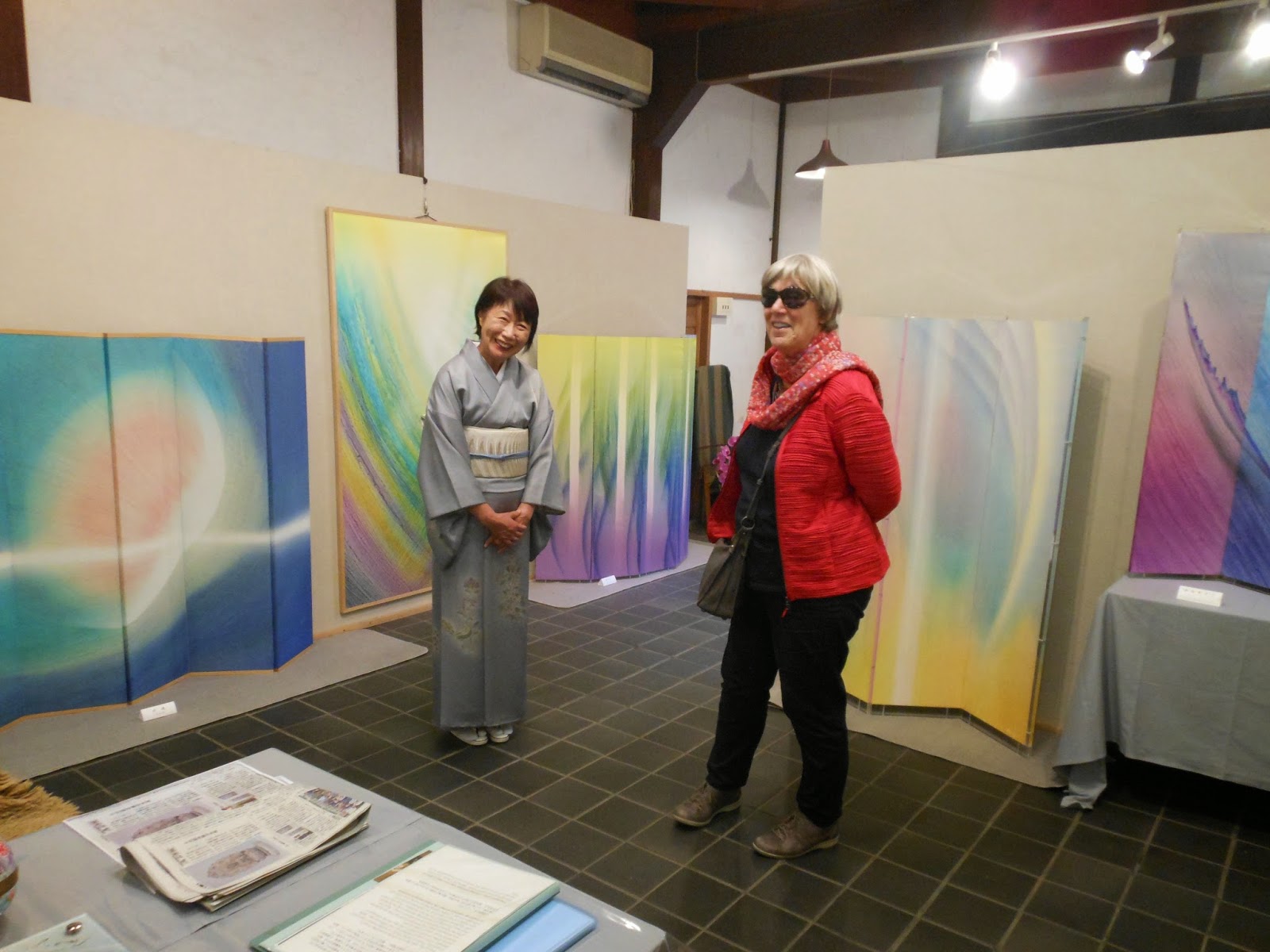 In Indonesia we would call this a becak and here perhaps a rikshah. Anyway it is for tourists. Als the kimono is not daily dress, but for ceremonies. On this southeastern side of Kyoto we saw quite a few ladies wear this dress. 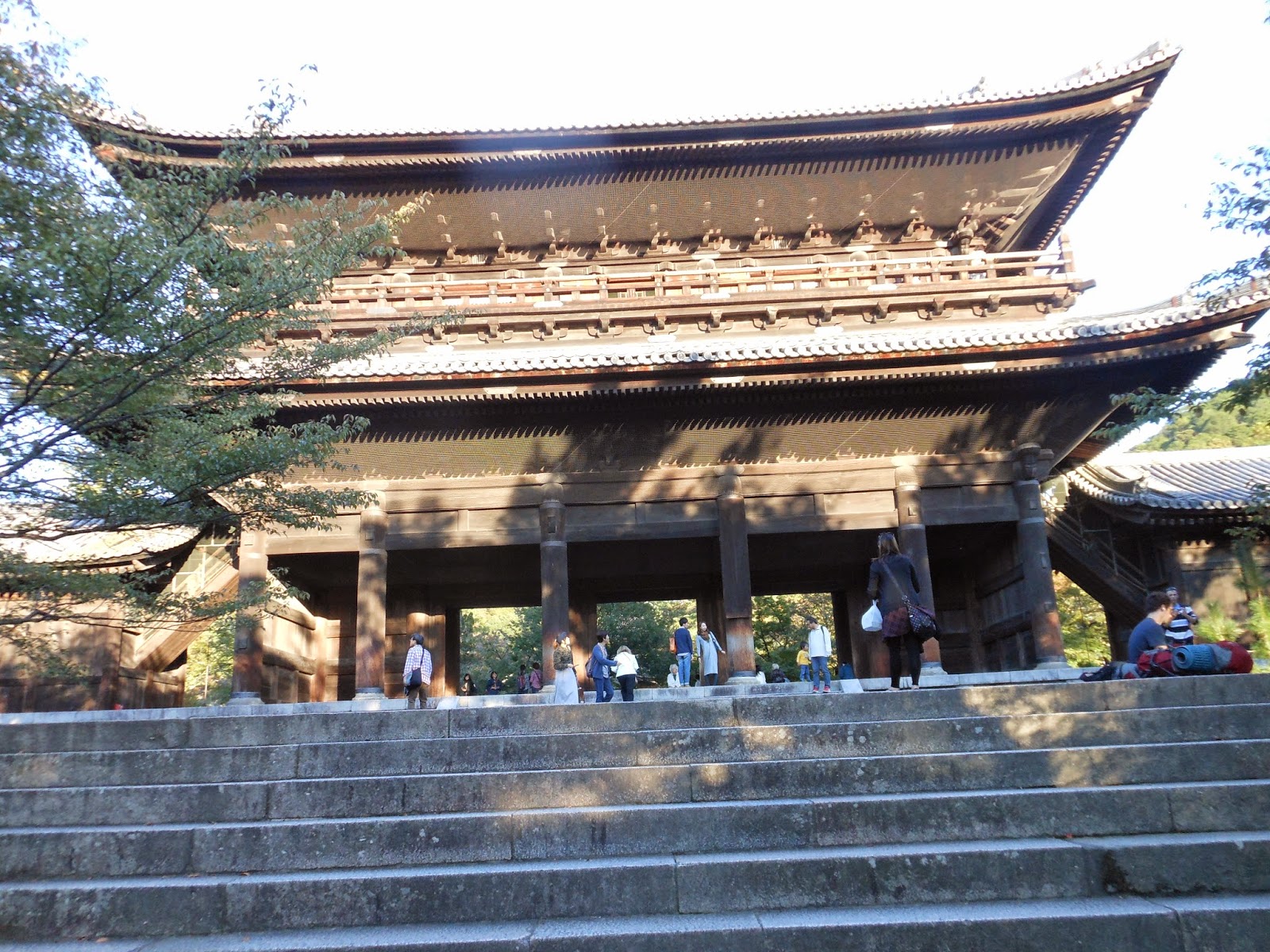 Japanese temples buildings are most spectacular for their roofs. Besides the roofs there is only a structure of a gate to be seen. This is the gate to Nanzen-ji, a temple from about 1480-1600. Most famous because of the gardens and the entrance tower. It was told that a thief, some kind of Robin Hood stayed here to steal from the rich and give tot the poor, until he was taken by the police and put in cooking oil. 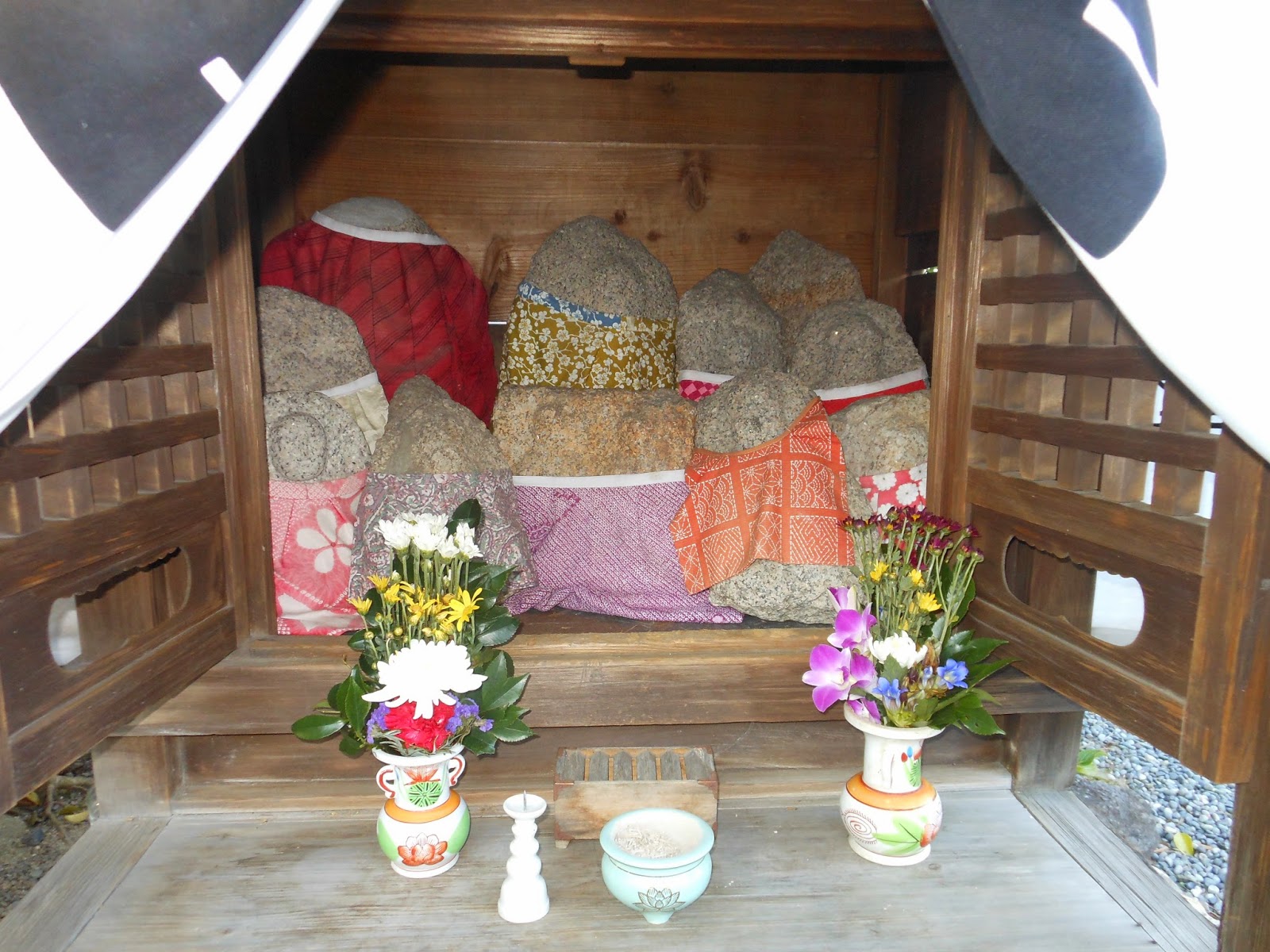 We had the impression of rituals like in Bali: small offerings for all kinds of spirits, deities, in many varieties. Popular religion is widespread and still practiced, although the faithful do not look too serious while paying their respect to the sacred items. Is it an ambiguous conviction. Besides, there is very sophisticated theory about meditation  and old texts as well.
Below, as proof that we heve been at the temple region a simple selfie! 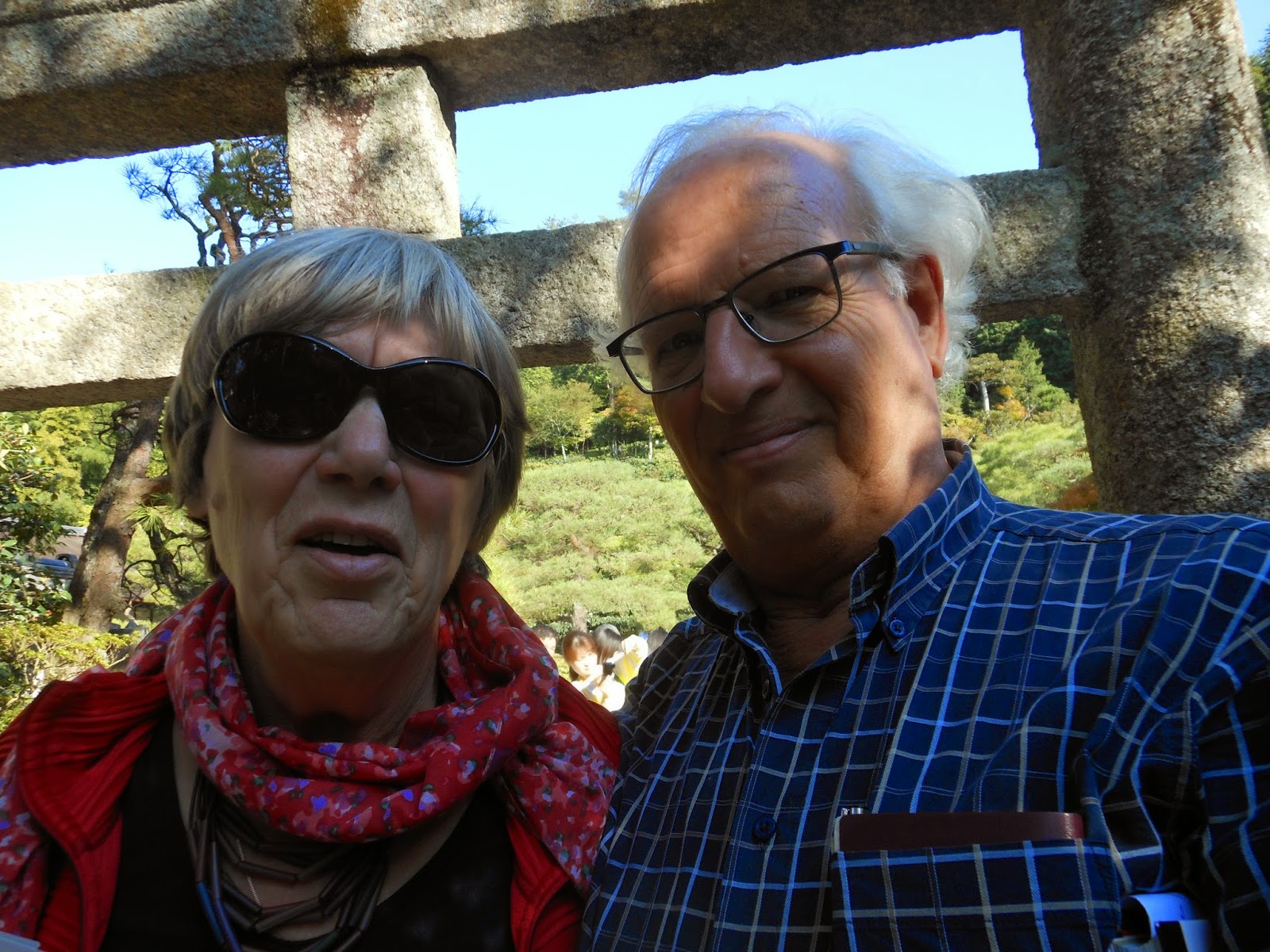