On Friday 24 October Paule and I took another Shinkansen, thelong and ast train to Tokyo from Nagoya. 1 hour 40 minutes only. Prof. Midori Kawashima was our host at Sophia University, a modern compound quite in the heart of Central Tokyo. 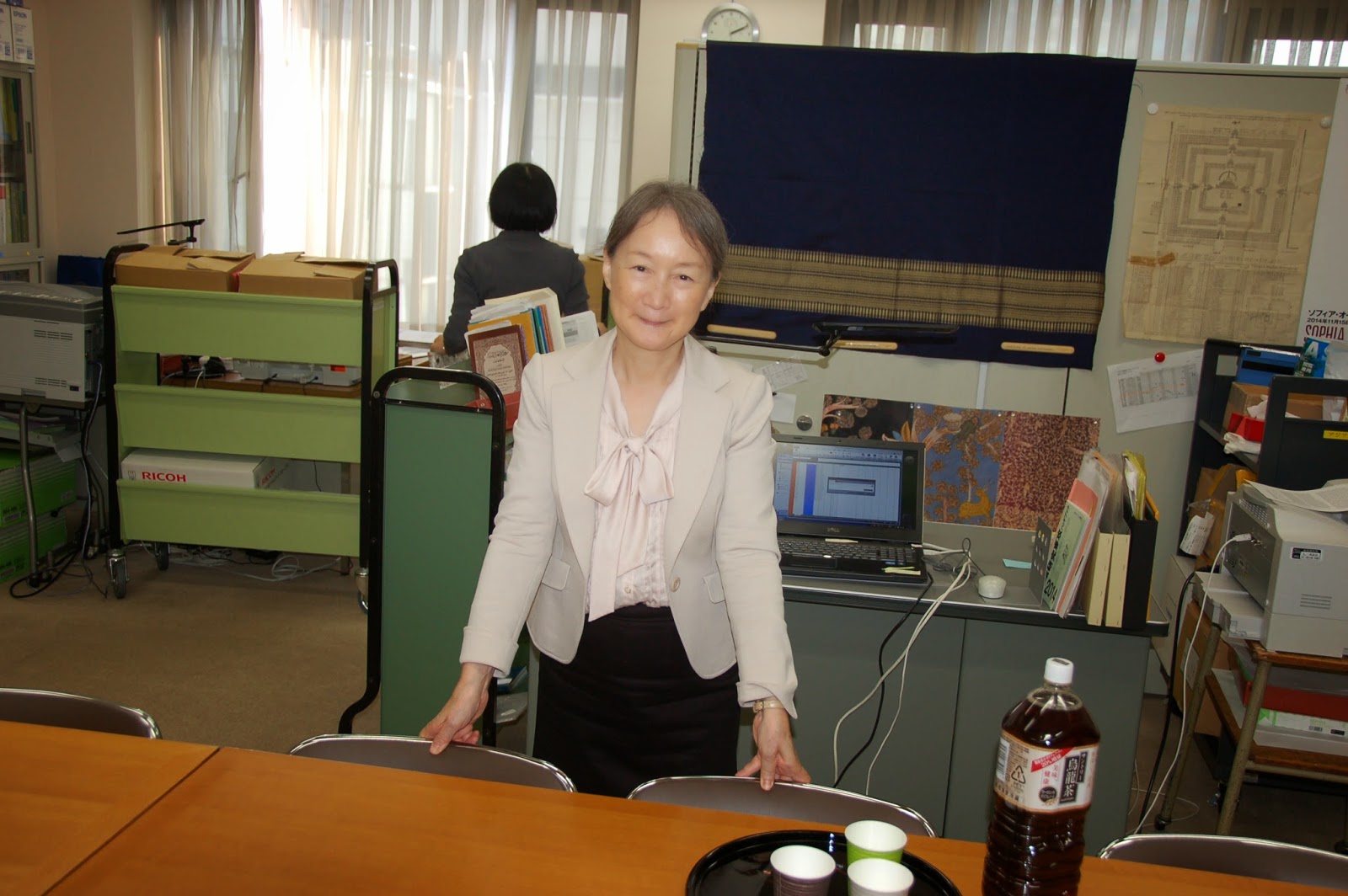 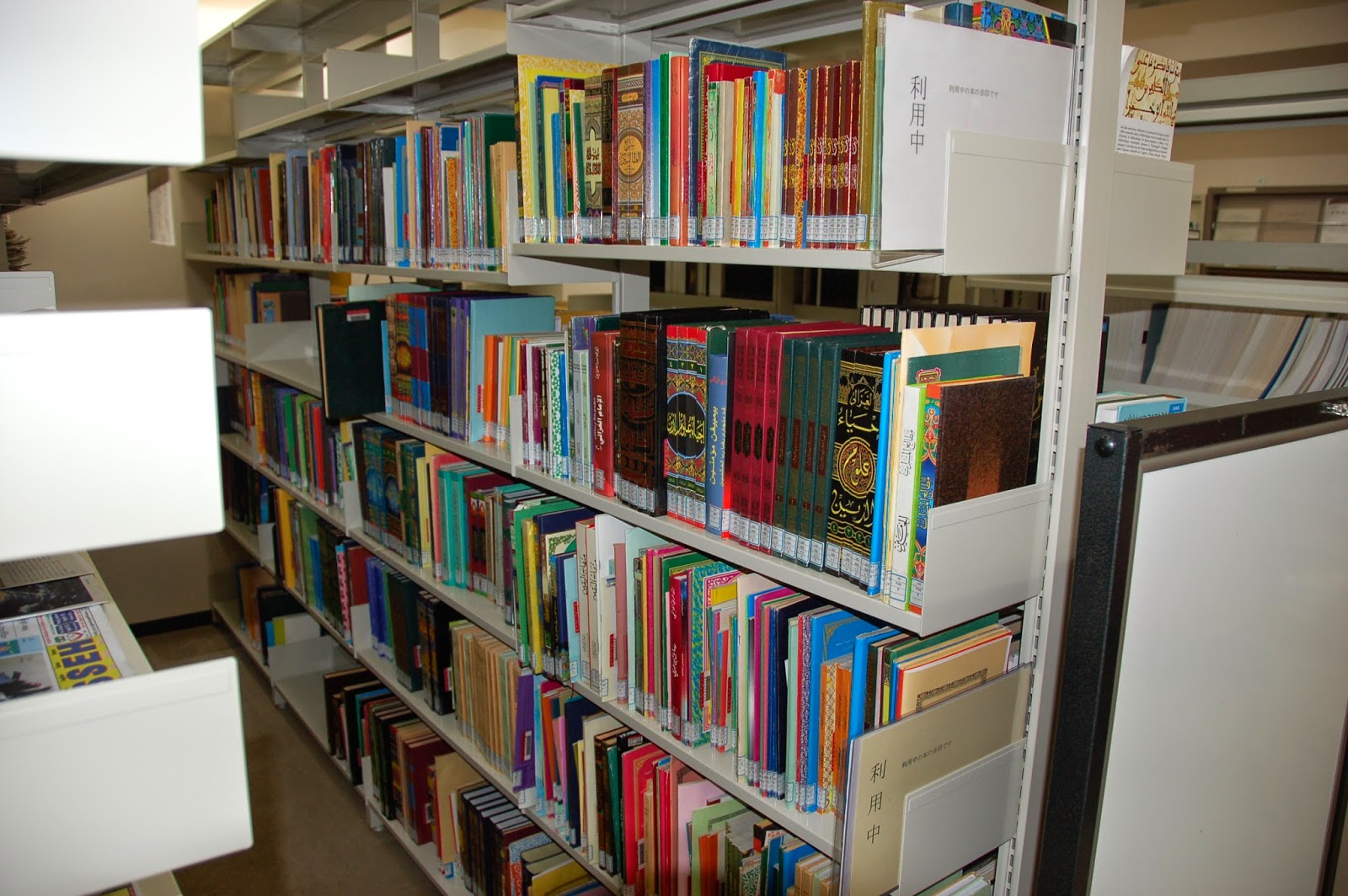 Prof. Midori is a specialist on Islam in the Philippines, but has also broader interest in Southeast Asia. She is leader of a group of some six specialists in Asian Studies, in fact also including the Middle East and now also under the label of Global Studies. We were welcomed at the Central Station by an arecheologist of Angkor Vat, Cambodia. The larger concentration of international Asian Studies is in Tokyo at an Institute of Foreign Languages. The atmosphere resembled good old IIMO in Leiden, also with such a variety of regional interests. Midori will also join the CMR project and give contributions on Christian-Muslim Relations in the Philippines. She showed us some old tracts, written in Arab script, but in Tagalog, on relations with Christians. 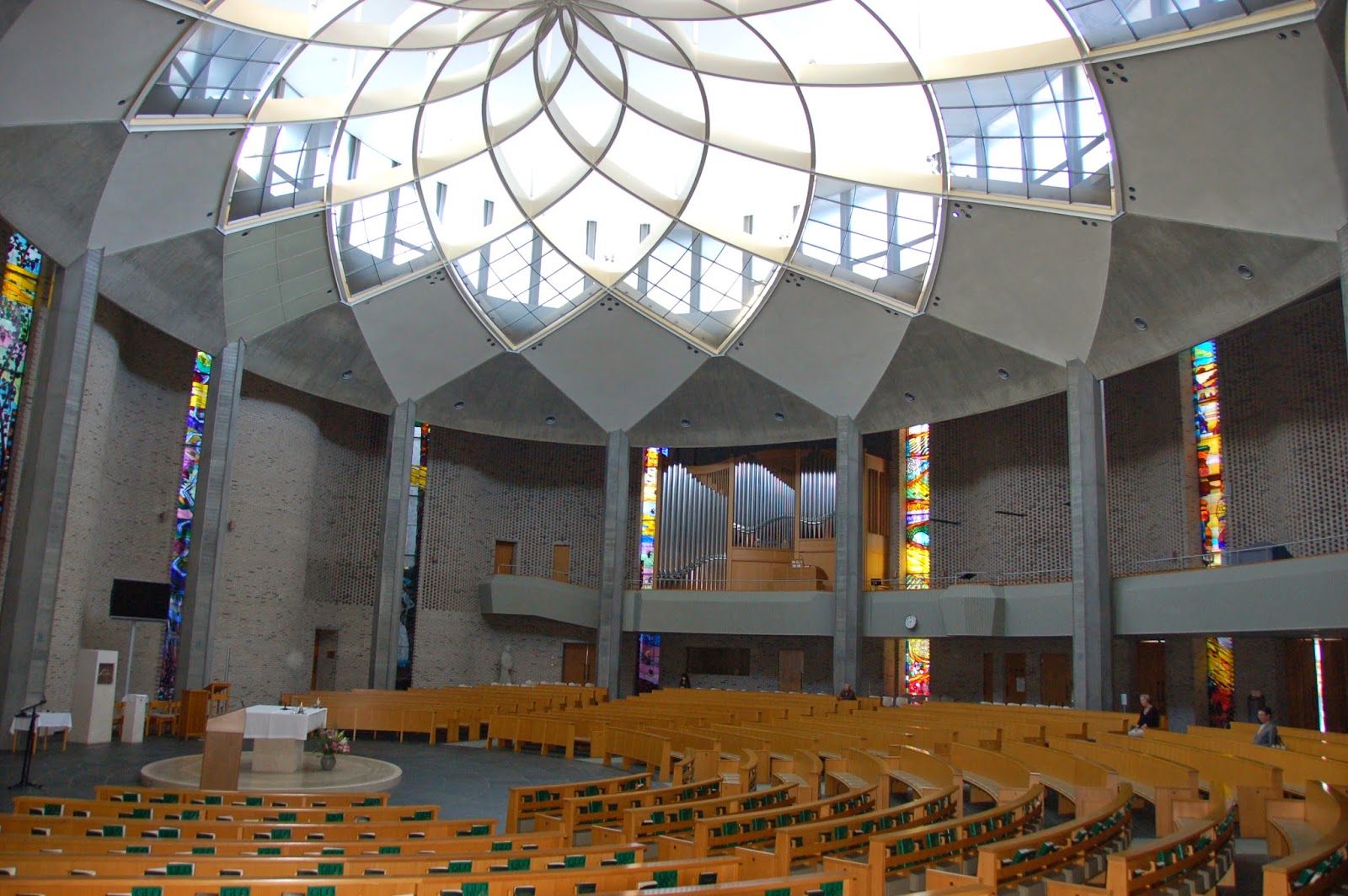 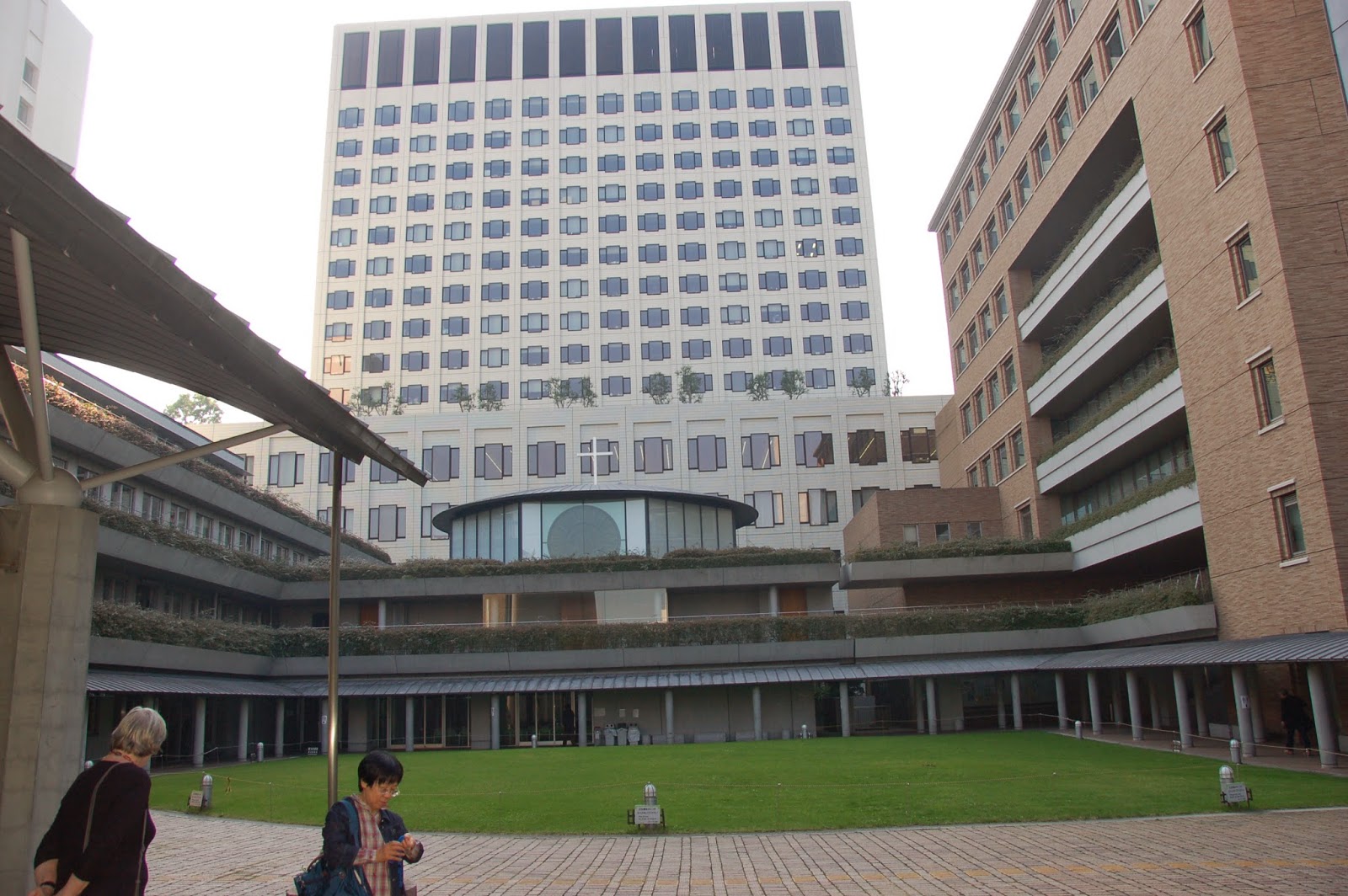 Sophia University is founded by the Jesuits. At the entrance there is a very large modern church with a roof like a lotus tree. There are painted windows, but further very little images. The church offers place for about 1000 people. In the basement there is a large facility for ash of the dead people. On Sundays very many of the visitors to the church are Philippines who work in Tokyo. They come for a service in English. Among the buildoings at the entrance of the campus is also as smaller chapel, probably for the religious community of Jesuits and some nuns working at the campus. This is the round construction at the front. This is also a quite austere and meditative place. All natural material, very few decorations.

I have no picture of the lecture. Only I include here two pictures of Mitsuo Nakamura and his wife Hisako, but these were taken on the evening of Saturday 25 November, when we were invited for dinner at their residence (a quite small house with a little garden; they have a much lager property 3 hours drive from Tokyo). 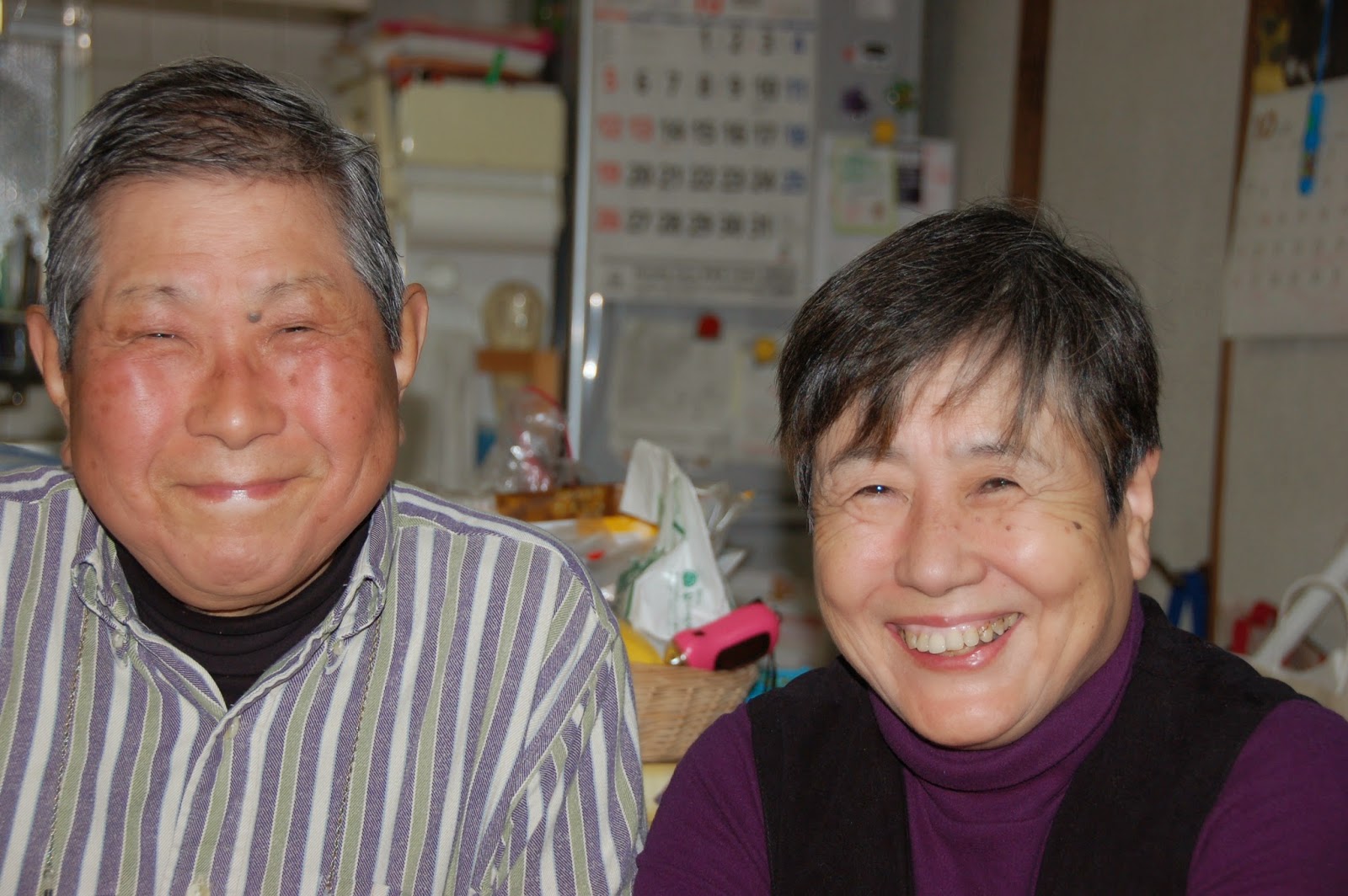 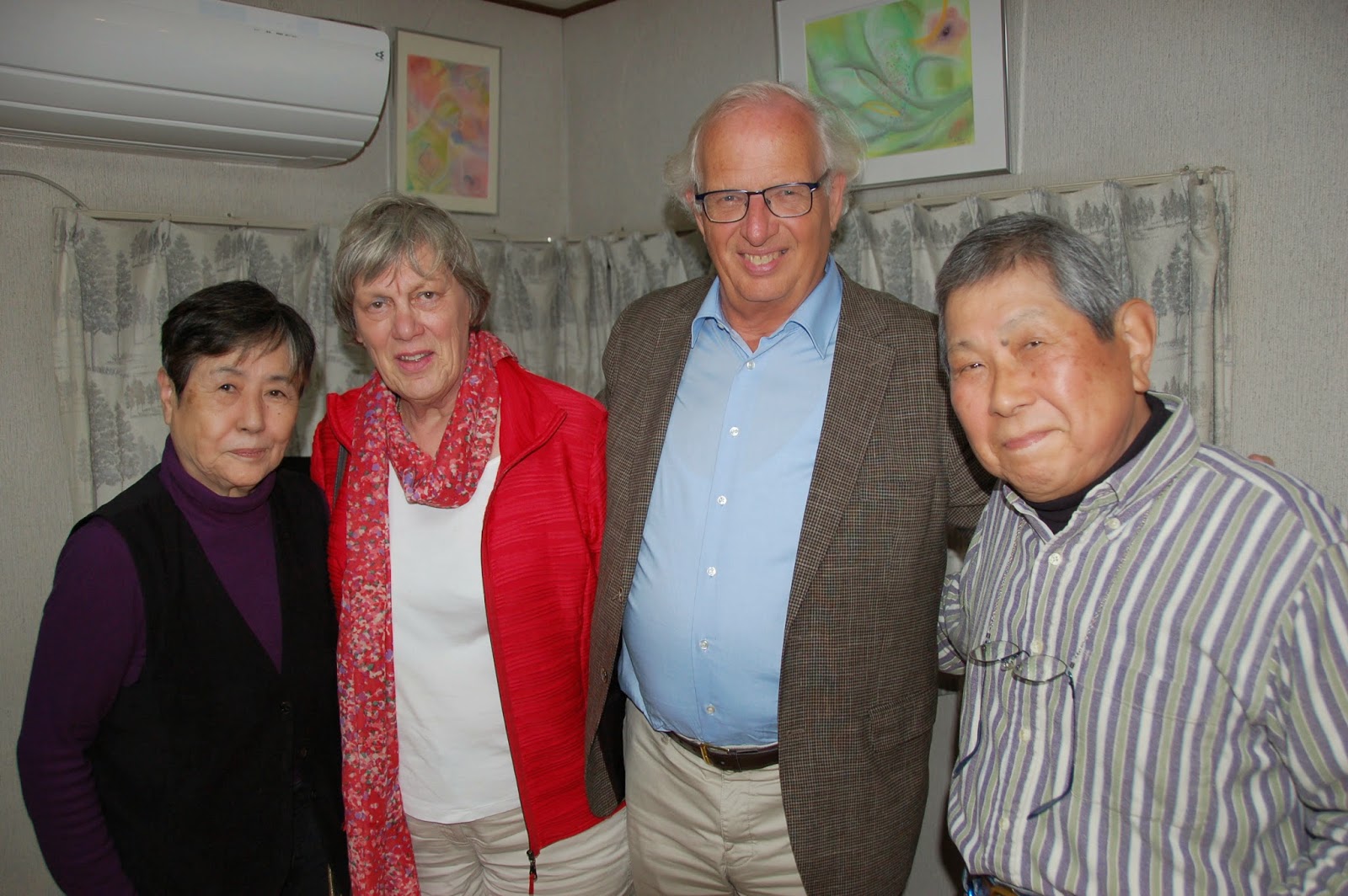 About 80 years old, Mitsuo and Hisako are still going strong, have still much interest in what is going on in Indonesia. Mitsuo arranged for me the sending of his 'Kota Gede revisited', the updated publicatyion of his major study of Muhammadiyah at the local level, broadly enlarged recently, The Crescent Arises over the Banyan Tree, now a book of more than 400 pages, half of it new because of continuing visits and recent research in Kota Gede.
I gave the same talk in Tokyo as in Nagoya. I realised, that under the Presidency of SBY, especially during his last period, when Suryadharma Ali was Minister of Religion, there was a growing commitment of the Indonesian government to orthodox Islam (Ahmadiyah banned, action against new Shi'a groups; less English, more Indonesian culture and religion in primary schools), but that Lukman Hakim Saifuddin now has a very different strategy. In my final version for this paper, I must take account of the new development under  Lukman Hakim.
Gepost door Karel Steenbrink op 01:40