After the wonderful trip to Japan that was recorded in ten short stories, I had about two weeks to correct the proofs of the book Catholics in Independent Indonesia, 1945-2010, and to compose the index, together with Paule. The index is now ready, some minor corrections still have to be made. I hope that everything will be ready in January 2015. There are 30 documents in the book. Seven are in Dutch or Indonesian. Initially I wanted to publish these in English translation, but Simon Rae suggested that they should be in the original language, like was done in the two earlier volumes. I have now posted these seven documents in https://independent.academia.edu/KSteenbrink. They will later also be posted on this blog.

From 13-23 November I went to Indonesia for a wonderful invitation: a Conference in Yogyakarta commemorating the Dutch-Indonesian Cooperation in Islamic Studies, which started in 1978. Martin van Bruinessen and I were invited to attend this event, even to be the central persons. So, I left Utrecht again on 13 November. I arrived in Jakarta/Cengkareng quite late in the evening of the 14th and was taken to the Bale Ocasa hotel, about 15 minutes from the airport. They have an excellent free airport transfer service. The hotel is quite new: no escalator for the three floors, although the space has been prepared. But spacious rooms, nice garden and low price.

There is special decoration in the lobby and at the reception. Large 2.50-3.00 long would carvings, one of Abraham and the other of Moses/. In somewhat medieval style, with several episodes put together in one big ensemble. Most moving for me was the picture of Abraham, happy that he had his son back, liberated from that impossible divine order to sacrifice him. 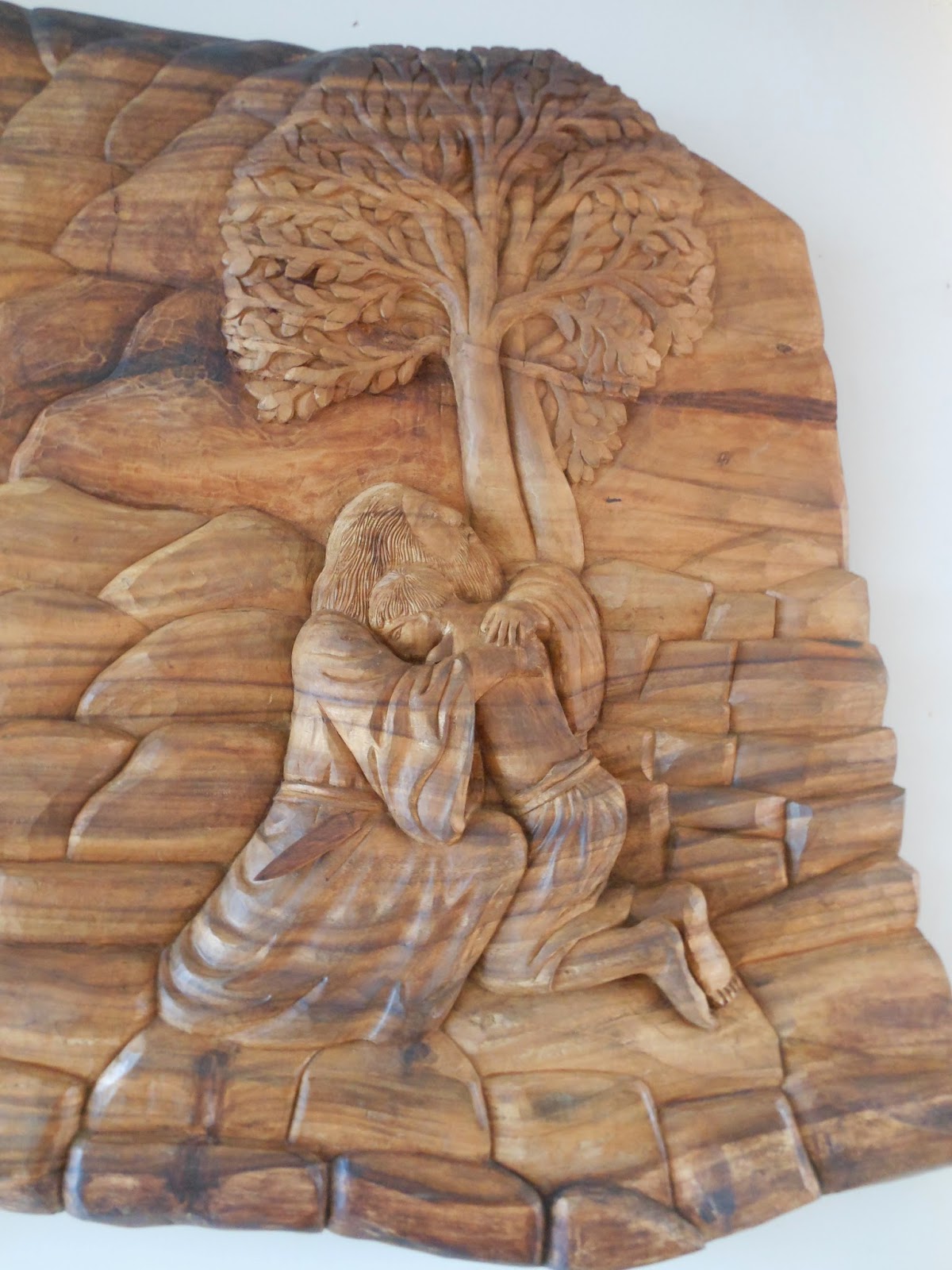 There is also a quite extraordinary scene in the hotel lobby: two angels as guardians of something that looks like the Hebrew Tabernacle. Resembling quite healthy young human beings! I received an email, signed by Ferdian Octavianus. Is he family of the well known Evangelical church leader, Petrus Octavianus, founder of the Institut Injil Indonesia in Batu, near Malang? The artist is some Toto from Jepara, apparently not an artist of big fame, but especially the Abraham is beautiful. 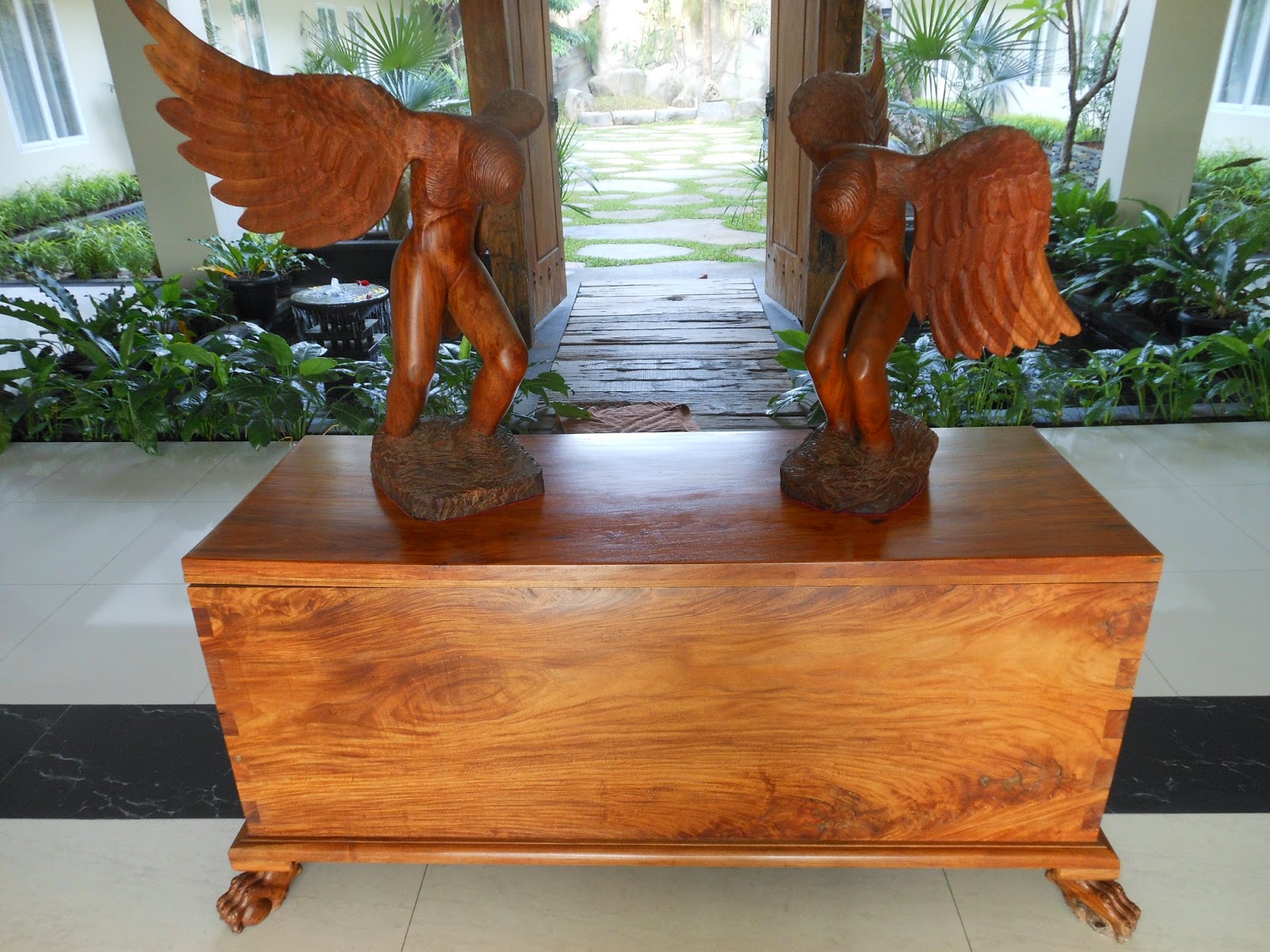 From Bale Ocasa I arrived easily back at the airport. I had to move from one hall to another. By shuttle bus: I felt immediately at home in Indonesia. There were few buses, overcrowded in the hustle of the traffic at the airport, so different from Japan and also from Kuala Lumpur, we I had seen modern shuttle trains between the terminals. 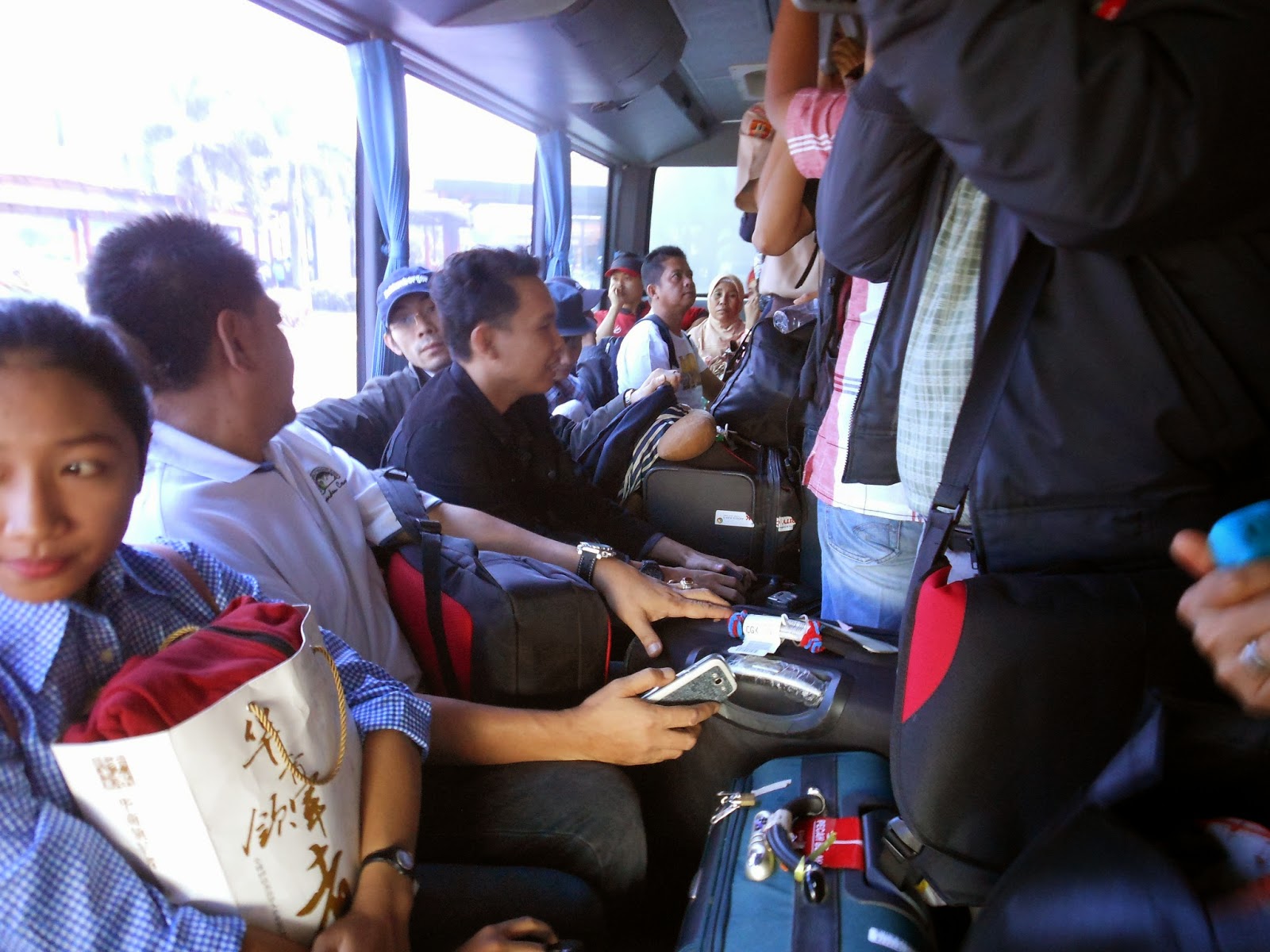