The Crusades of Yusak Soleiman

Yusak Soleiman is a historian, teaching at the STT, Sekolah Tinggi Teologia of Jalan Proklamasi in Jakarta. I  now see that I did not write about his detailed dissertation on Christians in Semarang, 1750-1800 (defence of dissertation 7 September 2011). It is a story about the colonial church, many of its members were Ind-European or as we now would say Eurasian. A white church, Dutch speaking, although there were also Malay elements (but not really Javanese). Many members of this church were poor and much of the duty of the church had also to do with care for the poor.
Yusak Soleiman pleads for integration of the 200 years of the VOC as part of the history of the Protestat Church, also in Java: "My intention is to bring to the light the onknown and forgotten past of the early Christian community in Java. Historians of the Christian Mission tend to see only shortcomings in the first 200 years of Protestantism in the Indonesian Archipelago" (199)
In 2002 Yusak held the lecture to commemorate the foundation of the STT and it had the crusades as theme. Now he has written a book of 182 pages, Perang-perang Salib, hantu dari masa lalu, bagi masa kini dan masa depan bersama Islam dan Kristen? (Preface by Prof. Noorhaidi Hasan; Jakarta: Grafika Kreasindo).

This is without doubt a story of the crusades from Christian and Asian perspective. The question that is put in the first pages sounds through the whole book: is it possible to fight a 'holy war'? This is not only a question for Christians. In fact Yusak starts with the Arab/Muslim expansion around 632-750, the division of Christianity in Byzantines, Nestorians, Armenians, Syrians, Copts in Egypt. Until 1100 most of Europe was in a dark age. Should the crusades be seen as some kind of European response to Muslim attacks? These are quite general reflections for the first 38 pages.
Pages 39-130 give detailed information about the actual crusades: many waves of attacks from Europe, somewhat successful, often a disaster. For an Indonesian the travelling in Europe itself is not so interesting and this section of the common story is skipped here. Much attention is given to the better organization of the politics in Muslim lands, especially the Seljuks and Saladdin. There is also much self-criticism: Western Christian attacked the Greek Christian in Contantinople.
The book ends with two questions: "If heaven is the reward for the killing of faithful of other religions, do we then really want to enter this heaven? If my salvation depends on the destruction of other people, what kind of God will offer us this salvatioon?" (178).

Above Yusak in Jakarta in an academic gown. Below at our house in Utrecht, signing the book on the Crusades. 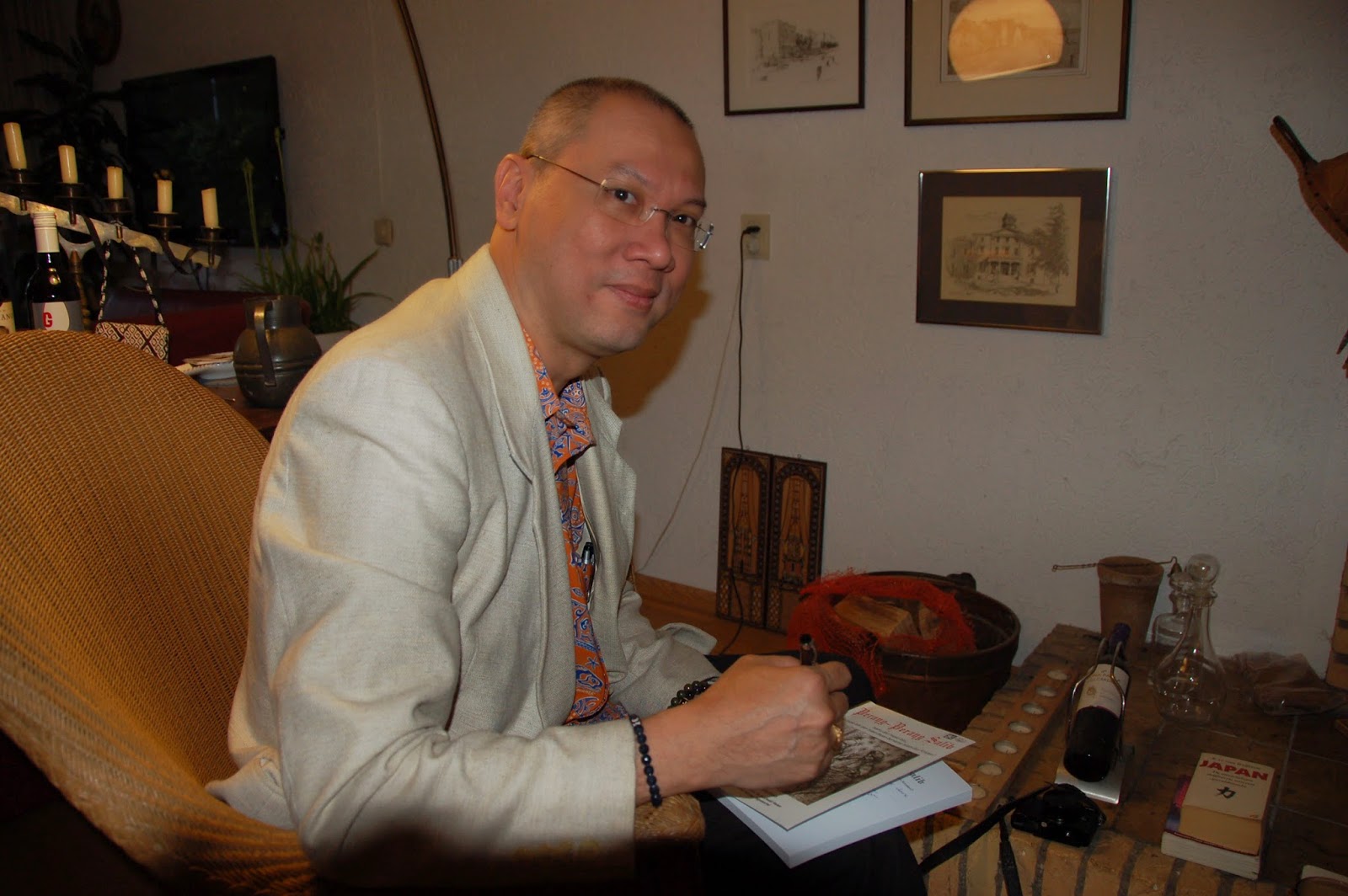