Kyoto day 3. With Rosita Dewi to the Palaces of the Shogun and the Shrine of the Traders 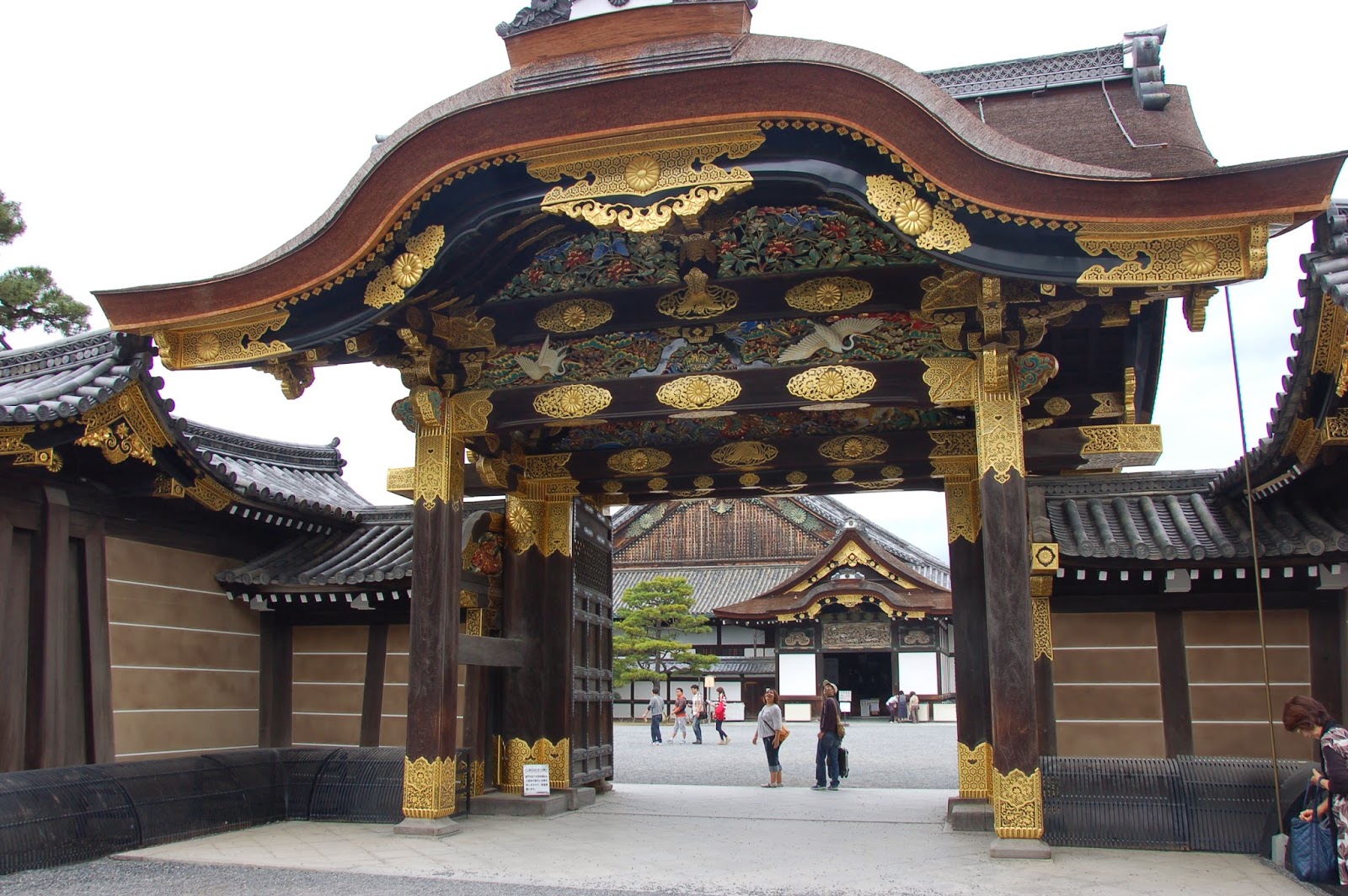 On our third day of visiting highlights in Kyoto (monday 20 October), our guide (suggested by Yasuko Kobayashi, the real networker who organised also this part of our trip in Japan) was Rosita Dewi, researcher of LIPI in Jakarta, the National Indonesian Foundation for Academic Research. She is writing in Kyoto a dissertation on social development in the Merauke region of Papua, focusing on the relations between local Papua citizens and migrants who arrived from elsewhere, mostly Javanese rice farmers and workers in the palm plantations. They are gradually taking over large sections of Papua and there are conflicts between the two groups. Rosita is quite keen on the developments without naively thinking that a research may immediately solve all the problems.
Our first goal was the palace (Nijo-castle) of the Shogun in Kyoto. During the Edo period (1600-1850s) the Tokugawa Shogun ruled in Tokyo, but the emperor had his court in Kyoto, the traditional centre of the empire. Only in 1868 the emperor became the actual ruler again and moved to Tokyo. We did not visit the imperial palace and garden, but retricted to that of the Shogun. Most spectacular are the gates and the gardens. The palace itself it big, but rather austere and empty. The wall paintings are beautiful, but only trees and birds. 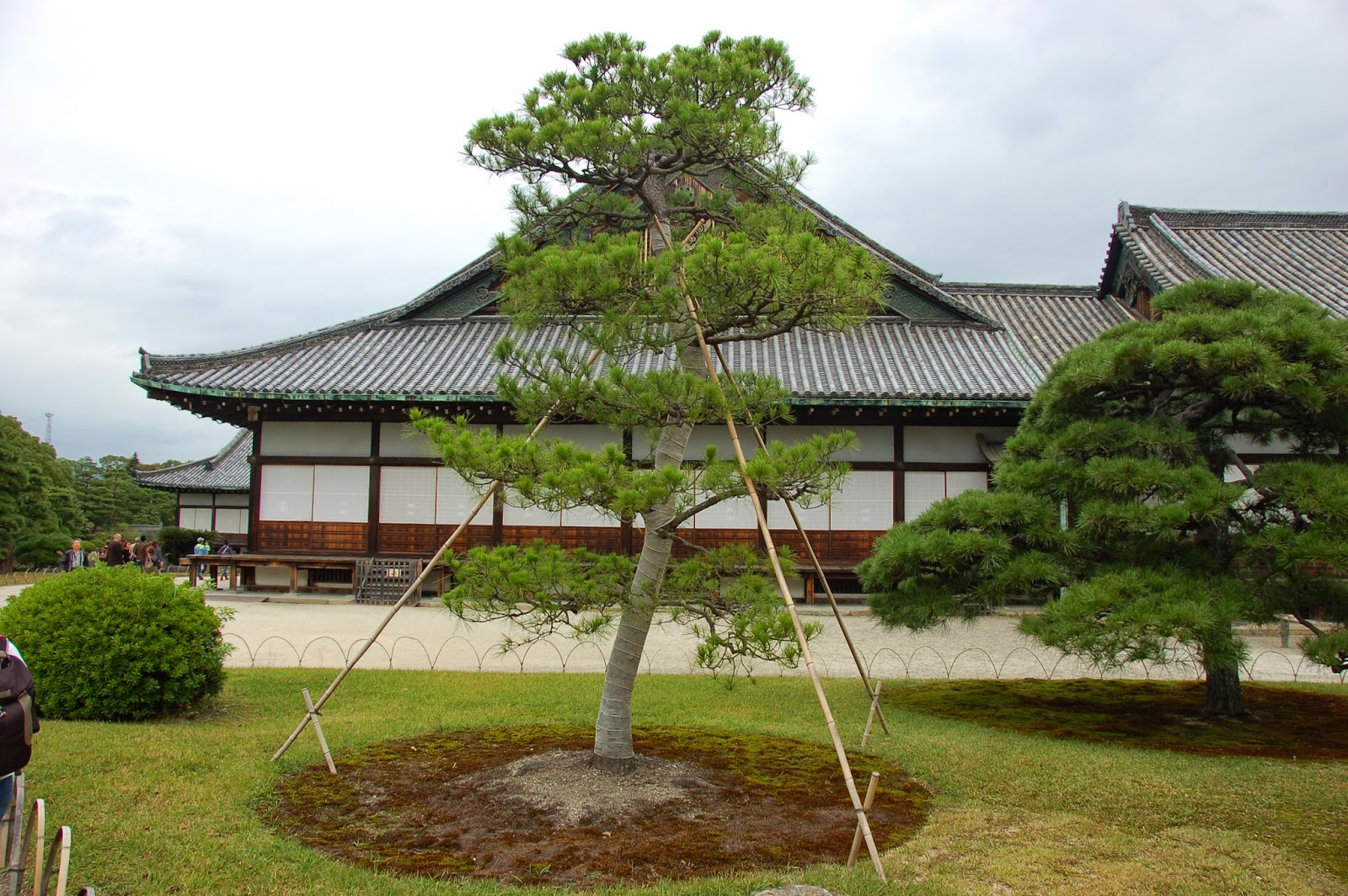 Truly old trees are strengthened with bamboo in order to save them. This is nature forstered and cared as if it were beloved parents in a home for elderly people! 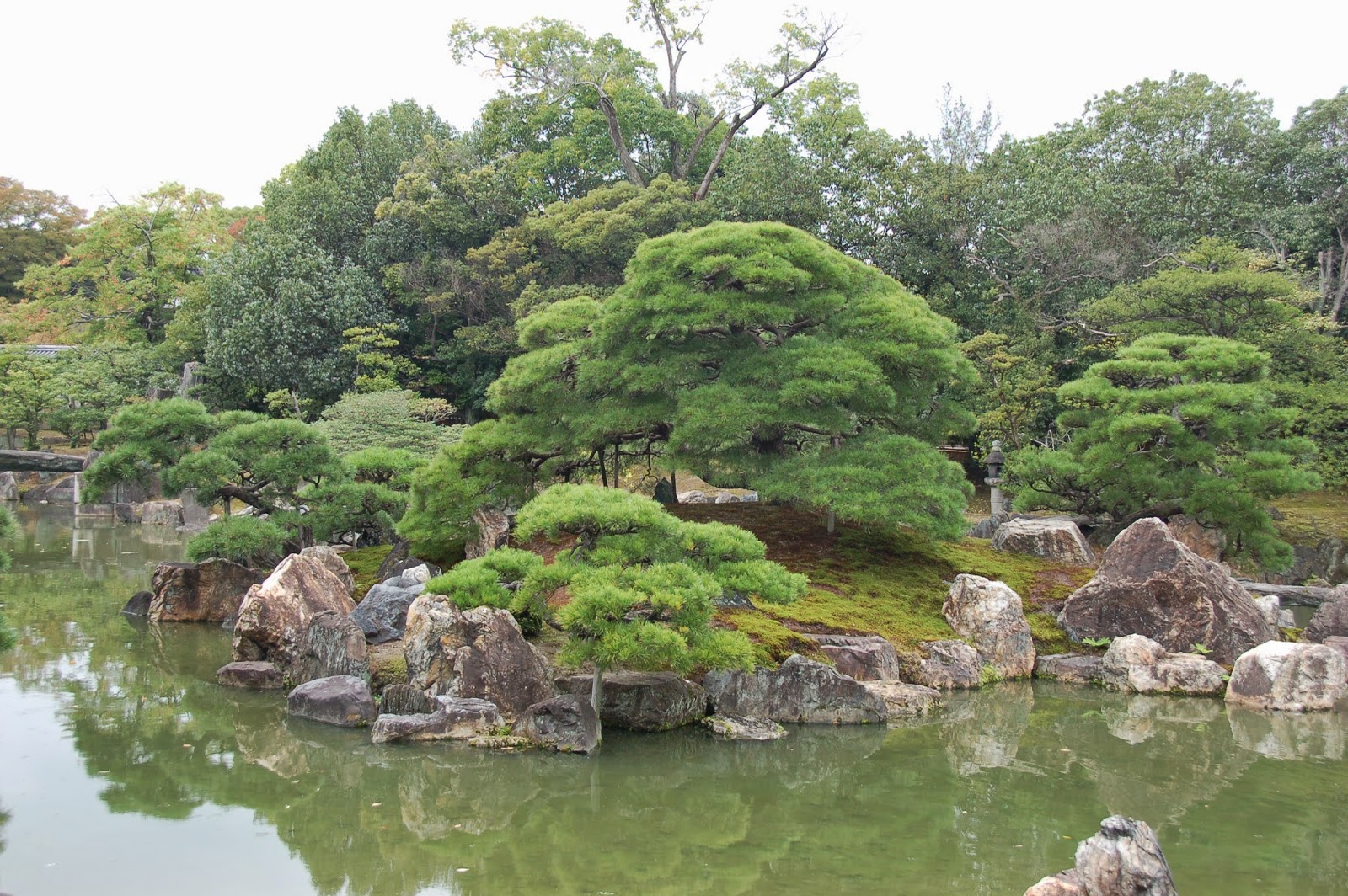 Stones, artifical lakes, complicated structure to have waterfalls. Very different from the French and English styles we have in Europe for palaces. Maybe the waterpalace in Aceh and Yogyakarta has been taken from this Chiese-Japanese garden architecture. 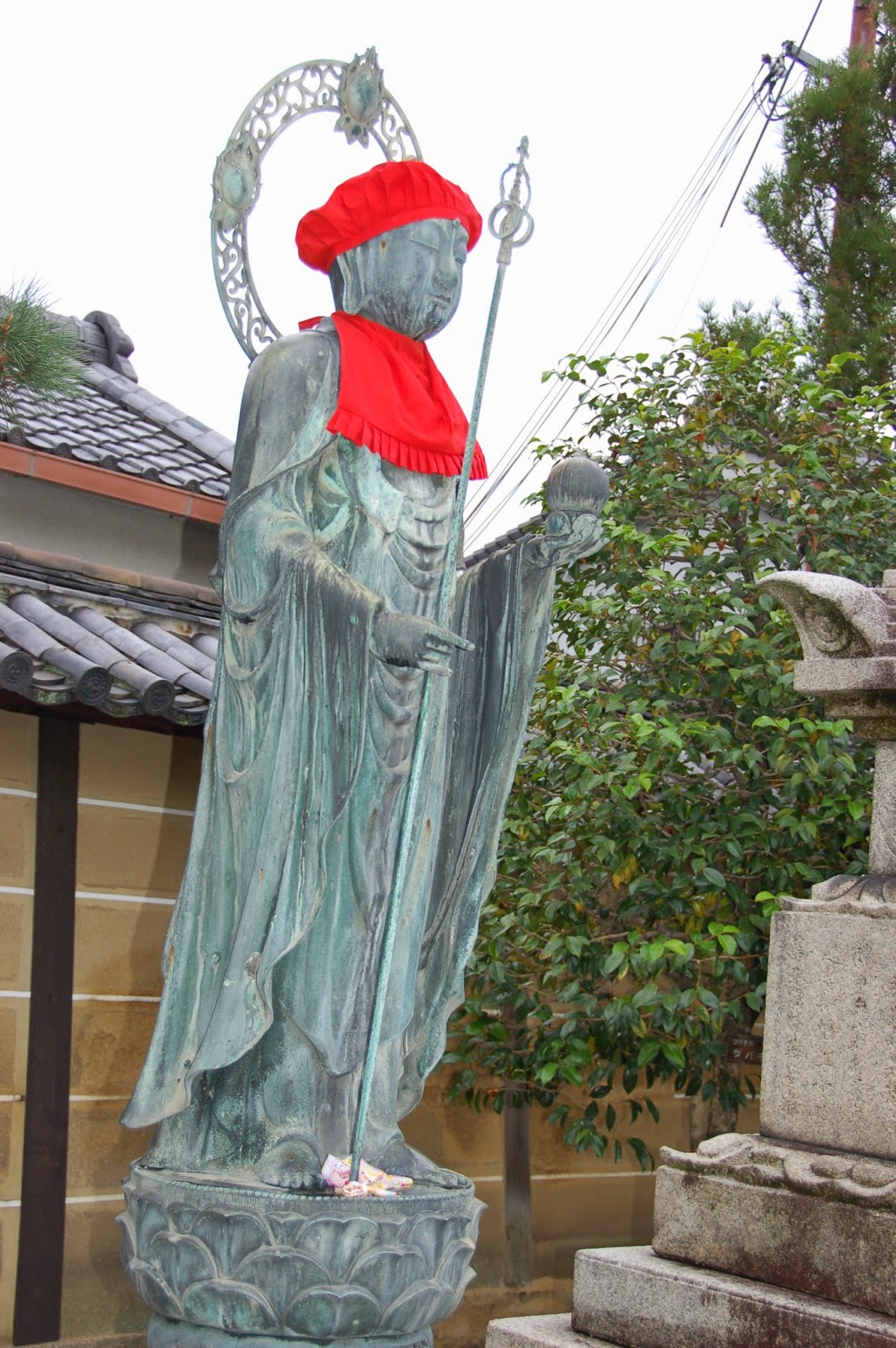 Second visit this morning was the big Toji temple with a large number of some 20 old Buddha statues and very baroque generals in two large halls, where taking picture was forbidden. The temple was built in 794, burnt down several times and the present buildings are from 1603. There is a very high pagode, highest in Japan. There is an extension to this temple where I took this picture of a Jizo, a protector for little children and pregnant women. Some kind of Pontianak, but as a good demon. Mothers who lost her children or had similar problems put the red clothes on the statue. 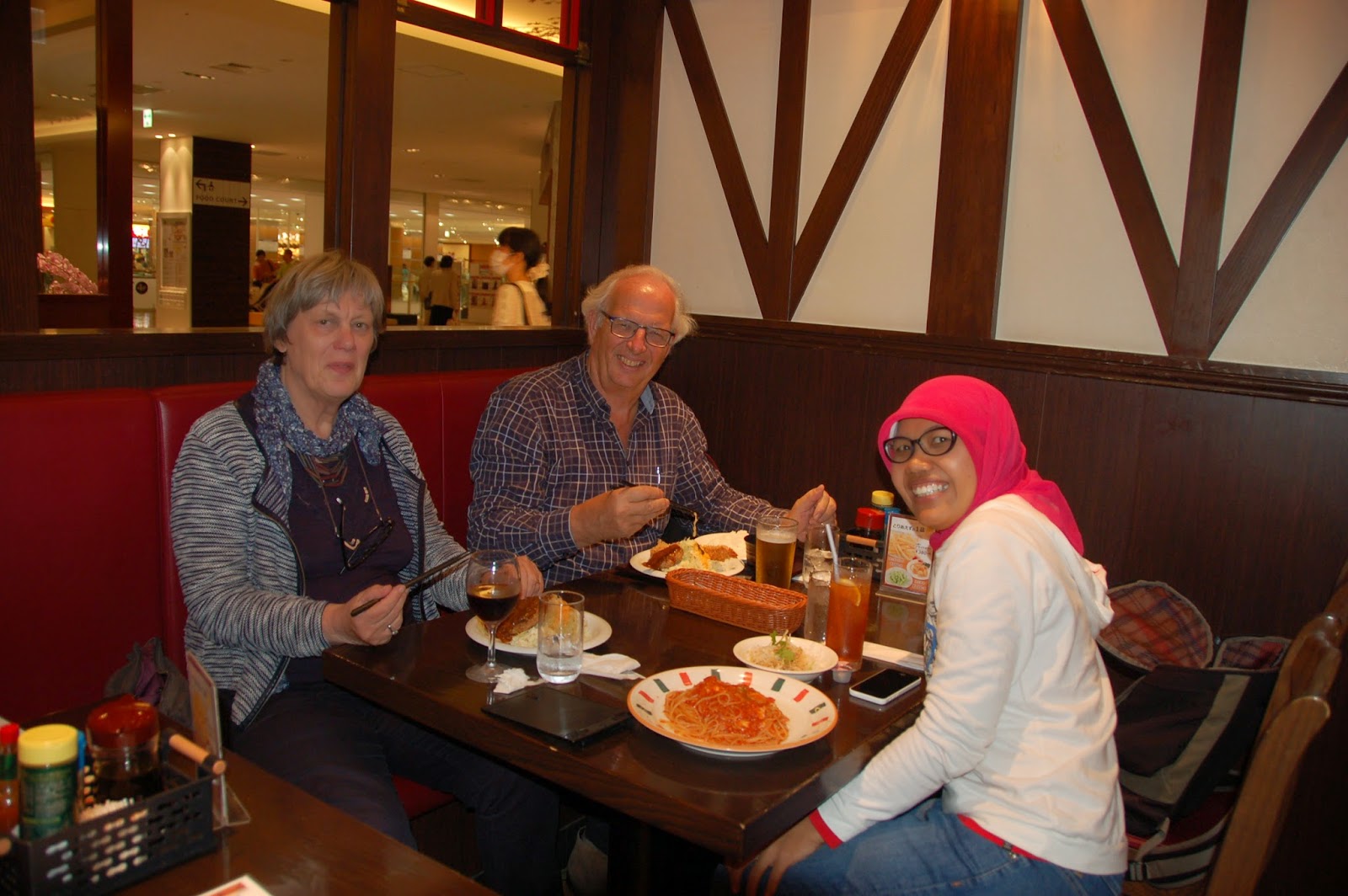 We took our lunch in one of the big malls, close to Kyoto Central Station. A truly modern building, here with a restaurant in German style (and good beer). With jilbab our guide and interpreter of Kyoto for this day, Rosita Dewi. She is here with husband and two children who go to a Japanese school. She could manage very will speaking and reading Japanese, although she was only for one year in Kyoto. This was the day when new President of Indonesia was inaugurated, Joko Widodo. So, our talks went from Kyoto to Jakarta, Papua and many comparative cultural issues. 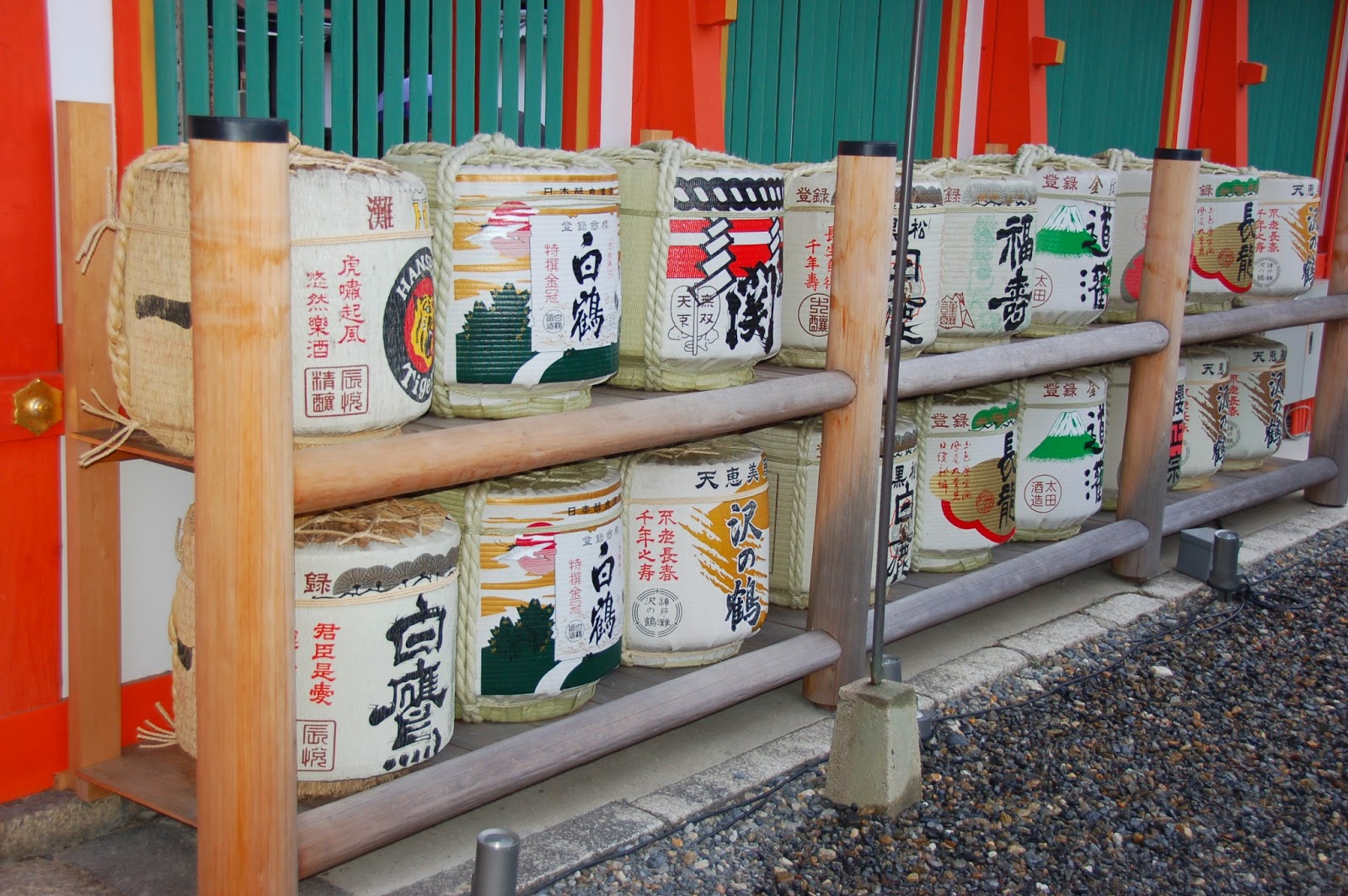 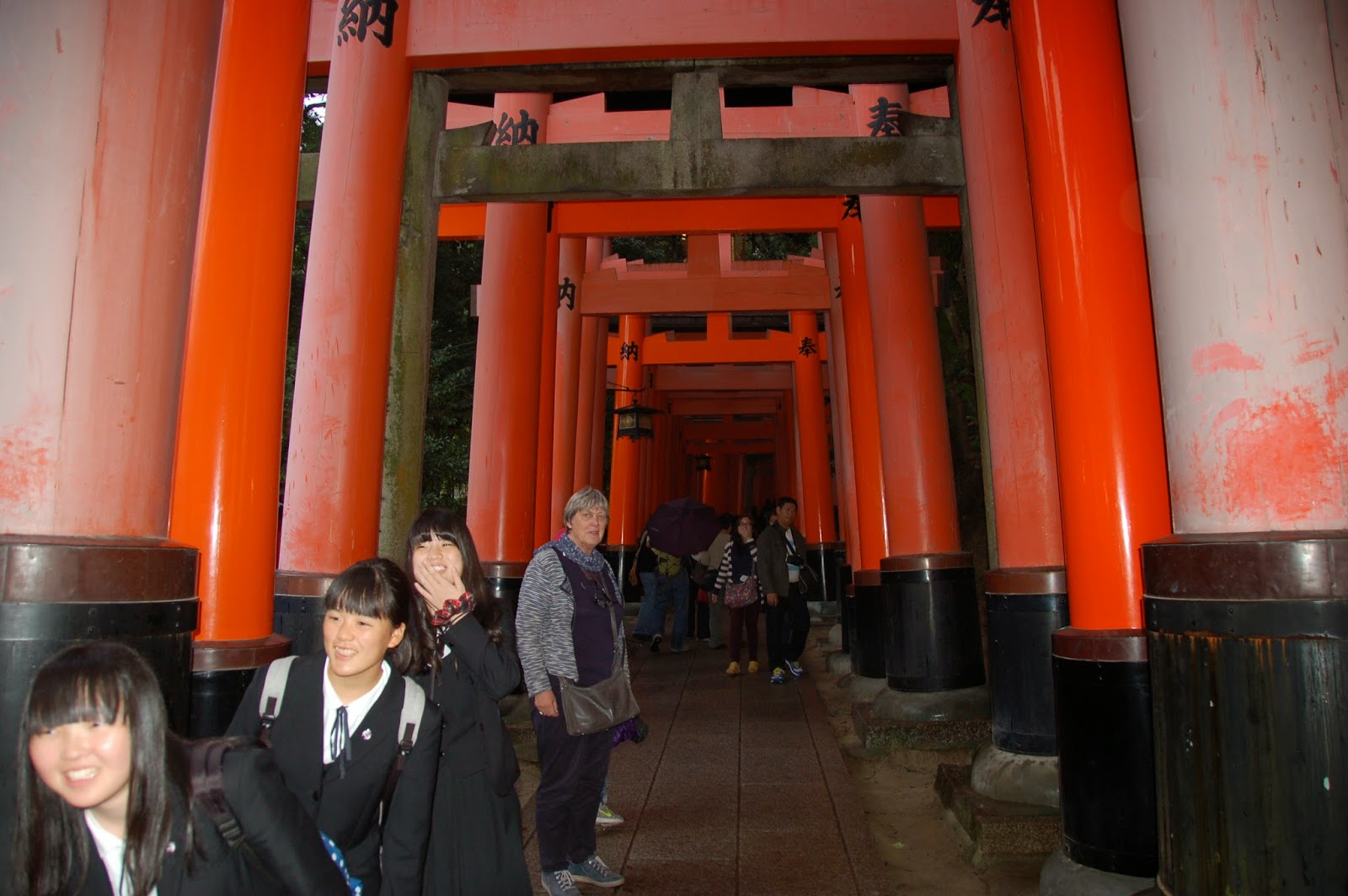 This was only day we had bad weather, sometimes cold and a good deal of rain in the afternoon. All the other days we enjoyed mild, even warm, weather of the early autumn. We went by train to the Fushimi shrine. It is nearby in South Kyoto. This is the major temple for Inari, some kind of Dewi Sri: God for rice and sake. It is built for all kind of material wishes. At the entrance we find large containers for sake and the temple is quite spectacular for about one thousand of big torii, the gapura or entrance to a Shinto shrine. It goes on and on. Laughing, sometimes also praying Japanese devotees have here a mix of religion and fun, hope and a relaxed walk in this vast sanctuary. 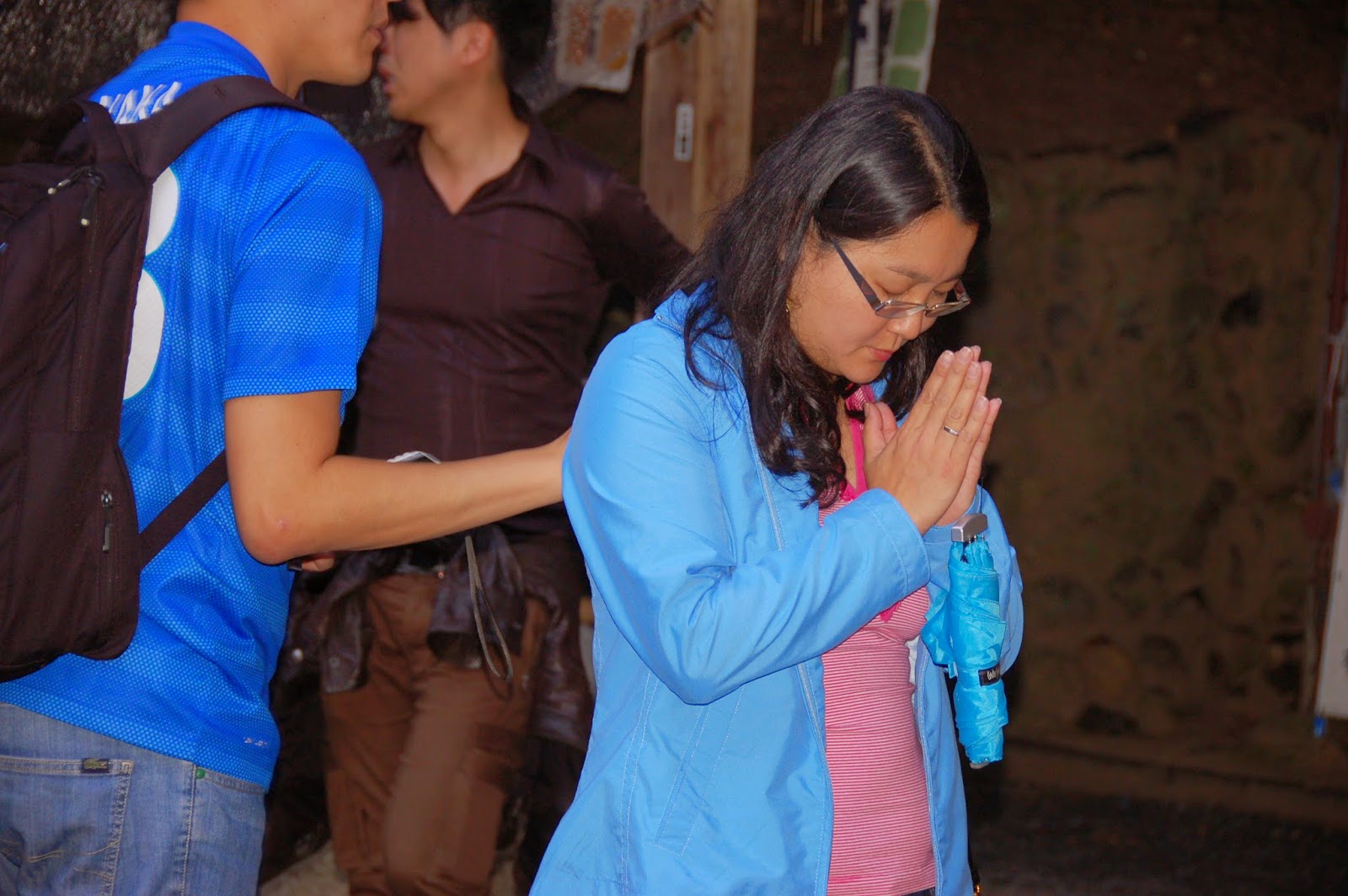 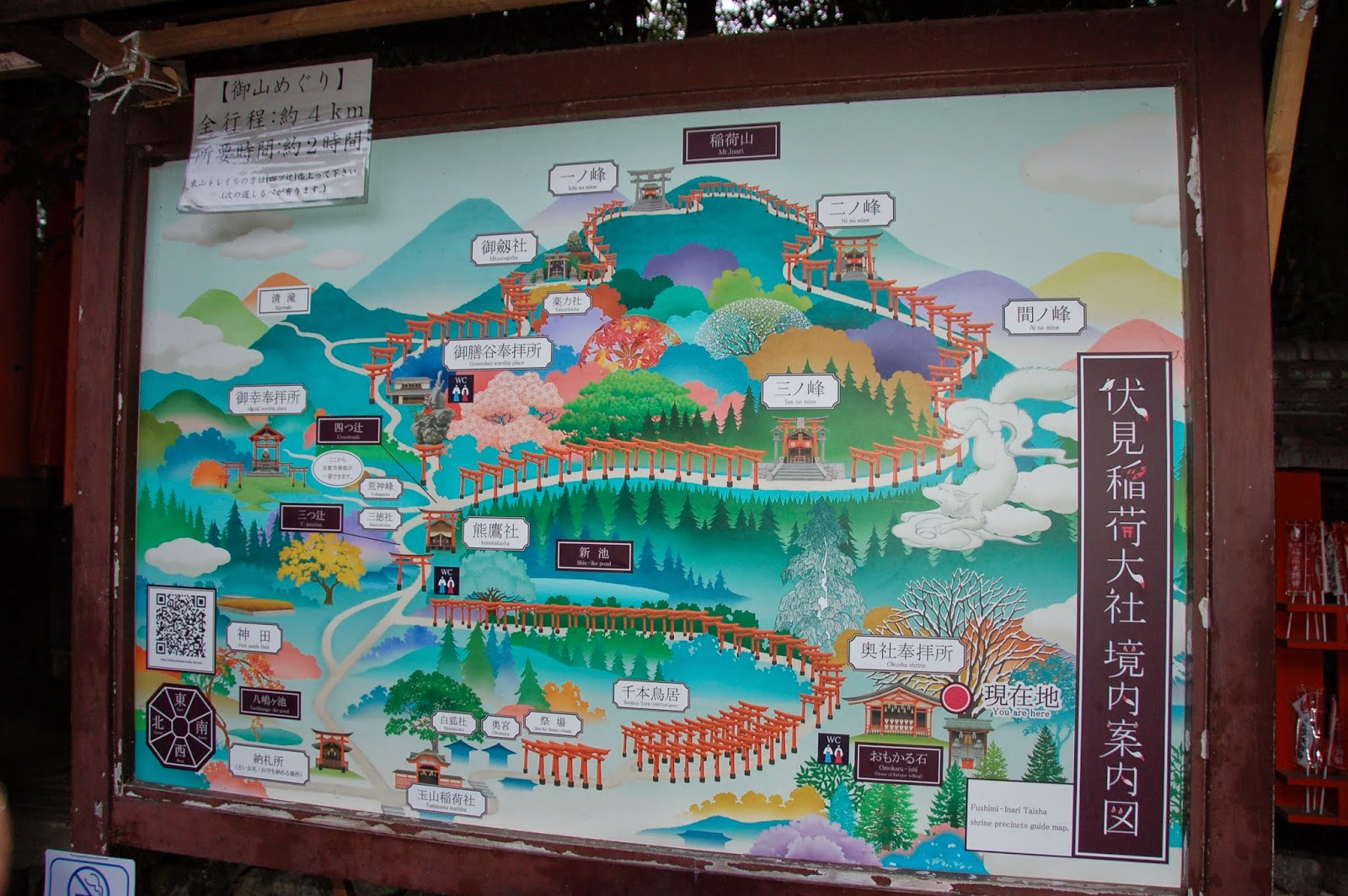 The short ritual starts with clapping hands ('to wake up the god, who may be sleeping...'), some bowing, praying, final clapping. Sometimes one rings a bell at the entrance. It is all short visits in an individual style, although some people are specially dressed for this visit in kimono or the male equivalent and ask for the help of priests. Amazing all these temples in Kyoto and perhaps we have seen only 5% of the major ones!
Gepost door Karel Steenbrink op 04:00