In Kyoto our hotel, Westin Miyako, was close to the Nanzen-ji temple and therefore we went on our last day in Kyoto first once again to this nice place. Surprise: the shortcut walking from the hotel lead us through still another beautiful temple, again under restoration. Again famous for its gardens! 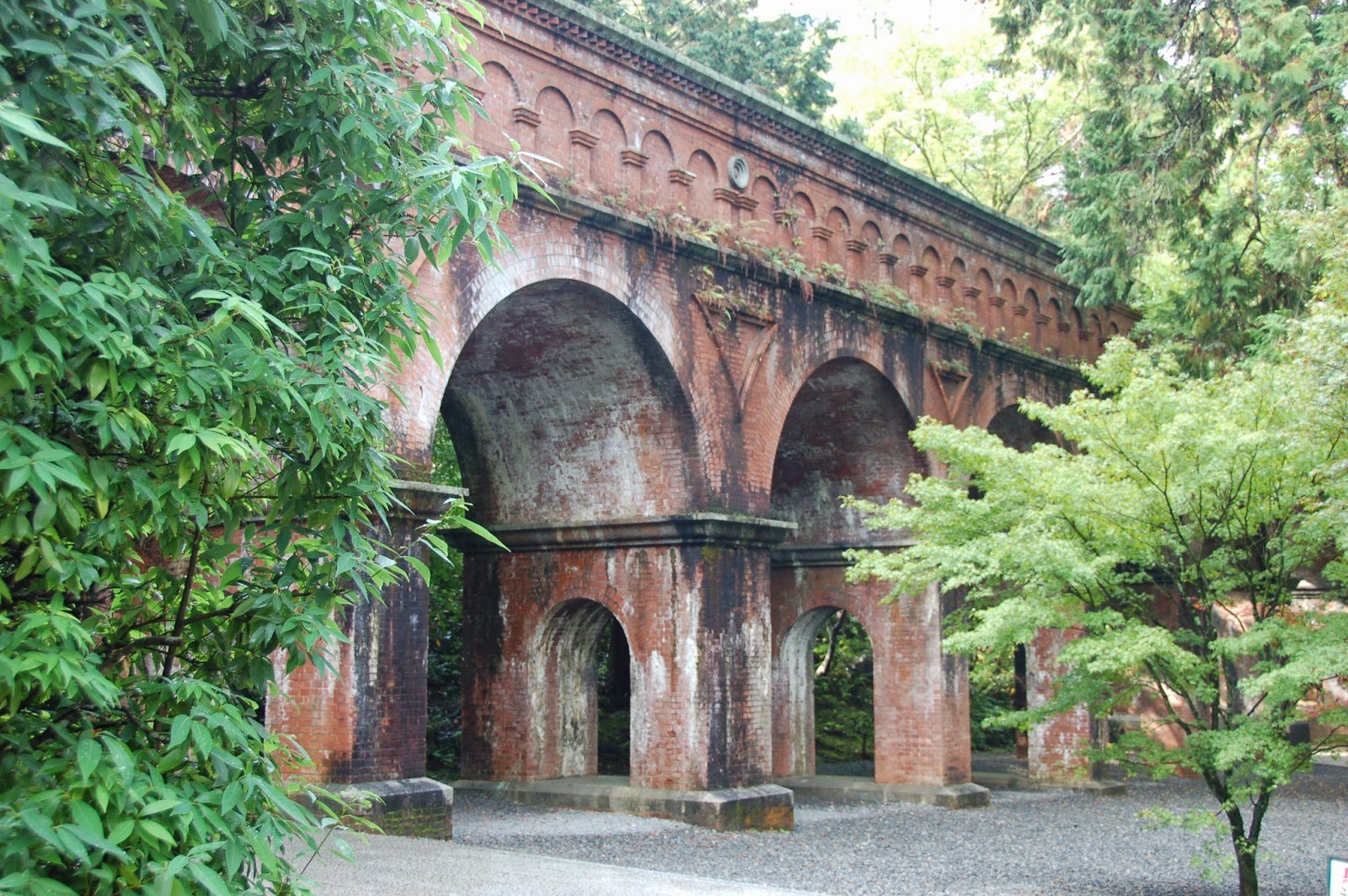 This comnstruction is an aquaduct, built in 1890 and now also looking antique alias very old, covered by trees. But it was built about nearly 300 years after the original temple. Now this is seen as part of the modernity of theMeiji period. For us it was still in harmony with the old temple. We were talking about the row of pesantren in Jombang. They are not so beautiful, far from it, but much more crowded than this grand series of temples on the eastern side of Kyoto (and there is also a large series on the western side, besides quite a few in the centre). We do not know how lively Buddhism, also in its Zen variations, or how vivid Shinto is in Japan. 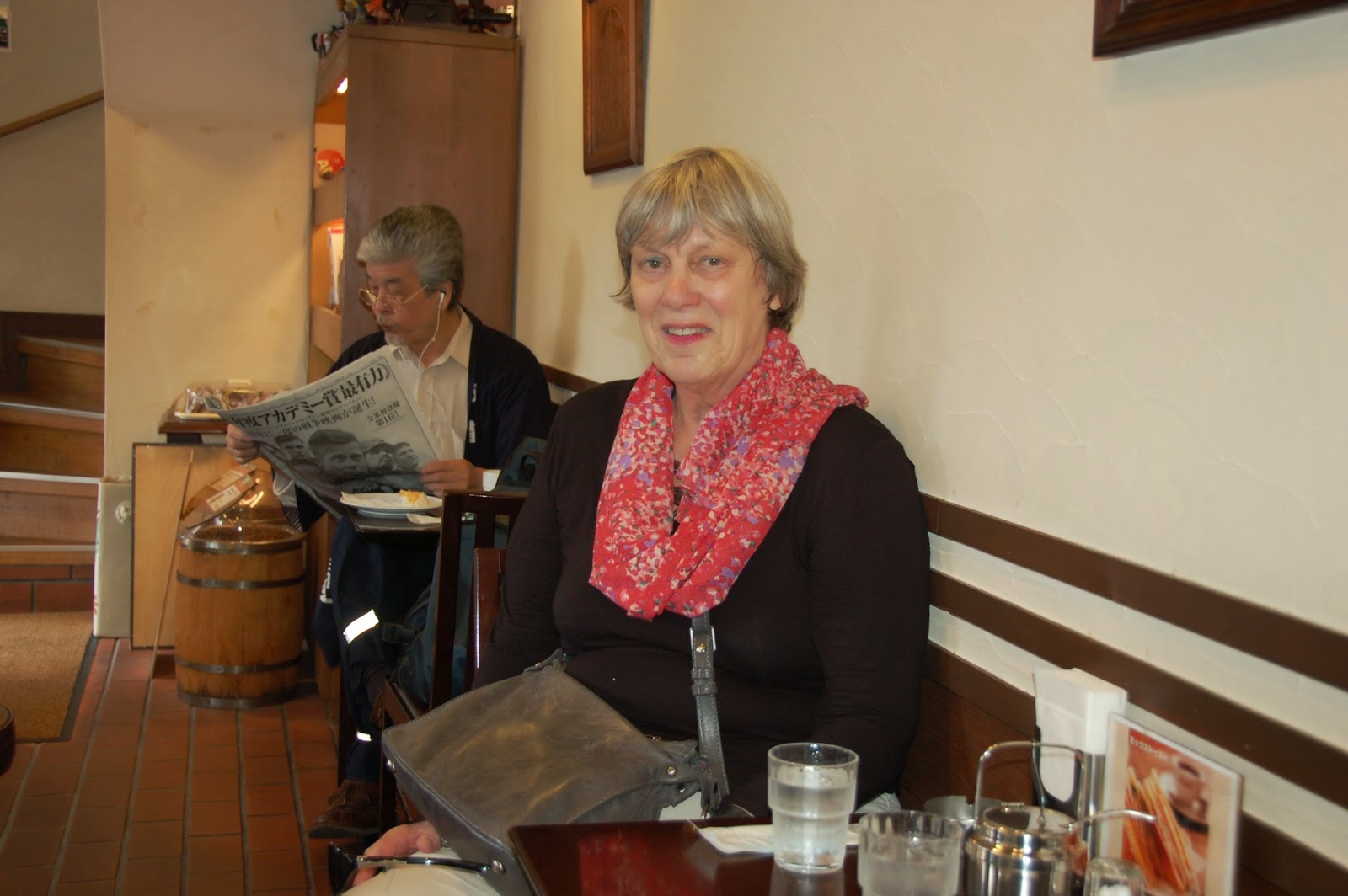 From the hotel we dropped our luggage first in lockers in the central station and then walked to the national museum. Above Paule during a coffee break in a small shop. The National Museum has two buildings: one from the 1890s resembling the architecture of the Museen Insel in Berlin, very German. And one brand new building where the general collection is shown. Here we saw Buddhas, statues of other deities outside of their natural environment. Potteries, paintings, but not placed in castles. This makes the museum somewhat artificial. It does not have the status of Louvre or even Rijksmuseum which an icon of the country and an important expression of the own culture. Here it was an interesting place to show bits, small pieces of the great religious and feudal culture. 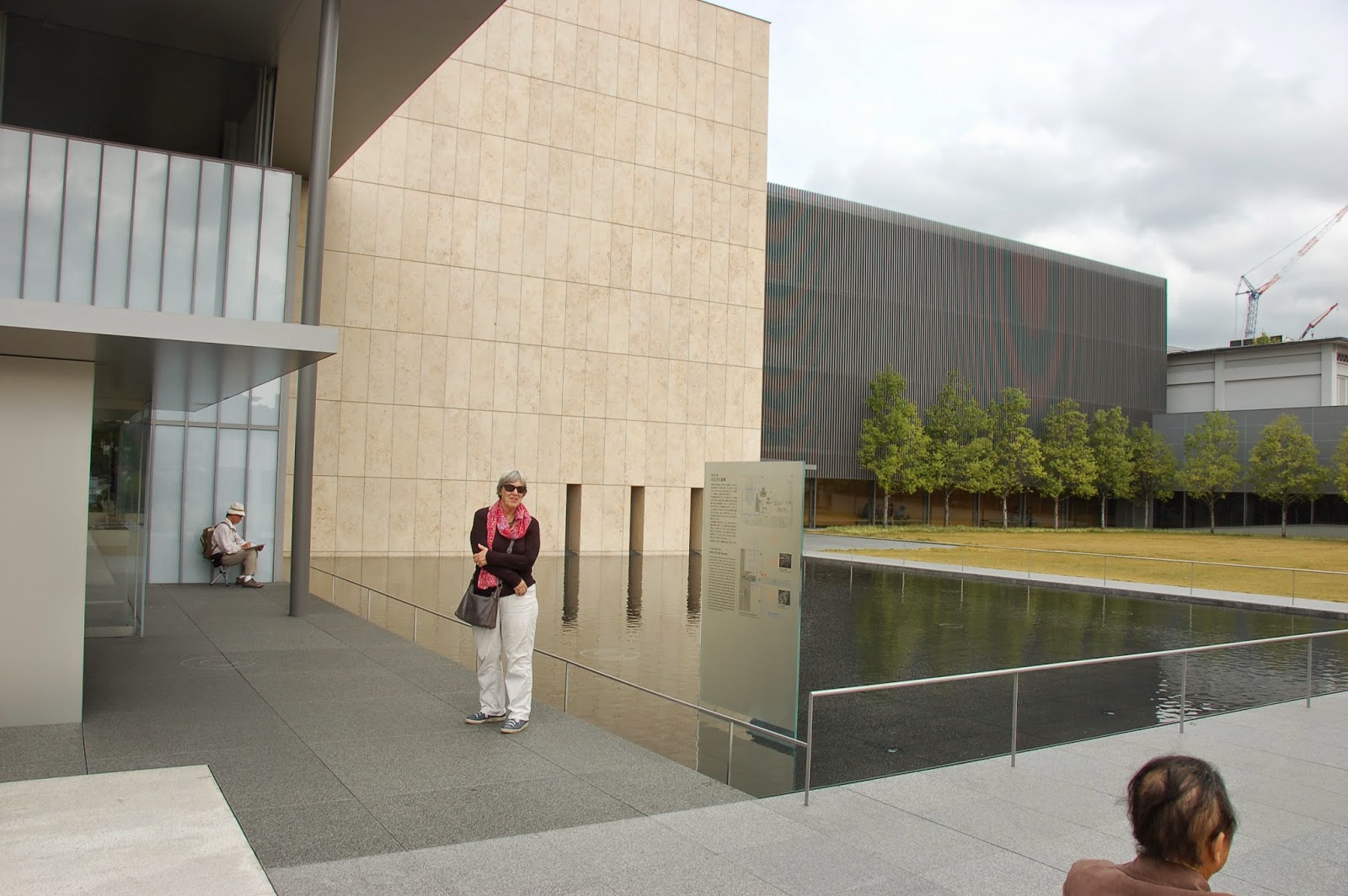 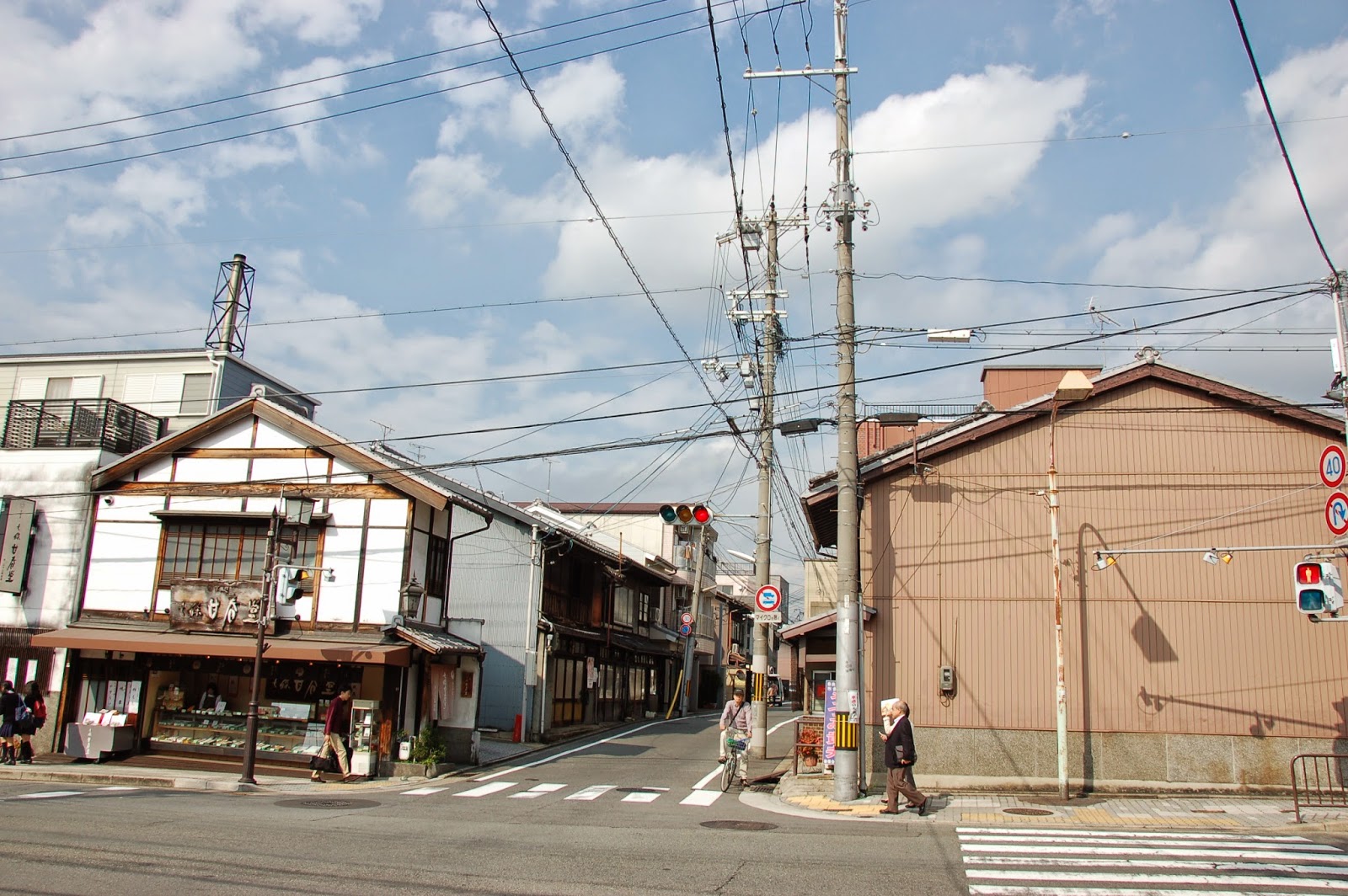 I wondered why Japanese streets often look so clumsy, in disorder, while the whole country is one big show of discipline and order. The reason is that there is a great fear for earthquakes. Electricity with cables underground may cause much problems, fire, electrocution. Therefore it is all above the ground. This makes the neat and proper streets of Japan still looking sometimes like those of an underdeveloped country like Indonesia. 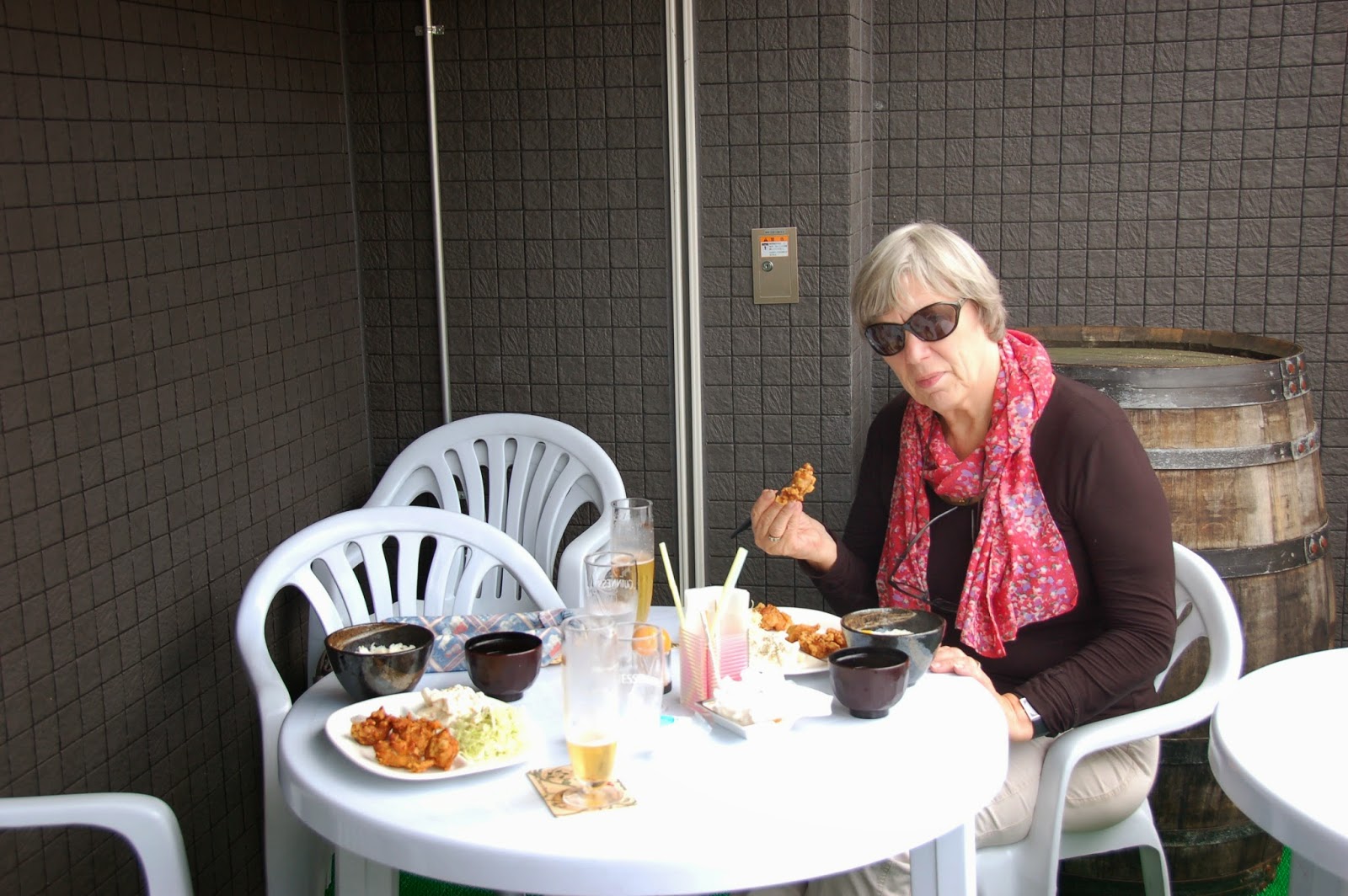 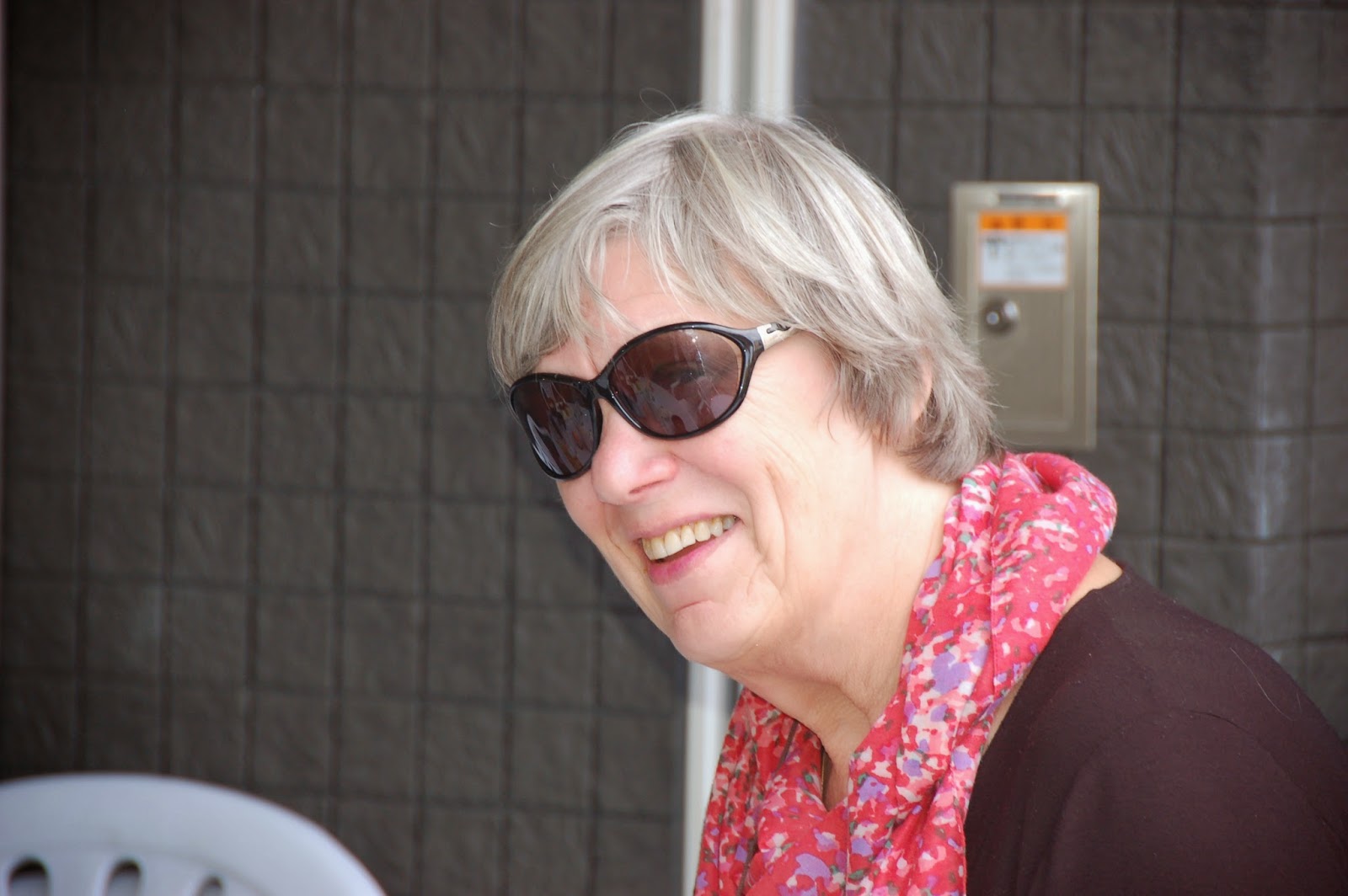 Walking back to the Central Station of Kyoto we had a nice lunch on one of the very few terraces along one of the main streets, in front of a restaurant. Paule enjoyed the nice weather, the good view and the cosy atmosphere. Nearly all restaurants where we had meals were family-business, run by husband and wife, for 10-15 people, very seldom more. No big McDonald. 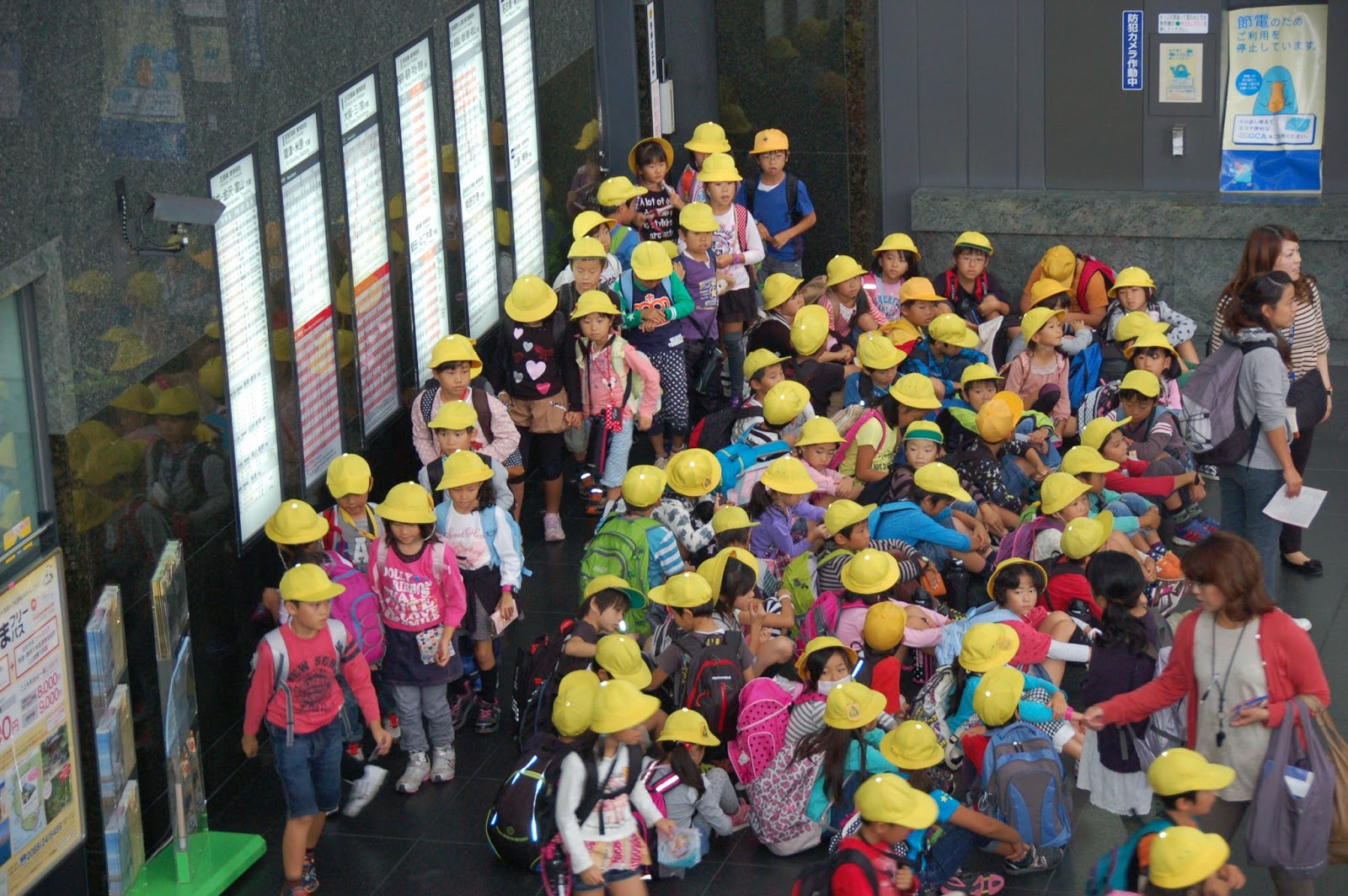 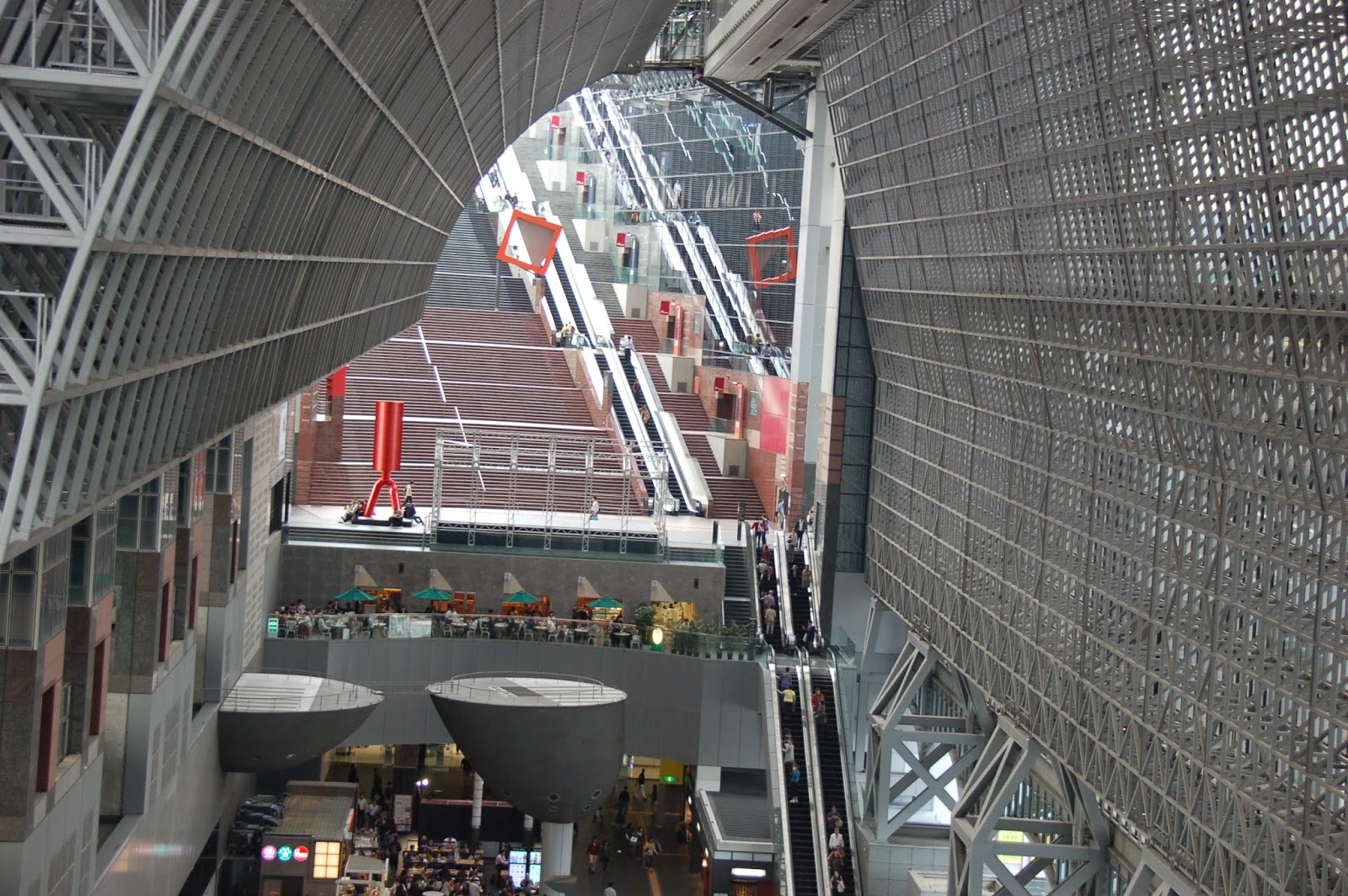 From the Central Station of Kyoto: immense with moving staircases that seem to go on and on, we took the fast train to Nagoya: only 35 minutes for a distance of some 140 km. Every ten minutes a new train comes in. Wonderful: thank you, Yasuko, for organizing all this for us.