Saturday 25 October 2014 we saw a few highlights of modern Tokyo. Our guide was a former student of Yasuko Kobayashi, Hiroshi Mizutani. He has lived for about four years in Jakarta as a young boy, because his father worked in Cilegon at the steel factory. Later he lived for some time in Thayland. Now he father, a chemical engineer, is teaching in Riyad. His English is good, more or less as fluent as his Indonesian. He is now active in a consultancy firm, human resources, something like finding jobs for Japanese overseas and the reverse. Jafar already said to us, that now the Japanese want to follow the Singapore system: Japanese women should accept full time jobs and for housekeeping on a temporary basis people from the Philippines and Indonesia should be invited to work in Japan. 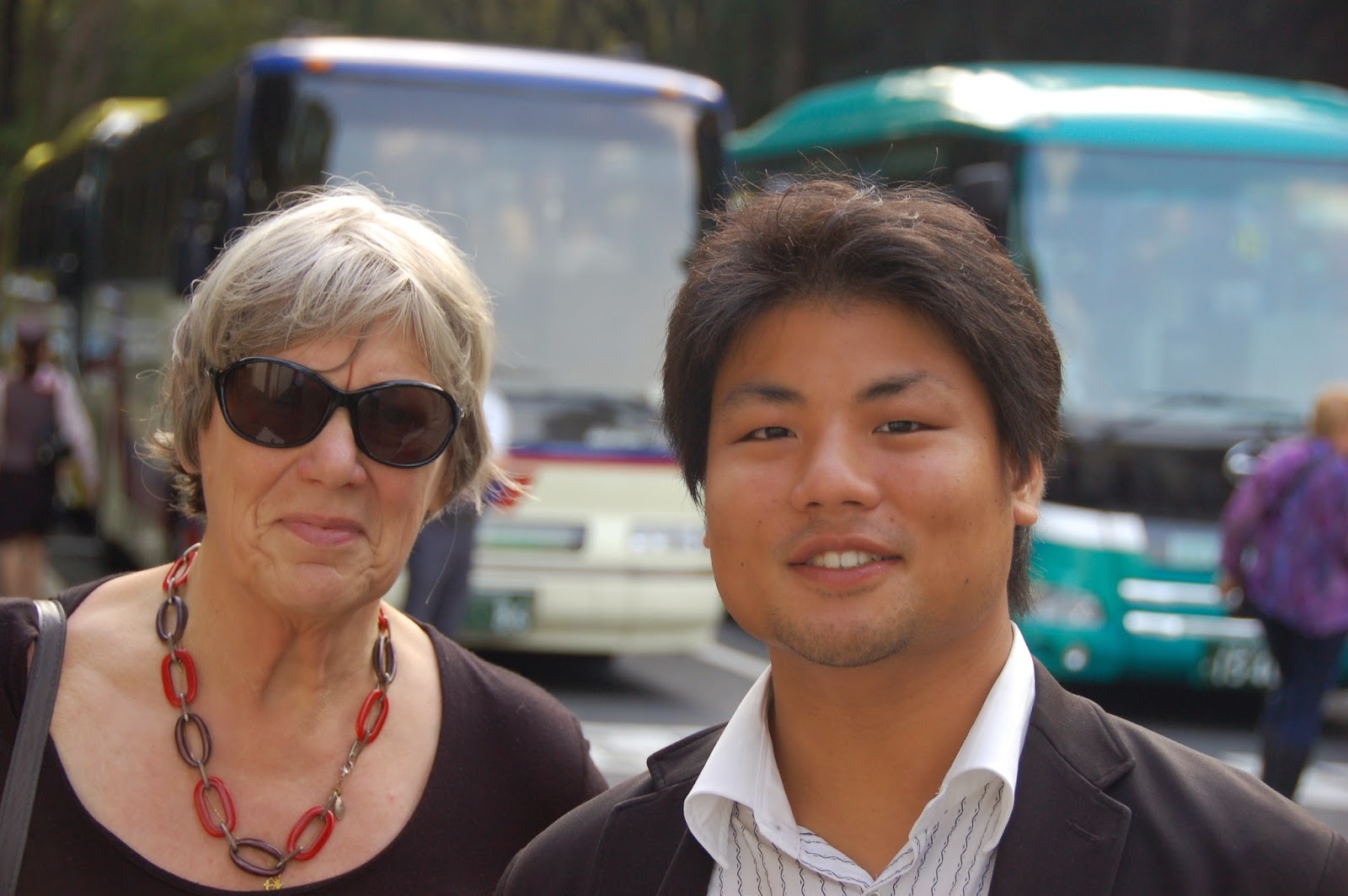 Hiroshi and his family has become Protestants in Jakarta, more than ten years ago. It was in a rather new Japanese congregation in Jakarta. Since then he has continued his connections to Protestant services.
We went first to one of the some five largest shopping centres of greater Tokyo, the one not too far from our hotel (Mitsui Garden Hotel, Yotsua). We went walking. The shopping centre is rather crowded. We had a coffee in one of the many Starbucks cafes (Japan seems to be the largest importer of coffee in the world, so told Jafar us in Kyoto). We went with a fast escalator to the top of the largest bu7ilding here, the town hall of Tokyo, 45 floors. 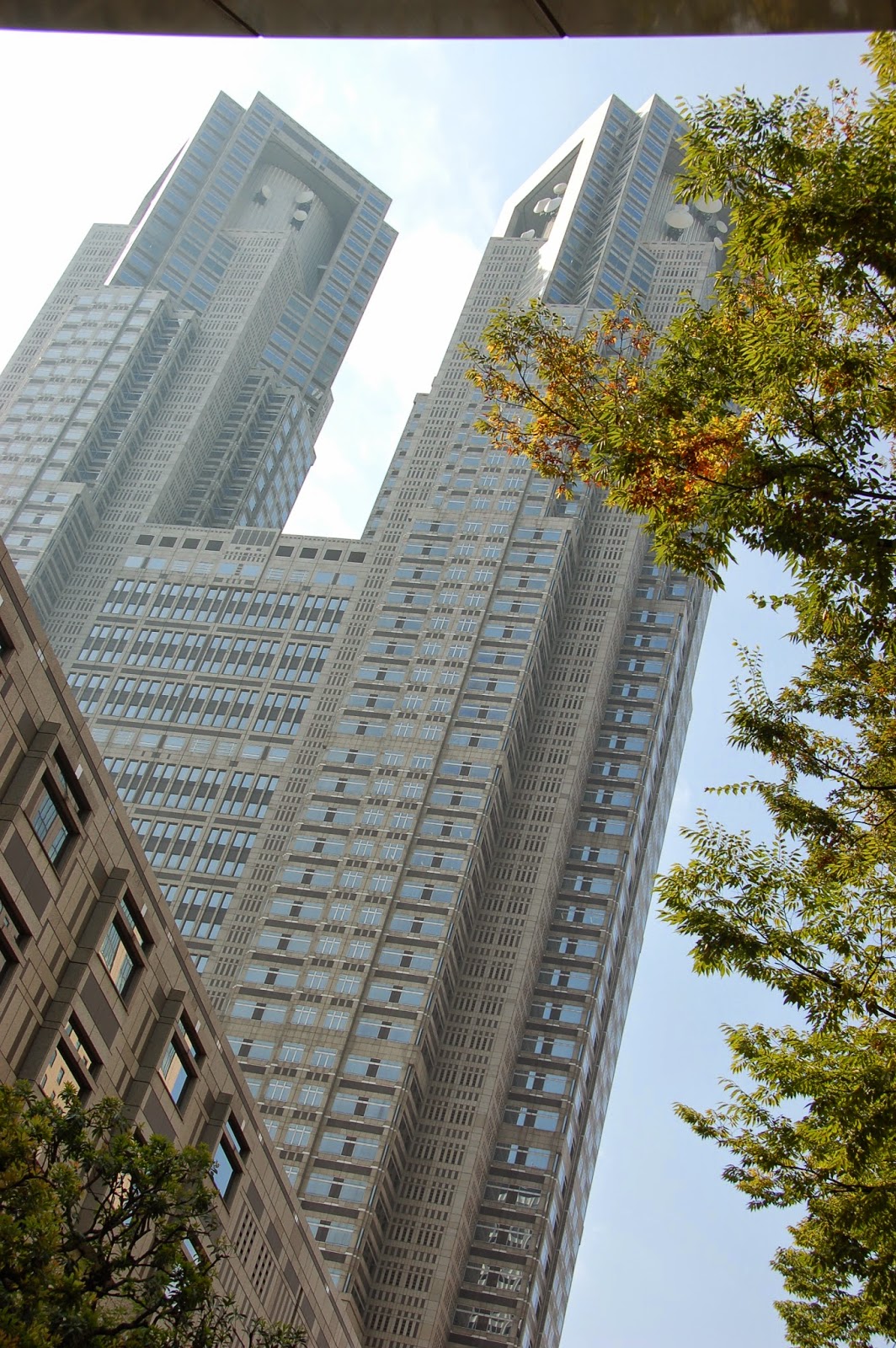 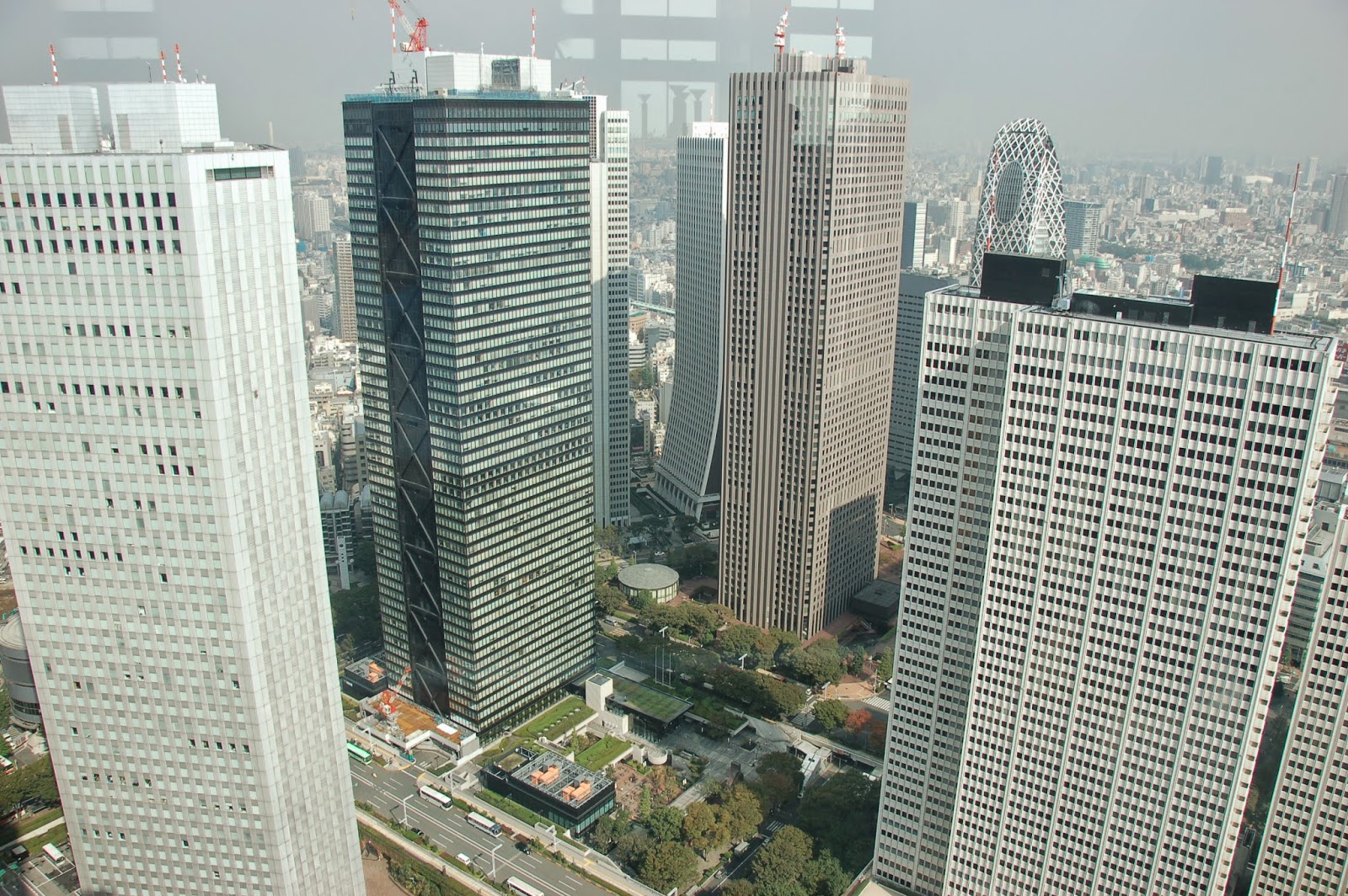 The town hall is not easy to see, because it is surrounded by so many high rise buildings in Shinjuku, this centre of shops, offices, hotels. The fist photo above is about the building itself, then follows a view from there: quite a contrast between the higher buildings and the older ones. 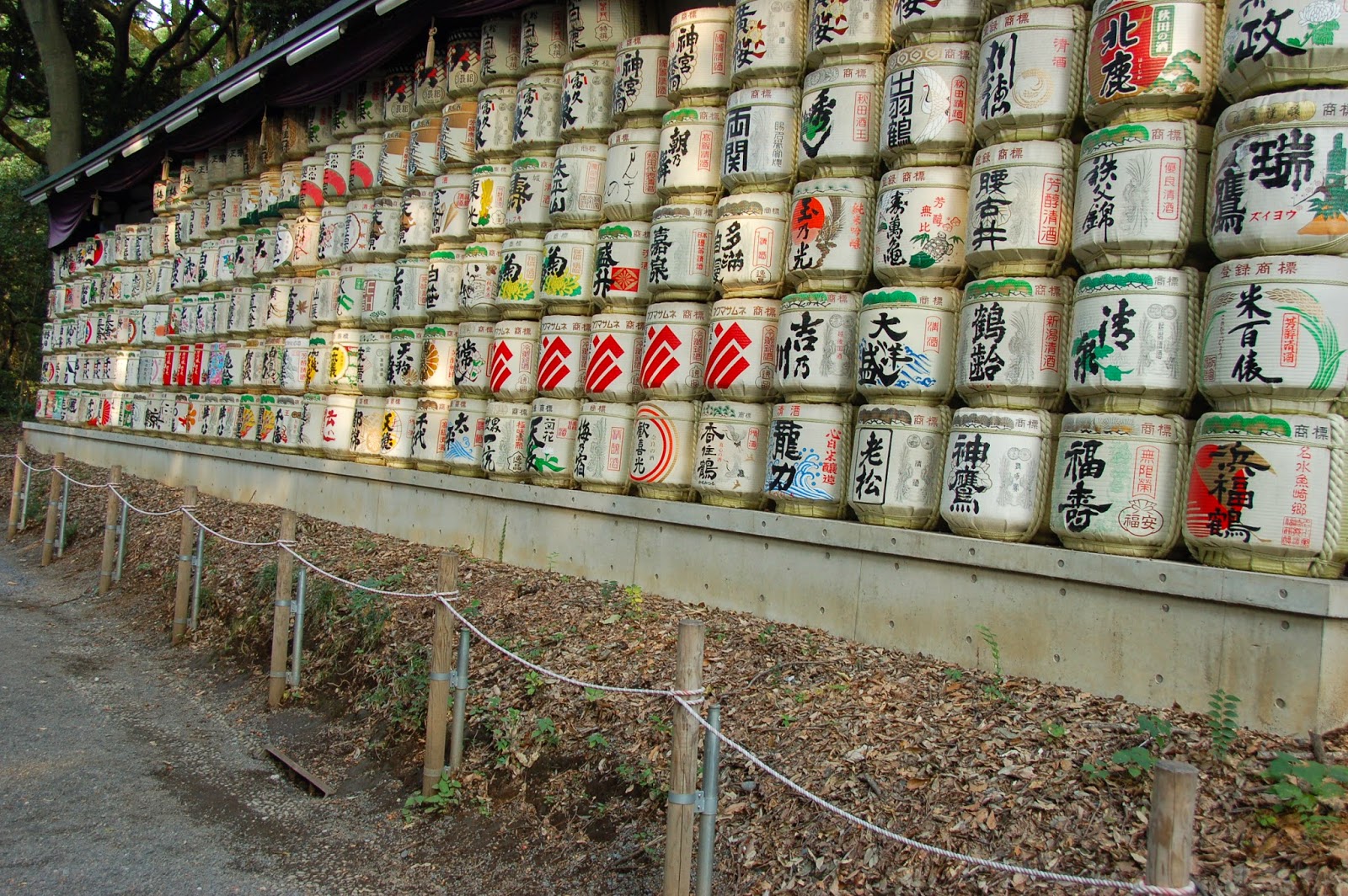 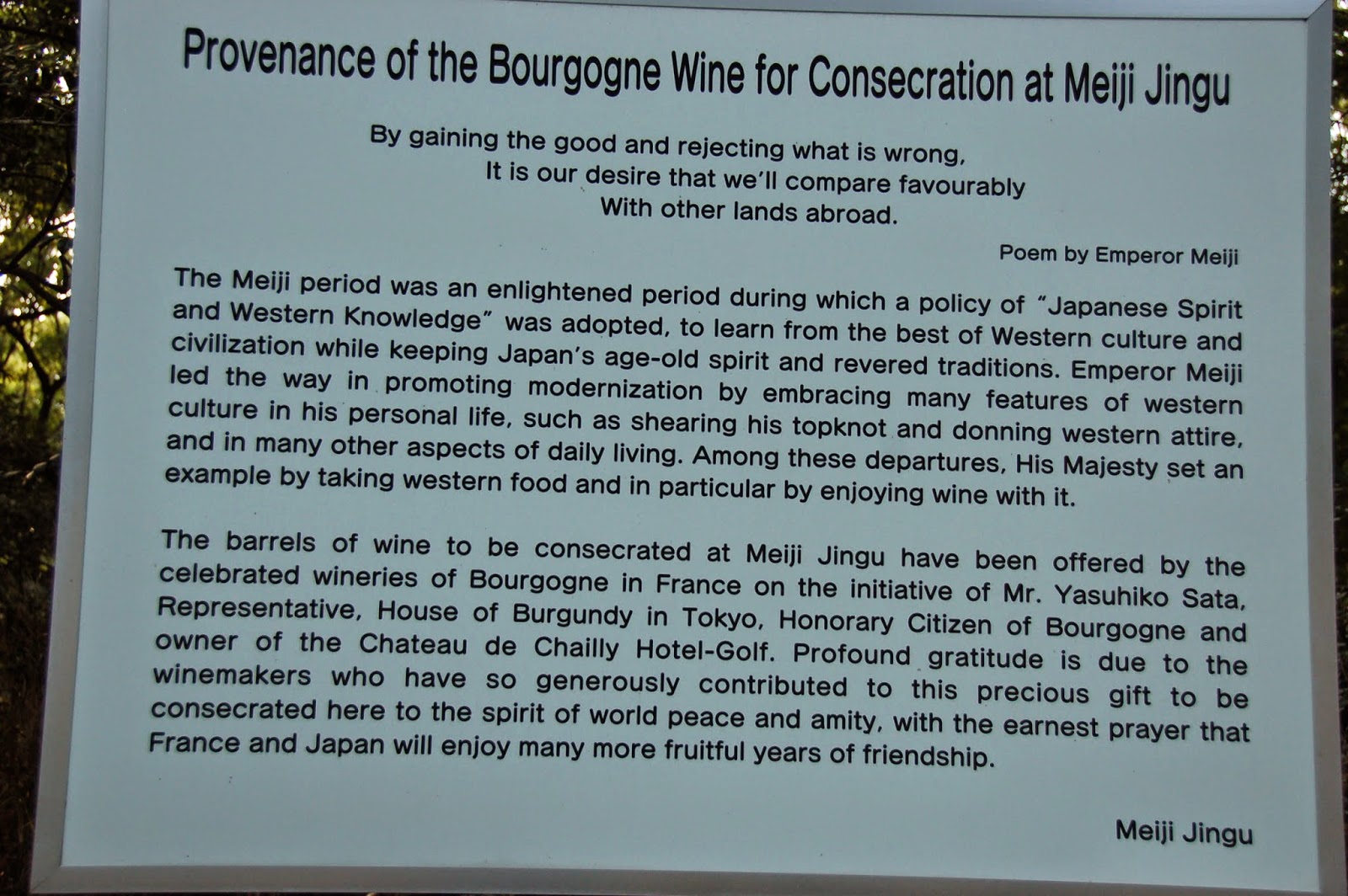 Second trip this day was the shrine of the (spirit of the) first Meiji emperor. At the entrance gate first to the right these containers of sake, but on the right side a somewhat smaller, but still quite impressive row of containers for fine French wine, with the 'earnest prayer that France and Japan will enjoy more fruitful years of friendship'.  This was some decades before the Pacific War and it is still placed here. 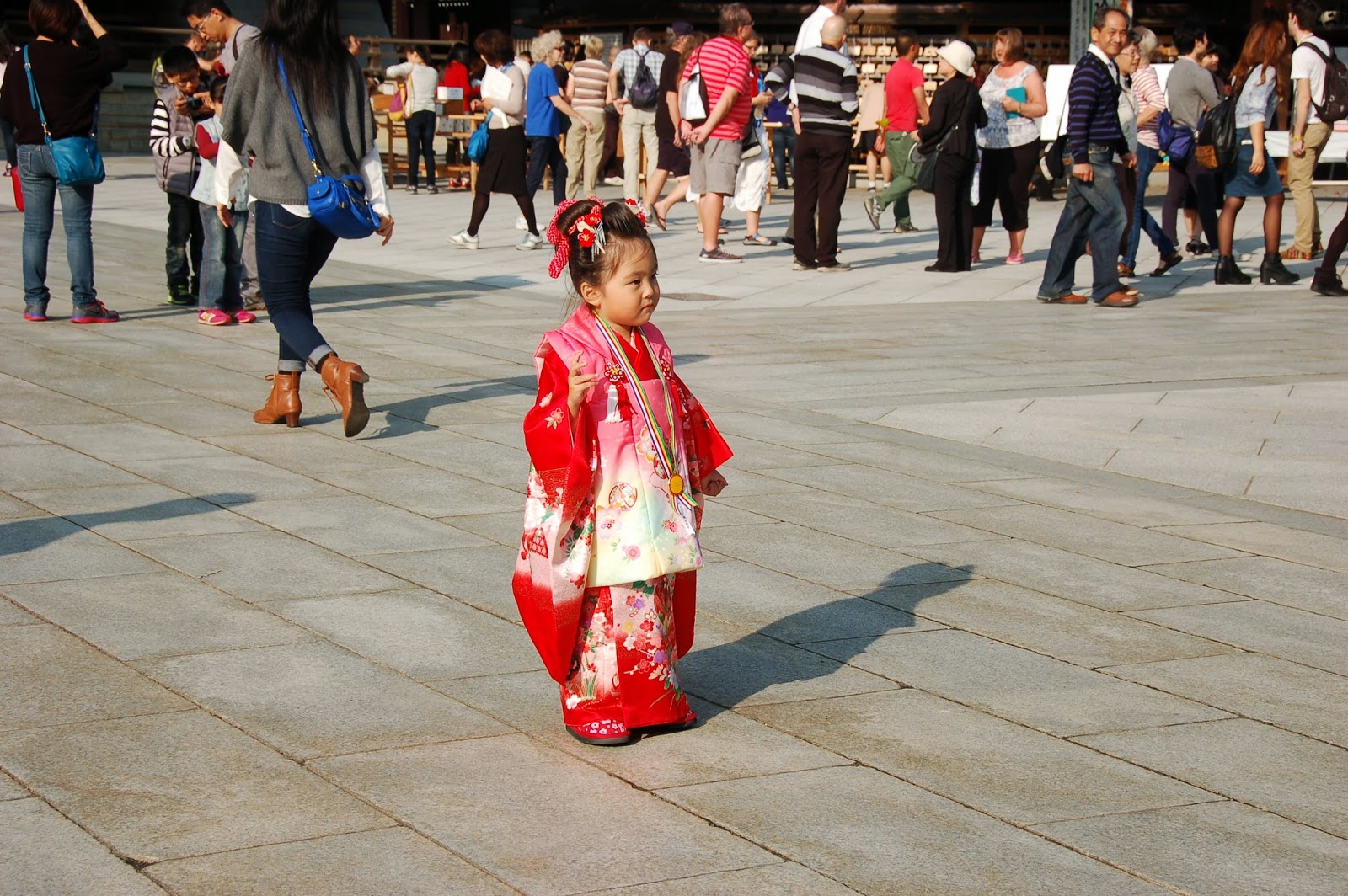 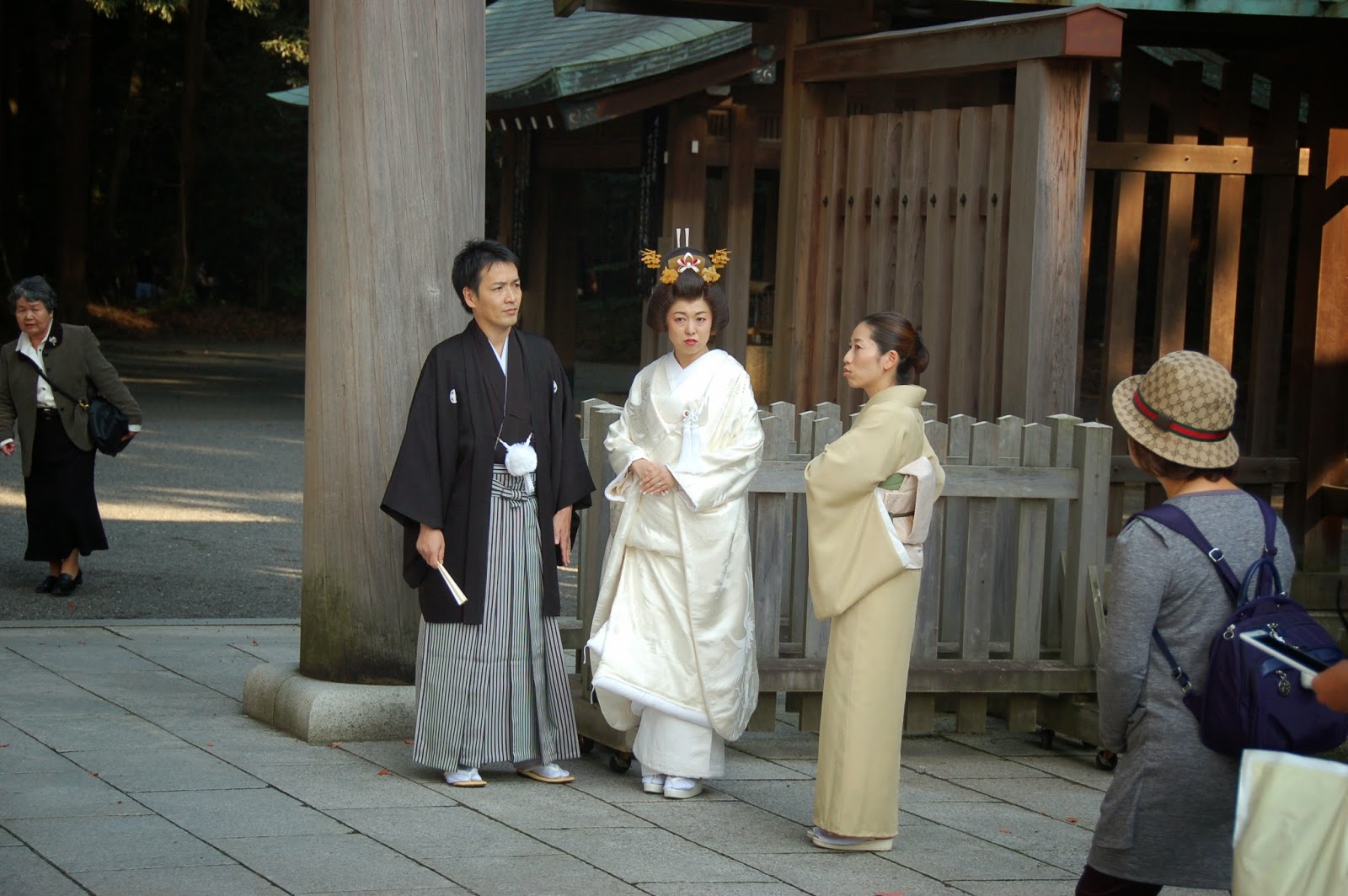 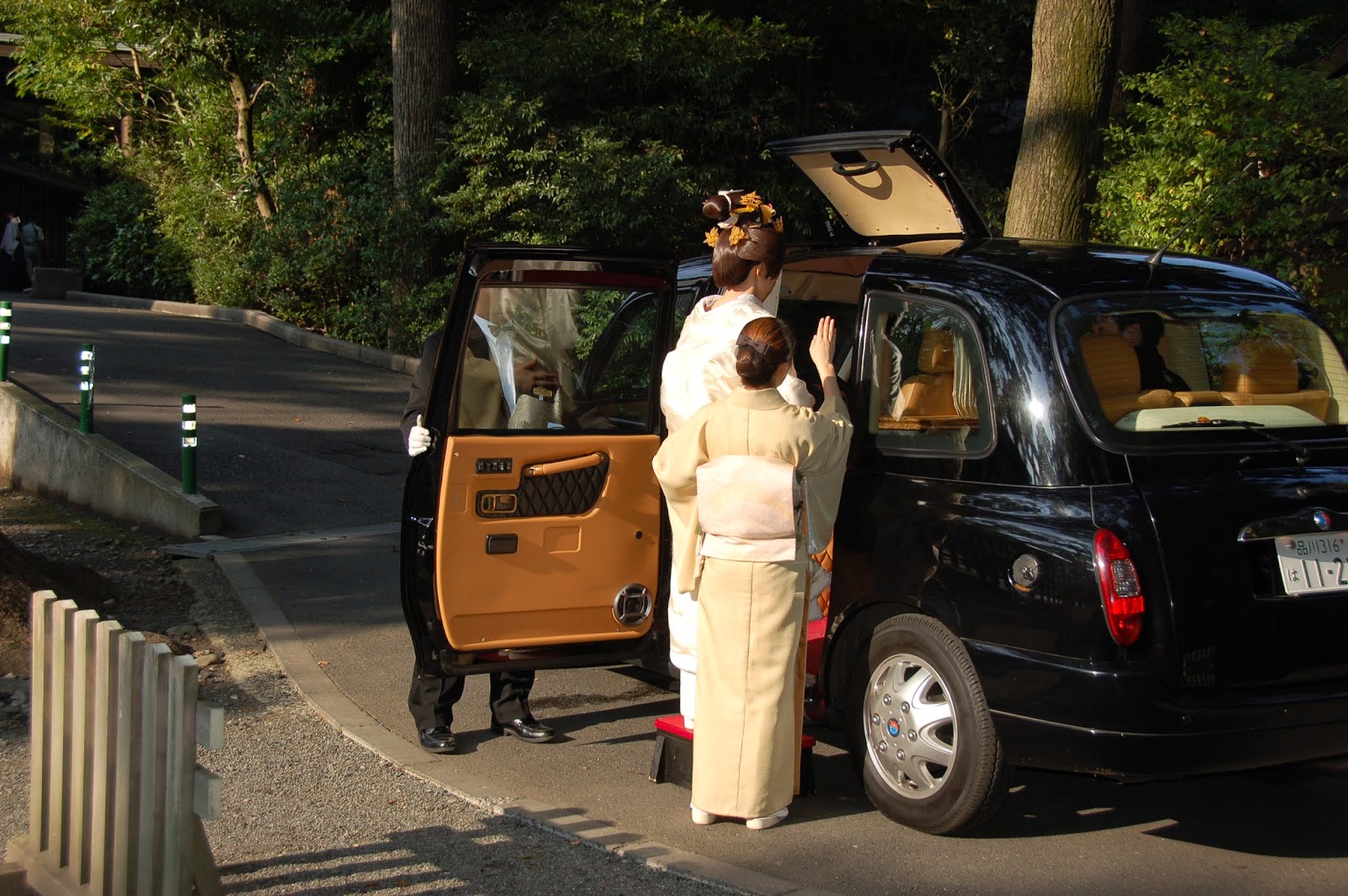 The Meiji shrine is located amidst a mighty forest somewhere in the heart of Tokyo. So, it is a nice place for a picnic or a walk on a free Saturday. It is also an occasion to have a child blessed at the age of 3-5-7, when traditional parents seek this kind of blessing. There are Shinto priests available who take care for this blessing. The children must be dressed in traditional clothes. The same for couples who want to marry. I saw even a special taxi for couples: with a special opening in the roof for the tall head-dress of the bride. If one would compare this atmosphere to that of Saint Peter's in Rome, the Japanese are less pious, shouting and running more: it is not a truly devotional atmosphere in the temple's compound, with the exception of some place in the inner rooms of the buildings.
Gepost door Karel Steenbrink op 02:56