The second PhD ceremony this month was in A|msterdam, Free University. Waju Satria Wibowo, from the Gereja Pasundan, teaching at Duta Wacana in Yogyakarta, defended his thesis Jesus as Kurban. Christology in the Context of Islam in Indonesia. In this period of Christmas many names for Jesus have been repeated. Son of God, Lord of Peace, Prophet, Messiah. Many of these Big Words are used and their meaning is often very unclear. What Christ or Messiah means remains for many people uncertain. Satria Wibowo has opted for Kurban, because it is an Islamic word, although in the Qur'an it is only used for Kain, the brother of Abel. In later Muslim terminology it is attached to the sacrifice of Abraham.
It was an intelligent thesis, summarizing much of the spiritual quest of Indonesian and other Asian theologians. However, I do not think that this new idea will become popular. My question at this occasion started with the first lines of the thesis and I quote these below:

On page 1 you mention that Jesus Christ has been proclaimed in Indonesia for 500 years. Counting backwards I remember the year 1511 as the conquest of the Sultanata of Malakka by the Portuguese. And further 1522 as the arrival of Portuguese traders in Ternate.
But more than 400 years earlier there were the first Muslim communities, in Samudra Pasai, in Aceh. They proclaimed Jesus as Son of Mary, a Prophet, Word of God, Spirit of God. In your dissertation you do not elaborate these high titles for Jesus, although you want to write and discuss a Christology in the Context of Islam. You also do not open a debate with Muslims denial of Jesus as Son of God.
Still before the arrival of the Portuguese and the Dutch, there was a Muslim mystical tradition in Java where Siti Jenar witnessed about himself that he was united with the divinity. And he was executed as a martyr for this witness. You consider this also as a nice contact between Christian and Muslim discourse. But you hesitate to develop this idea of shahīd because it stresses the violence and the own will of the actor.
Therefore you turn to the idea of  qurbān. But it is only used in the Qur’ān for the offering of Qabil or Kain, rejected by God; and in later Muslim terminology it is used for the offering by Abraham. As to Indonesia: there is the practice of sesajen for the ancestors, but no animal offerings. Applied to Jesus there is great problem in accepting here the free will Jesus. 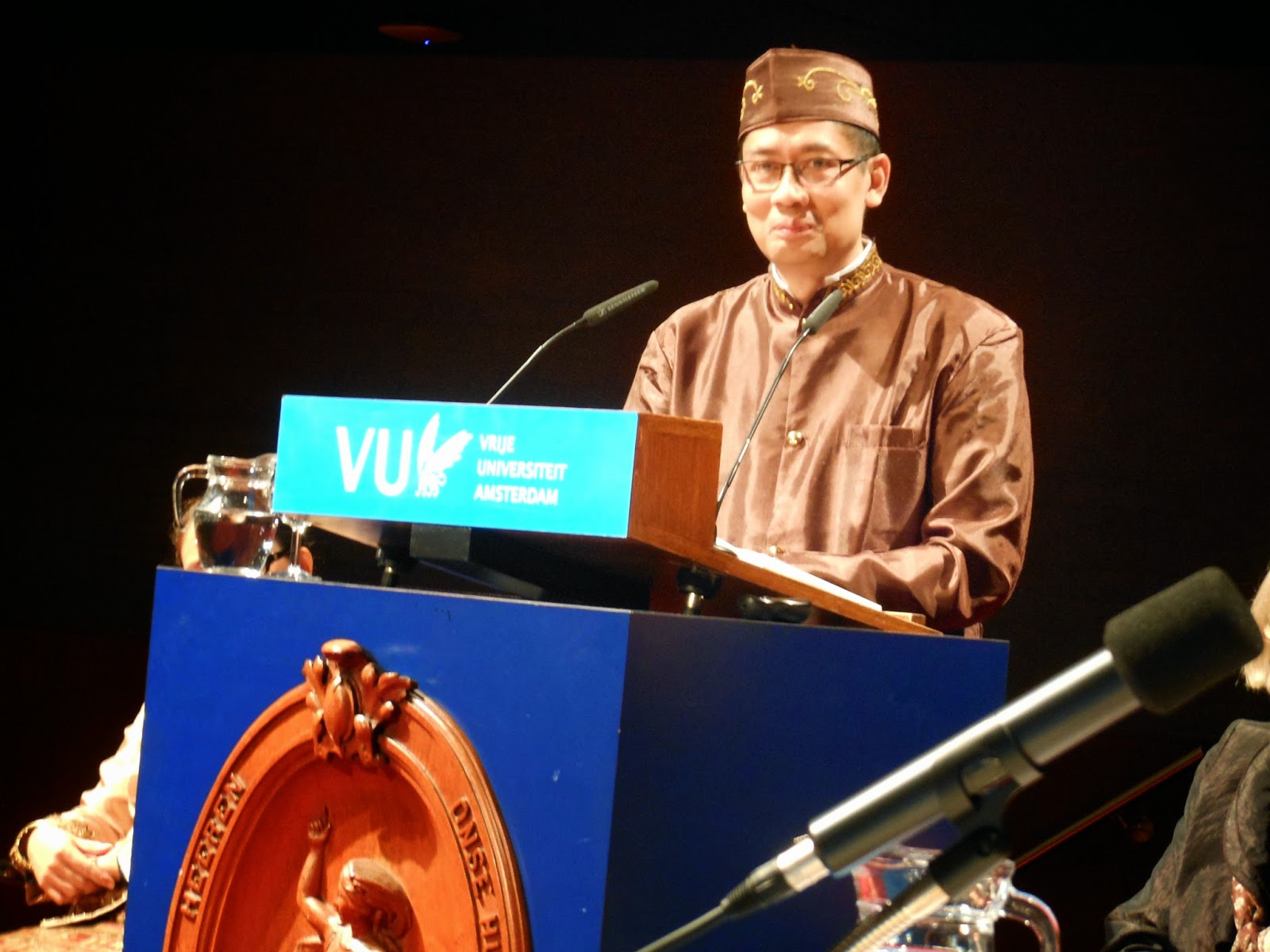 At this occasion I also met a lecturer from Semarang, Muslich Shabir. He was for one month in Amsterdam, to do research on Muslims in the Netherlands, financed by the Ministry of Religion. The ministry has signed a contract or MOA with the Free University of Amsterdam to cooperate in research and this was a first result of this agreement. Talking with him and looking after material later at home, I realized that there is not so much material about Muslims in our country, written in English. I could send him some articles, but a comprehensive book and other writings is not available. Anyway, the history of these many groups is quite widely spread over many languages and cultures. Below a picture of Muslich at the VU building in Amsterdam. 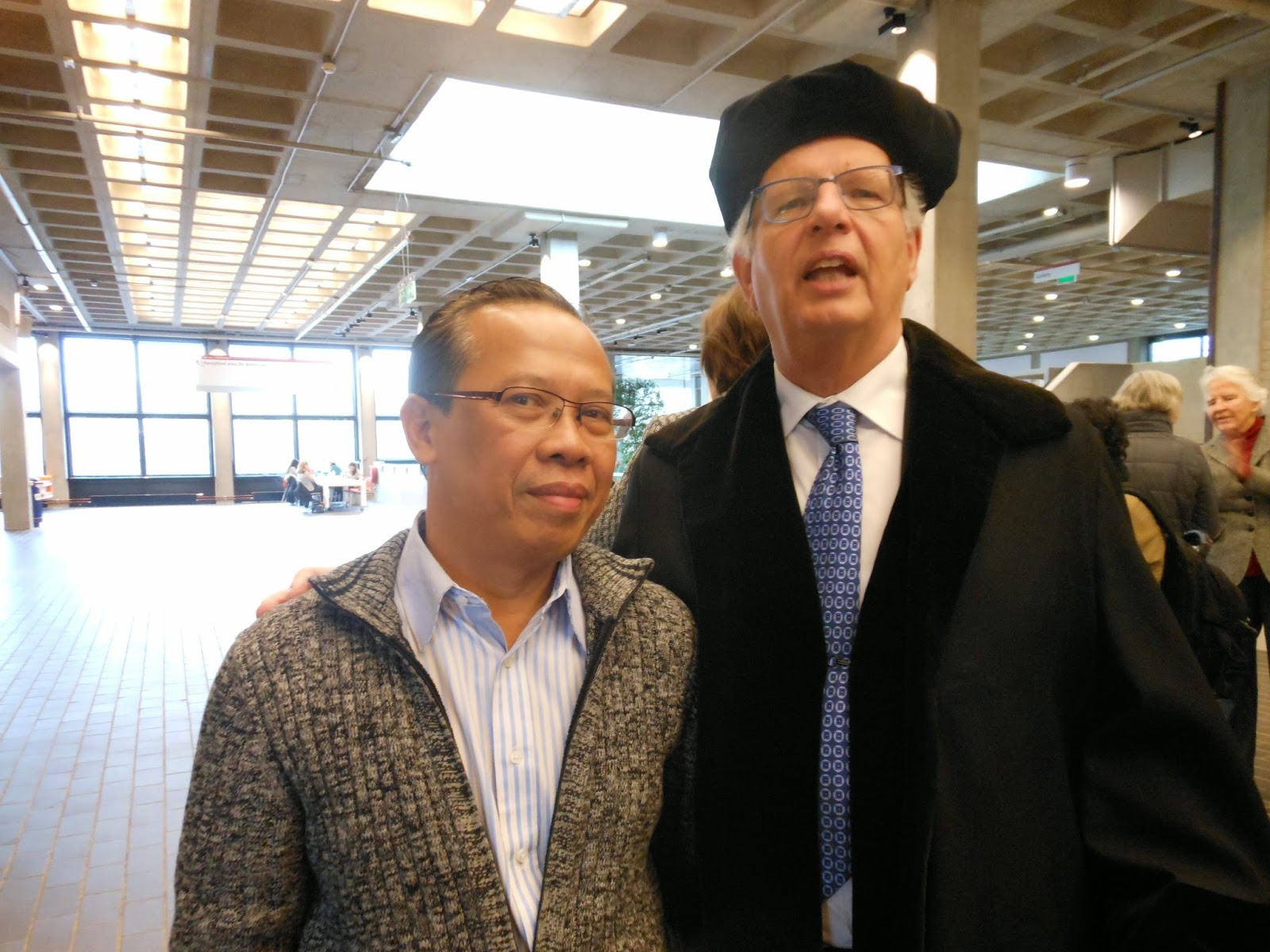