The Conversions of Maryse Kruithof

On 11 December 2014 I was a member of the examination committee for the dissertation of Maryse Kruithof at Erasmus University, Rotterdam. At the invitation of her main tutor or promotor,Dick Douwes, I was member of this panel 'by a unique exception' is was written by the president of Erasmus University. In Utrecht I am now longer entitled to be member of an examination committee, because of the age of over 70 years. This is one of the points where universities still may differ. Dick Douwes was himself born in Indonesian Papua in the early 1950s, when it was still Dutch territory. Below he is in the middle in the black toga with the bright blue shawl. 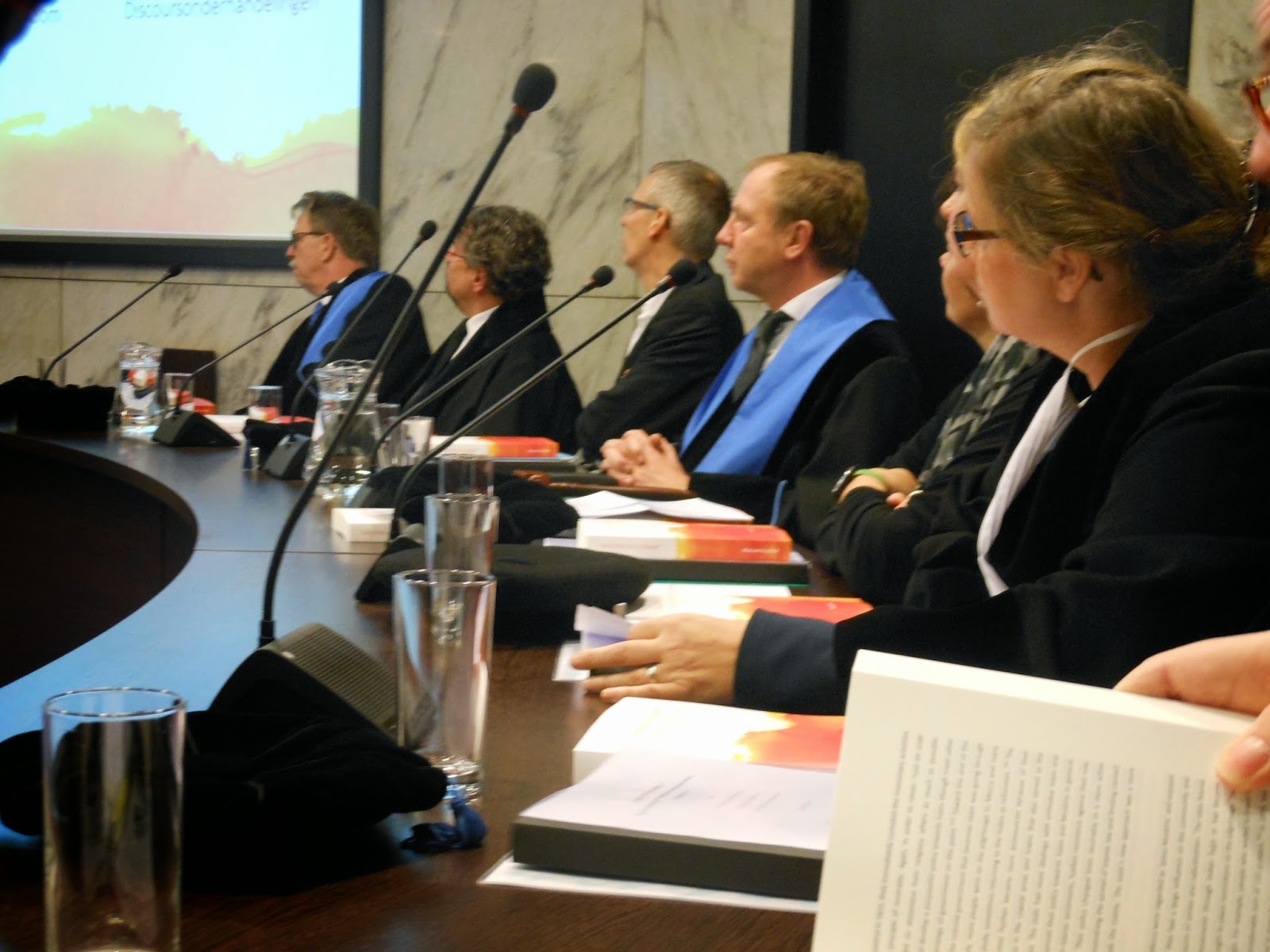 The public ceremony is not a real examination, it rather a ritual, rite de passage. One is not expected to put nasty questions. In Utrecht the dean of humanities, Wiljan van den Acker used to warn us before the ceremony: let the candidate shine, that is the important thing.
The dissertation of Kruithof is entitled 'Shouting in a desert', Dutch missionary encounters with Javanese Islam, 1850-1910. It is a fine detailed examination of the original archival sources about six missionaries: four Protestant in West and East Java and two Jesuits (Frans van Lith and Petrus Hoevenaars) in Central Java. It is a research in the social science tradition and much attention is given to motivations and processes for conversion, besides (nearly as a minor theme) the prejudices they had about Islam.
The only judgment I read was by Bob Hefner who deemed it to be 'comprehensively researched, well-written, and theoretically interesting work of scholarship, among the finest of theses that I have read in recent years.'  His only criticism was about the distinction between religion and culture, made by missionaries. There was already a distinction between adat and agama in local debates both in Sumatera (Ahmad Chatib on inheritance) and Java (see the Serat Cabolek on Javanese culture and true Islam). 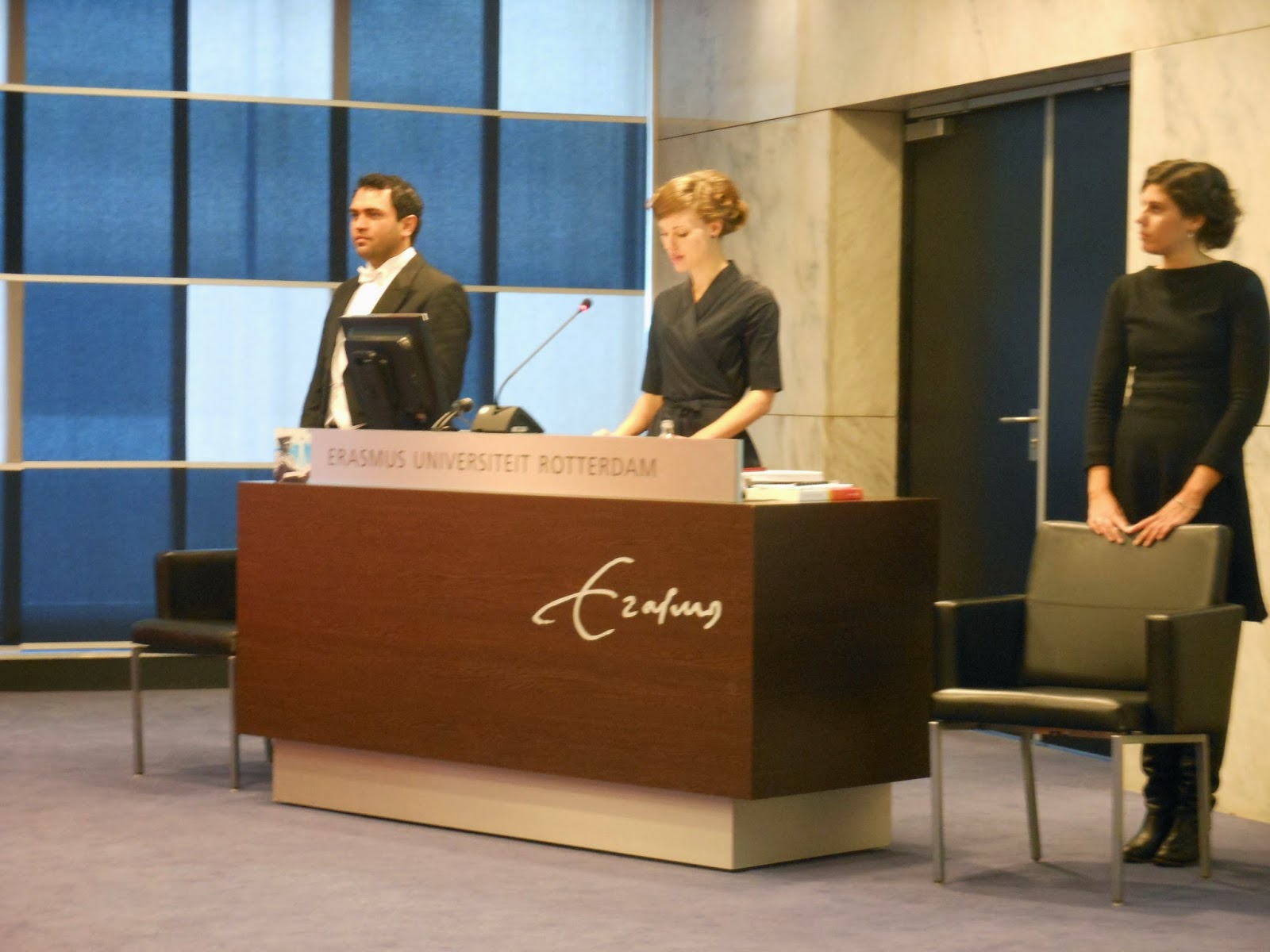 In my own appraisal I liked her fine and detailed analysis of the contrast between Kristen Jowo and Kristen Londo, the former the result of preacher like Sadrach and Ibrahim Tunggul Wulung (much more contrast than in the analysis by Alle Hoekema). In her analysis of the tract-selling local preachers she put forward the cases of public debates, much loved by local audiences. Third, in the case of tyhe conversion of the Kalibawang people she gave a much bigger role to healing than I did in my double description of the event in Catholics in Indonesia, volume 1 and 2.
Kruithof is a fast worker. Born in 1988 she defended he master's thesis in missionary Poensen in 2010 and now at the age of 26 years her doctoral dissertation. Snouck Hurgronje was three years younger when he defended his thesis, but still, it is exceptionally! However, in details of Indonesian religious history she made a number of smaller mistakes. Nico Kaptein had a quite long list of mistakes she made in the biography and career of Snouck Hurgronje. Tom van den End was not pleased at various points in her description of West-Java Mission. There was no specialist on Indonesia in the team that was tutoring her work. And so the older people who read this work started to ask, what would come of the future of our own work? She did not have the big volumes with published sources on Protestant mission in Java besides her, but went directly to the archives. This had also its advantages. Van den End skipped the dismissal of missionary Simon van Eendenburg because of the accusation of sexual abuse with youngsters, but here it is mentioned in full, even several times. In the daily Trouw an interview with quite sensational stories about failure and disppointment of missionaries was published that made some friends of the older mission quite angry. I myself also missed a truly debate with the section of my two volumes of Catholic Mission history in her book. So be it. Let they start anew. Let us, the older generation be happy with the new perspectives they offer now. 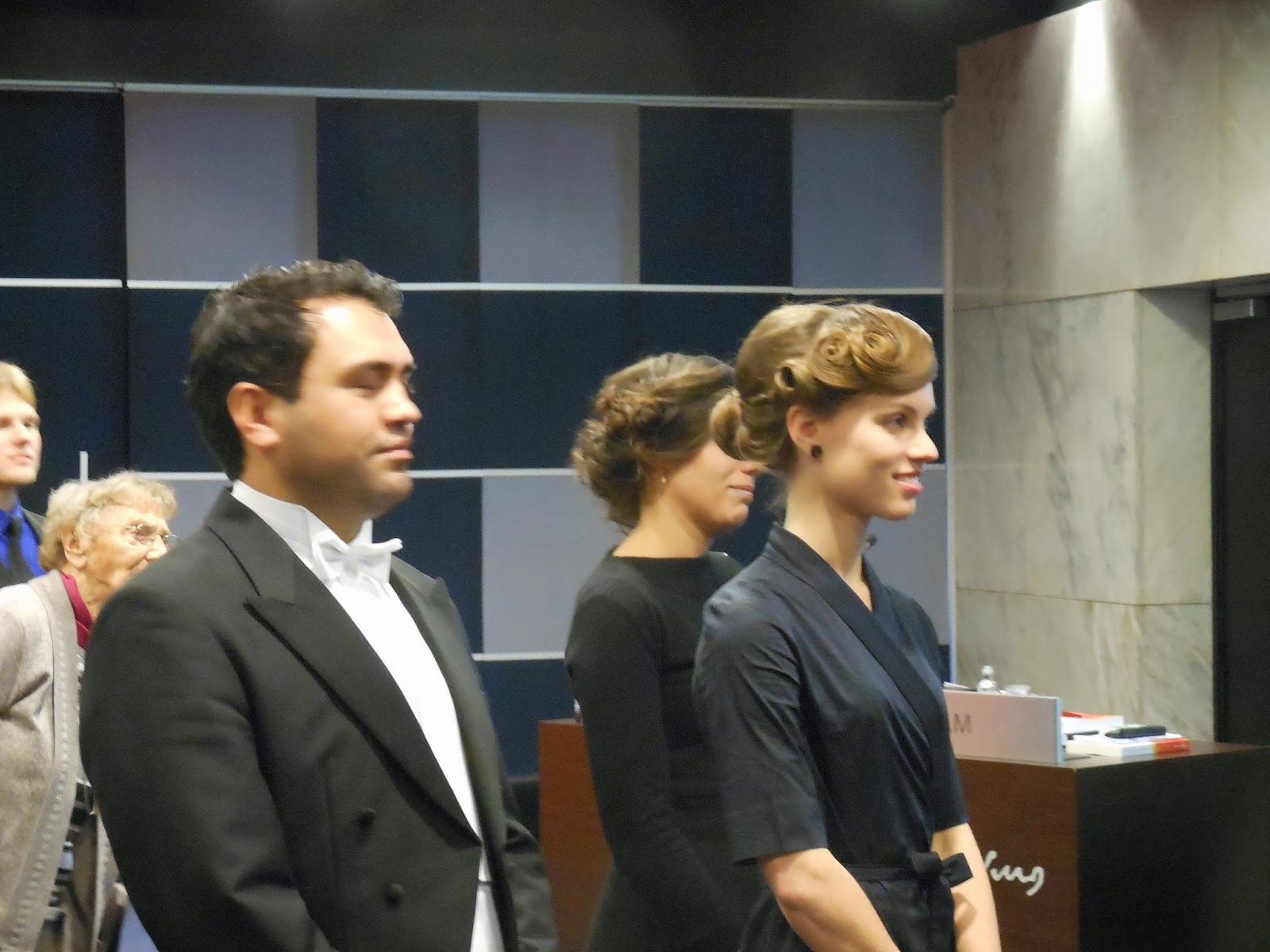