From 17-27 October 2014 I went with Paule to Japan for guest lectures in Nagoya (Nanzan) and Tokyo (Sphia University). But we took also the opportunity to see more of the country. This is impression no 10 and also the last in the series. We thank Kobayashi Yasuko who took the initiative for the series of lectures, insisted on the participation of my wife Paule and facilitated everything from our arrival until departure. Thank you very much for your kind hospitality, Yasuko! 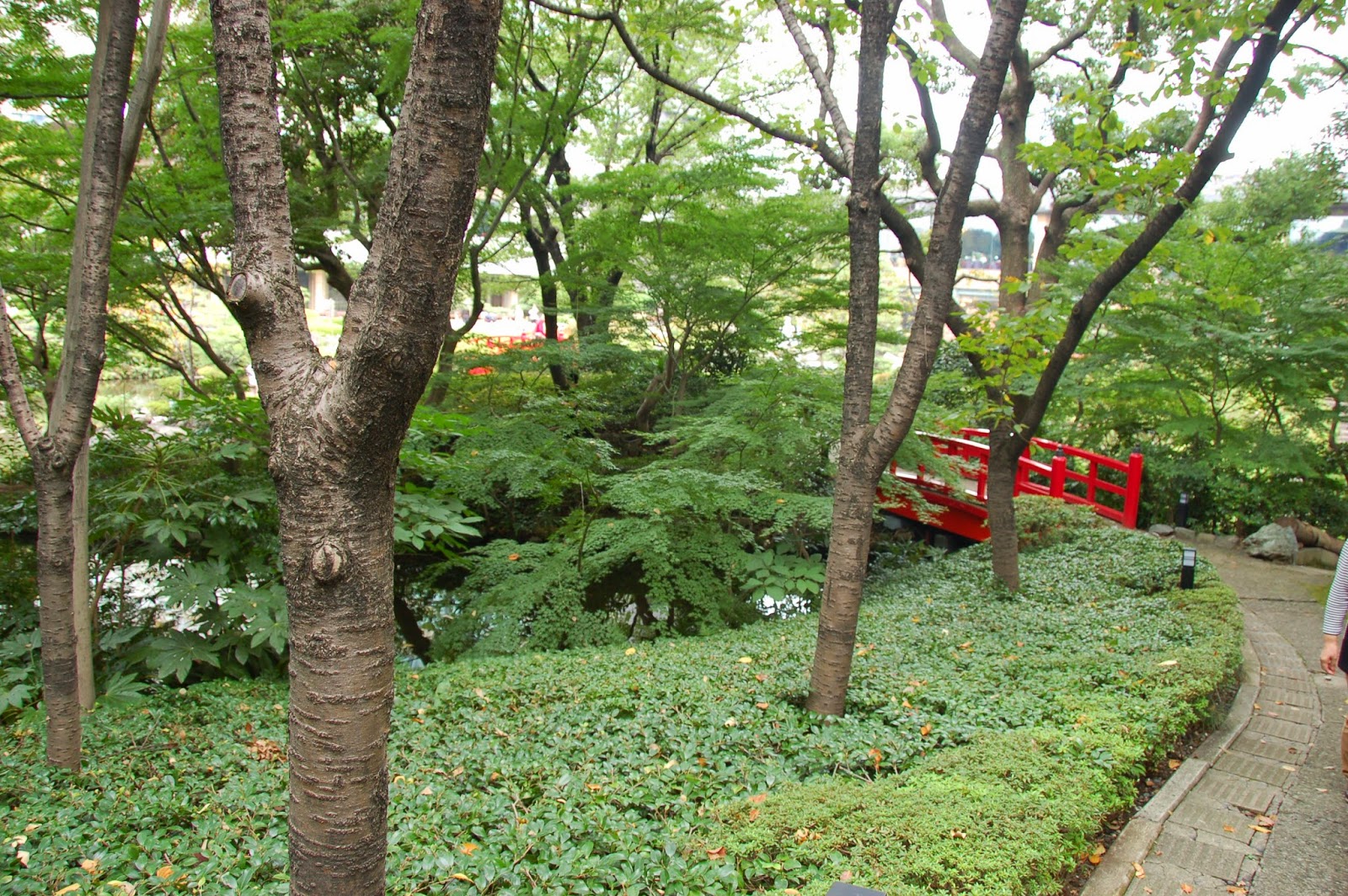 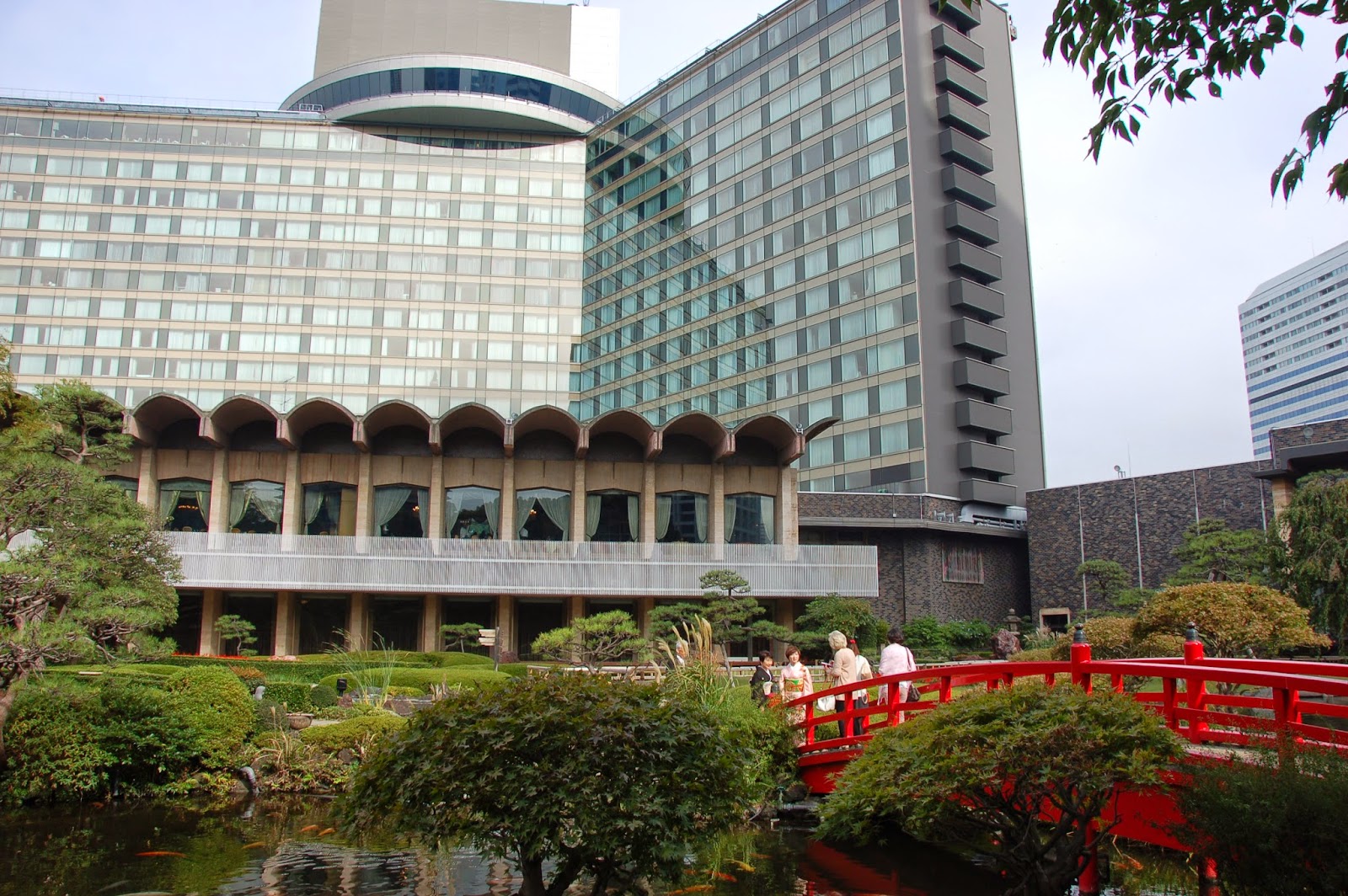 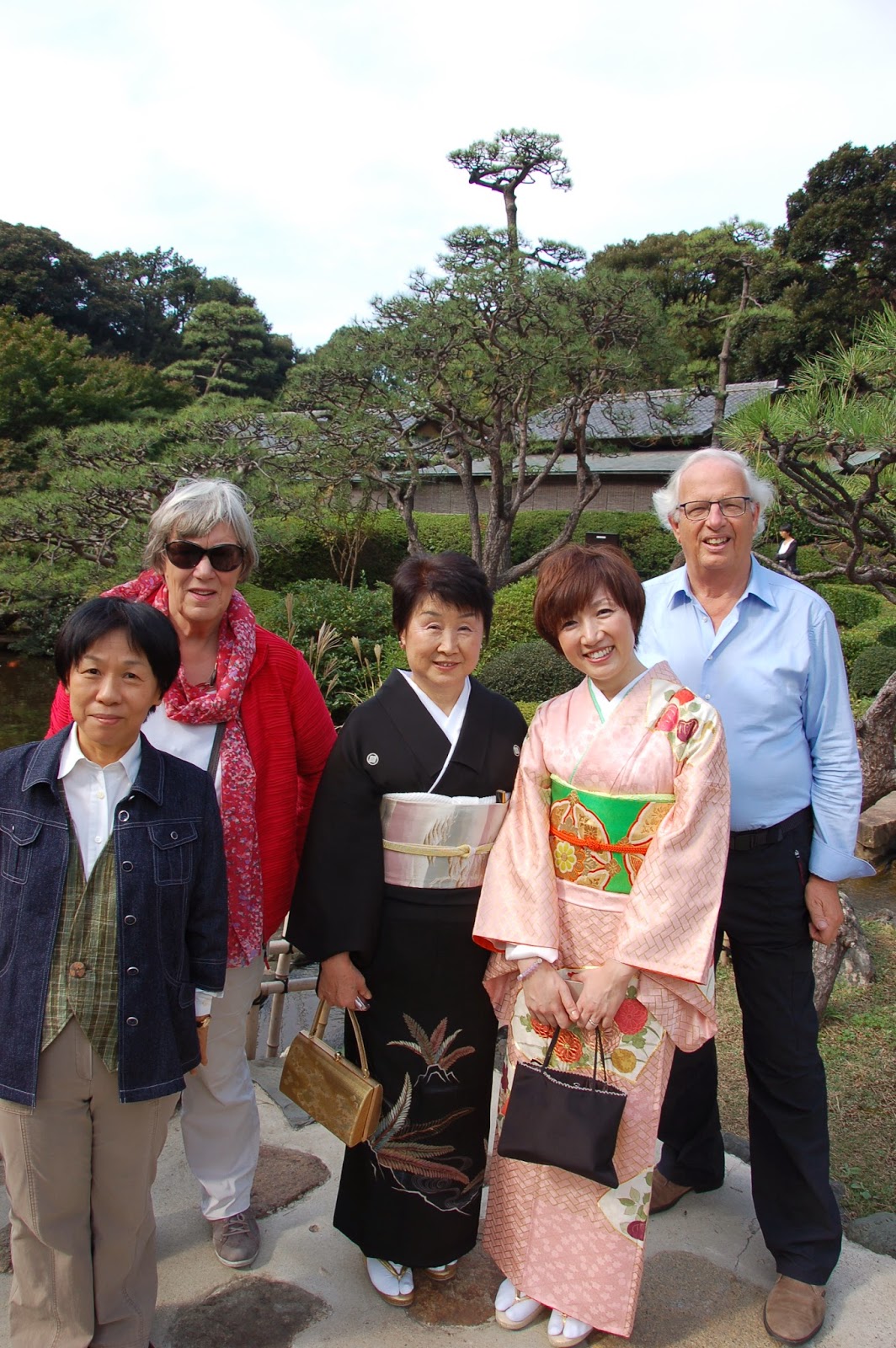 On this nice Sunday morning, Yasuko suggested that we make a walk from our hotel along Sophia University to the big garden surrounding the large New Otani Hotel. Yasuko once stayed in one of its 1479 rooms, at the occasion of a visit by President Abdurrahman Wahid to Japan (to receive an award by Sophia University). She stayed here, hoping that she could interview Wahid. I put already sme pictures of the garden and its 'Christian' chapel in the section on wedding chapels. The three of us here on a picture by some people waiting to attend a marriage ceremony later that day, because in the early morning the chapel was still used for a Christian service. 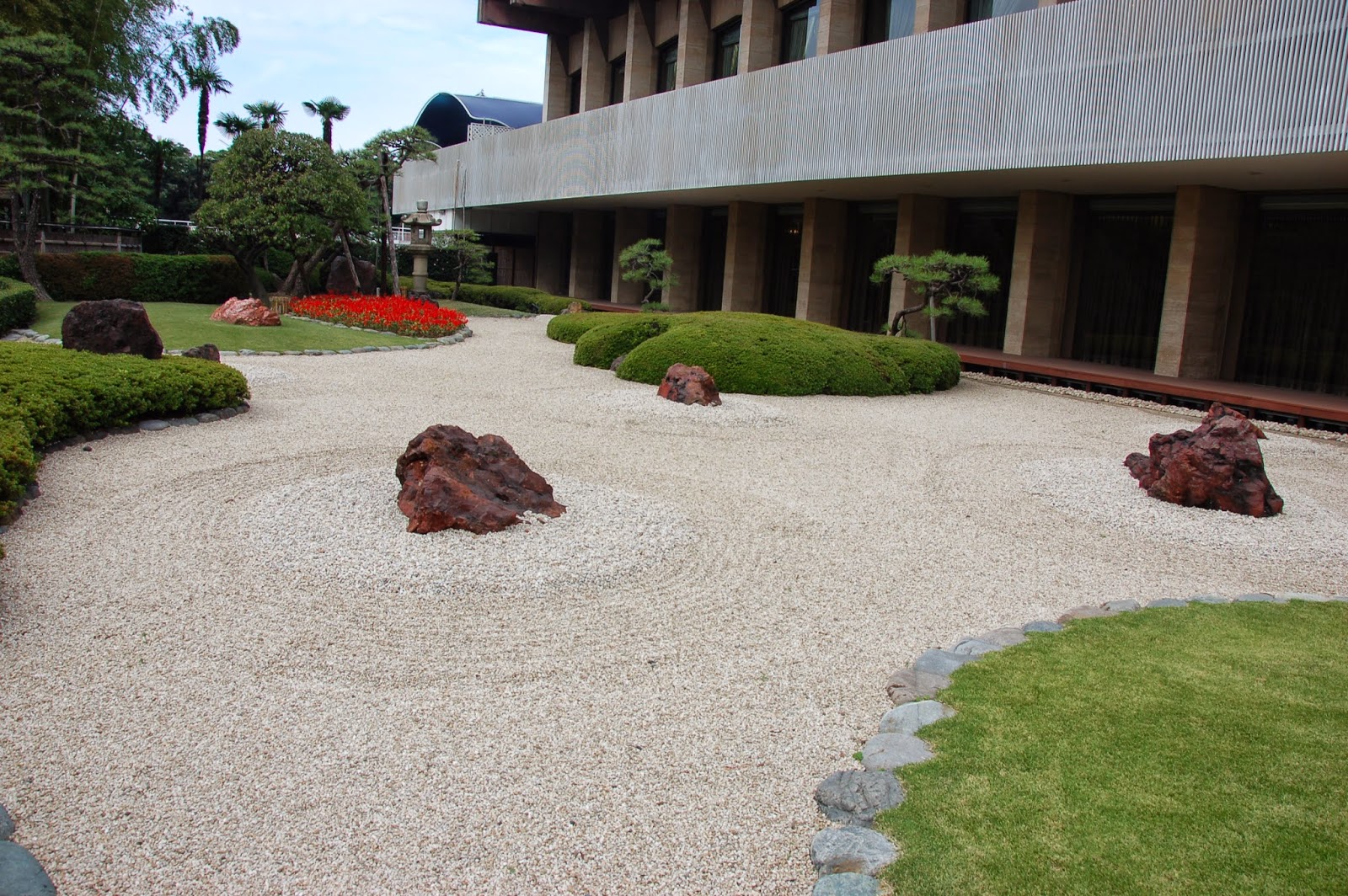 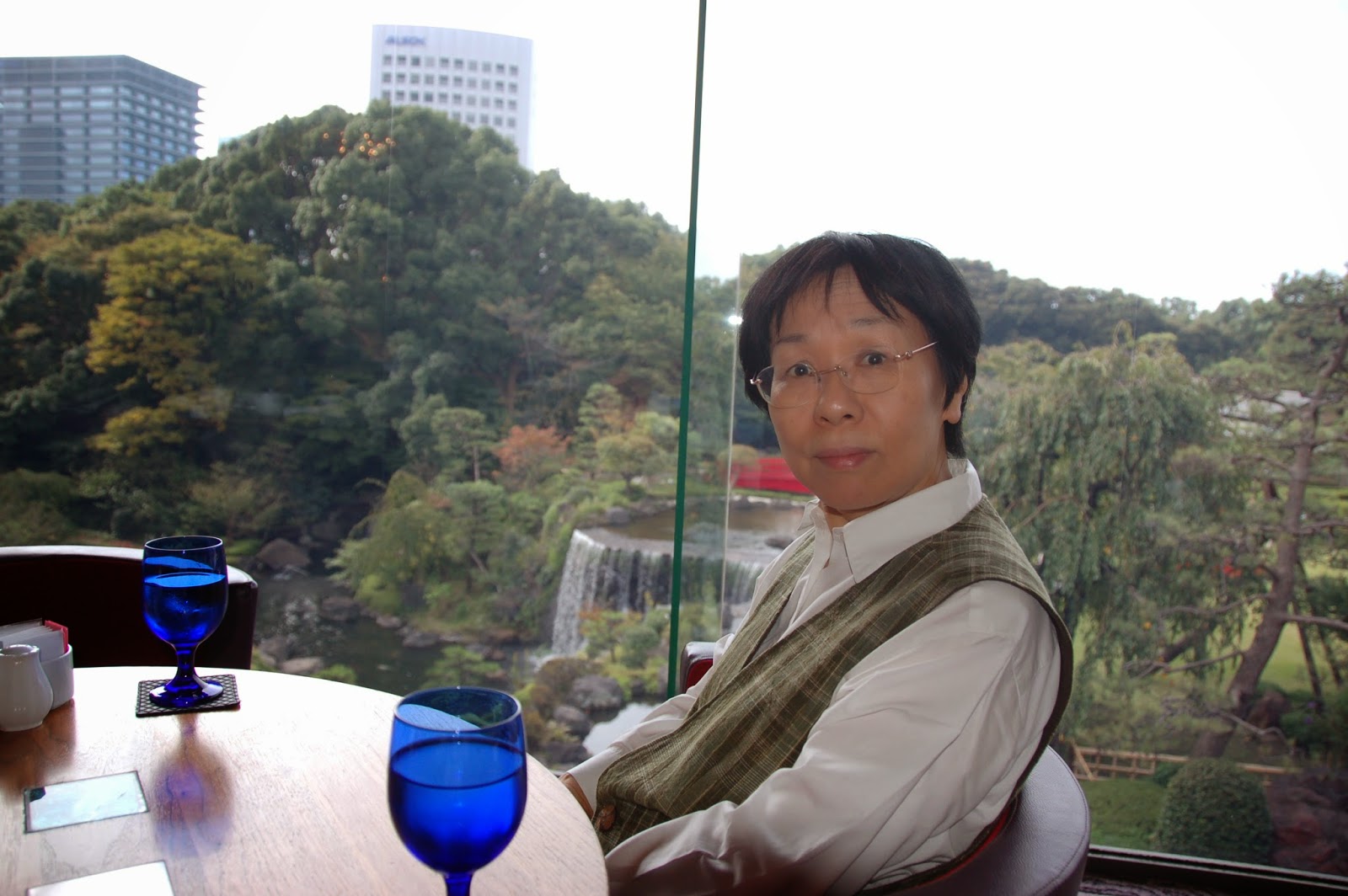 Thew hotel itself looks like one of these big international buildings. But the garden is truly Japanese and the view from the restaurant is superb. Look also to the quite big waterfall, left of Yasuko: all man-made, but in perfect harmony, at least that is the impression we should have. On top of the hill is the wedding chapel. 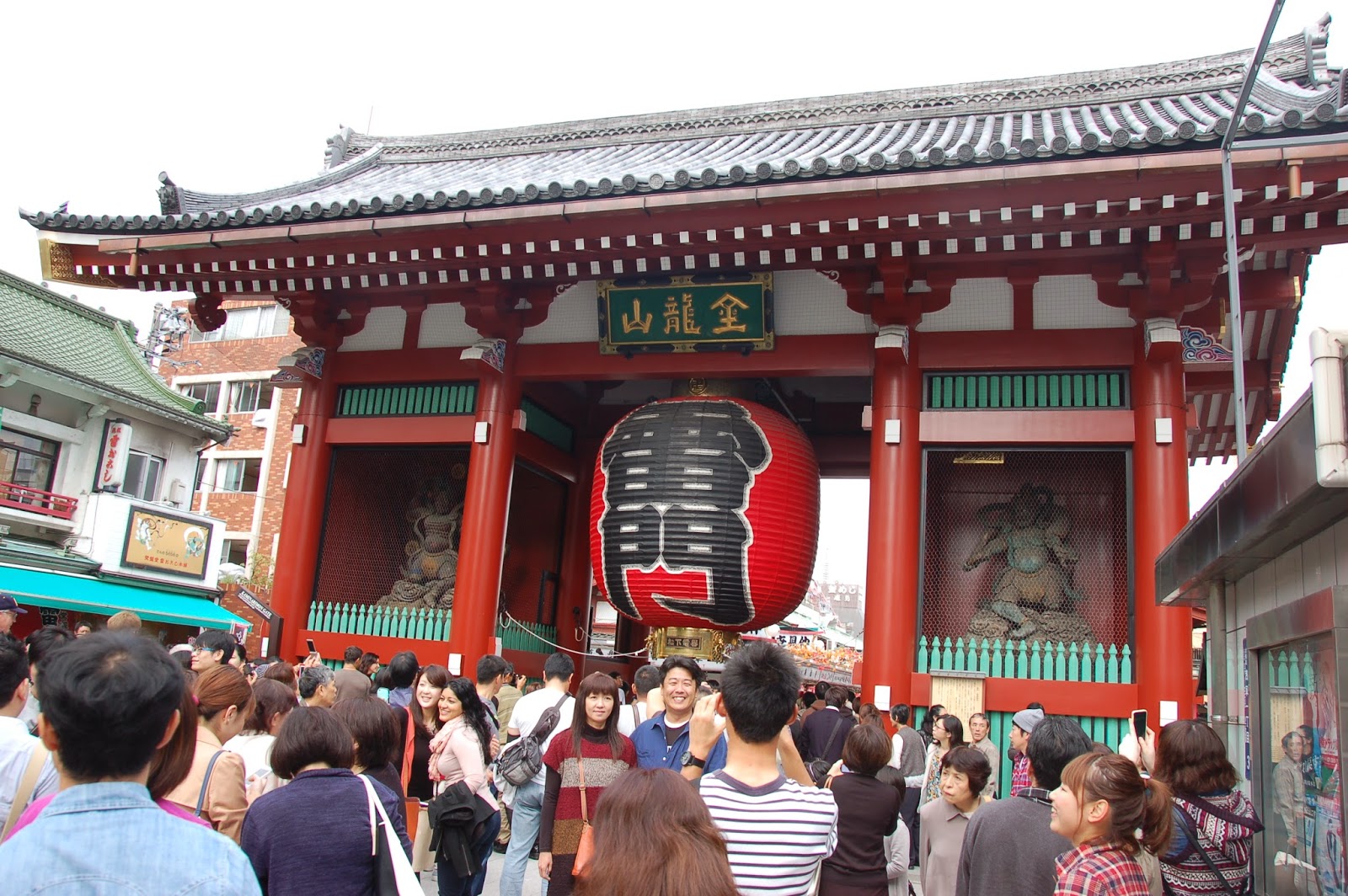 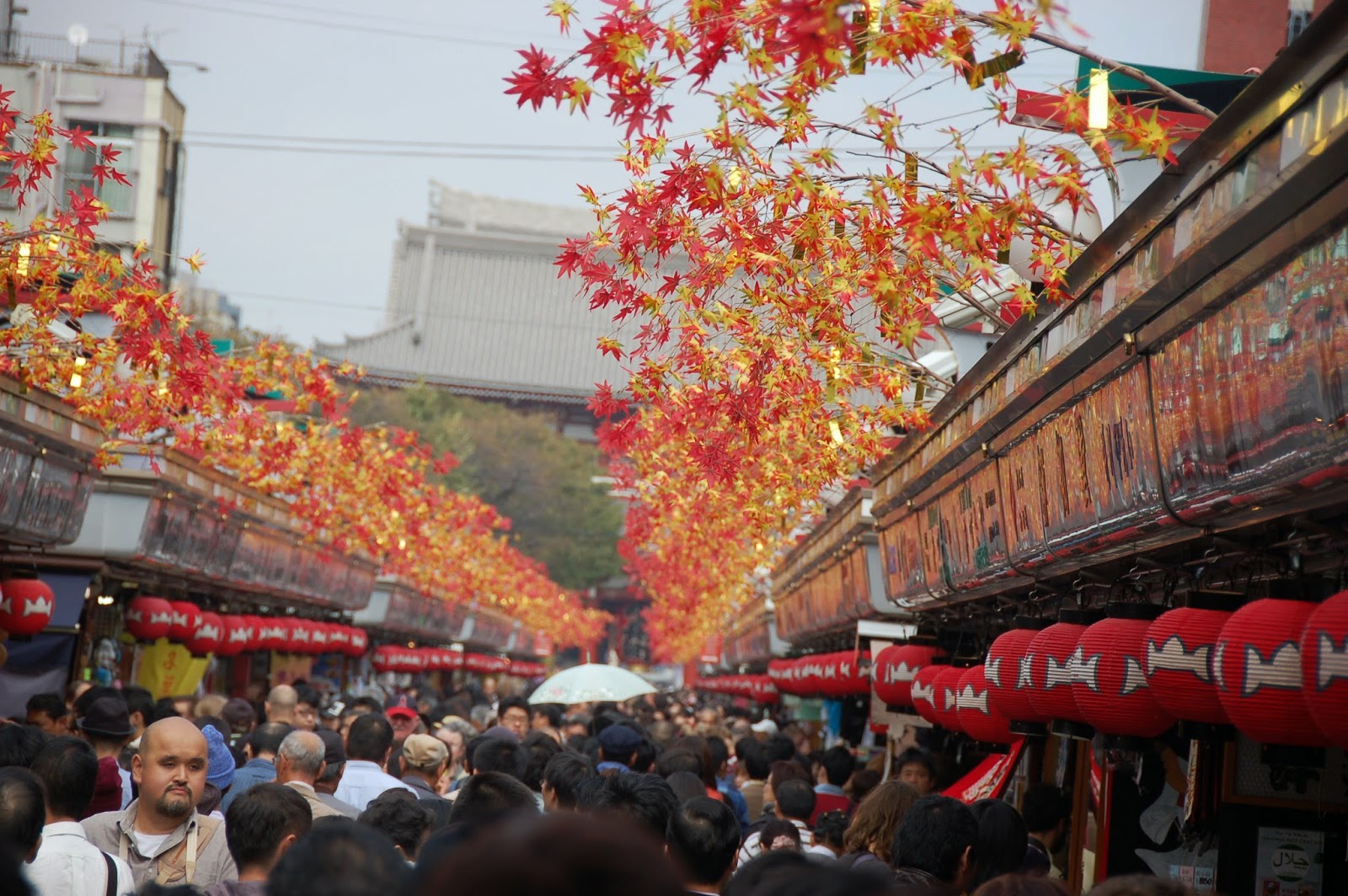 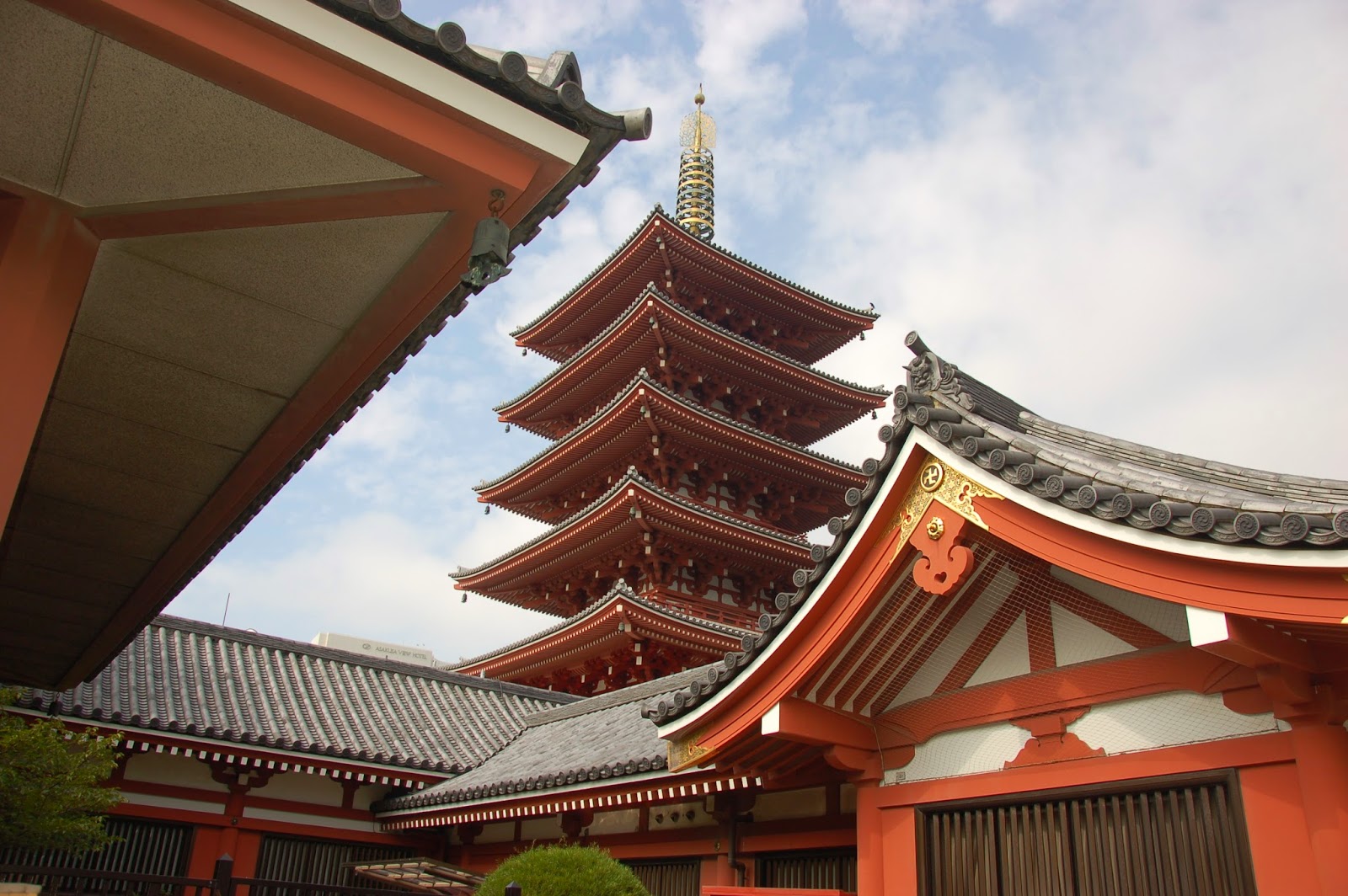 Our guide on this day was Motoki Yamaguchi, close to Yasuko in academic interest. He had continued his academic studies and written a dissertation on the Arabs in Indonesia, especially the Jamiatul Khair versus Al-Irsyad debate and the thinking and writing of Ahmad Surkati. His doctoral dissertation is finished and accepted. So, now he has to think about a post-doc position: my own two sons Floris and Stijn did not like to pursue an academic career as their father did. They studied engineering and work in more practical (and better earning) jobs!
With Motoki we went to one of the largest temples of Tokyo, in the district of Asakusa, built for an old statue found somewhere around 650. It was immensely crowded with people having fun, shopping in the many petty stalls, looking a little bit like the entrance to the grave of Sunan Ampel in Surabaya, but with more order and more fine buildings. But after visits to so many temples and shrines it looked as if it was more of the same, also because we do not understand very much of this language of images and ceremonies. 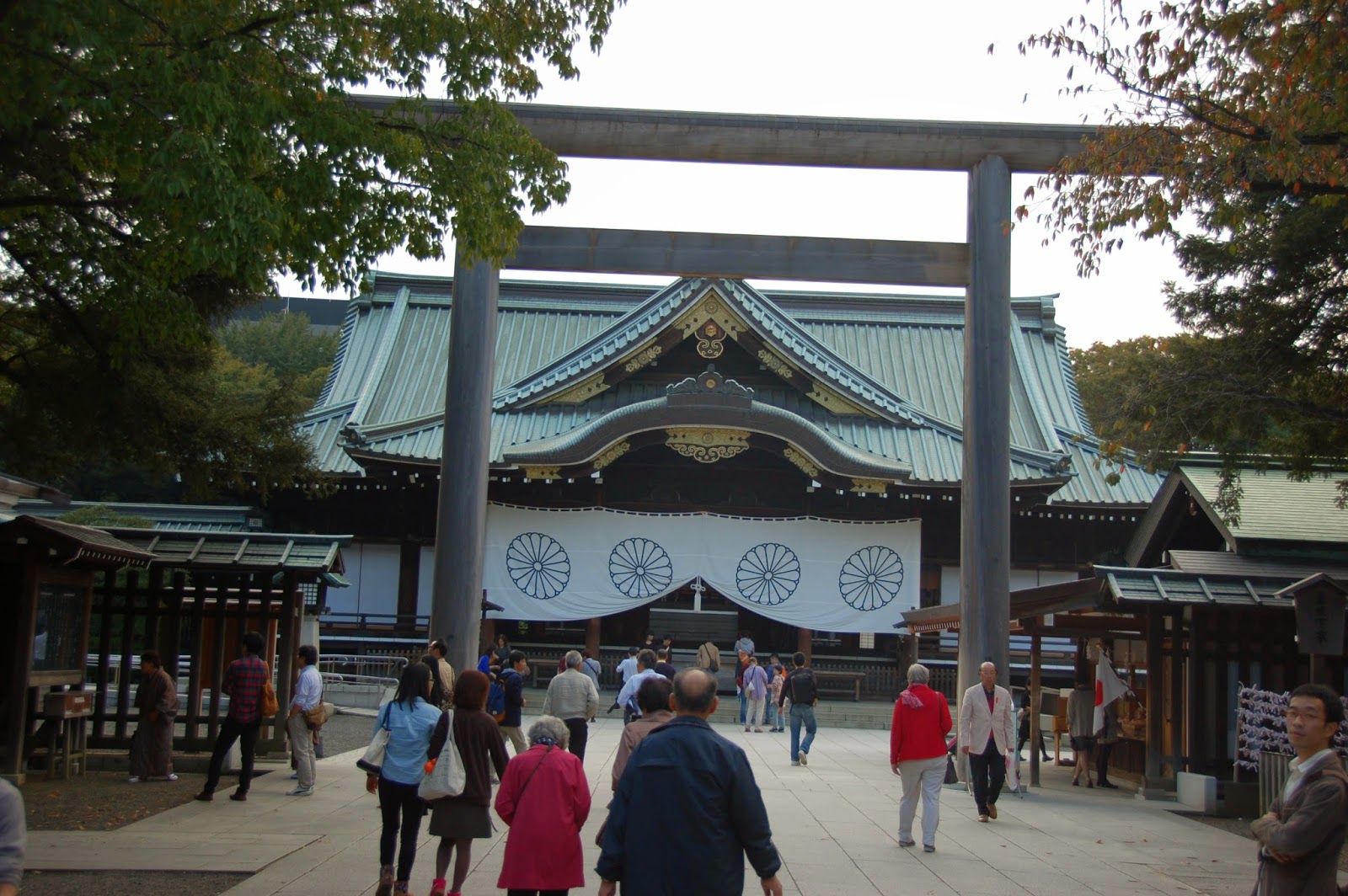 The second visit was to the Yasukuni shrine, in honour of the souls of those he fought during the earlier wars and especially the Pacific War for the 'peace of Japan'. Yamaguchi Motoki is standing here on the right. I had no better picture of this learned specialist of Indonesian Islam, concentrating on the writings of Ahmad Surkati (Motoki is able to read the Arabic of Surkati: complicated debates of fiqh and one of the few to study this after Pijper!)
In the official leaflet of the Yasukuni shrine it is said that behind the main building, another kind of archive room is built. 'It houses the Symbolic Registers of Souls, lists the names of all the divinities worshipped here at Yasukuni Shrine.They are written on handmade Japanese papers.' This is some kind of bad translation or bad Shinto theology? 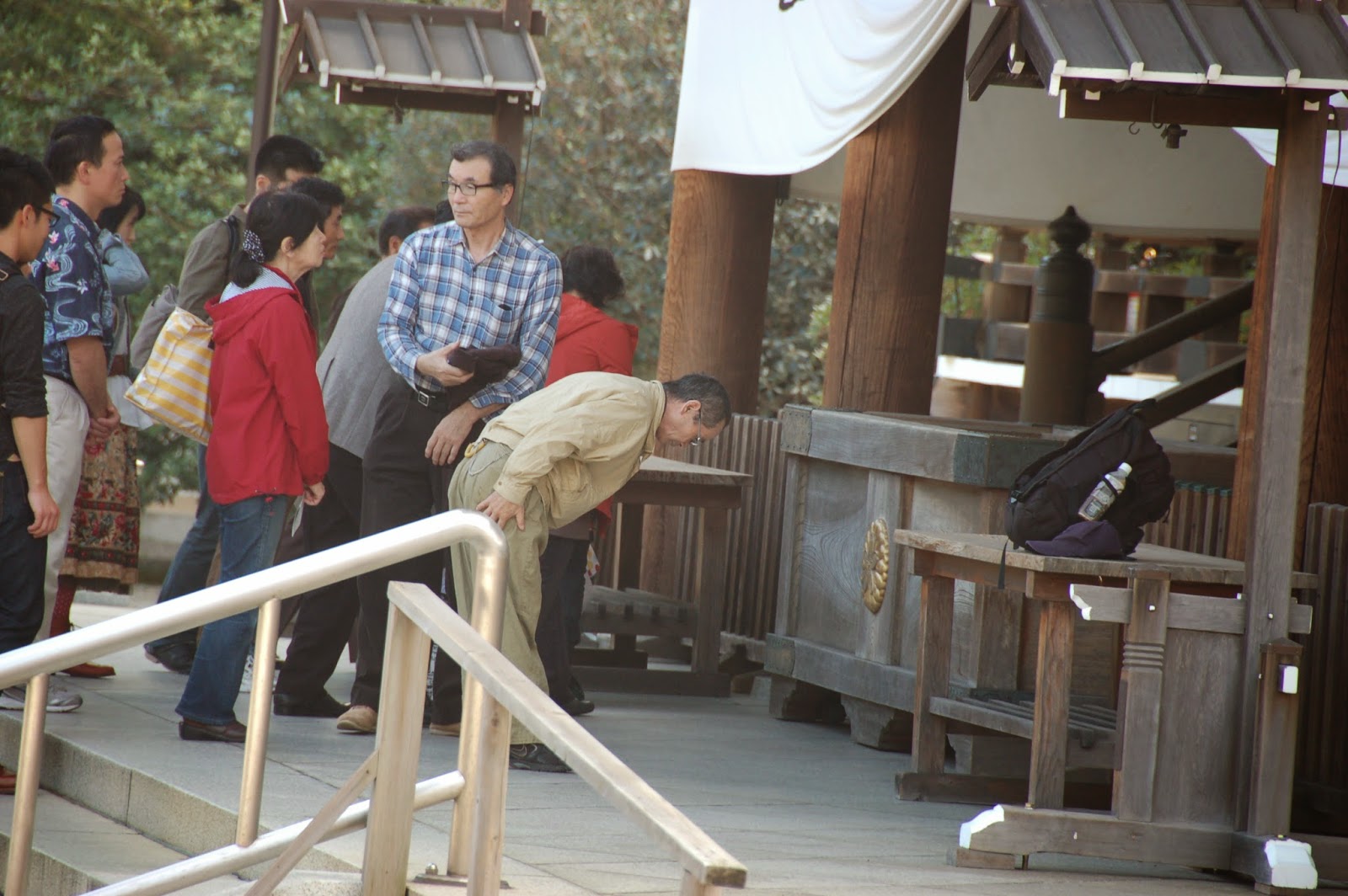 It was not allowed to make pictures close to the main shrine, but with my camera I could make some pictures of bowing and clapping people, paying honour to the 'divinities' here. There is also a Museum for the Pacific War' with prototypes of the planes that were used. Probably also the airplanes that destroyed the American fleet in Pearl Harbour. Also the locomotive that was used at the inauguration of the Burma railroad. For Dutch visitors these items in the museum have special elements as well. 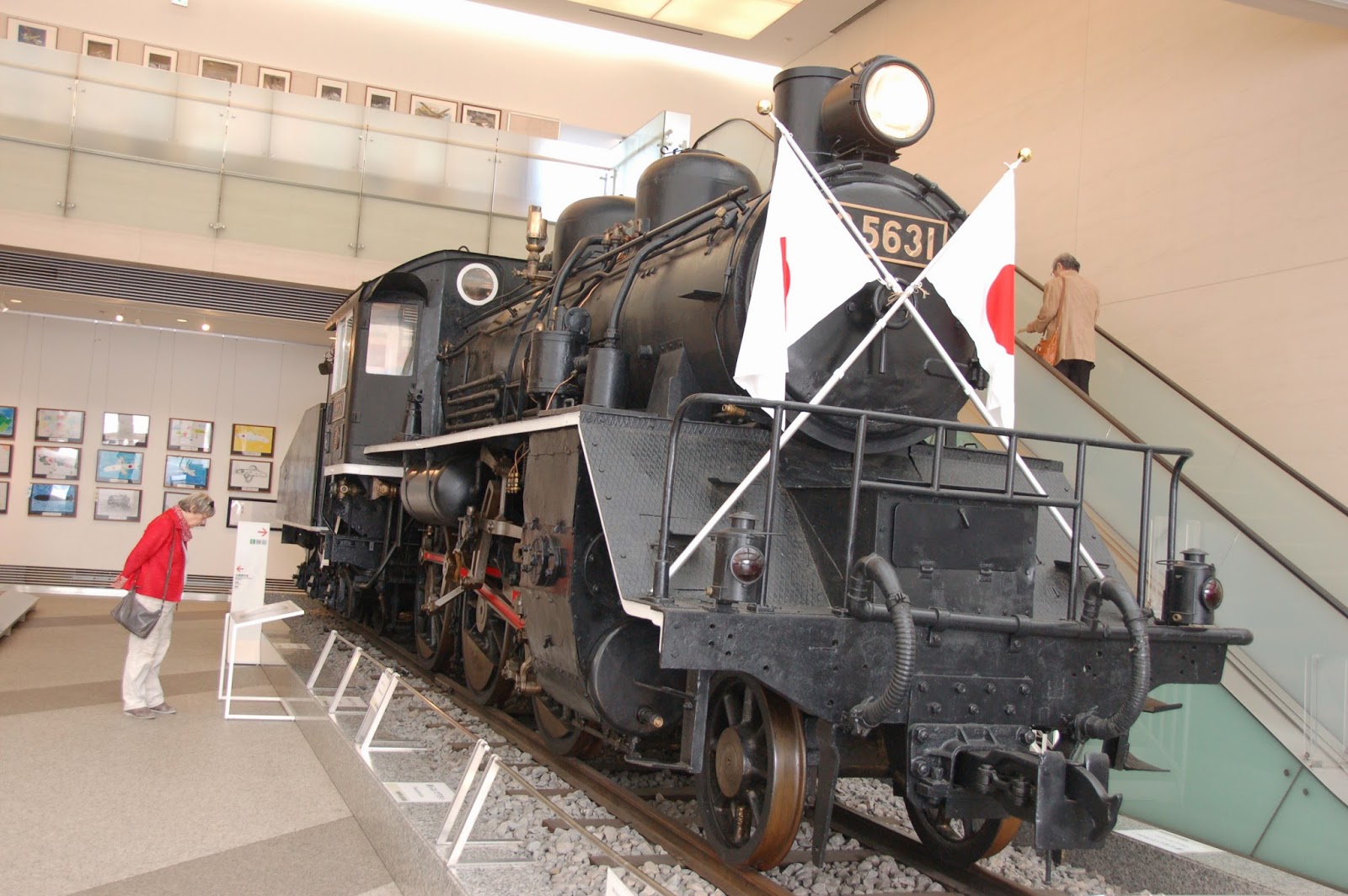 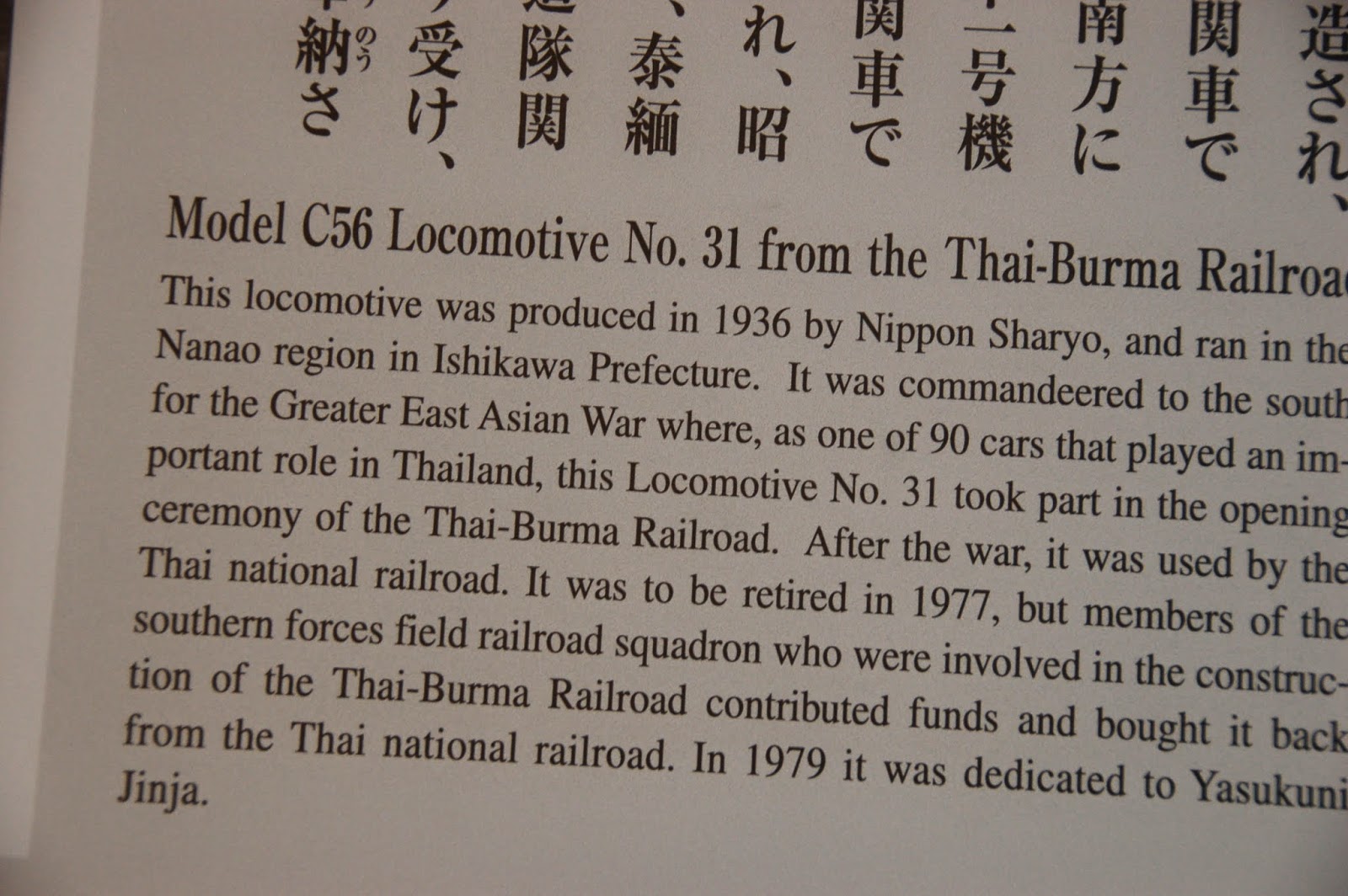 On the map of Tokyo it is clear that the district of our Hotel has many small shrines. We made a few walks in this section of Tokyo, narrow streets, but many houses with a garage for a car, and many nice gardens and statues of deities or something old and religious here. 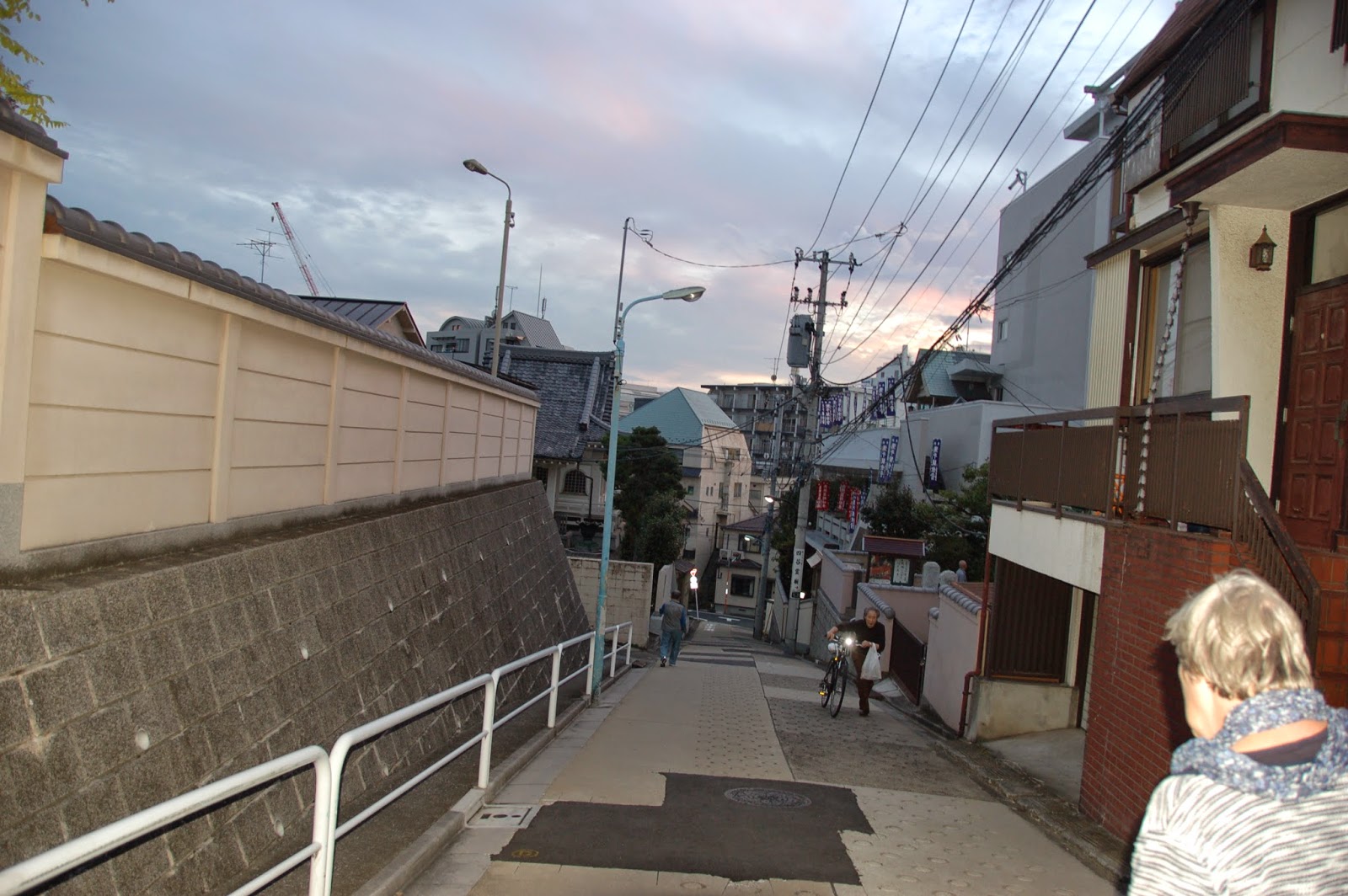 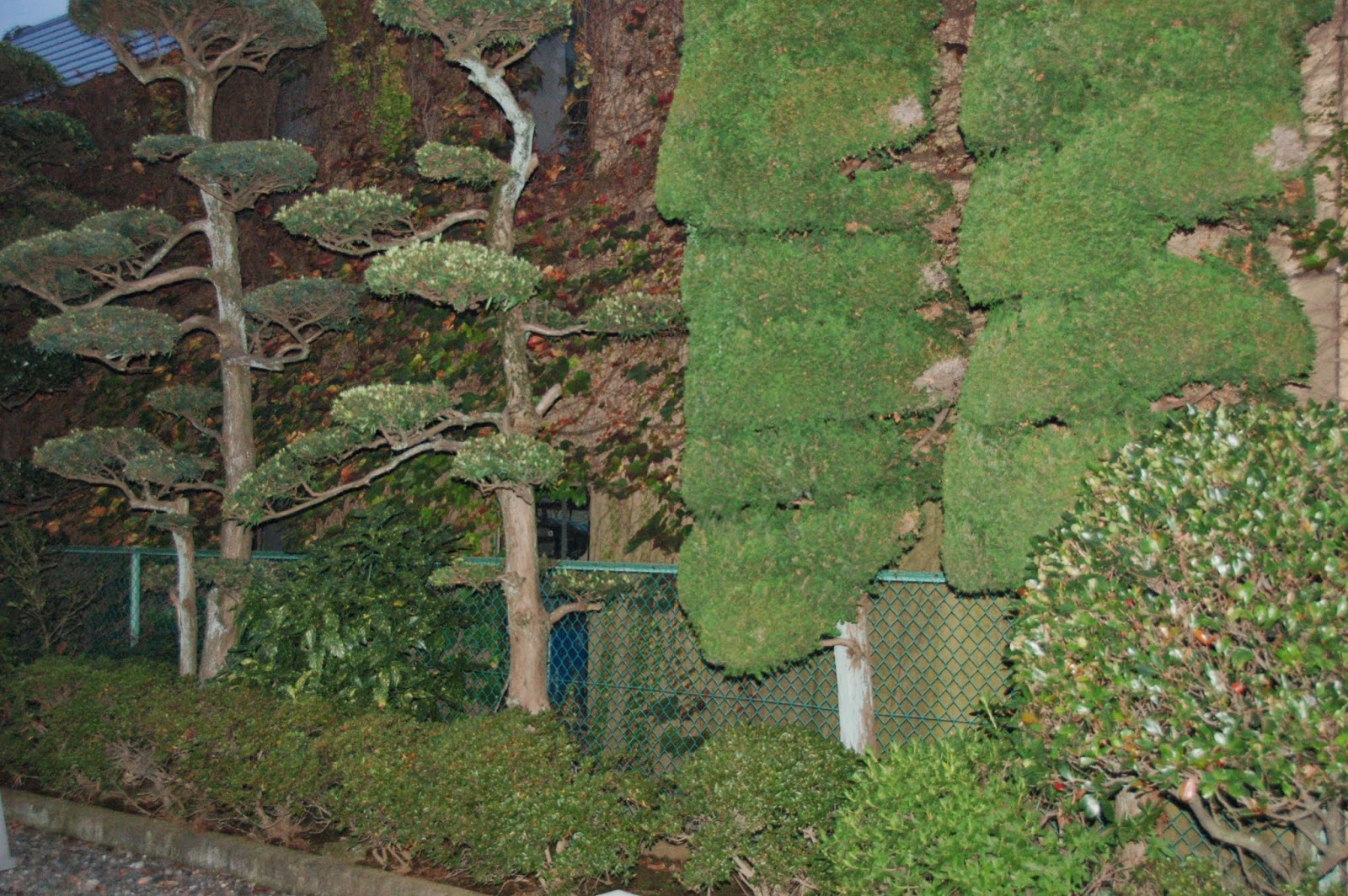 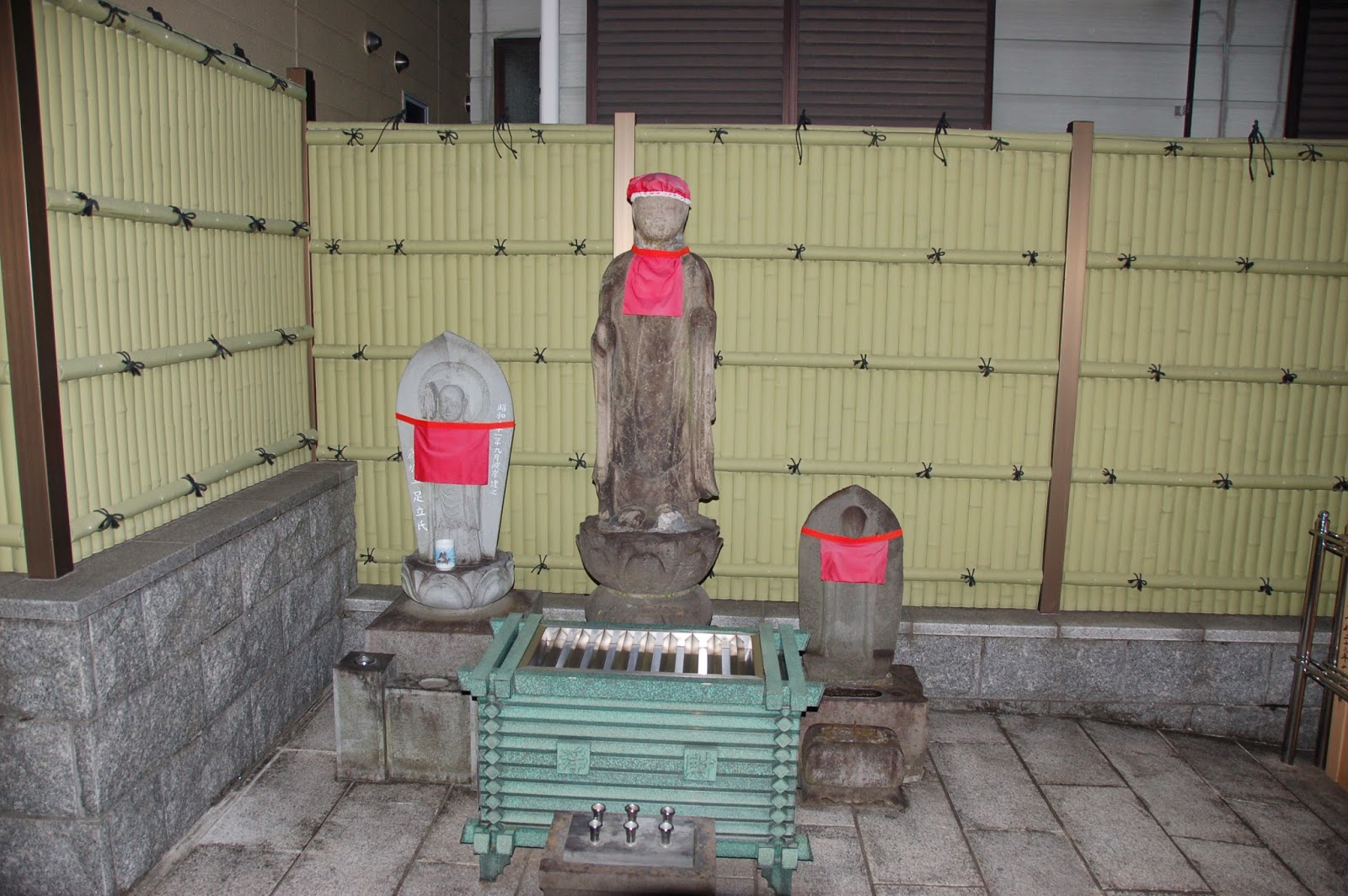 These are just only a few impressions of an extraordinary trip to Japan. So many issues came together: meetings with a group of colleagues in Indonesian Studies whom we could meet here in their own situation in Japan. Visits to Japanese places, but in contact with students and scholars of Indonesia. Of course, there was much comparison between the countries. The impressions were so overwhelming that Paule said: we must put the pictures and the texts in a booklet that is easy to handle. As a tributre to Yasuko Kobayashi and so many of her students and colleagues who made this trip possible, we put this here on a blog, as a small sign of our gratitude for their hospitality, liberality and concern with our condition. Terima kasih!
Gepost door Karel Steenbrink op 03:40