Wedding chapels in Kyoto and Nagoya


In Kyoto we stayed in a great luxurious hotel, Westin Miyako. It has two facilities for marriage: a shinto shrine and a more or less 'Western Christian Chapel'. In Shinto tradition the couples wears a kimono and traditional dress, ceremonies are in older Japanese, complicated or even not understandable for modern Japanese. The Christian Ceremony' has a sermon, Bible readings in modern Japanese, simple prayers and Western style dress. The Westin Miyako has such a wedding chapel on its 7th floor, from where one may walk into part of the surrounding hills. 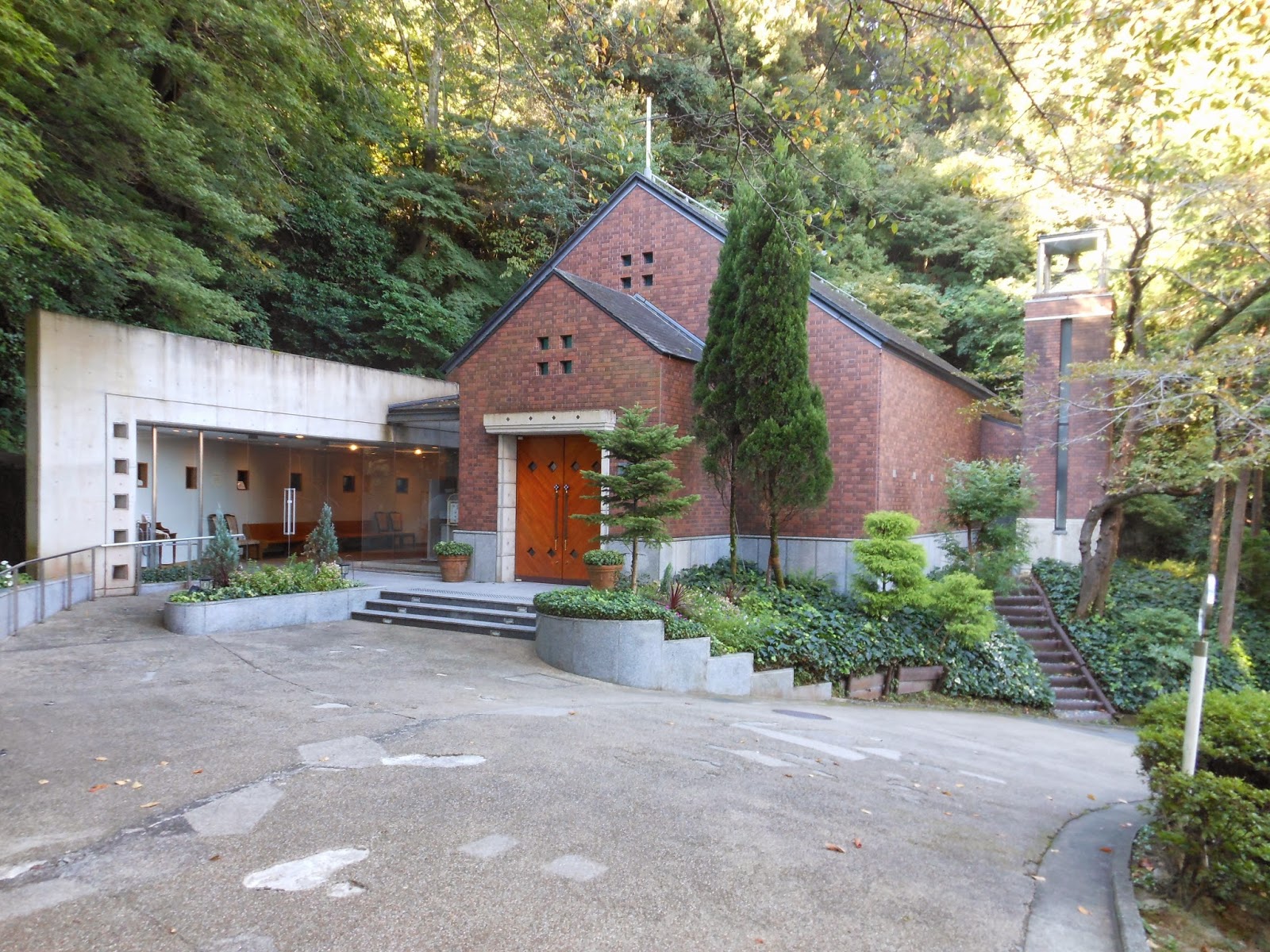 In Nagoya we stayed in a middle-sized but also very good hotel, Sit Winston. It specializes in marriage ceremonies and has a quite special wedding chapel. Initially I thought it was a Protestant of Catholic church, but it is only the facility the hotel provides for any couple wishing to marry here! Freedom of religion means that aspects of religions can be taken without full adherence. We wish all who marry here a harmonious and loving married life! (Picture taken from the 7th floor of the hotel, where we stayed. Notice that a cross is integral part of a 'western style' wedding chapel. For those who come from Indonesia, where a Muslim community is quite sensitive for such things, it is remarkable.) 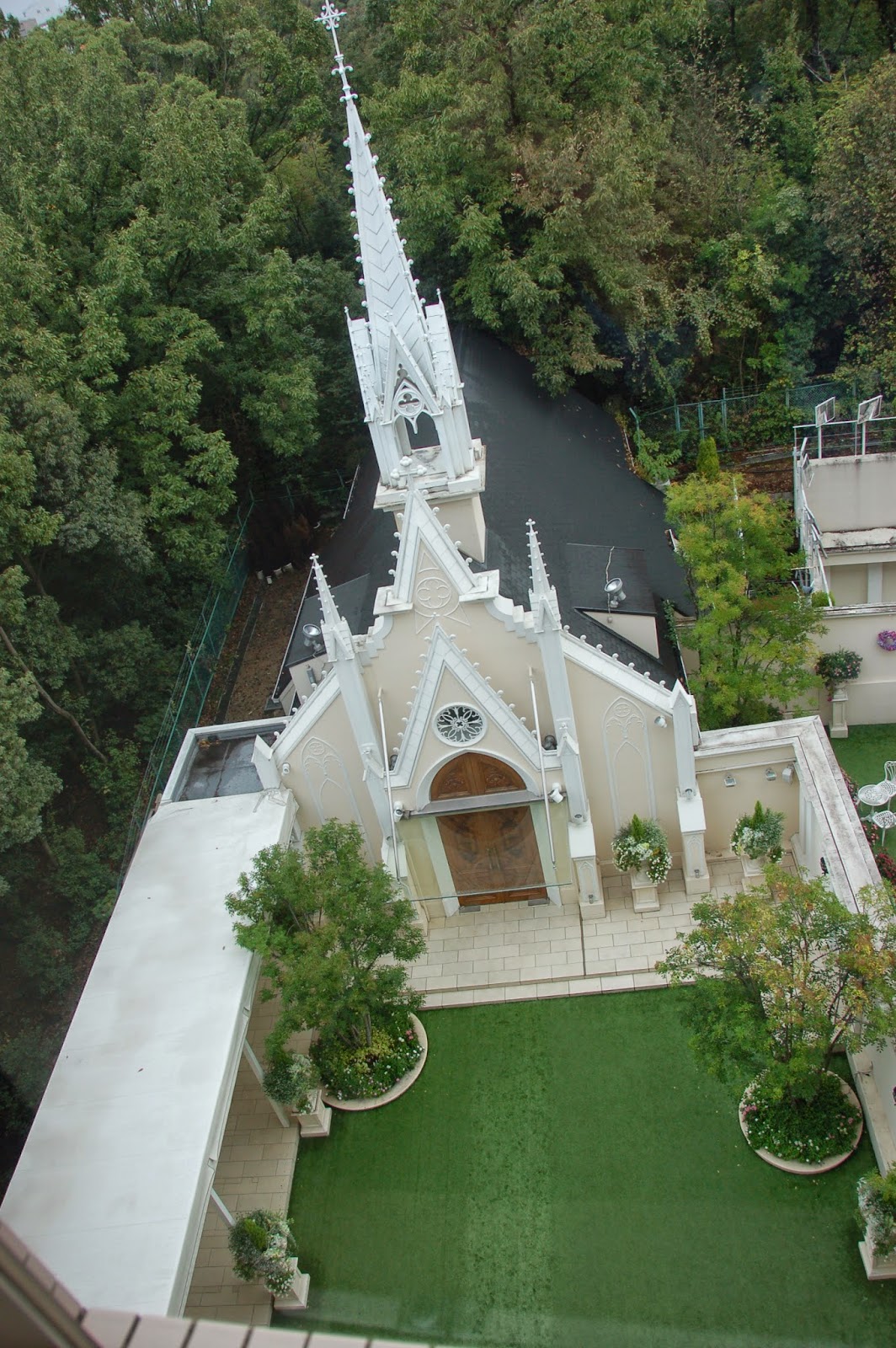 Later during this visit, Sunday morning 26 October, in the most luxurious hotel of Tokyo, (only for a walk and a drink  we stayed in a nice but more modest hotel),we saw another chapel. That morning used for a small congregation of some 50-70 people, mostly foreigners. But the brides were already preparing and making pictures in the park. 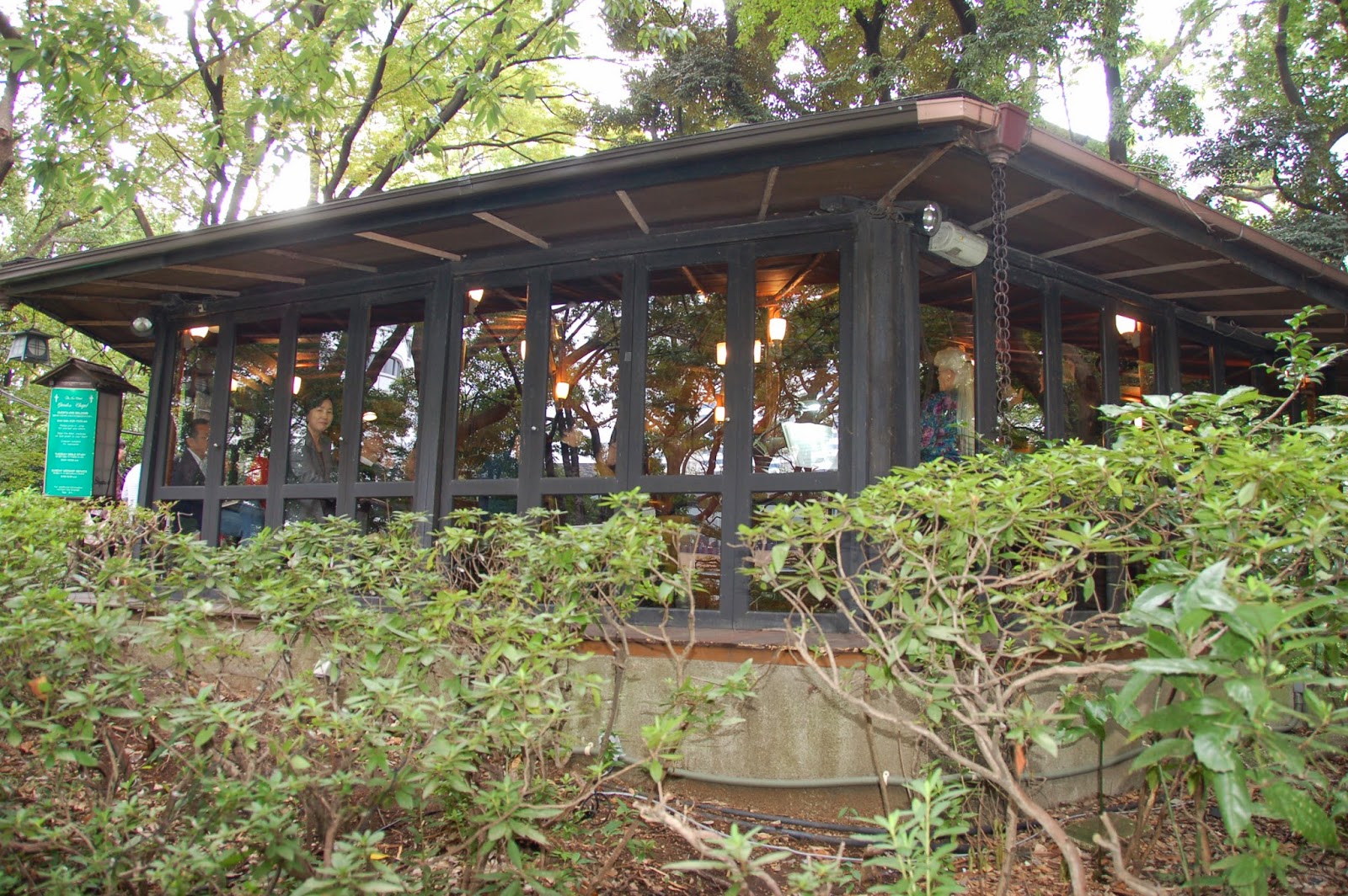 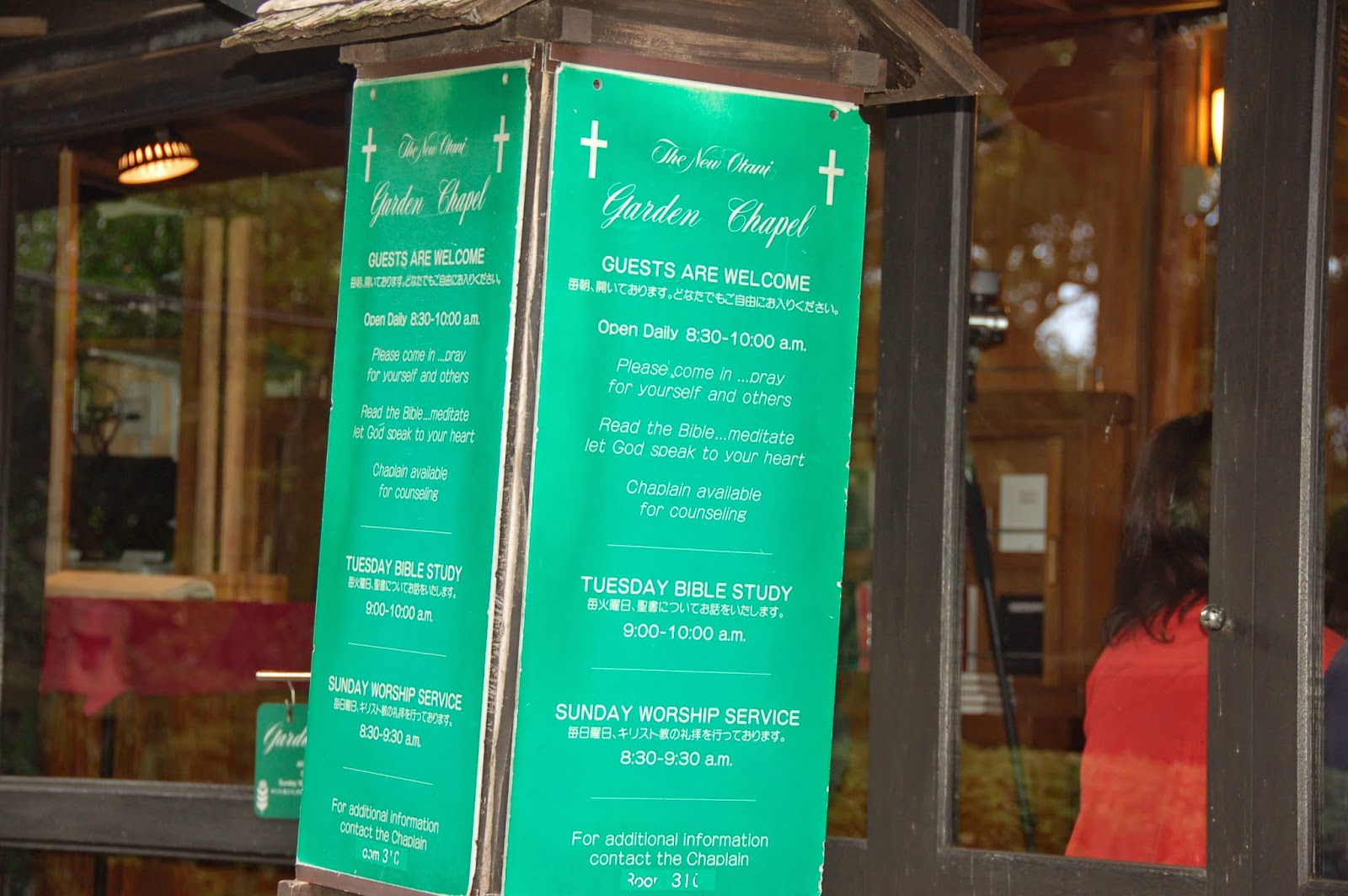 We did not enter during this service. A man was preaching, translated by a 'Caucasian' ladywith the audience attending piously.