From Jakarta, I arrived amidst heavy rain in Yogyakarta, where Kees de Jong welcomed me at the airport (after some delay: probably I had not communicated well by SMS). Anyway, I had a pleasant time in his house, a fantastic meal at the beach in Depok and a nice visit to Ganjuran, grown as a place of pilgrimage since I was there with our children in 2004.
Kees de Jong lives now in a sector where there is little or no public transport. He told me that the motorbike has become so popular and public transport so bad, that few people take buses and prefer the motor bike. So, he is depending on a car and a driver in the small village where he lives, north of Godean. But his classical-styled house is amidst the sawahs. Nobody knows for how long, but it is a beautiful environment. He has a busy job at the Duta Wacana University. 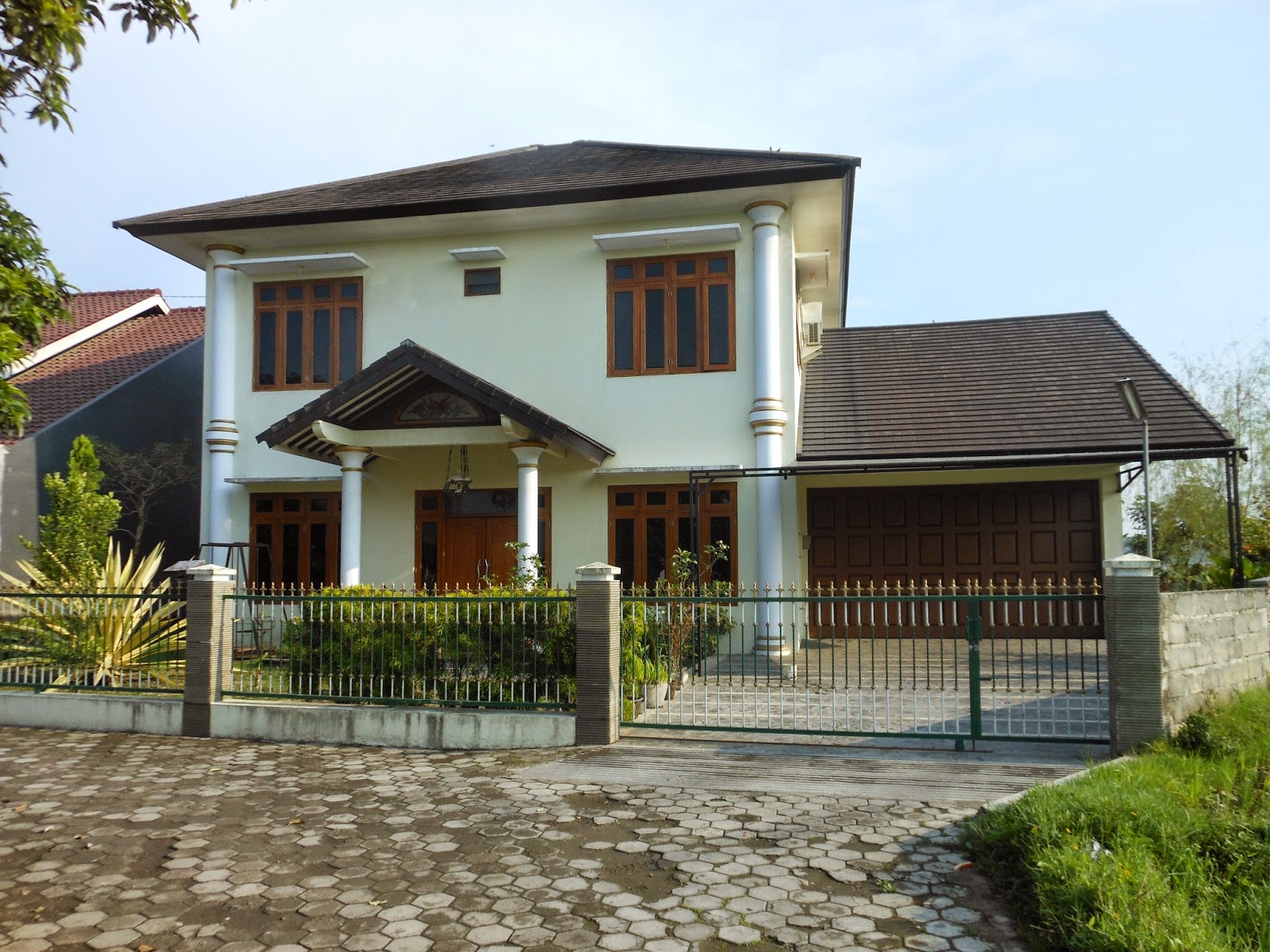 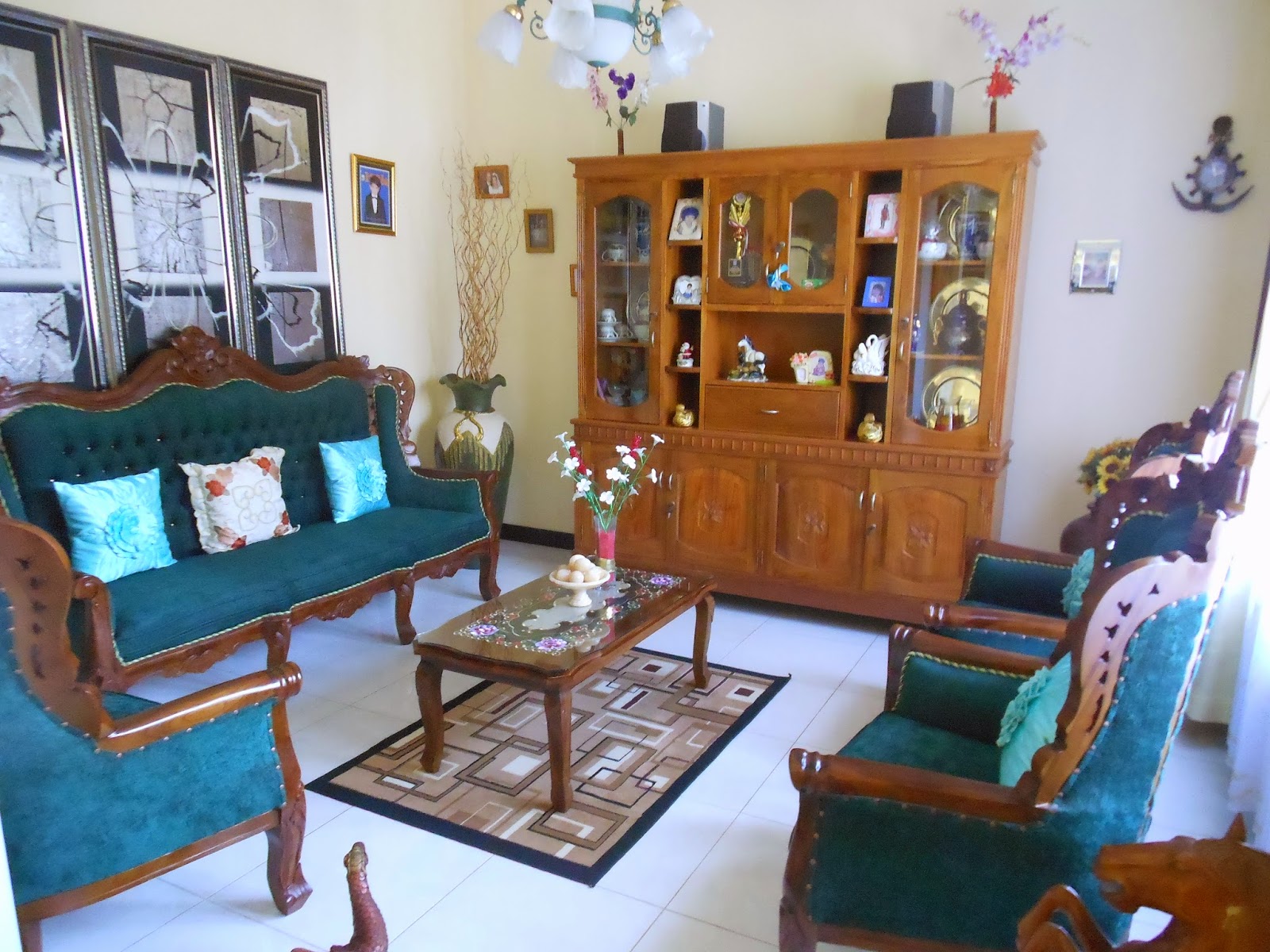 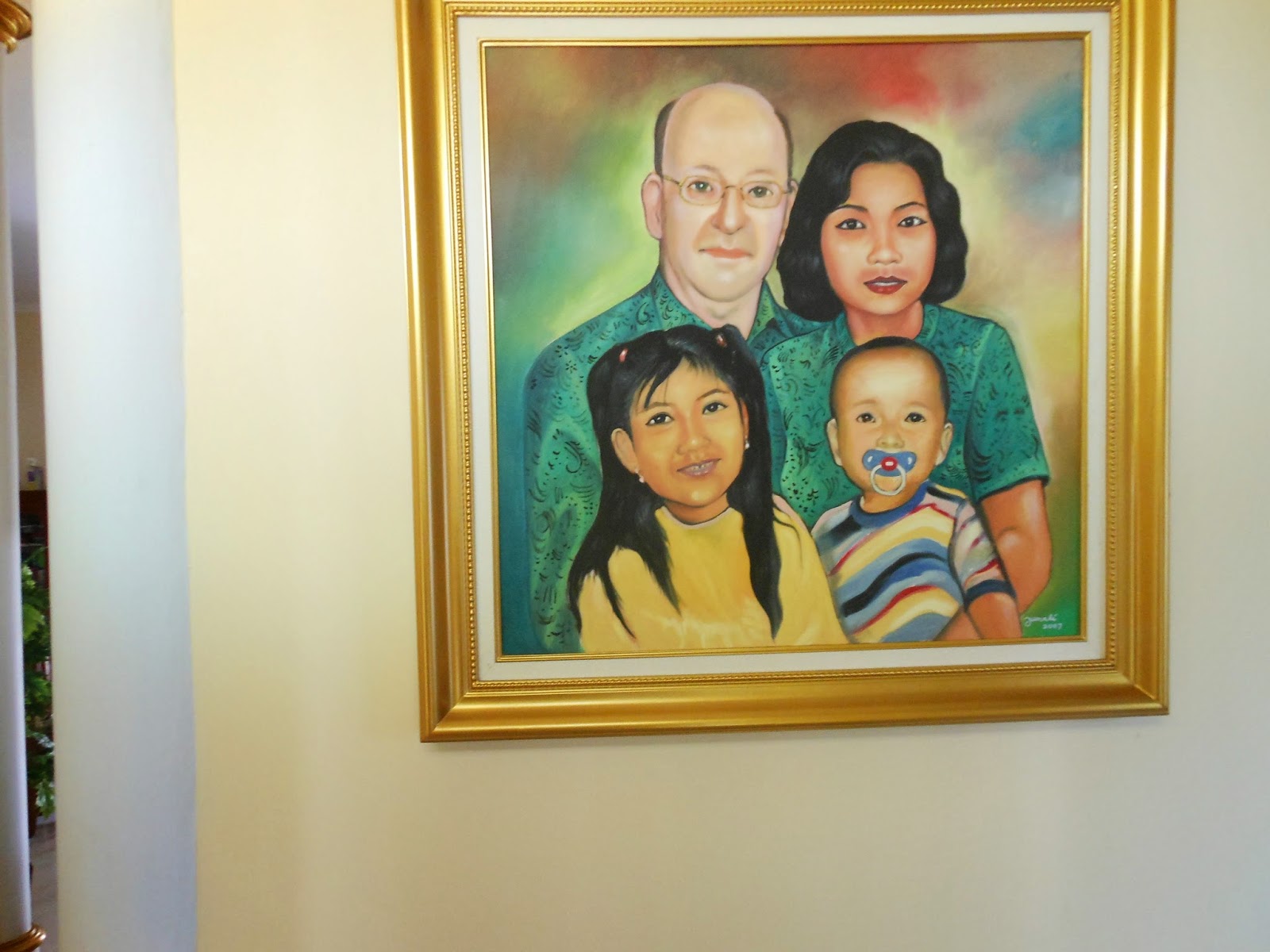 This house and its furniture could have been anywhere in or near a modern town in Indonesia. He truly adapted to his environment, joins the night watch once every month or two months. And still has a nice view on the ricefields next to his house. 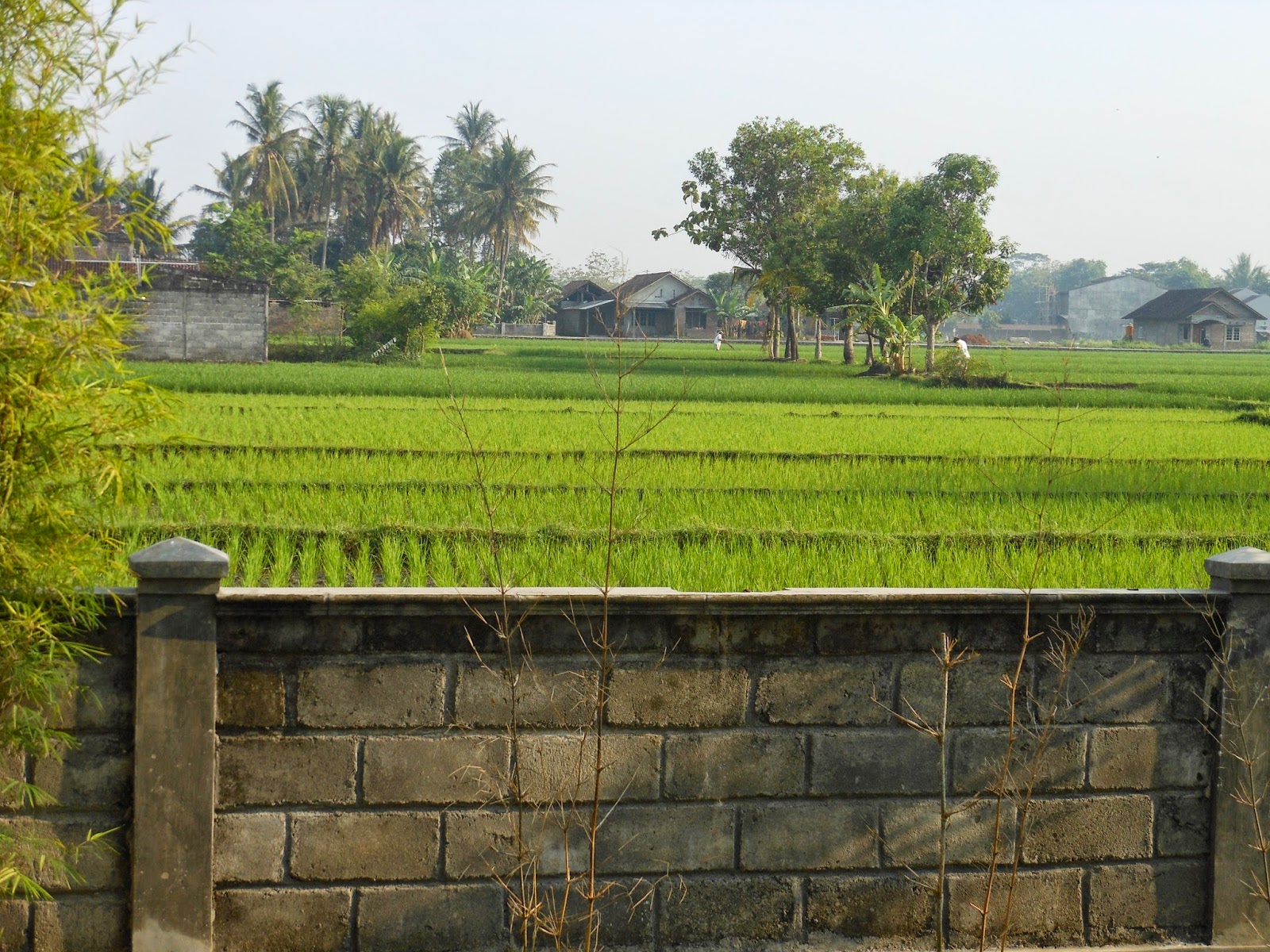 Quite different is the house of Elga Sarapung, director of the inter-religious institute DIAN Interfidei. She also lives in a new neighbourhood, already more densely populated, with some great modern houses in a walled compound, that is in conflict with the earlier village/settlement. They wanted to have an exit for cars from the closed compound, but the neighbours did not like the new busy traffic and built a wall, preventing people to go out of this compound. PSS means:  Persatuan Sepakbola Sleman or the Union of Football Players of Sleman (the district where Elga lives). On the picture below it is clear how the people here prevented the use of the gate for this new walles compound (there is another gate, nearly 800m away). 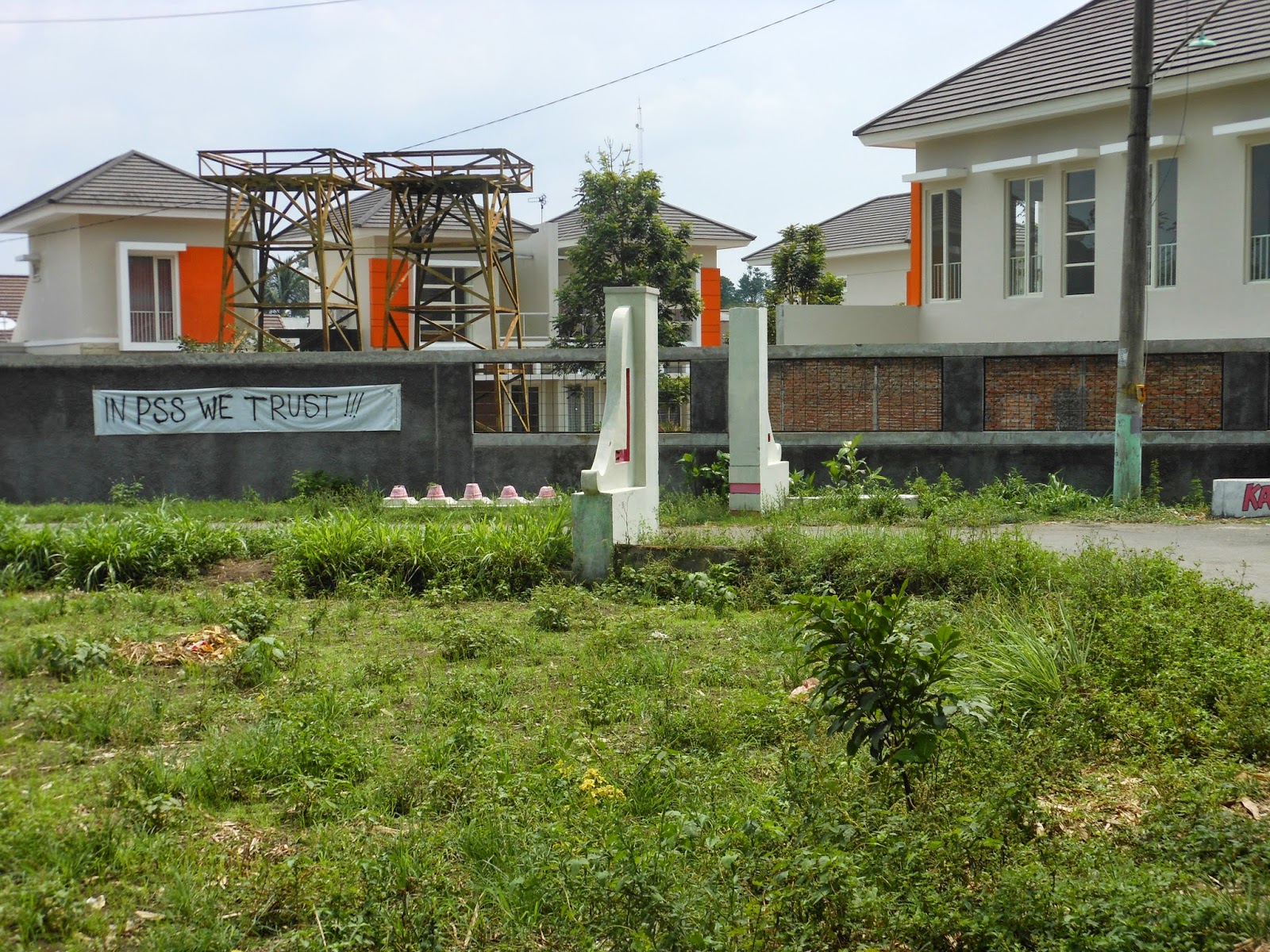 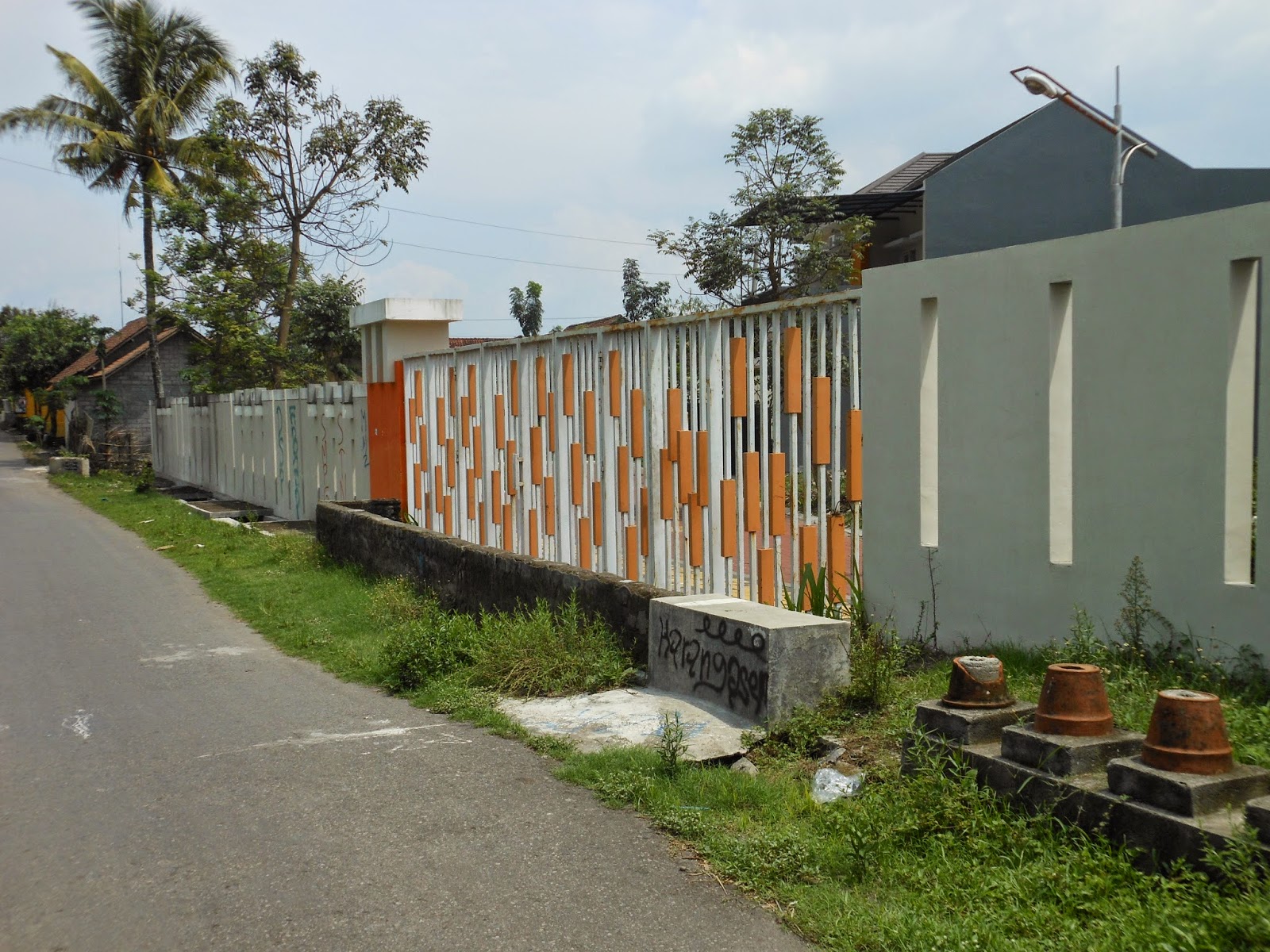 Elga had her house planned and designed by Romo Mangunwijaya, who hated Aircondition and formulated as the basic need of a proper house in Indonesia that it should have much free ventilation, open window, no doors, something like a pendopo or at least a house without too high walls. 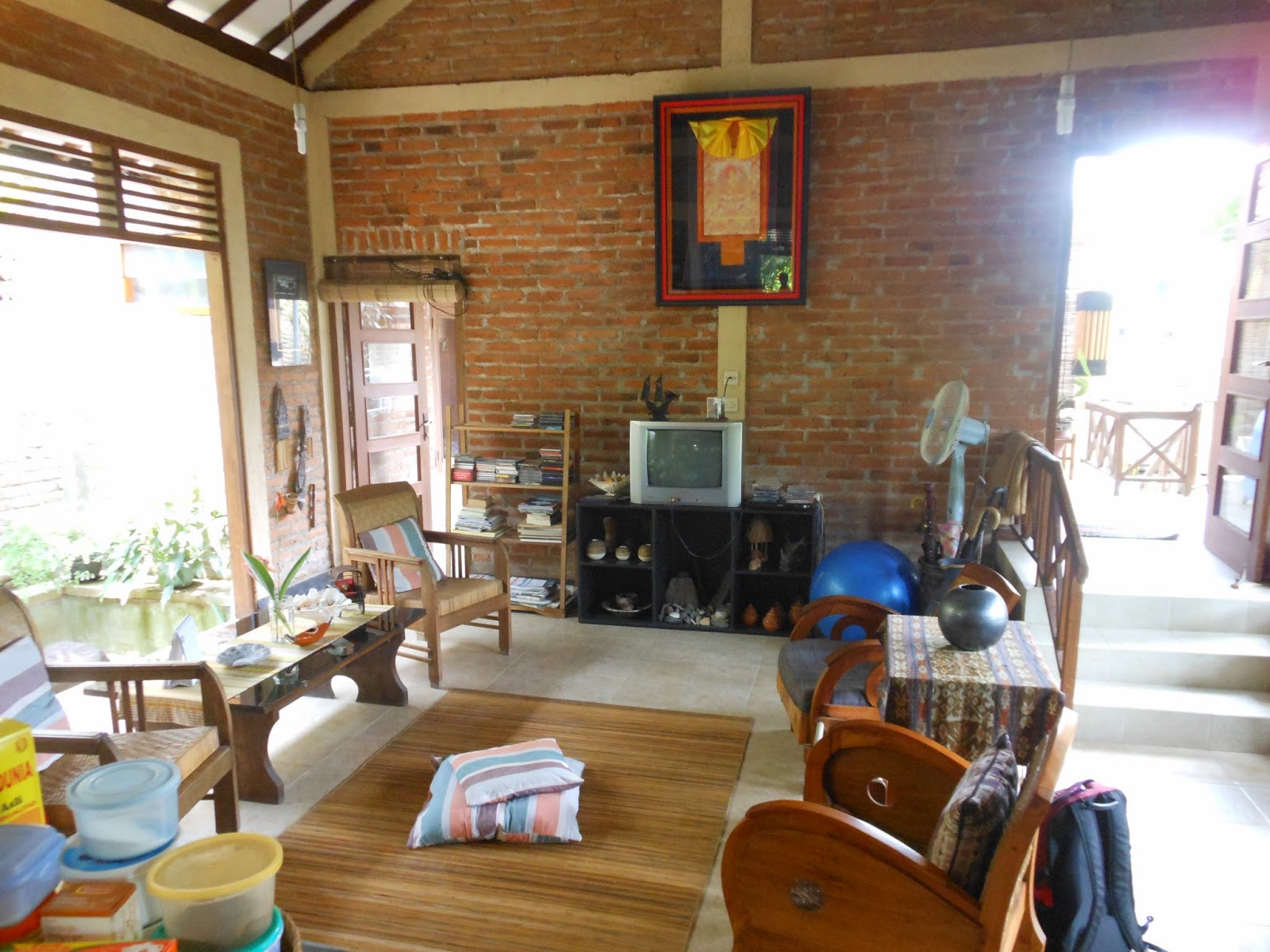 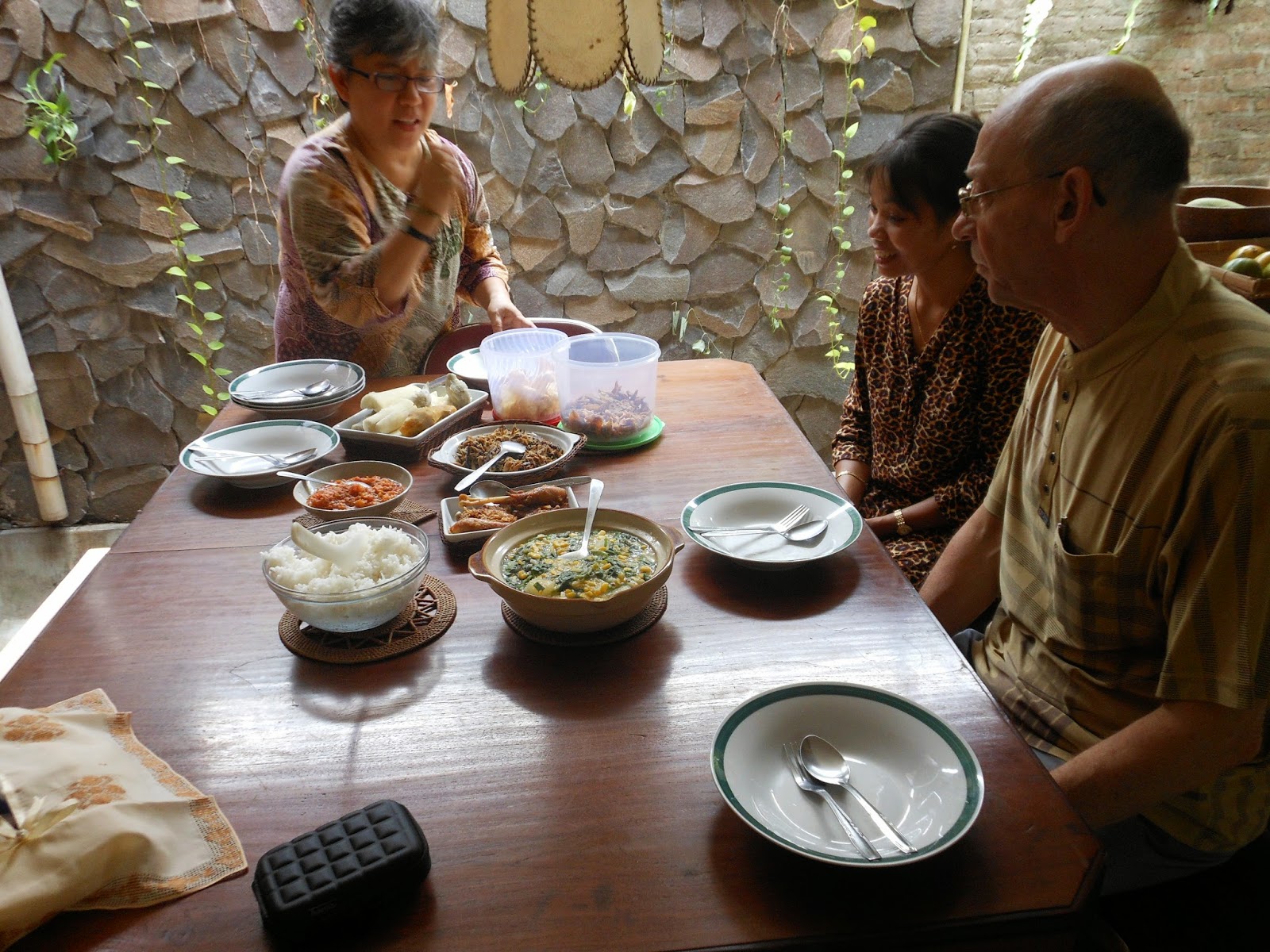 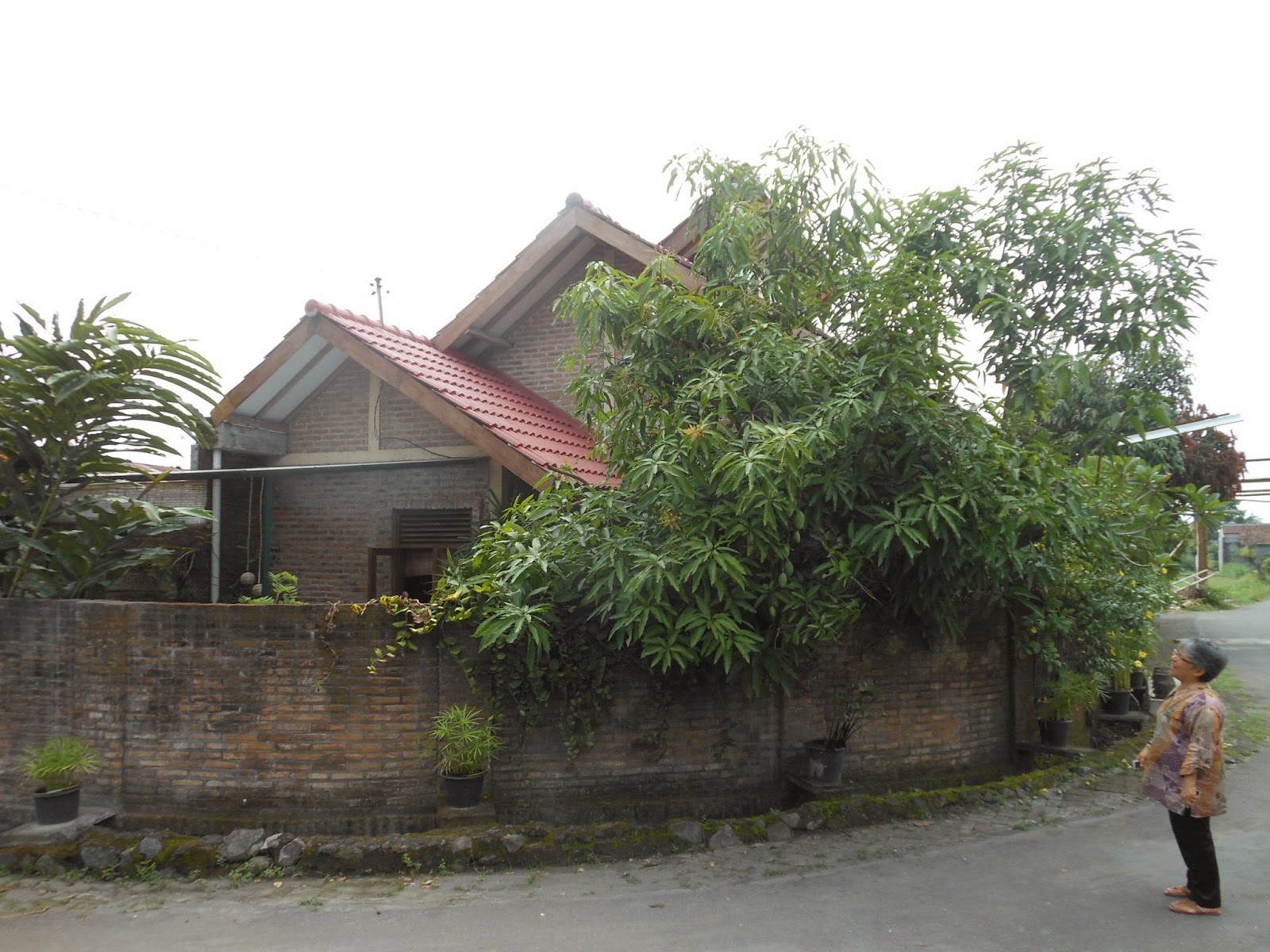 Elga had made Bubur Manado, some kind of everything in a basket, but on the basis of corn. For a small crowd, but here were only Elha and me, besides Kees de Jong and his wife Tuti. The house looks great, but it has only rooms on the ground floor: the rest is ventilation, free air.
With Elga I had a long conversation about all kind of religio-political issues. She is really fond of Lukman Hakim Saifuddin, who is the new Minister of Religion. Still under SBY he invited Bahai, Ahmadiyyah, Sunda Wiwitan (the new name for the Madrais movement, ADS, Agama Djawa Sunda), Shi'a, Christians, Hindus for an iftar in his house. And he will change quite a few things in the relation between religions and politics: the government must be less bound to religious leaders and take more distance.
Gepost door Karel Steenbrink op 07:02