There is a new series on Netflix, the TV-channel: six hour on Bhagwan Sri Rajneesh, 1931-1990. Wil wild country. Most of it is about the period 1980-5 when the revered guru was in Oregon, USA. Thousands sold everything to live there in a new town, where this number many in a long series preached his light-hearted and positive religion/way of life: much sex, much laughing, young people. Through interviews with key persons, supported by sections of movies from the 1980s we can follow the developments nearly from day to day: the invasion of thousands in a quiet village in the countryside, the absolute lack of integration of the army of orang/red sannyasin.
Not only the Bhagwam himself is the key personality (he was silent for more than three years, very little of his original message in in the movie), but Ma Ananda Sheela, his manager, 'secretary' and trusted person, until there was a rival lady for the Bhagwan. Then Sheela supposed a plot to kill the Bhagwan and instead she planned to have the supposed-to-become-murderer killed. That was the beginning of the end of this great adventure of five years in the USA. 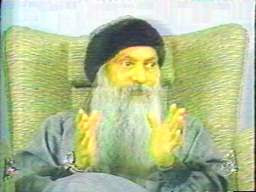 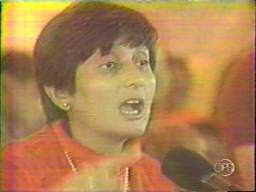 Many mystical teachers, all over the world have a lady and great supporter: it is clear with Eckhart, Ibn 'Arabi, Arnold Jansen, founder of the SVD order, Saint Francis of Assisi and Clara. Sheela was the organizing power, precise and practical instructions, while Bhagwan formulated the message.
Much talk is about immigration rules. I was also thinking about the man from turkey who arrived 18 years after the Bhagwan: Fethullah Gülen, who also had problems with the process of immigration. The compound founded by or for Fethullah Gülen is much smaller: only for the inner circle, arriving with him from Turkey (while most of the devotees of the Bhagwan were Americans). Little is known about life in the actual abode of Fethullah Gülen and it is also not found interesting by many dsciples in Europe.
There was last week an interesting article in De Kanttekening, the weekly published by Gülen people in the Netherlands. It is an interview with Ercan Karakoyun, leader of the movement in Berlin. He deemed the strategy of the movement too sectarian: often full of propaganda only, denying any weakness, not able to listen top critics. The critical journalist Ahmet Sik did not receive a good answer and was only 100% dismissed. And first of all: closed like a sect. Also the transition from support for Erdogan/AKParty to criticism had been too abrupt and without a thorough analysis.
I wish the person of Fethullah Gülen and his movement a better development than what happend with the Bhagwan!
Gepost door Karel Steenbrink op 08:17