In my country, The Netherlands, a debate has started about religious financing. Sources say that 10% of the Dutch mosques are seeking money from donators in Saudi Arabia, Kuwait and Qatar. The number of Salafi mosques is growing quickly. Some politicans are seeking legal prohibitions of foreign donations for religious activities, which they do not like. Especially Christian political parties are hesitant: they want respect for freedom of religion and they are themselves active in sending 'Christian money' to Muslim countries! Like Gert-Jan Seegers, political leader of the Christian Union, who was a missionary in Egypt and certainly was active in distributing Christian donations to Egyptian Christians.
In 1978 there were two regulations of the Indonesian government to curb financial gifts and visa for foreign preachers/missionaries. At that time there were two reasons given for this measure: 1) it was seen as an action to prevent Christian mission and therefore quite many Muslims supported the idea; 2) there were also rumours that it was a measure to prevent the spread of fundamentalist Islam, because in packages of religious books from the Middle East, also weapons were found for activist/terrorist Muslims.
Whatever may have been the purpose of the two measures, they had little effect: there was no serious control of the arrival of money through persons or banks. Only procedures for visa became more difficult for Christian missionaries (but not impossible, and anyhow, at least from Europe few missionaries were trained to be sent to Indonesia, because of the quick decrease of young priests in those countries. And nowadays Indonesian priests are sent to various European to lead parishes). 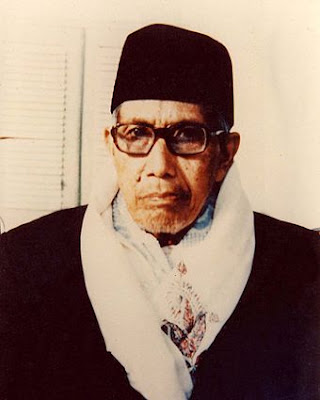 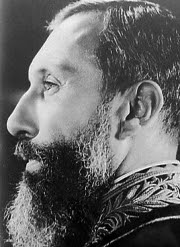 When I did my research on pesantren education in 1970-1, Kiai Zarkasji of Gontor told me that he had received a very big donation for the first mosque to be built in this compound from East Java Governor Charles van der Plas. The money originated from the lottery of the planters in that rich region of Java. Although a lottery is not allowed, rather haram for Muslims, Zarkasji gladly received the money for his new pesantren. In a realistic mood he said that it shoud be used in a good way, even if its origin was unlawful!
We see now in Indonesia that salafi Muslims receive money from the Middle East, while liberal Muslims also seek money from Adenauer Stifting, from Ford Foundation and Cordaid. The money of God goes in various streams to those who need it.
Gepost door Karel Steenbrink op 01:58