In the second half of May 2015 we were in Italy. Especially in Tuscany we saw many richly dressed people with turbans: the most clear sign of Muslim dress. Here is show some of the most conspicuous examples. 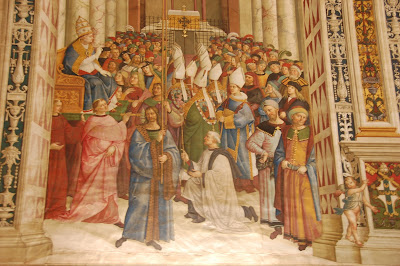 This is a great ceremony for the pope. When I remember well, this was for the special room in the Duomo of Siena where the library of the later Pope Pius II was kept. Beautiful paintings on the wall here (see also below) and right below a turban (I suppose) and therefore a Muslim? 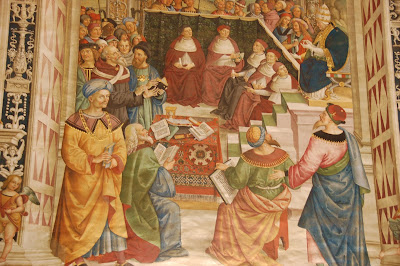 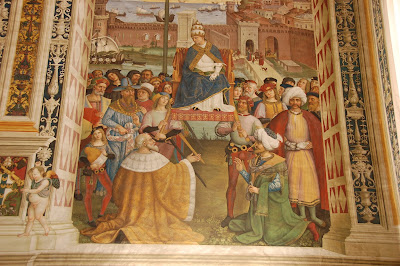 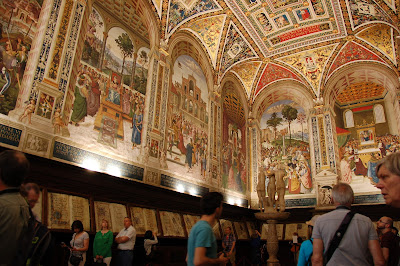 This was still the time when the Muslims were respected as source of learning, as the keepers of a refined style of life. An amazing place this library in Siena (used in the style of a museum with an honest ticket to be bought before you could enter). 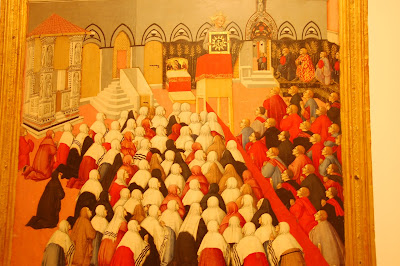 Besides Catherine of Siena there is one Bernardinus of Siena, a famous preacher in Central Italy, about 1380-1444, a Franciscan Friar. Quite interesting to see how women and men are separated during his sermons by a curtain, more or less as now also happens at Muslim meetings. 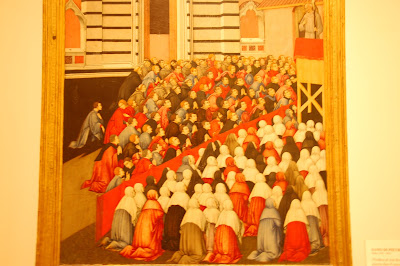 The last in this short series is a great statue for the most influential of all Medici in Firenze, Cosimo di Medici. He also has a Muslim (at least a turban) in his entourage. This is on the Piazza Lorenzo, next to the church where the graves of the Medici are to be found (but Paule find these marble statues by Michelangelo too grotesk, too macho and did not want to enter to see them again). 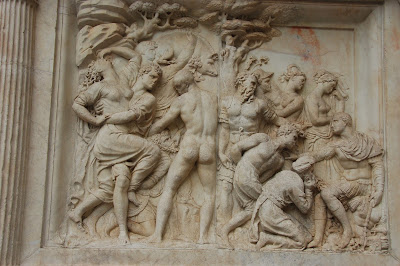 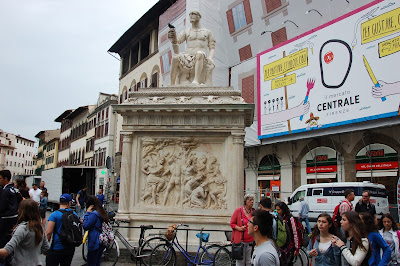 Cosimo de Medici is sitting below far right. In front of him a Muslim showing his respect to the great ruler of Florence.
Gepost door Karel Steenbrink op 05:23