Earlier this month I received from SUGAHARA Yumi, Sophia University in Tokyo the SIAS Working Paper no 23: Comparative Study of Southeast Asian Kitabs. The booklet has three studies on texts about the Ascension of the Prophet Muhammad, Isra' Mi'raj. The longest is about Indonesian  texts, from traditional kitab Kuning to modern comic books for children. KAWASHIMA Midori has a text from Mindanao Kabarol Akirat .. which describes the great Day of Judgment but also the Ascension Tale with special attention for the tortures for women in hell and also quite long about the big tree between this world and the hereafter, the Sajaratul Yakin. Most interesting for me was a short text from Ahmad Ripangi about the Ascension Theme. This contribution was written by SUGAHARA. In eight pages she gives a short general image of the independent preacher, also a popular poet and good singer and story-teller who created single handed a distinctive tradition of Javanese Islam on the North-coast. His texts of Tarajumah in the form of a syair, in a mixture of Malay-Javanese, four lines in a strophe, but often quite long lines, are meant to be sung by musical instruments, drums, flutes. I wrote a whole chapter about him in my book on the 19th century ( Beberapa Aspek tentang Islam di Indonesia, abad ke-19, 101-116) and this chapter was published by the group as a small booklet. In early 1988 I was invited to come to their place in the southern suburbs of Pekalongan. At that time they could openly express their sympathy for the 19th century saint who was sent into exile in 1859 (partly because the Dutch colonials were afraid that something like the Indian mutiny could happen in their territory as well). Ahmad Djamil wrote his dissertation about this person. I wrote a short article in the 3d edition of the Encyclopaedia of Islam but now I feel that much more research on him has to be done and this small article is one such contribution. 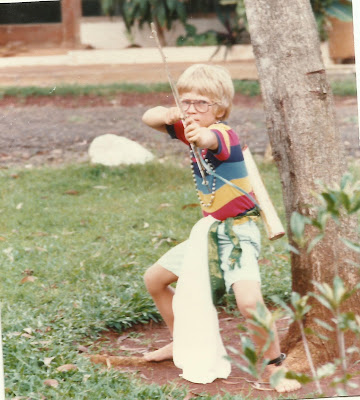 Shortly after I received the small Working Paper, another gift arrived min Utrecht, sent from Tokyo by Yumi SUGAHARA. It was the new translation of the Old Javanese Ramayana, by Stuart Robson (on the new transliteration by Willem van der Molen). In great format, good and solid binding and 812 pages it is a pleasure to have it as a real book: in this format books will survive!
The story of Rama, Laksmana, Ravana and Sinta is still very popular in Indonesia, in wayang kulit also in the dance of life persons at Prambanan. Above I put a picture from 1981 where our oldest son Floris in the garden of our house in Jakarta-Ciputat (at the IAIN premises) plays a Rama. His younger brother Stijn took the role of Laksmana and together they were fighting against Ravana who had taken away Sinta and killed Jatayu the great and wise bird. 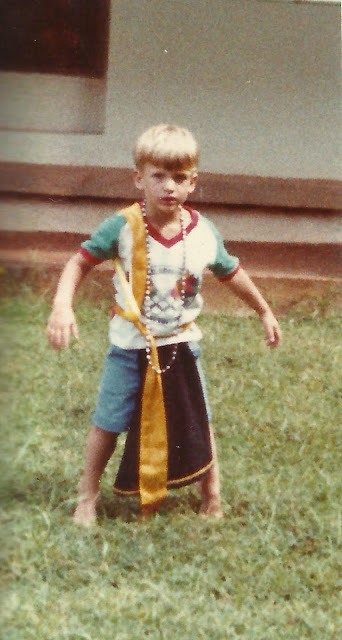 Our boys were at that time resp. 4 and 7 years old and had visited the Ramayana plays in Yogyakarta once, but were very impressed about the story. In those years I read some of the Old Javanese epic stories like the Siwaratrikalpa. I discussed it with Hans Teeuw, later also about the Bhomantaka and the Kunjarakarna. I found the very long episodes about fighting here boring and very cruel. Ramayana is different. It is not so much about the gods, the divine figures. It is nearly a humanistic statement. Canto 12 (now it is called Sarga 12) is much debated because it was considered as 'erotic' even somewhat pornographic by earlier generations. Now I found it a wonderful description of the condition humaine, of the basic and universal human attraction between male and female, but also the usual play of being attracted and playing indifference. It has been written in a style where one recognizes the creed of Jan van Baal: we, humans, are not different in all these cultures, whether we call them primitive, classical, mediaeval or modern. Thank you, Willem van der Molen for the transcription, Stuart Robson for the translation and Yumi for sending it from Tokyo to Utrecht!