A Ministry of Religion in Tunisia

During the first week of February 2014 Paule and I made a trip through Tunisia, about which I wrote with some detail in the Dutch language blog. During several events we experienced that the country is still in turmoil. Like Indonesia it had two (too) strong presidents after independence. Habib Bourguiba was some kind of Soekarno, a nationalist who lead the country just somewhat too long. His successor was much worse and especially his wife, Mrs. Trabelsi, the 'witch of Carthago' is much hated. Since the Arab spring, starting in December 2010, there is a administration of transition. For some time there was a strong Islamic An Nahda party who had much power, but this party has now been put out of the centre of power and a quite liberal government of technocrats was installed. Still, in the period An Nahda could execute its influence the budget of the Ministry of Religion was raised about 50%. 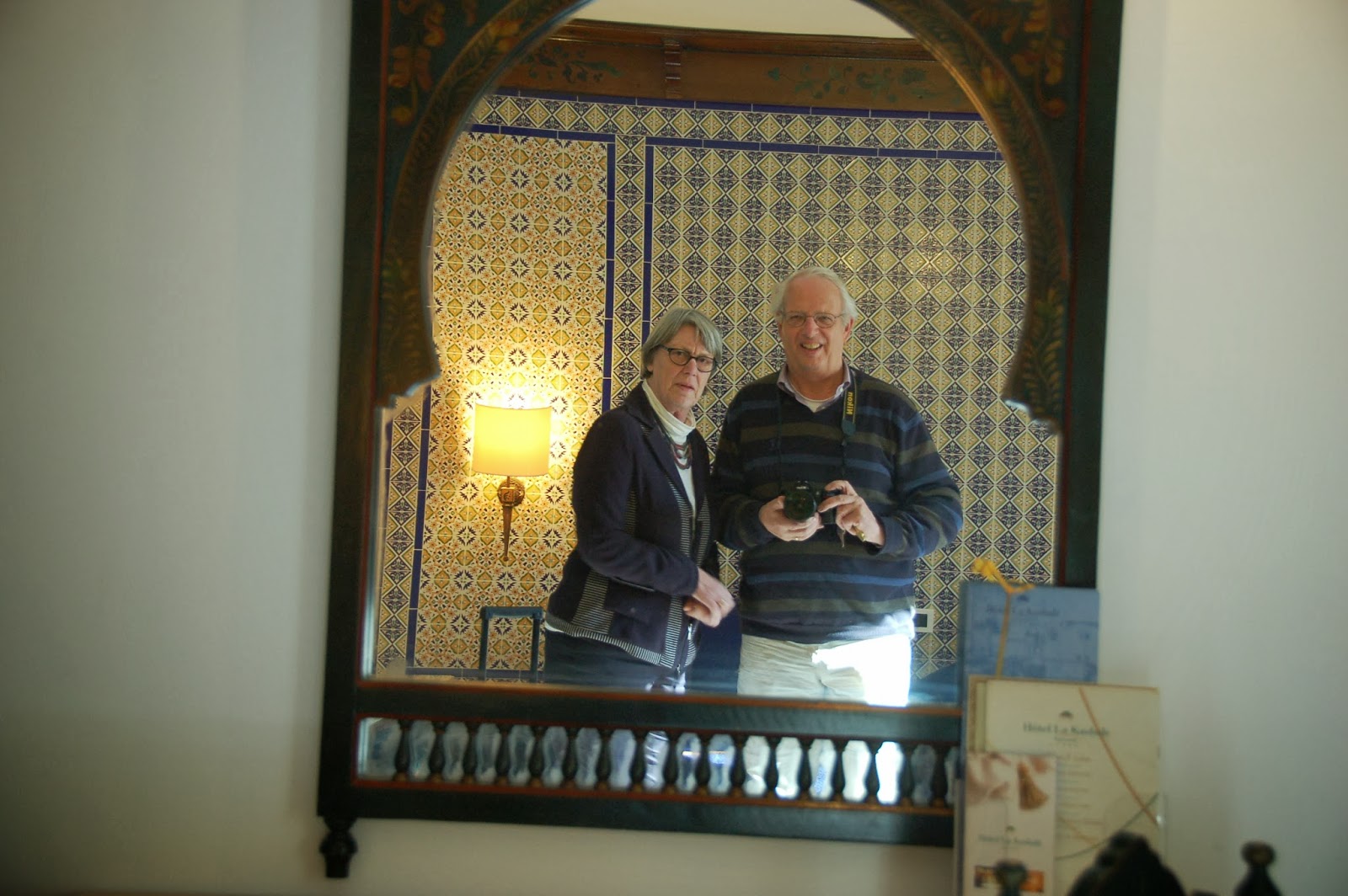 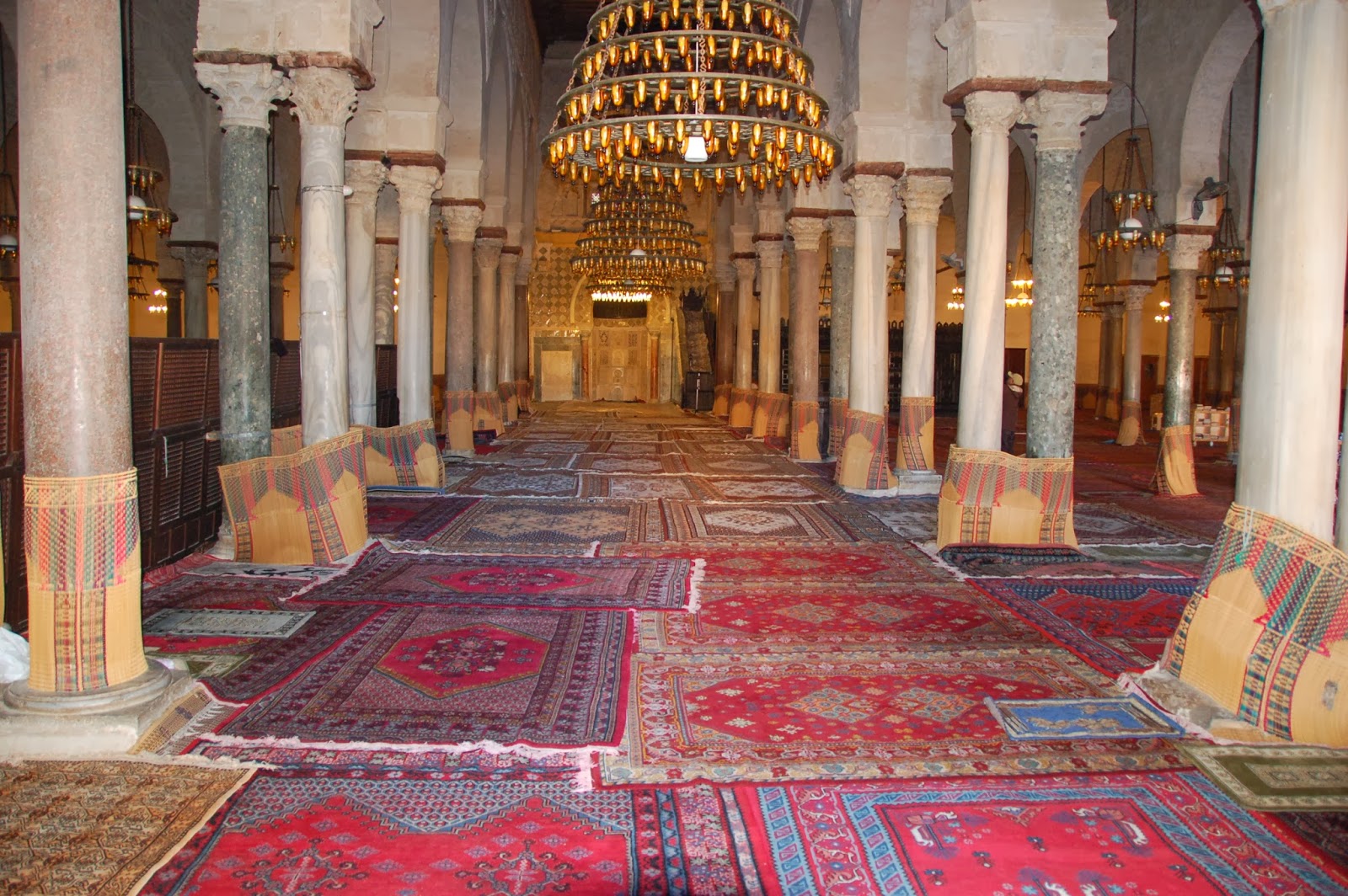 In Qairuan we stayed in the old Kashba, not turned into a five star hotel. Paule and Karel Steenbrink are here looking in a mirror with some 'Islamic' decorations. Below is the beautiful mosque if Qairuan, not to be entered by non-Muslims.

I bought a magazine Leaders about modern society and politics in Tunisia. Issue no 32, Janvier 2014:82-9 had a nice debate on religion in the quite secular and liberal country. Like much on the intellectual side of life the article is in French: La mosquée peut-elle se substituer à l'école? Can the mosque become a substitute for the school?
The reason for this article is the debate in parliament about the role of mosques in society. According to the draft of the bill the mosque should be more than a place of prayer: like Sidi Gazalba once promoted in Indonesia, the mosque of Tunisia should also be a place for education, fighting against illiteracy, for science and culture. It has to control public morality (a fear for a shari'a police like in Saudi Arabia). The author mentions the PISA research about the quality of edication (Program for International Student Assessment) and asks why no Muslim country has a high score for mathematics: 613 for Chine and a low 388 for Tunisia. What mosque will be able to stimulate this ability to become higher?
Israel is often mentioned in this angry article, because it fully participates in European research programmes. The author suggests that Tunisia should also try to join these programmes, because it is not necessary to be member of the European Union to participate in specific programmes. 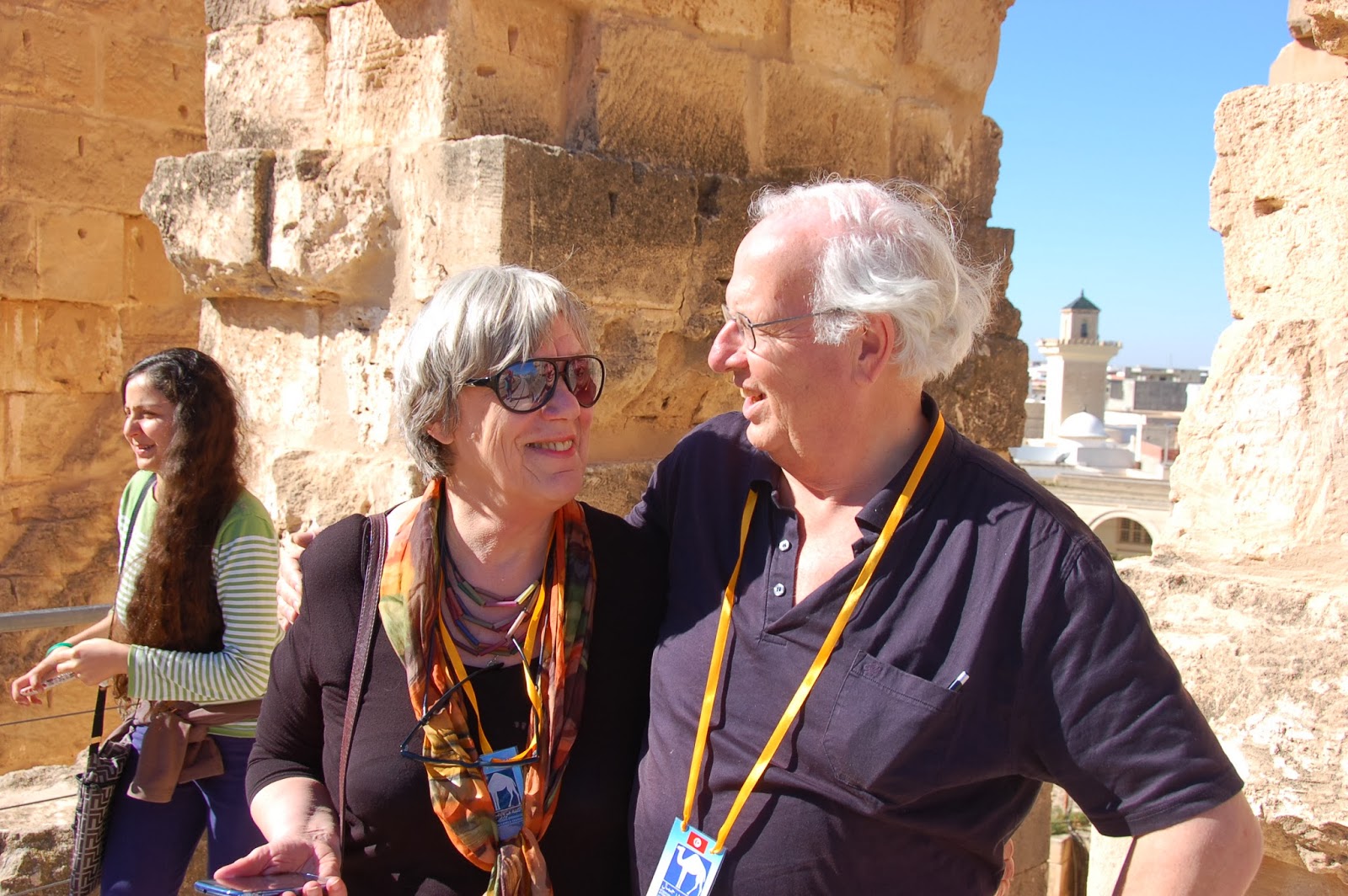 Here Paule and I stand in the magnificent ancient Roman theatre of El-Djem. Indeed, we felt that Tunisia is really a Mediterranean country, home to much of the ancient Roman culture and the Hellenistic traditions. We attended the commemoration of the killing of one of the opposition leaders; we saw roads blocked by the police in an effort to find his killers (and they were found at a distance of the 5 km from our hotel, he saw on television and could in the newspapers). It is a nice country and we wish it a modern, peaceful and bright future.
Gepost door Karel Steenbrink op 01:15