Last months I have given attention to several important personalities. I have accepted some duties for the great project CMR, Christian-Muslim Relation, a Bibliographical History. Five volumes or some 4000 pages have appeared for the period 600-1500. Now the 16th century is under preparation and I am writing entries on Erasmus and Michael Servet. I have written about them on my Dutch-language blog. Erasmus wrote many letters: some 3000 (over 30 years, 100 per year) have been printed and they can consulted also in translations. I like the mild and pragmatic tone of Erasmus. Although he can be sarcastic, somewhat cynic, he always has a view to middle of the road solutions: not a dogmatic, but a pragmatic irenic and pacifist attitude. Better no war against the Turcs, but first unity in Europe and if war is necessary the religious institutions must abstain (also the Vatican State, where Pope Juluis II was a true warrior!).
Servetus was a multi-talent like Erasmus, even more: good in medical science, geography, but a fanatic enemy of the doctrine of Trinity. I consider the doctrine not suited to be used in this century, but do not agree with his solutions and also not with his hard estimation of what happened in Nicea: it was manipulation of secular rulers, of religious leaders, but he should have known that real life is like that!

A few weeks ago I did some work on Frans Seda, but last weeks I also read more about Djohan Effendi. There is an 800 pages Festschrift, Merayakan Kebebasan Beragama, a nice volume with personal summaries of all suras of the Qur'an, but I found most interesting the biography Sang Pelintas Batas. Biografi Djohan Effendi written by Ahmad Gaus AF (with 12 extra personal contributions by friends). All in totalling some 2000 pages. 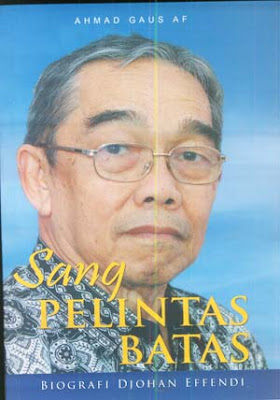 In the beginning there is the complaint by the author that only Greg Barton has given attention to DE as a thinker as to himself, at the same level as Nurcholis Madjid, Abdurrahman Wahid. For many others he is a facilitator, stimulator, editor, but not the thinker per se.
We can add some notes for this. First of all most Indonesian progressive thinkers were not authors of books, but rather of articles. They do not present a full system of ideas, but rather remarks, ideas. We should say, they write columns rather than text books. Djohan Effendi wrote many pieces, speeches for the president, and other high officials, but they were not presented under his own name and are never collected into his Opera Omnia. These texts show his realism: not only radical ideas, but proposals that were sometimes deleted, oppressed, but often also spoken and published as policy of the Indonesian government.
He was a seeker: from PERSIS to Ahmadiyah, but never a prisoner or a full addict: he liked the liberal thinking of Ahmadi people, but did not like their blunt polemic writings and talking. He was member of HMI, but wanted to stay away from politics.
Most impressive is his sober lifestyle: he lived among high officials, but was simple with money, did not seek his own profit. 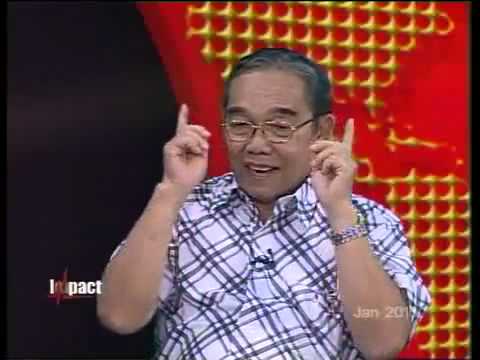 The nbiography is extremely interesting for anything related to  Departemen Agama and its institutions, like PHIN, PTAIN, the predecessors of IAIN and UIN, the Islamic State University.
A nice observation is about banning of spiritual movements like the Tarekat al-Junaidiyah in Amuntai: was declared as sesat or deviating, but not forbidden and there were no measures taken against its leaders and members, no houses burnt (p. 56).  Djohan was someone for small groups: the Limited group witrh Mukti Ali until the group of Kelompok Studi Proklamasi 51.
For the Proyek Kerukunan (stimulated after the failure of 1968) Djohan found it important that religious leaders should know each other, find a personal face behind a name and a function. But he was also happy with the place in the international field that was realized through the establishment of ICRP. He was often angry about MUI, although he studied Islamic Law at the PHI, but he want them as a mediator in conflicts and not as a single and supreme judge in the field of religion. Therefore he also wanted DIAN in Yogyakarta (together with Th Sumartana and Elga Sarapung) and MADIA in Jakarta.
Djohan loved Indonesia, but in small steps migrated to Australia: for a better education for his children, helped by the possibility to write his PhD Thesis in Deakin.
Djohan strongly protested against the restriction to five religions only. One of his best known speeches was about this theme: when he was elected as a Senior Researcher by the Ministry of Religion  in 1993 (page 329 and various other places). Confucianism in Indonesia must be thankful to his open mind and continuing struggle for recognition. As a tribute to him I will in another blog translate his reaction on the fatwa of MUI against the Ahmadiyah.
Gepost door Karel Steenbrink op 05:40