Suhadi and the Abangan of Surakarta

The second doctoral dissertation this week was today, 28 January, in Nijmegen. (Cholil) Suhadi gave his dissertation the long title: I Com from a Pancasila Family. A Discursive Study on Muslim-Christian Identity Transformation in Indonesian Post-Reformasi Era.
He put 24 groups of Muslims, Christian, or mixed together to talk about each other and so to define perception of the other. He is more positive than Mujiburrahman who concluded Feeling threatened. There is more nuance in his work, but all anonymously, not historical like Mujib did. 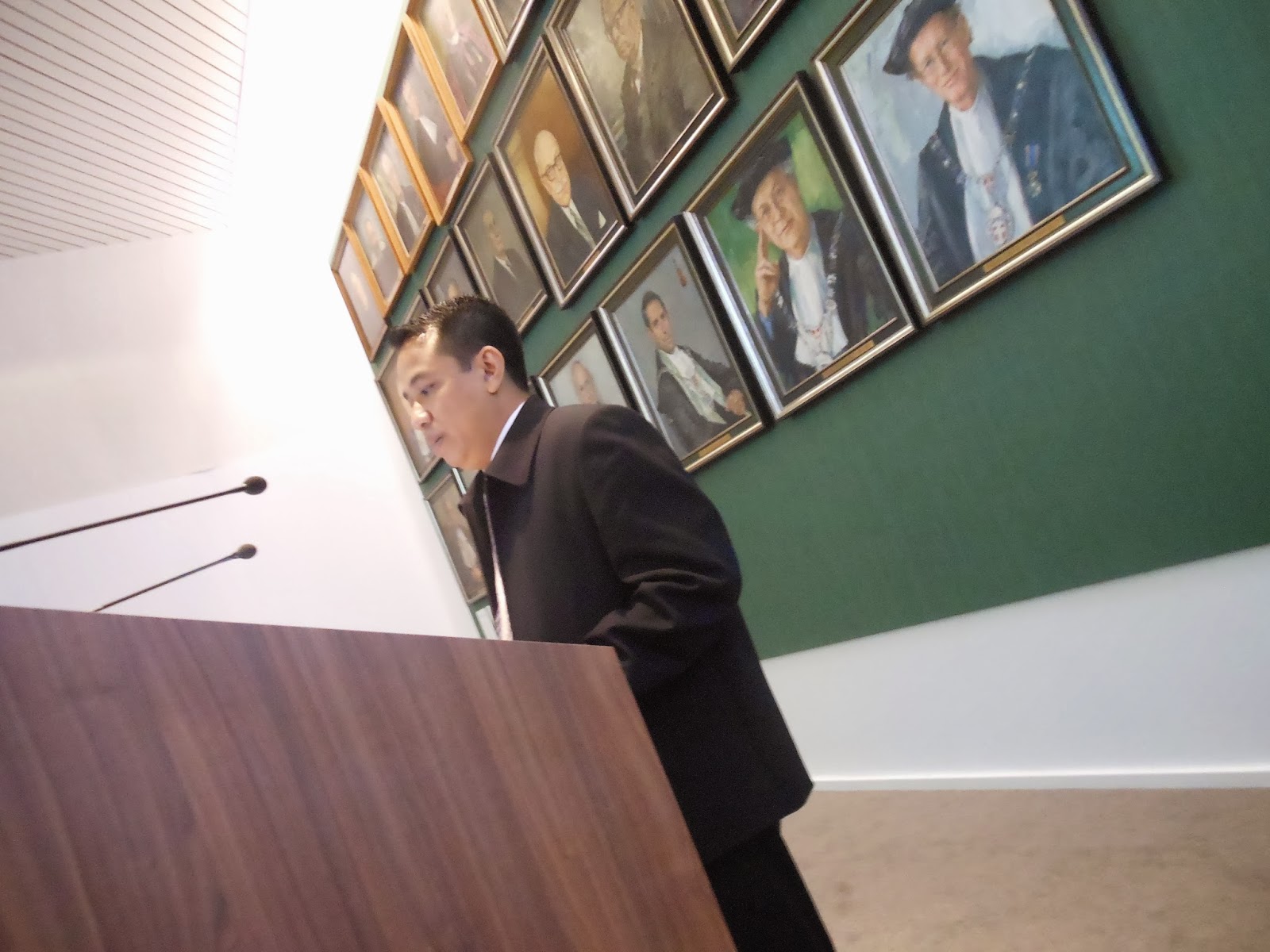 Nijmegen has not the great quantity of paintings of former professors, but overall the setting and procedures are similar in both universities.
I quote below from my notes and questions for Suhadi:

Dear Suhadi, Dear/geachte promovendus. Your dissertation shows a fresh approach to an issue that has been often studied during the last two decades, Muslim-Christian relations especially mutual perceptions. The dogmatic positions of some religious parties as well as the political decisions by local and national leaders have been described, besides a number of local conflicts. A nice book on this theme by Mujiburrahman has the title Feeling threatened. (Utrecht dissertation 2006). Mujiburrahman described how many Muslims express the danger of Kristenisasi by Christian missionaries. But also how Christians are afraid that they will have no longer freedom of religion. Feeling threatened.

Your study gives a deeper insight and more nuances. I summarize as if you say: the others are indeed dangerous, but quite a few of them are good guys, reasonable and tolerant. One keyword used by your respondents is here abangan. (see page 217, where you talk about the ‘conversion’ of Merle Ricklefs). In 2010 Bob Heffner, well known to you, wrote an article with the title: ‘Where have all the abangan gone?’ Apparently he saw only hardliners, besides quite strict Muslims, but no longer the many abangan. My question to you is: could you defend to Bob Heffner that there are not only still many abangan among the Muslims of Solo, but even quite many among the Christians?

In the title you refer to a Pancasila family: after 1998 it seemed as if the strict power of Pancasila had gone: Muslim and Christian parties returned, Pancasila was no longer important as an asas tunggal or an important requirement for organizations. During the Orde Baru of Soeharto there was much bombastic and irrelevant Pancasila rhetoric, as you state on page 207-8. Could you elaborate more detailed about the weak and the strong sides of Pancasila. How is this positive idea of Pancasila to be reconciled with modern Indonesian reality that in 10% of all kabupaten of districts perda sharia are accepted? 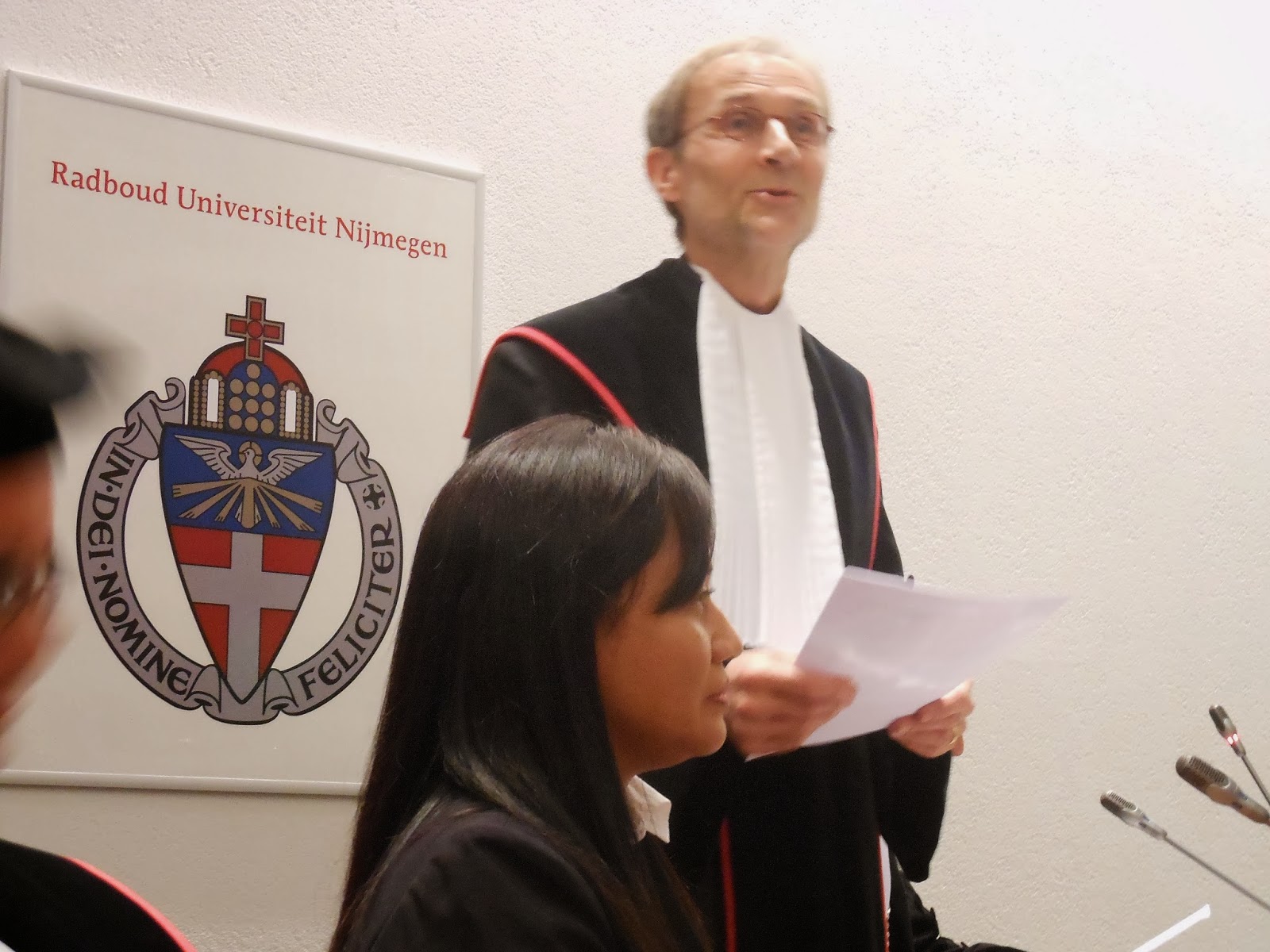 Promotors here were Frans Wijsen from Nijmegen and Dr. Wening Udasmoro from Gadjah Mada University in Yogyakarta, where Suhadi is also teaching at the CRCS, Centre for Religious and Cross-cultural Studies.
Suhadi took all his material from a description of Surakarta: with 23% Christians rather strong in Christianity, but still a minority. However, in all other towns of Java the number of Christians is much smaller. He did not really go deep into the historical causes for the special case of Solo. The book is much better than the ceremony of the defence: a quite strange ceremony where in 45 minutes seven professors put difficult questions, often quite theoretical with heavy technical terminology to a candidate they often did not ever meet before.
Anyhow, it is a nice book about real people, how they live together, how they differ in their attitudes. Selamat pulang ke Yogyakarta! And isn't he a nice guy? 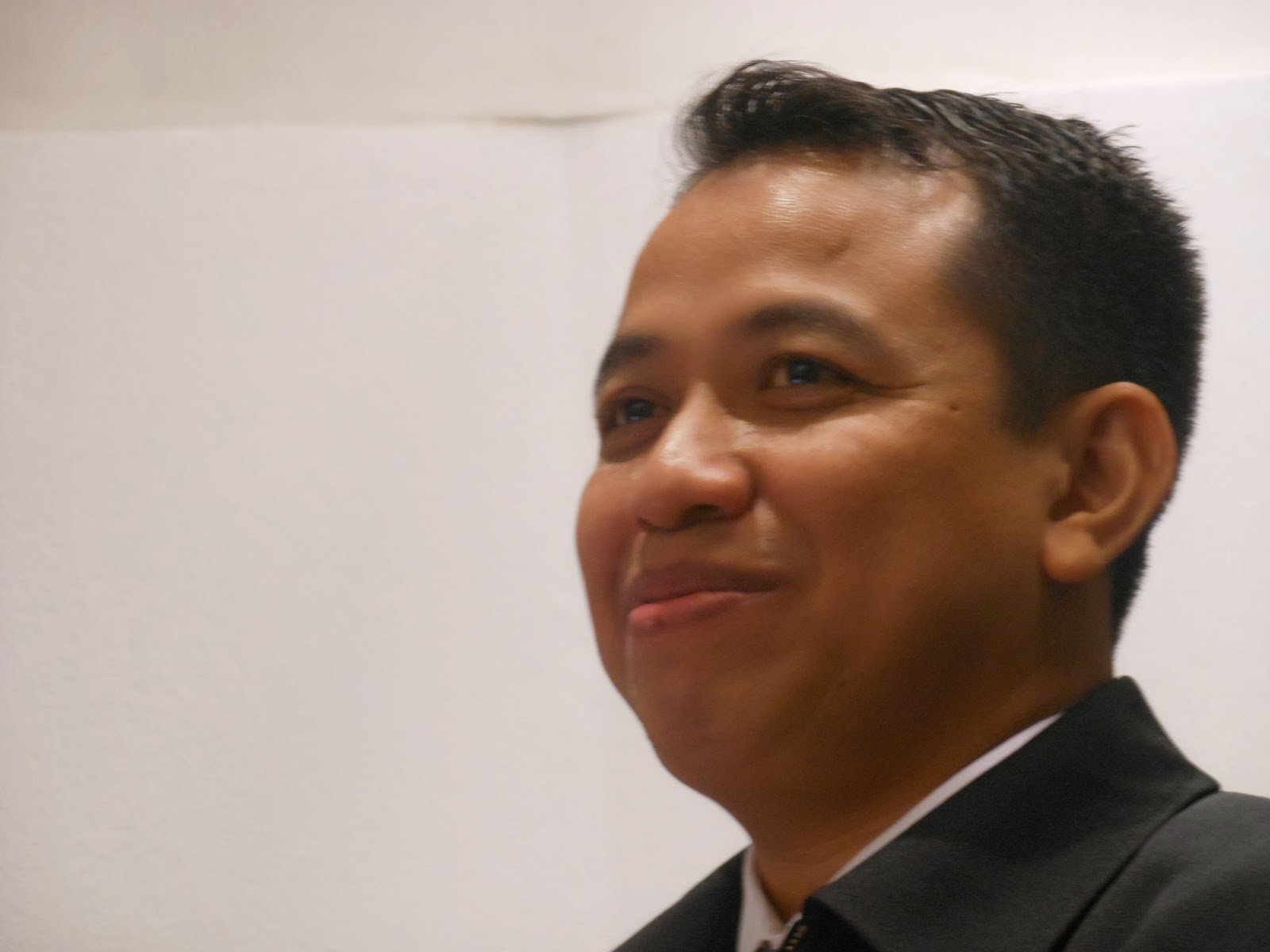