Private and public stories of The Killings in Indonesia, 1965-6

In March 1970 a started my first research in Indonesia. During a full year I travelled through Java, Sumatra, stayed for days and weeks, finally three moth in the pesantren of Gontor. I wondered why I had no problems with colonial suspicion, why I was easily accepted as a foreign, Dutch, Ph.D. student by people who had experienced the colonial oppression. I never thought about the killings of 1965-6, even not in Gontor, East Java, a region where the Anshor, the youth movement of Nahdlatul Ulama had been instrumental in many of the killings. 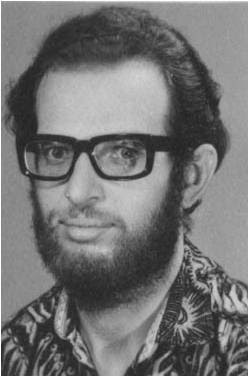 There was little electricity in Gontor. Only in the evening between 6-10 pm there were lamps, but no possibility to put my electric razor in a contact. After initial efforts to use a razor blade (too much blood!) I started with a beard.

In mya second period in Indonesia, 1981-8 I was a lecturer at theIAIN, State Aacademyc of Islamic Studies (now UIN) in Jakarta and, since 1984, Yogyakarta. In the first period there were some problems regarding my liberal views about Qor'an interpretation (too close to John Wansbrough..) and some fellow lecturers considered my appointment as one aspect of the liberal policy of rector Harun Nasution. So, I had to accommodate somewhat and be cautious. Once I was called to visit Timur Djaelani, at time Secretary General of the Ministry of Religion. He had long stories of this USA trip. He liked the Mormons: stanch religious, no alcohol! And he warned me that there were group of lecturers and outsiders opposing the liberal policy of IAIN and considered my position as a good target for criticism. So, I gave an interview to Panji Masyarakat, praising religious fervor in Indonesia and blaming Western Europe for its secular culture. 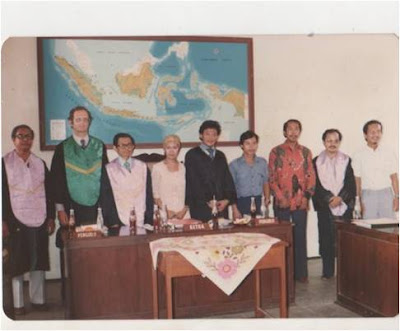 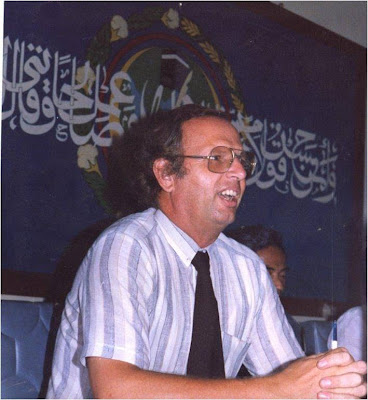 Above an examination at the Jakarta IAIN (at the exam of Herman Hidayat), below in Yogyakarta (with probably Pak Simuh, sitting left of me).

Only in 2006 I asked my closest colleague in Yogyakarta, Usuluddin Lecturer Abdurrahman (who wrote a doctoral dissertation about JIB, Jong Islamieten Bond and was sometimes called Abuddarrahman Wijyakusuma), about his experiences. He told me that in late he was a member of Pemuda Muhammadiyah and HMI. With a group of students he was summoned by an army company to join them to a village. They had to make lists of PKI members or leftists/Communist people. These were later killed: Abdurrahman could evade this fate, but a fellow student who joined the killings later had nightmares and could not find peace.

In the 1960s and 1970s the first debate was about the initiators and the character of the 'coup'. Was it masterminded by Soekarno or the generals themselves? By Suharto?
Only after 1998 a more public debate has started about the reality behind this tragic period. Last week I read the book by Douglas Kammen and Katherina McGregor, The contours of Mass Violence in Indonesia, 1965-1968 (Singapore/Copenhagen, NUS and NIAS Press, but in an Australian series: ASAA, 2012).  The book talks consistently about the Movement, not about a coup, or it should be the coup by Soeharto. Apparently there was much religion involved in the process, most from the side of Muslims, Muhammadiyah and the youth section of Nu, Anshor. Also the Catholics were not without cooperation. P. 92 writes about cooperation , page 116 about the role of Catholics in the general atmosphere in cooperation with ZE Subchan. There is no talk about father Jopie Beek, some about Yusuf Wanandi. In the new book on Catholics in Independent Indonesia, 1945-2010, will give some more details about Flores (based on work by John Prior) and Centra; Timor. This is not a review of the book, just a short personal impression of a work that fills a real gap in my knowledge.
Gepost door Karel Steenbrink op 05:10