It was a very short trip: 2-4 December, barely two and a half day in Singapore, for a conference at the Asia Research Institute, ARI, of NUS, National University of Singapore. The theme was: The Mission of Development. Religion and Techno-politics in Asia.
I stayed in the area between metro-stations Bugis Street and Little India, hotel Village, Albert Street.
I made several walks in this area, as well as in the botanic gardens of Bukit Timah, close to that section of NUS. Marvellous: broad calm streets, nice people, helpful for foreigners. 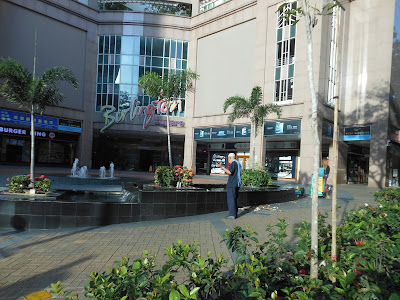 This is about 8.00 AM. A Malay man with a white cap (for a haji?). Cleaning the streets from leaves that had been falling (further Singapore is legendary clean!) 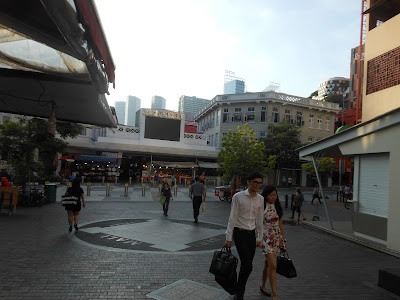 Cars go only on the broad streets between larger blocks, but between them there is space enough for walking, some trees. Still, it may be hot during daytime as well. 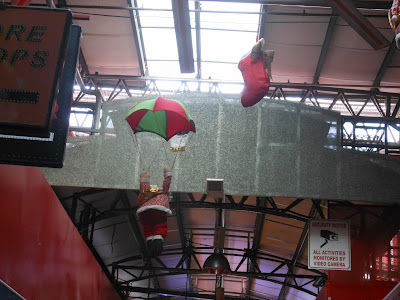 There is some kind of suq, a covered market, in Bugis street. Everywhere Christmas decoration in the American style. In the evening we also drove through Orchard Road, with an enormous rich Christmas decoration. It is light, the Santa Clays, deer, some white snow: a non-explicit-Christian selection of themes of the Christmas holiday. 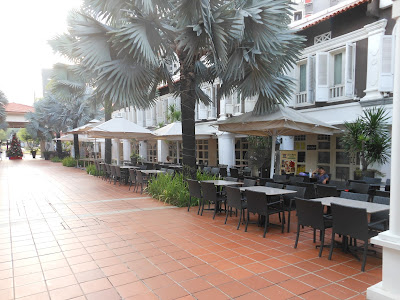 The Village Hotel is a street with shops on the ground floor, while the hotel rooms are on the floor above. There is also a highrise wing, but on the whole this looks like a small scale event. 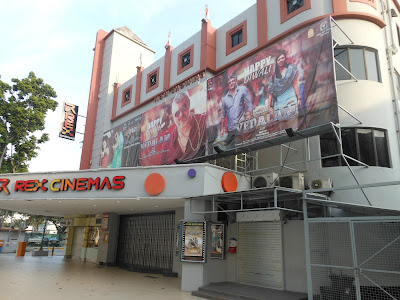 A walk to 'Little India' begins with the cinema, where the banners wish us a 'Happy Divali'. 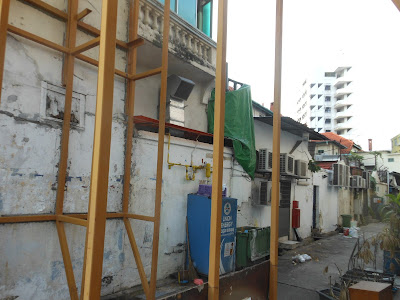 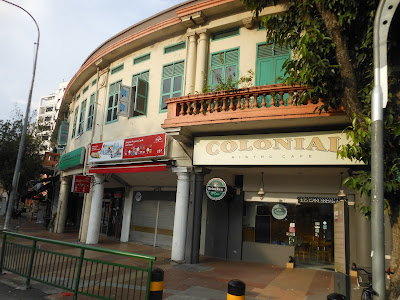 Above is the back side of thebuilding below. It looks from the backside as if there is still a slum area in this section of Singapore, but at the front it is clear that there is some delicate and nice part of old Singapore rescued from the general trend to make everything new in this town!
Gepost door Karel Steenbrink op 01:49