This letter is written as a sign of our interest in you and a wish to continue contact also for the coming year 2016. We are happy with visits of old and new friends, especially from Indonesia in our big house in Utrecht and postpone the plans to move to a smaller location. At this moment Paule and I, Karel, have reached the age of 73 years. We thank God that we enjoy good health. We are no longer able to make long walks of 16 or even 20 km in a day. 10 km is nice as well. Paule needed last weeks the help of the physiotherapist to diminish the pain in her hips, But it is already diminishing and we use the bicycle, make regular walks and hope so to stay in good shape.
We follow the life of our children and grandchildren probably more intense than before the birth of the 3d generation. Therefore we include below first the family of Floris and Inge (in Amsterdam, with Diemer, 3 years and Mette, just one year old). 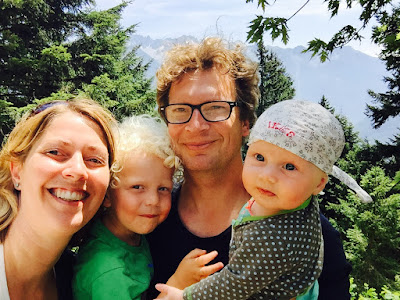 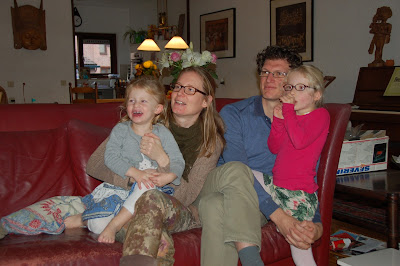 Below follows the family of Stijn and Irene in The Hague with Sophie (6 years) and Maud, 4 years.

For Karel this year 2015 was the Year of the Three Books. At KITLV/Brill. Leiden, the third volume of his account of the history of the Catholics of Indonesia was published: Catholics in Independent Indonesia, 1945-2010. After a Muslim period of 1970-1995, the three volumes were written in the more Catholic period. The last volume is very expensive (€ 192), but is already regularly quoted. The second book was about Fethullah Gülen (as aeditor and author of some 100 pages, together with Gürkan Çelik and Johan Leman). Finally there was the Indonesian translation of his book on the Jesus Verses of the Qur´ān. The books are described in more detail elsewhere in this blog (as also his three academic trips in September to Mana­do, than to Birmingham, in December to Singapore). 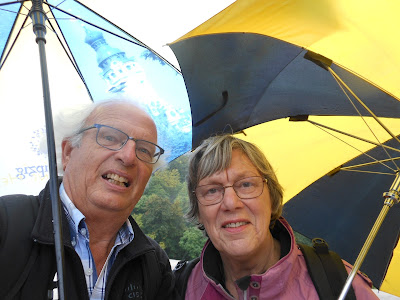 Together Paule and I made weekly walks of some 10 km and also trips to Tuscany in June and to Luxembourg in September, see http://Karelsteenbrink.blogspot.com.
We had guests, read books, saw movies and theatre plays. Much of it has been mentioned on the weblog, some kind of a public diary. Karel continued singing in the choir of St. Johns’ Church in Utrecht. We also frequented some other churches, especially Dominicus and New Love (De Nieuwe Liefde) in Amsterdam. We were even more serious and constant church goers than in former years. Our newspaper mentioned the issue of a new movie: Would the world be better without Islam? Without religion? We do not think so. Of course, there is much inspiring art, literature that is close to religious expressions. And we love that too. There are bad things in religion, but we like to look at the sunny side of it.
We lost friends: Koos Waardenburg, our neighbour Wim Aantjes, Wasim Bilal and Simuh, old and inspiring friends and colleagues from Indonesië.
We wish everybody, the whole world, not just humans but also our infrastructure, nature and the living being in water and on land a good 2016.
Gepost door Karel Steenbrink op 04:36