This morning there was the defence of a doctoral dissertation at Tilburg University. The dissertation  by Maksimus Regus, a priest of the diocese of Ruteng, was on Understanding Human Rights Culture in Indonesia. A Case study of the Ahmadiyya Minority Group. Someone remarked that it was not only 'understanding' but also 'defending' the Ahmadiyyah. The idea of Human Rights Culture should make this defence better.
Regus did not concentrate on theology or doctrine. This is understandable, because it has been studied often enough how the dfifference between Sunni and Ahmadi Islam concentrates on the two issues of Mirza Ghulam Ahmed as prophet/nabi and as the Messiah. 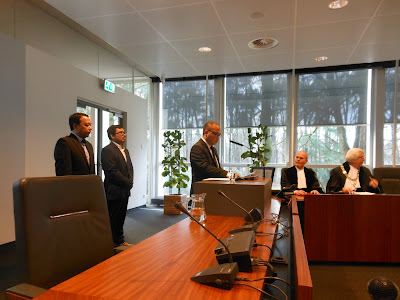 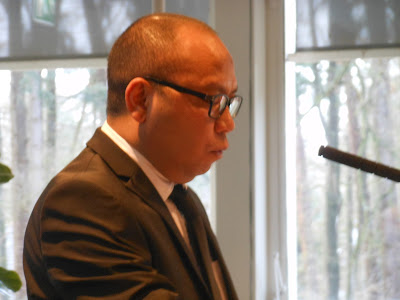 Prof. Tom Zwart of the Utrecht Institute of Human Rights said that Regus had much criticism on the Indonesian government, especially since the MUI in 2005 had repeated that Ahmadi are no Muslims followed in 2008 when the President SBY and the Minister of Religion had taken over this idea and suggested that Ahmadi member should 'return' to true Islam. But on the other side Regus had great hopes on political solutions and the power of KOMHAMNAS, the National Committee for Human Rights. He hopes that religions should be more active. But Zwart stated: 'Law is not the real solution and should not be the first concern. Other vehicles should be implemented.' Especially in Africa,where governments are authorian and/or weak, religions are the backbone for NGOs in the field of human rights. But, of course, the problem with religions in Indonesia is, that the larger part of Muslims under the banner of MUI have given a very severe condemnation of the Ahmadi. 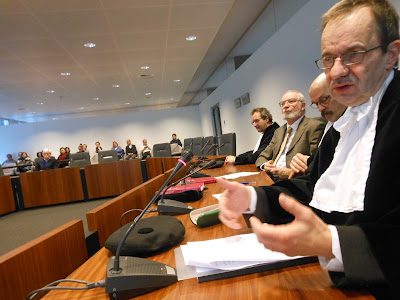 Right here Prof. Tom Zwart, followed by someone who read the questions of Prof. Kees van Dijk (Leiden, recovering from a heart surgery), and Dr. Jans, lecturer ethics in Tilburg.
I had formulated myself a question on the narrow versus broad definition of religions and faith/belief in Indonesia. Also Van Dijk had a question in this direction. The amendments of 1977 on article 28 of the Indonesian Constitution give less protection to kepercayaan (faith/belief) than to agama (religion, often restricted to the big five or six only). Already in the marriage law of 1974 it is only allowed to marry 'according to religion' while the broader concept of faith/belief (aliran kepercayaan) is not included. The recent verdict of the Constitutional Court Mahkamah Konstitusi) wants here a repair. This would perhaps be helpful in the legal sense.
I further wondered why the Ahmadi people are here only seen as victims. In fact there are some very creative and stimulating Ahmadi people, with Bahrum Rangkuti and Djohan Effendi (perhaps also Dawam Rahardjo) as the leading people. But much of Ahmadi ideas and publications is just a repetition of the doctrines that were already formulated more than one century ago. I have to confess myself that I do not really feel stimulated by their rather dull and very strict way of following the Muslim tradition.
Why was Din Syamsuddin nominated by Jokowi to be his advisor in religious harmony? Was it to put him in a position where must be mild and even 'tame', no longer using strong and exaggerated opinions? 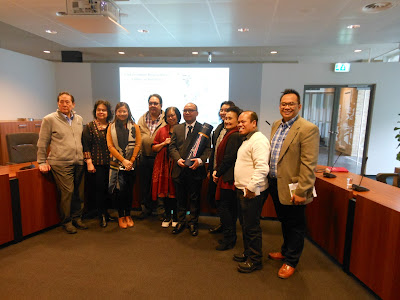 I heard more details of the plan for '5000 Ph.D in five years' of the Ministry of Religion. Each year 1.000 new students should enter a Ph.D. programme, and 30 of these should study in the Netherlands. I heard the idea earlier also in Nijmegen: they are not able to give tutoring to so many students. Also in Tilburg they only can accept a restricted number of Ph.D. students. One will be ready next April 2018: Budi Rahman Hakim (utmost right here), who is now finishing his dissertation on the pesantren of Suryalaya.
Gepost door Karel Steenbrink op 07:48