Lies Marcoes was one of my first students in Jakarta, 1981-1983. She was at that time a close friend of Yvonne Sutaredjo, a Chinese-Javanese student from Surinam. The two were quite exceptional. They were the only female students who went swimming in Sawangan, Not only for sport, but also as a protest against rules for the female students in the boarding house at the Islamic Academy, IAIN in Ciputat.
Lies was very keen on field research and she took for her final thesis the practices of a Libyan brotherhood in West Java. She became the first assistant to Martin van Bruinessen in the project on the 'culture of poverty' in the Sukapakir district of Bandung, one square km with about 100,000 citizens living or rather surviving. Lies and Martin wrote a special issue for the weekly Tempo  that was no a report of poverty in statistics, but in lifestyle and personal portraits.
That was in 1984. Nearly thirty years later, and in a kind of sabbatical (although officially as 'early retirement' from het work at various NGO), she has given us another fight against poverty or at least how to survive in extreme poverty in a book written with the Australian Anne Lockley and beautiful pictures by Armin Hari. I received a copy of the book from Lies during our 'tribute conference' of  18-19 November 2014. In fact, it was not really a gift for me, but rather for my wife. We read it together, watched the photographs and told again stories about the many places she visited for this journey. Most places are known to us: Ende and Maumere in Flores, Makassar and Ambon, Pontianak and of course places in West Java. Lies has made many friends in Aceh and my wife Paule never joined me to a trip there.
This is not a book with statistics (although in the last of the five sections it is underlined that hard figures can be useful in the fight for justice.Its major goal is to give concrete examples that picture in a representative way how women and their children manage to survive, grow up, give help to children and older people. There are abundatly stories of women who ar KK, Kepala Keluarga of 'Head of a Family' because they earn also the living for their husband, whether he is simply a loser, a too pious preacher earning nothing, of simply sick and disabled.
There are also quite a few pages about borrowing money (chapter 5, 112-122). It will be a good and critical appendix to the (too) positive words I wrote in Catholics in Indonesia vol 3 about credit union as the most important welfare activity of the Catholic Church, and other religious institutions, in Indonesia. 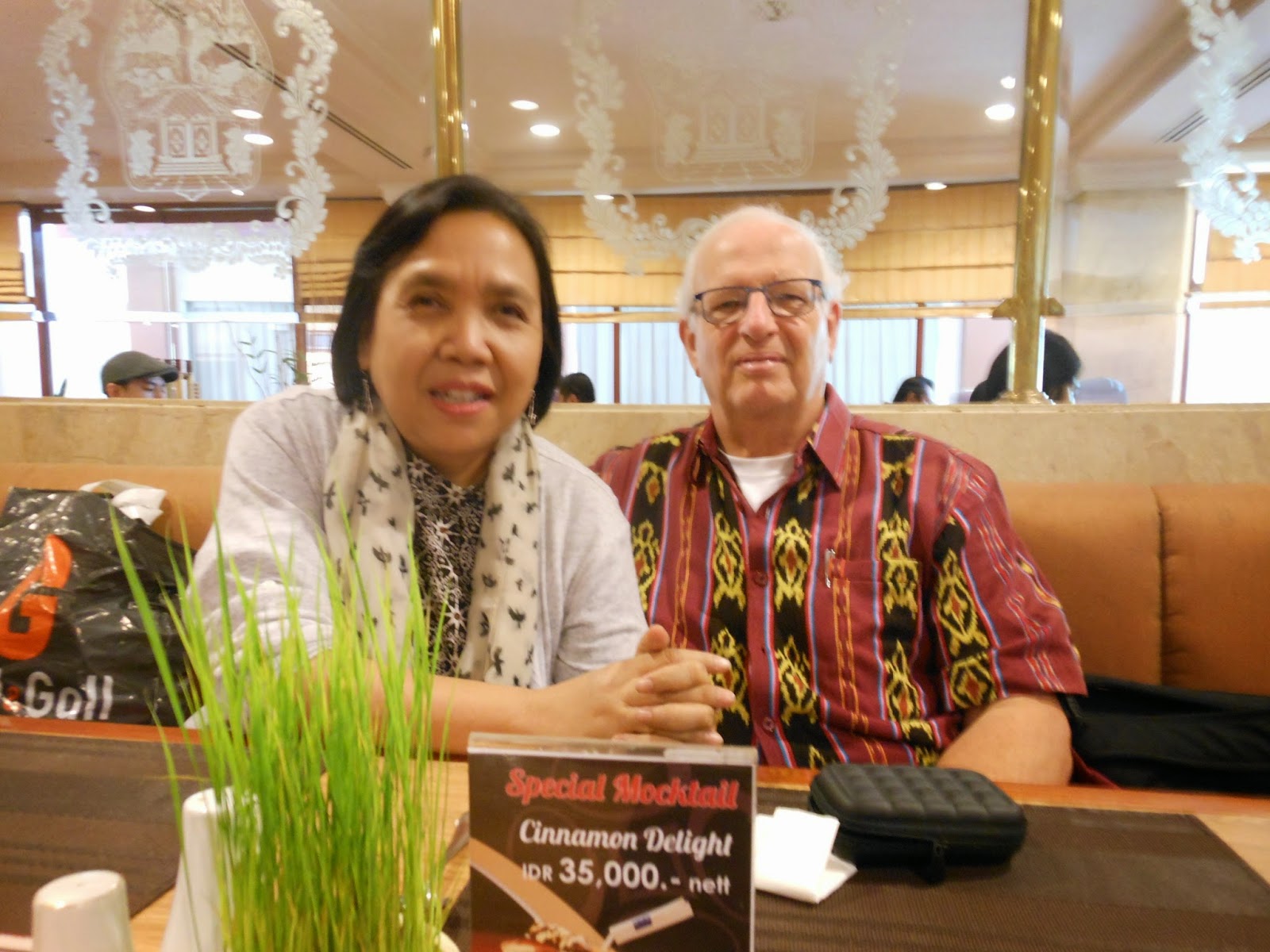 Above: this author with Lies Marcoes in our hotel during the Tribute conference of 18-19 November last year.
The book reminded me in several respects of the funny, sometimes also sad book by Elisabeth Pisani, Indonesia etc. Both women have a good connection with people really below the poverty line. They are not too easy with remedies and know that external help can be very good, but does not help quickly and often not at all. Pisani is very critical about formal religion. Lies did professional study of Islam, but is also very critical about traditiona;l (adat) and religious institutions. She has, like Pisani, a special chapter 10 on religion. I read that of course with more than usual interest. The chapter begins with some nice words about religion: 'Religious organisations are often among the many institutions that try to overcome poverty...' (187). But following this beginning there is criticism because religious activities like collecting funds for Dompet Dhuafa often lacks an analysis of the roots of poverty. Religions often only want to remove female from the dangers of globalisation, but do not stimulate them to become active. Six concrete examples are given of this negative influence of religion: 1. a young woman, Sum, who lost her job because she was dressing in a 'fundamentalist way'.  Birth control was impossible for her. 2. Fira was a qualified pharmacist who had good jobs, but then married a pious preacher who did not earn the money himself, but still wanted her to leave her job. 3. Many criticism about the application of shari'a law in Aceh; very young children, pre-school, are not allowed to dance. 4. Prof. Alyasa Abubakar, one of the architects of the introduction of Shar'a in Aceh has consented that children of women who experienced the punishment of caning also feel stigmatised; 5. in not-recognised sects like Sunda Wiwitan and Ahmadiyah children do not have a biurth certificate and they can not inherit legally from their parents; 6. one Anne in Palu (probably a Christian) had a mixef marriage with a Muslim and the difference of religion was a disaster and caused a break in this marriage. Lies also give some positive examples of prominent Muslims, approaching women. Page 198 is a funny recording of female Muslim leaders who visited prostitutes in Yogyakarta and were shocked to see how these women gave everything for the life and education of the children.
Thank you very much, Lies, for this honest, sincere and vivid book. I will read now in a different way the monthly sold by Utrecht homeless people, also full with their personal stories. Our son Florsi did no marry in a formal way and he had to go the the municipal administration before the birth of his two children, in order to have them formally registered also as his children and to give them a birth certificate, but for him this was an easy thing.
Gepost door Karel Steenbrink op 08:12