Ayu Utami, the Indonesian writer of quite remarkable novels, was last week in the Netherlands. She arrived for a talk at the Ton-tong Fair. At the burial ceremony of Professor Teeuw she read the address written by Goenawan Mohammad. That same day sha also gave a talk/interview on her newest novel, Bilangan Pu. I﻿ still have to read that novel, but now include some observations on her two books about the seminarian/priest/ex-priest Saman. 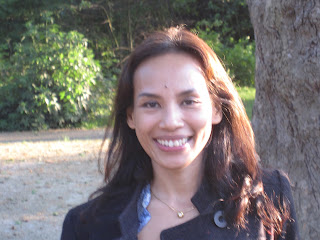 In 1998 the first novel by Ayu Utami, Saman, appeared about the inner struggle of an Indonesian priest, written by the young novel writer Ayu Utami (born 1968). The novel is about a young priest Athanasius Wisanggeni who serves a parish in the inland regions of Sumatra where poor farmers are chased away from their forest and farmland by a coalition of plantation owners, helped by the army who want to start agricultural business. The young priest joins the poor farmers in their protest against the greater business. He is warned by a Dutch missionary, Westenberg:
"The Dutch priest, an expert in Malay languages, continued to tal about duties in the parish. Wisanggeni listened quietly. He knew that he would be reproached for neglecting his duties. Or at least, for being absent when he was needed. ‘I know that you plan to improve the fate of the poor planters in that region. That is good. But serving and supporting the faith of you congregation is also an important mission.’ So he concluded his introduction. Wisanggeni remained silent.  Then he offered his apologies. ‘It is not my purpose to neglect the ecclesiastical work. But I cannot get asleep since I visited that village.’ He wanted to say that he felt it a sin to sleep on a soft mattress and enjoyed good food. It even felt as a sin if he only would pray. He could not stand that he saw economic disaster without doing anything, though it could be repaired with some of his proposals. In a humble way he asked for an opportunity to carry out his plans." (91-2) 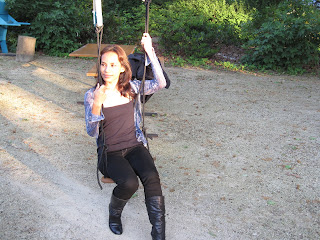 It took some time, but finally the priest Wisanggeni could continue his struggle for the poor farmers. However, the army supported the illegal occupation of territory, burnt the village, killed some activists and the Wisanggeni was arrested and accused of ‘preaching theology of liberation.’ (125) Father Westenberg defends him, but asks also for understanding: ‘we should not expect support from the leadership in our church. The church is in a difficult position. It has terrified many people that we are accused of being infiltrated by the Communists.’ (127) Winsanggeni takes a new identity and calls himself further Saman. He falls in love with one of the other activists fighting for the rights of the poor farmers.
The novel Saman attracted much attention, because of the open discussion of the cooperation of the army and corrupt officials with agro-business. Besides, the quite explicit description of sexual relations made it a bestseller that sold more than 100,000 copies.
In 2001 Utami published a sequel to Saman with the novel Larung where similar themes as corruption, the internal relations within NGOs that fight for human rights, are discussed. Another theme in Larung is the traditional Javanese spirituality, that is even more elaborated in the novel of 2008, Bilangan Fu. Besides a formal, official or recognised world religion, most Indonesian people still cherish a traditional way of life. The formal religion can be seen as the male, austere and commanding side of religion, while the local tradition is more the female, free, creative line of spirituality. In this way her oeuvre can be seen as an attack on the clergy rather than a sympathetic and understanding description. Utami is, however, still quite close to people in the Catholic Church and in 2012 she published a popular biography of Bishop Albertus Soegijapranata.
In fact, I found Larung a quite difficult book to interpret. It looks as if it is divided in three sections. In the first roughly 65 pages Larung is a medical student who looks after a strange grandmother who is very sick, but cannot die, because her magical power keeps her alive. Larung receives some advice from a friend of her grandmother how to liberate her and let her die. This gives some reflections on the end of live, on euthanasia, on a fufilled life. This section is in small villages of the Javanese countryside. 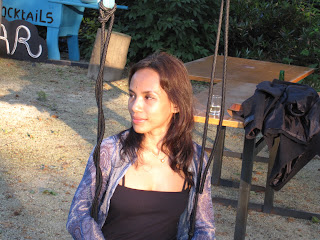 The second section is in the United States and the main figures are four women who talk about husbands, lovers, bi-sexuality (Shakuntala). One woman, Yasmin, married to Lukas, is also fond of Saman. On p, 88 I wrote in the margin: 'more or less like the themes of Desperate Housewives.
The third section is concentrated on four men: Saman, his brother Anson, Larung of the first section, but now he is also an environmental and social activist and Wayan Togog, a Balinese with the official name of Katut Ali Kertapati. Togog must escape from Indonesia, but the final action is not successful and the men are taken prisoner/killed. The rich novel has many side themes like the difficult relation between high ideals to fight for and the wish to have a nice life, to seek fulfilment in love. There are short references to the passion of Jesus (p. 151: lamasabachtani), criticism on Balinese religion: p. 174 'Brahmins are not wiser than low-cast sudra. The only difference is that they have the privilege to become priests.' Is this also a criticism on the privileges position of Catholic priests?
The combination of religion and sex is not unusual in modern literature. Gerard Reve was the most important author in the Dutch scene, but also Jan Wolkers and Maarten 't  Hart shared this interest. Ayu Utami has the somewhat absurdist atmosphere of Reve.
The photographs were taken in the nice garden in Amsterdam North where Utami gave her talk. It was a beautiful night in sunny Amsterdam.