Jan Toorop and 'Melati of Java': a painter and a writer and their Indonesian background

In the small but old town of Doesburg (in East Netherlands, member of the old Hanza Union), an exhibition is held on Jan Toorop (1858-1928). The scenery is beautiful: small but characteristic buildings in the Hanza tradition, like the town hall. 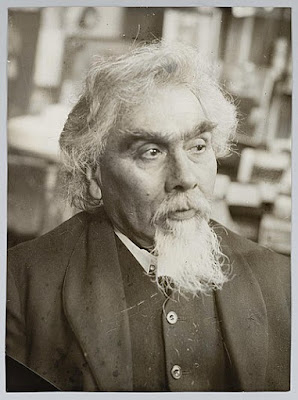 Toorop had a Dutch father and a partly Chinese mother from the island of Banka. He looked very Indonesian, at least to Dutch people. He was only eleven years old when he moved to the Netherlands ion 1969. It is debated how much he was influenced by Indonesia, wayang performances or other artistic traditions. The exhibition in Doesburg was advertised  as a way to see the Indonesian influences in the work of this artist who is also known as a prominent member of Art Nouveau or symbolic art around 1900. In fact we could not see much direct Indonesian influence. 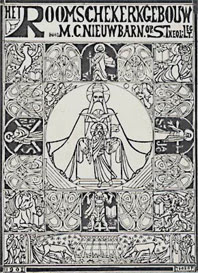 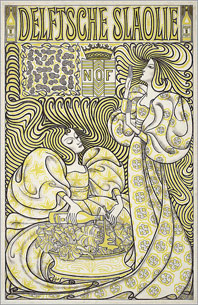 Below we see here the advertisement of oil to be used in salades. Can we see here a remembrence of Javanese batik art? In 1905 Toorop (who was raised as a nominal Protestant), converted to Catholicism and the image of the Trinity above as one examples of this period in his career. He became immensely popular in the Catholic world of the Netherlands, but not much is seen of Indonesian influence. 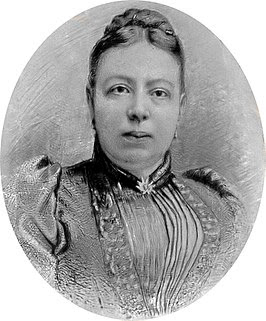 This lady is Nicolina van Sloot, born in Semarang 1853 of pure Dutch parents. Her father was a teacher at a primary school. She followed a secndary school, probably at the Ursuline sisters in Batavia. The family moved to the Netherlands in 1871. Until her death in 1927 she wrote more than fifty novels, most of the under her penn-name Melati of Java. She never married and could live from her writings, because the romantic novels, many about the Dutch Indies were very popular. It was het trademark! She wrote even a novel about the historic person of Surapati, glorifying him as a noble fighter against colonialism. Recently a new biography has been published as a doctoral dissertation: she still has some fame in the Netherlands, but as far as I know none of her books were ever translated into Indonesian.

Want To Boost Your ClickBank Banner Traffic And Commissions?