Chrstian Lange, Professor of Islam at Utrecht University recently wrote a general article on the status of Islamic Studies in the broader field of religious studies (in NTT, Journal for Theology and the Study of Religion). Lange resented that in the tradition of 'comparative religion' Muslim rituals and practices are generally overlooked. Mircea Eliade, Joachim Wach, barely mention Islam at all. Is the classical tradition of Islam too much to linguistic studies, to the standards texts, to the 'dry monotheism' sometimes connected to Islam?
There is also the other tradition in Islamic Studies, sometimes called Popsipedso: not the normative Islam of shari'a and fiqh, but political science, psychology, pedagogy and sociology, the actual practices of Muslims rather than old writings, philology and history. 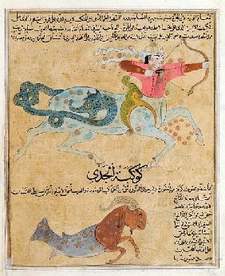 Christian Lange does not make a choice between these two possibilities, although his training and many projects are concentrated more on classical texts than on modern practices. Instead, he puts the more important question  of the character of Islam as a religion. For this purpose he refers to the book by Dhahab Ahmad, What is Islam?The Importance of Being islamic (Princeton 2016).  the definition of religion varies from religion to  region and also from time to time. Protestant Christianity has the most narrow definition of a religion, whil in India the term of Hinduism was never properly defined by 'Hindus' but was a 19th century Western invention. There is not an unambigous normative definition of what proper Islam is: 'the notions of ambiguity and contradictoriness as constitutive for Islam (as also for other religion).
Already in the 1980s there was a serious debates among Muslim scholars in Indopnesia about the 'notmative' and real' Islam. Some of my students in this period asked me also why orientalists have so much interest in aliran sempalan or deviations, heresies, strange figures. I wanted to publish my book on 19t5h century Islam in Indonesia under the title: Paderi, penghulu dan penjual jimat. It was forbidden by my Jakarta publisher Bulan Bintang, on suggestion by Professor Rasjidi: th penjual jimat or amulet sellers are not part of 'proper Islam'.
It is quite interesting to see how the Leiden collection of Arabic manuscripts was bought in the 17th century by Levinus Warner in Aleppo, Damascus, Smyrna and Istanbul: not only the 'theological manuscripts', but also biology, history, geography were important for the beginning Leiden University!