CMR is the project Christian-Muslim Relations, a Bibliographical History. It is an encyclopedic work, in two parts. CMR 1500 were the five volumes published on the period 600-1500. CMR 1900 is the extension for the period until 1914. I entered the programme in 2014, writing two entries (Erasmus, Michael Servet) for the 16th century. For the 17th century I wrote 14 entries.
There is an annual meeting of some 25 coordinators in Woodbrooke, Selly Oak, Birmingham. I was present since 2014 as section leader for the Netherlands. 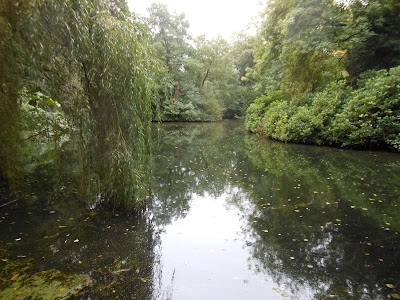 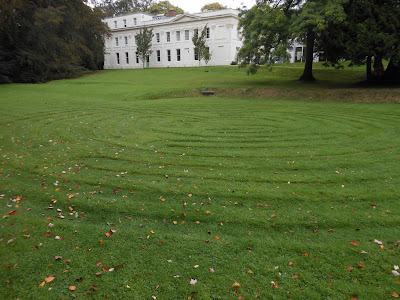 Woodbrooke was the home of the richest Quaker family of Britain, the Cadbury, famous for their chocolate. The 19th century mansion has been extended and is used for many meetings. Together with the annual CMR meeting (25 members) there was a venue of some 80 people who came for the Nontheist Friends Meeting. Quakers in the UK are quite liberal and Buddhism and natural religion as well as ecological concern is important for many of them (notice the labyrinth in the grass field). John Chesworth, long working for PROCMURA (Programme of Muslim-Christian Relation in Africa) remarked that East African Quakers are 'much more firmly Christian'.
A rivulet runs down in the valley and a man-made lake has been part of the landscape for the large mansion. 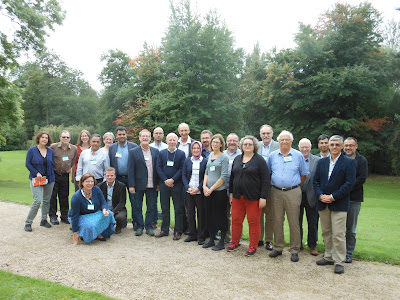 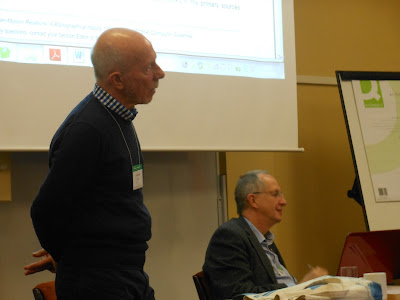 David Thomas (above left) is the intellectual leader of the programme while Chesworth (right) coordinates much of the many writings (per volume about 100 entries and some 4-5 essays, summaries of development). The 17th century will be discussed in volumes 8-11. We are now moving towards the end: 18th and 19th century. A problem is that there are so many items, that it is difficult to contain the material. It can be done in two methods: cluster articles where more authors are discussed under one title. The second is the retriction to more strict 'religious debates' and to leave the more social and cultural differences out of the books and concentrate on the more theological or at least spiritual issues.
There were also reactions against this limited focus. If we compare the two major works of the 'ancestor' of studies on Christian-Muslim Relations, Norman Daniel, its is clear that for the period 1000-1400 he concentrated on theology (Trinity, Jesus as God), while in his book Empire and Islam it is often about the image of women, the idea of 'modernity', colonial system, democracy rather than the traditional theological issues of the mediaeval period.
Merle Ricklefs wrote also about cultural differences in the Javanese perceptions of Western people: 'All their arms branch out and they constantly urinate, those Christians. They wear a pair of servants' trousers and are always dressed: day and night they wear their jackets..'  (The Seen and Unseen Worlds in Java, 1726-49, quote from the Kitab Usulbiyah, p. 302) Not the 'religious distinctions' are seen as the most important, but rather the cultural and social.
This is already seen in the imbalance of the title of Norman Daniel's first work: Islam and the West, as well as in the qualifications of the seven civilisations of Huntington.
Gepost door Karel Steenbrink op 23:50

If you want your ex-girlfriend or ex-boyfriend to come crawling back to you on their knees (no matter why you broke up) you got to watch this video
right away...

(VIDEO) Get your ex back with TEXT messages?