In mid-2000 I was for five weeks a guest lecturer at the Islamic Academy, IAIN Sultan Syarif Kasim. It was a hard time, because I gave about six hours per day courses for some forty up to sixty students in a noisy room. I had to give assignment, do corrections. This experience caused that I decided not to spend my time in this way after retirement. An occasional lecture is OK but teaching courses in such an intense way is not the best job for retired professors! Above all: my wife did not enjoy this period, because she was in a hotel room, while I had to spend so much time teaching. During the weekends we made some nice trips to the palace of Siak, to a very interesting Buddhist shrine in the mountainous region between Pekan Baru and Bukuttingi. But that was not enough to make such a job really attractive.

This was the period of the hard fighting in the Moluccas and the arrival of Lasykar Jihad of Jafar Umar Thalib attacking the Christians of Ambon. During one of the classes I asked my Muslim students whether they new some of these fighters in person. They told me about one or two drop-out students who had failed in their examinations, had no money from their parents, could not earn their own living and therefore were lured by some money and promises of a wife and more money to join the fighting in Ambon. 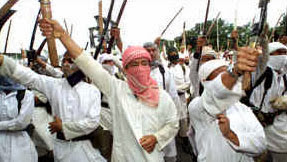 They also told me about a small mosque/langgar with noisy loudspeakers that was built by a salafi group in Pekan Baru. They preached hatred towards other religions, especiallt Christians, but also against the majority of Muslim in Pekan Baru. Once during the night some people from the neighbourhood had set fire to the small house of prayers and hatred and the section of the town was happy that this had been disbanded. 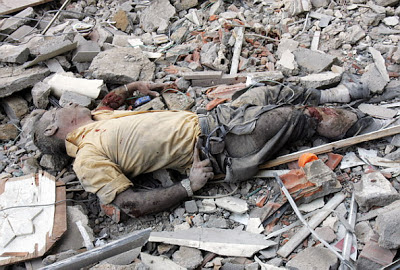 Talking about the Moluccas in Pekan Baru it was clear for my students that this was a debate about a very distant problem. From Central Sumatra to the Moluccas is nearly as far away as Utrecht is from Syria. That is absolutely a different world and my students did not feel that they as 'Indonesian Muslims' in some way would have been responsible for the problems in such 'other territory'.  They did not see a personal matter here for them.
In the Netherlands there is now a debate about Jihad fighters who go to Syria. Some see them as war criminals, suspected of killings and there are politicians who ask that they should be called to court and be sent to prisons. Other people state that of the some 100 fighters already some 30-50 have returned, and have now problems to adjust to the conditions of the Netherlands. Losers who must be helped to build a decent life rather than criminals.
Gepost door Karel Steenbrink op 22:22