Meeting of the European Muslim Union in Rotterdam

Friday 14 and Saturday 15 September 2012 some 60 members of the European Muslim Union came together at IUR, Islamic University of Rotterdam. Main theme of this meeting was The Importance of Education for the Muslims in Europe. On Saturday there was programme with keynote speaker  Prof. Dr. Ahmed Akgüdüz, rector and Dr. Özcan Hidir,  Senior Lecturer IUR. There was information about some funding organization like Qatar Charity, Salamworld, and educational projects in Albania Cyprus, Andalusia, Novi Pazar (in Bosnia?)
I was invoted to give a table talk on Islam and education in the Netherlands and below I include some parts of my talk. 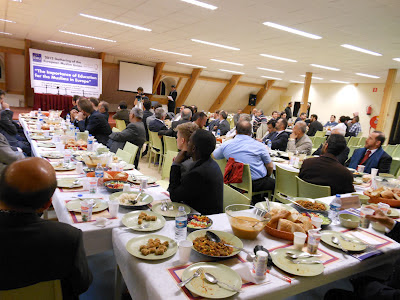 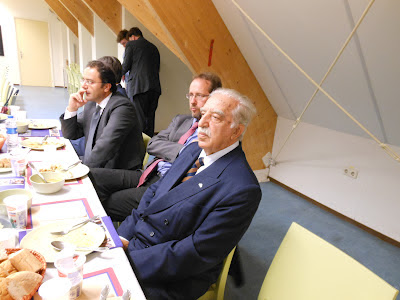 So, aspects of my speech:

1. The prelude: Islam as a provider of medical and natural science
In 1612 Thomas Erpenius was nominated professor of Arabic in Leiden at the university that was established in 1572. He was not teaching to do research related to the religion of Islam, but he taught Arabic mainly as a support for medical and natural sciences, because the Arab textbooks in these fields were still highly praised. In 1644 the gifted but also adventurous Levinus Warner (1619-1665) travelled to Istanbul, where he would stay until his death. He was in the 1650s nominated as the official ambassador of the Netherlands in Istanbul. He collected more than 1000 precious manuscripts, mostly on science and these still are the kernel of the collection of Arab manuscripts in Leiden university. Only later, mostly in the 19th century the study of Arabic concentrated on Islam as a religion. – This is a nice start and it reserved to be remembered, but this is absolute over and a finished past. We now live in a reality where sciences have their autonomy and if we talk about universities and Islam, we talk either about the political reality of the Muslim world or about Islam as a principal player in the spiritual market. 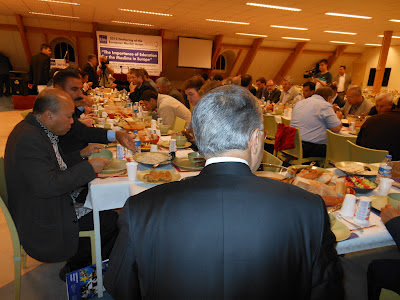 2. The practical needs for knowledge of Islam in the colonial period
From 1596-1942 Indonesia was the largest colony for the Netherlands and the dominant religion in this vast archipelago was Islam. There were three reason for colonial officials to study Islam and this also dictated the academic courses to start a colonial career.
1° There were shari’a courts under colonial rule and therefore sections of Islamic law were studied, mostly in the field of marriage, divorce and inheritance. This field of study is still developed in Leiden university at the Vollenhoven institute where shari’a law, adat and modern national law is compared.
2° For linguistic studies of the Indonesian languages, especially Malay and Javanese, old manuscripts with religious texts were studied. Most western scholars liked the mystical texts much more than fiqh or Qur´an commentaries and therefore they spent much time on mystical scholars. This is a general trend until now in Islamic studies in Europe. When I was teaching at an Islamic university in Indonesia, my students often asked, why the orientalists did like the heretics and the marginal figures much more than the orthodox.


5. The wisdom of two dreams


When I was a student of Arabic and Islam at the Catholic University of Nijmegen, the Jesuit priest Prof. Jean Houben told us about his dream: If all Christians should follow the philosophy and theology of Thomas Aquinas, ánd if all Muslims should follow the philosophy of Ibn Rushd, the two communities would easily live in harmony and mutual understanding.
Another dream was told to me by someone present here, before coming from Turkey to Europe to teach. He saw Said Nursi in his dream, telling him that he should go to Europe to help the Christian to fight secularism, because without the help of Muslims they cannot defeat the decline of religion.
The wisdom of these two dreams is for me that Muslims and Christians also in the universities have to evaluate their common roots and history. But they cannot return to the giants of the past: they must reformulate their message in dialogue with modern science and culture. Also the universities have their duty in this important project: not only to observe development in actual Islam, but also to propose new solutions.