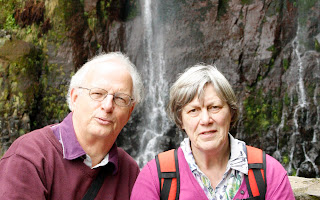 Dear friends, colleagues and even unknown followers of these messages on the internet: Paule Maas and Karel Steenbrink wish you a Merry Christmas and a Happy New Year for 2012. In good Indonesian tradition we express: Mohon maaf lahir batin, we do apologize for all our mistakes, blunders and offenses! 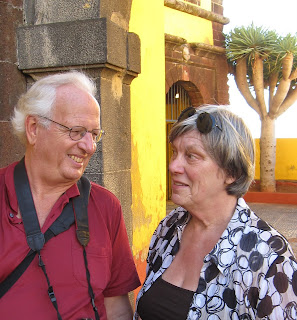 A good summary of the common condition of Dutch people at this moment was given by Paul Schnabel, director of the National Office for Monitoring of Dutch Culture: Dutch people are among the happiest of the whole world as to their personal situation, but they worry about their society. As retired people we suffered during the last year 7% degrading of our pension plan. These are the official statistics, but personally we did not really feel the effect of this decline, due to some extra income from unexpected assignments! We worry about the financial crisis and most of all about the European dream and ideals that are under have attacks from financial markets, but much from weak politics. The continuing influence of Mr Geert Wilders in Dutch politics with his outrageous slander about Islam and Muslims is a daily cause of trouble. We feel not able to counter his influence, although quite many people suggest that we should be more active in this field. The continuing stream of publications about the sexual and other offenses of Catholic orders, priests, brothers and nuns, also was a fierce attack on the integrity of religion in general. It showed once again the ambiguity and dark side of  everything of truth and beauty. There is no absolute and impeccable truth and beauty found in human life.
We are on the verge of our 70th birthday and had to hear the death of two in-laws last year and several other in our family and among close friends who experience the decline of the body and mind. Although average life expectancy rose to 81 for men and 85 for women in our society, we are conscious that we enjoy now the last full decade. 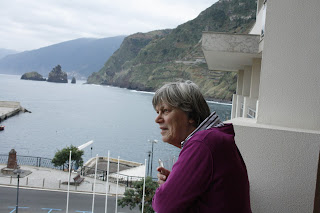 As you may grasp from the pictures, we are happy with good health. Other reports in this blog wrote about trips to Albania (March, for a Gülen/Hizmet Conference), Barcelona, Scotland and in early December we could make picture in lovely Madeira with its beautiful nature and impressive Mediterranean culture.
Also our children were healthy, busy and happy. Floris and Inge are expecting their first child in May 2012 while Stijn and Irene already celebrated the second birthday of their daughter Sophie.
Paule continued her work as editor of our family magazine Steenbrink Times and kept the family together with many reports, contacts and telephone calls, now also with messages on her iPad. Karel could see the English translation (in Hyderabad) of the Jesus Verses in the Qur'an and the Dutch publication of a commentary on the long second chapter of the Qur'an. Besides the Qur'an he continued preparation for a third volume of Catholics in Indonesia. 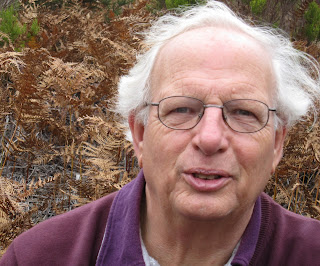