American author Elizabeth Gilbert has written a bestseller Eat, pray, love. One woman's search for everything across Italy, India, Indonesia. The Dutch translation had 26 reprints (some 50,000 copies sold?).
In Italy Gilbert eats (besides learning Italian). In India she lives in an ashram, focusing upon meditation. In Indonesia she lives in Ubud, Bali, where she initially follows the lessons of a healer/teacher of meditation, joins the troubled life of some Wayan, a divorced young lady who sells natural food, gives spiritual advice and is good in massage. Wayan has financial problems and Gilbert collect US $ 18,000. like so many projects of development work there arise a problematic relation between giver and receiver. Finally she breaks her vote not to have sex during one year and takes/accepts a lover from the expat community in Bali. 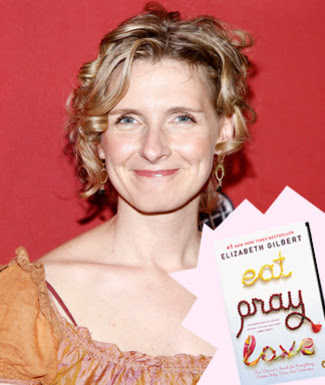 For Elizabeth Gilbert spirituality must be in line with good life now, but also give a feeling of the supernatural. She gets what she wants, notwithstanding a few inconveniences. It is not so much related to the religious traditions of India and Indonesia, but more the way modern American women want it. I read it easily like a sequel to watching Sex and the City. After shopping and some sex and good food, let's praise the Lord, or rather ourselves.
Man 'arafa nafsahu fa qad 'arafa rabbahu, who knows him/herself, knows the Lord.
Gepost door Karel Steenbrink op 01:07