Louis van de Vrande, chaplain for Dutch soldiers in 1945-1947. A war that not did become a Holy War.

In October I wrote already a blog about the recent Dutch debate on the dramatic, dirty and often neglected war crimes of the Dutch in Indonesia, 1945-1950. Next week, 17 November 2016,  a seminar at the Free University of Amsterdam will discuss the role of the churches in this last colonial war of the Dutch. I went to Sint Agatha to see the archives of the MSC priests, for Louis van de Vrande MSC (1901-1971). His diary was typewritten (about the year 2000 by Father Arie Vriens)  and available in the archives of the Dutch religious orders. After ordination in 1935 he went to the Philippines as a missionary, but returned to the Netherlands to seek candidates for the MSC religious order. When the diary begins, in Juky 1942 the Germans occupy the Netherlands. It is a story of cruel rule by arrogant Germans. Then, in mid-1944 the Allied Forces arrive (mostly Canadians and Polish troops). The Germans destroy bridges, costly machinery, the Allied Forces destroy many houses, many people were killed, terrible warfare like we now hear about the conquest of Mosul by the alliance against ISIS.
In  March 1945  Van de Vrande becomes army chaplain for Dutch troops, then still in France to fight against the Germans. In November he arrives in Malacca, in March 1946 in Batavia/Jakarta as army chaplain in the Dutch army. 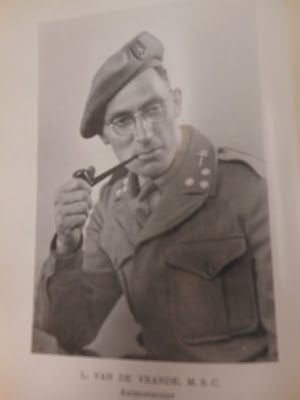 In March-April 1946 he describes twice cruelties by the Ambonnese of the KNIL, the Dutch colonial  army.The first time it is about terrible beating during an interrogation. The second time several Indonesian soldiers are taken captive. One, a young boy of about 17 years, is relieved from his handcuffs and sent away. At a distance of some 8 meters he is killed by four Ambonnese soldiers who shoot in his back. Van de Vrande finds it a terrible act, something that should not happen in the army.  But he does not protest openly. Later in the diary we do not meet such descriptions: did they not happen, or was this man already accustomed to the crimes?
In the Government Report Excessennota of 1969 this event is mentioned and the army chaplain as witness, but not by his name. 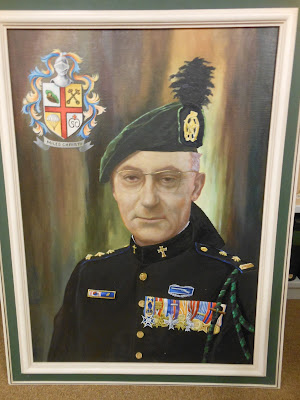 In my talk on 17 November I will talk about several topics. First, about the fact that the war of independence was not about religion. Religion only played a very minor role here, it was between Dutch and Indonesians. I quote Mangunwijaya's Burung-burung Manyar as a sign of this minor role for religion. Second, some authors think that the colonial period did not change fundamentally Indonesia: just scratches on a rock? At least the presence of some 9% of Christians in Indonesia is an important aspect, a by-product of  the colonial relations and infrastructure. Of course, the whole process is more complicated, on the Dutch as well as on the Indonesian side. Third, the Catholics were divided as well  (like the Protestants): in Semarang and Yogyakarta Soegijapranata was as important as Kasimo on the Indonesian side, while Jesuits in Jakarta were often still dreaming of a continuation of some colonial influence.
Gepost door Karel Steenbrink op 06:27