For the 1980s I gave for the MA programme in Jakarta and Yogyakarta a course on itroduction to 'orientalism'or 'Western studies on Islam (in Indonesia)'.  From year to year there were variations but it always had an introduction to Dutch sources on Indonesian Islam: the archives (much administration and police) and libraries (manuscripts of mystical and legal, sometimes also hstorical texts). The emphasis on Duch sources was made because quite a few of them later came to the Netherlnds for a PhD.
In the book that was made after the text of this course in chapter 8 attention was given to non-Duch scholars of Indonesian Islam: first four German (Werner kraus, Olaf Schumann, Wolfgang Karchner, Niels Mulder who was teaching in Bielefeld at the time), some French scholars, British, American (Geertz, james Peacock, James Siegel, Daniel Lev), Australians and Japanese. With the Americans I did not mention Benedict O'G  (O Gorman: indicating his Irish ancestors) Anderson. Later I only read his interesting trandlation and comment on Serat Gatoloco, a funny, somewhat pornographic criticism of the Arab/Islamic tradition in some javanese circles (1981).
Anderson, born 1936, died 13 Decembre 2015 in cool Batu (south of Surabaya/Malang). 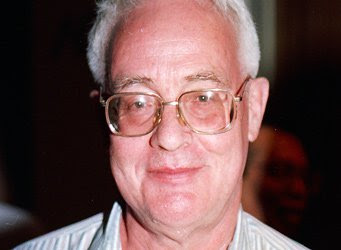 Recently an autobiography by Anderson was spread through a network of Indonesianists: A Life beyond boundaries (published in New York, 2016, after a Japanese translation) and I found this book very revealing. Only the first chapter is about the personality of Anderson himself, his family background (British colonial army in China and Malaysia) and his education in Eton and Cambridge. Nearly by accident he came to Cornell and remained in the Indonesian network. Clifford Geertz is just a decade earlier and there was not much synergy between the two: Geertz was too much involved was formal Islam. There is only one Dutchman praised and criticised; Pigeaud for his detailed book on Javaansche Volksvertoningen is praised because it was real life. But Pigeaud himself criticised Claire Holt because she lived together with the German Stutterheim and caused public scandal for which Pigeaud wanted to have her punished.
The book is mostly a fine criticism of the Yale and mostly the Cornell scholars and their work on Southeast Asia. 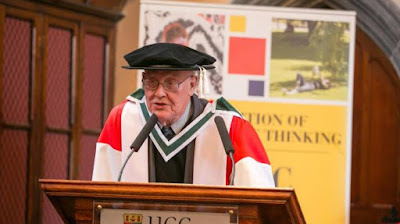 This book was for me the reason to do some more reading on Anderson. I loved his doctoral dissertation Java in a time of revolution: occupationand resistance, 1944-1946 very much. . Just two remarks about the book: it has a strong first chapter on the importance of the youth, pemuda and here he has a nice sectipon on pesantren, the Muslim 'monasteries',  boarding schools, where young boys settled for some months or years to study Islamic culture (6-10) Becoming an adult person in Java had much to do with the pesantren system.  The book ends with Tan Malaka as the most inspiring  peronality (more than Hatta, Sukarno or Sjahrir for Anderson). Tan Malaka was a true Communist, but always pleaded for a coalition with Pan-Islamism and the need for Communists to work together with radical Islamic groups (271-2).
Anderson also published an essay on Religion and Politics in Indonesa since Independenmce (1975). He found the religious people in politics strange: He quotes James Siegel aboud Daud beureueh who was in the later 1940s nominated Military Governor of Aceh. And after his appointment "He simply used the facilities available to him as Military Governor to go on doing what he had been doing all along: traballing from town to town, from kampung to kampung, preaching, giving sermons and addressing rallies." (23).
Anderson was not an author of handbooks, not of rigid theories, but he could place simple facts in a broad perspective (and he was very well informed, through good contacts with the elite: the only 2 1/2 years he lived in indonesia his home was in Jalan Diponegoro in Jakarta with a widow of the highest echelon of officials, close to generals and Communist leaders).
Gepost door Karel Steenbrink op 11:45