A sad meeting of Gülen people in Brussels

A Gülen Chair is one of the many elements of a national branch of the Hizmet Movement (besides schools, dialogue centre, media, charity, journalists and writers association). The Leuven Chair began in 2011 or 2012 with Johan Leman as the first professor. 15-16 March 2016 an International Symposium was held in Brussels under the title of Countering violent extremism: Mujahada and Muslims' Responsibility.
About 60 national branches of the movement had sent representatives and people interested to attend the meeting. There were about some 30 participants from the Netherlands among the 300/400 people. Among the first I met were two from UIN Jakarta: Prof. Dr. Masykuri Abdillah (director of the Graduate School of Pasca Sarjana) and Dr. Ali Unsal, Director of the Gülen Chair at Syarif Hidayatullah (UIN) in Ciputat/Jakarta. He speaks fluent Indonesian!  This is quite different from what I heard about the Gülen school in Semarang, but I was really happy to see and hear this development of a Gülen corner in my first Alma Mater in Indonesia.
For the illustrations of this story I include some pictures of with special hat, turbans or other cover on their head. 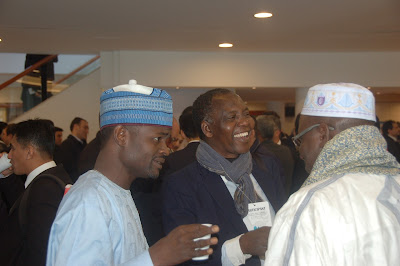 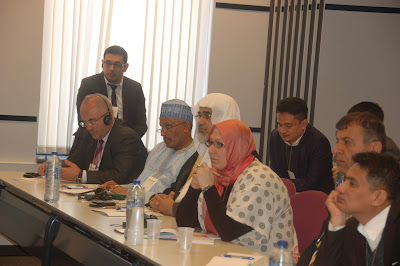 People from the seven Muslim cultures can be seen through this special covering of the head.
The talks, debates in plenary sessions and workshops were all about the specific theme. But in the individual discussions there were many stories about the tragedy of the split between Erdogan and Gülen since mid-2013 (Gezi Park demonstrations). It was not only the closing of Zaman or even the stealing of this major symbol and instrument of the Gülen Movement. Wives of Gülen teachers abroad arriving in Turkey see their passports cut in pieces, because they are on the list of Gülen people. A man who had donated money for a student at a Gülen school: put in prison. The richest business people have lost their property, put in prison and their business taken over by the government. People who donated money to Kimse Yok Mu, the charity of Gülen now know that they will be on the blacklist.
There was a debate about examples in history when such a state attack on a religious organization had occurred. The Jesuits were banned in many European countries between 1760-1820, first in France, Spain, Austria and finally also by the pope and the Vatican. In the 1860s Catholic religious orders were banned from educational activities by the German government (Kulturkampf). It became clair to me that the situation of the attack against the Gülen or Hizmet related activities is much morw widespread and more intense than I thaught until now. 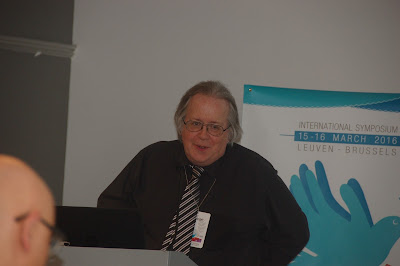 Like with so many Gülen events, there were many more Western academics given a talk than Gúlen people themselves. Paule Weller (above) from Derby University in the UK was one of the best in formulating the difficult subject of what terrorism and extremism, radicalism etc. is.  Below a picture of myself with a Kurdish participant.
In fact we were not even able to give good definitions of the long series of radicalism, violent extremism etc., let alone to formulate a good medicine for this social disease, but it was a good meeting.
On Dutch television Prof. Beatrice de Graaf gave a historical overview of 4 terrorist movements in the last 150 years: 10 the anarchist from Bakoenin, 1870s until 1914: First World War; 2) nationalist movements from Algeria, Ireland, to Indonesia, finally successful, between 1920-1960; 3) leftist movements between 1970-1990 (dying out with the end of Communism). Among these Rote Armee. 4) Islamic extremism since the 1990s. 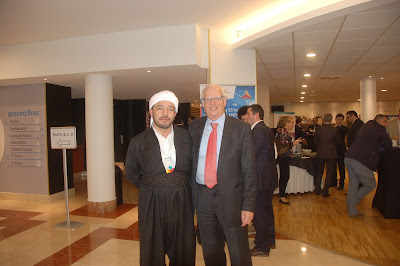