Inculturation or parallel systems: the choice of Marie-Antoinette Willemsen

Marie-Antoinette Willemsen studies anthropology and is since the mid-1990s busy with research on the SVD missionaries who have worked in Flores. In 2005 she published letters sent by Bishop Willem van Bekkum (Rutang) to his family in the Netherlands. In 2006 her doctoral dissertation on anthropologist and linguist/biologist Jilis Verheijen appeared. She has also published smaller work, but now a major work has been printed: De lange weg naar Nusa Tenggara. Spanningsvelden in een missiegebied (Hilversum, Verloren, 2015, 220 pages). 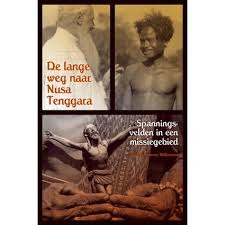 The book has four double portrait for a total of eight SVD missionaries in Flores and Timor. The first chapter is on Frans Cornelissen (1896-1983), founder of the minor seminary of Sika/Todabelu and of the Major Seminary of Ledalero. He is joined by Kees Maas, born 1938 who came to Flores in 1967. He was the first to teach ethics or moral theology in Indonesian and with liberal post-Vatican II views. He wrote in the late 1970s a doctoral dissertation in Rome on celibate life and affections. He caused protests (as if he was defending homosexuality, attacking the celibate status of priests) and he could not return to Flores. Only in the later 1990s he could become a visiting professor in Ledalero.
The second chapter is on two priests who were active in agricultural and social development, Jan Doormaal (1911-1996) and Johan Loeters (1913-1987). In Ende the learned Doormaal was the motor for the many programmes of the Flores-Timor Plan between 1965-1975, financed by German and Dutch governments. Loeters had many problems in Rutang with Willem van Bekkum. Here Willemsen is much more outspoken on this gifted but very chaotic administrator of a diocese, than she was in her 2005 publication of the letters. The chapter is a long chain of nice projects that very often met with problems, were not finished or not continued. Idealism not able to find solutions for the many problems of the poor region.
The third chapter is about two capable administrators: Bishop Anton Thijsen (head of dioceses of Ende, Larantuka, Denpasar) and Antoon Bakker, superior of the SVD missionaries. Bakker (1910-2005) disappears more or less half the chapter, in the late 1960s, but Thijsen (1906-1982) is followed until the end. There are in this chapter, as in many sections of the book, nice informations that I could have used in my book on Catholic in Independent Indonesia, 1945-2010. Among other things there is a quite harsh description of the character and ideas of  Bishop Sani Kleden and a conflict between higher and lower class Balinese Catholics.I like conflicts, because they give good informations about important developments.
The last chapter is about two lay brothers. First is Petrus Laan, best known for his 7000 pages of historical documents and summaries, written in a very nice style. Already the first quotes from his personal letters show that he is an amazing, productive writer of high quality. The other lay brother is Matrianus Klein Koerkamp, the able technician and organizer who served the mission boats between 1947 and 1991. 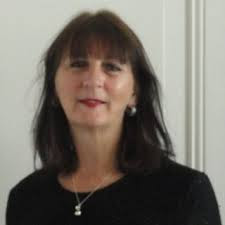 In his book on methodology of Mission Studies, recently published too, Frans Wijsen bluntly says that inculturation is a combination of international Catholic doctrine and local culture, planned from above. Syncretism is a combination of the two, but grown 'from below'. Willemsen likes to follow Susanne Schröter, talking about 'religious parallel systems'. See also my Catholics in Independent Indonesia, 259-267 where I consider the two perspectives as 'mutually enriching interpretations'. In fact it is often not only two systems, there may be even three competing systems, like the one found by Phiipus Tule or four systems, as met by Susanne Rodemeier on Pantar.
Thank you, Marie-Antoinette for this rich book. Will it be published in Engelis and/or Indonesian too?
Gepost door Karel Steenbrink op 23:30