Last weekend I returned with Pauline from Umbria to the Netherlands. We stayed one night in Lausanne, where we visited Jacques Waardenburg and Hillary Killpatrick in their nice apartment with a splendid view on Lake Leman with its background of the white mountains of the Alps.
I know Jacques since 1978-9 when I was the organizer of the course for nine IAIN staff who came to Leiden to experience the Western tradition of religious studies. Among them where Muhammad Chatib Quzwain (later a dissertation on al Palimbani; Secreteray General of the ministry of religion), Chalidjah Hasanuddin (later a disseration on Jamiatul Washliyah, a movement in Medan), the late Husnul Aqib Suminto (, died already; a nice dissertation on Dutch religious policy in their colony) and Alfani Daud (also already deceased; dissertation on popular or 'tribal' Islam in South Kalimantan). Jacques Waardenburg gave lectures to them and personal advise to Burhanuddin Daya on comparative religion. 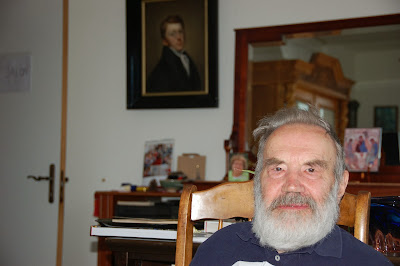 In a later phase, Waardenburg came to Indonesia. I remember a trip at the period when we lived in Yogyakarta. He wanted to have an experience of the countryside an traveled by train to Bandung and further to Yogyakarta. We had nice discussions with Prof. Dr. Abdul Mukti Ali, the former minister of religion, with a Master of McGill, where Koos already had worked. Koos was not the person for places of pilgrimages, for attending services or lectures in a mosque, but for the academic debate with qualified Muslims. He was always seeking models of understanding, a combination of local facts with general theories. In fact he was seeking the general discourse and understanding of scholars of religion, rather than the simple facts or the bewildering rich variations of religion in their actual status. 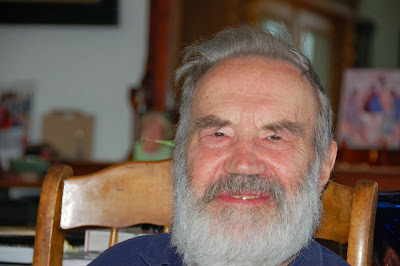 In 1986 or 1987 Jacques moved from Utrecht (a heavily orthodox reformed faculty with little interest for Islam or Comparative Religion at the time) to Lausanne. I later had the impression that he somewhat regretted this radical move. Also in Lausanne a theological faculty educated Protestant ministers and they were in small numbers in the divided landscape of the Swiss districts or canton. But he could find financial support for projects: I attended twice a seminar in Crêt Bérard, a conference centre in the mountains north of the great lake. In 1991 the theme was Muslim Perceptions of other Religions throughout history. In 1995 the theme was on the period 1850-1950; the third in 1997 was on perceptions of Dialogue.They were all published in welledited books, because Koos was always seeking publications.
One academic colleague wrote about him in a German Festschrift as Der fliegende Holländer, because Koos was an arduous and eager visitor of conferences, a true Flying Dutchman.
He also had an immense library and was keen in collecting material for his archive. This will be kept in the National Archive in the Netherland (Haarlem section where the academic archives are kept. 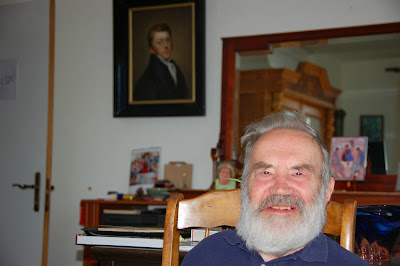 Since 2008 Koos has started suffering from Alzheimer disease. He is still able to live in his own apartment, thank to the dedication of Hilary, although it become somewhat more difficult now. He has still the vivid look and sometimes strong voice, when he feels that an important new fact or interpretation is brought forward. But we can imagine and sometimes conclude, that it is more the continuation of an old habit than the keen and critical review of his former period. The enemy in his head is working slowly but without respect for his energy and his strong memory has gone. Still he looks as if he is glad, curious even, wanting to keep updated. Below a last picture with Hilary and my wife at the dining table. We wish them all the best life still may give to them. 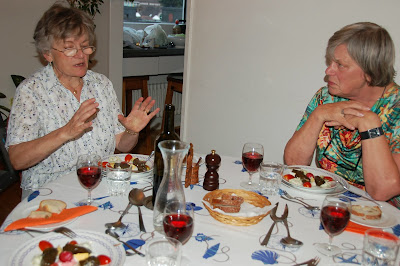